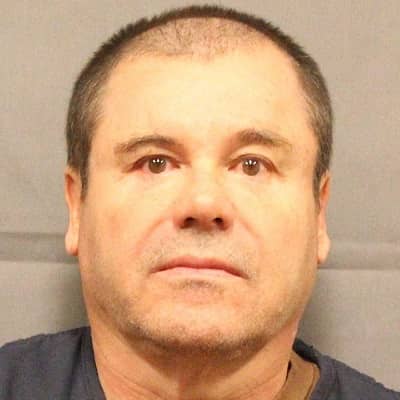 El Chapo is a Mexican drug lord who became the head of the Sinaloa cartel. Likewise, the Sinaloa cartel is the most powerful drug trafficking organization in the world. Moreover, El Chapo entered the drug trade as a teenager.

El Chapo was born Joaquin Guzman Loera on 4th April 1957 and is currently 64 years old. He got his name El Chao during his teenage das as it is Mexican slang for ‘shorty’ for his stocky physique. Similarly, being born in early April, he is an Aries by zodiac sign. Likewise, he was born in a rural community of La Tuna, Badiraguato, Sinaloa, Mexico, and holds Mexican citizenship.

Likewise, his father was a cattle rancher and according to some sources, he was also a gomero which is an opium poppy farmer. He grew up and spent most of his early childhood in the area. Similarly, he is one of the tenth children of his parents. Likewise, he has two younger sisters Armida and Bernarda, four younger brothers Miguel Angel, Aureliano, Arturo, and Emilio.

However, he also had three older brothers who died because of natural causes when he was very young. Likewise, as a kid, he had a very struggling childhood. His parents were not much rich and he used to work from a very young age.

As a kid, El Chapo was popular as a prankster and was also regularly beaten for being mischievous. However, he used to stand up for his younger siblings from getting beaten by his father. Moreover, to him, his mother was always the foundation of emotional support.

Likewise, he spent his early childhood working in the cultivation of opium poppy which is a common practice among locals in his community. Similarly, at the age of 15, he started his own marijuana plantation along with his cousins Arturo, Alfredo, Carlos, and Hector Beltran Levya to support his family with his marijuana production.

Moreover, when he was a teenager, his father kicked him out of his house making him live with his grandparents. Likewise, many people in Badiraguato were working in poppy fields of the Sierra Madre Occidental throughout their life.

However, Guzman left his hometown at an early age in search of opportunity through his uncle Pedro Aviles Perez. He was one of the pioneers of Mexican drug trafficking. Moreover, he left his hometown in his early twenties to join organized crime. 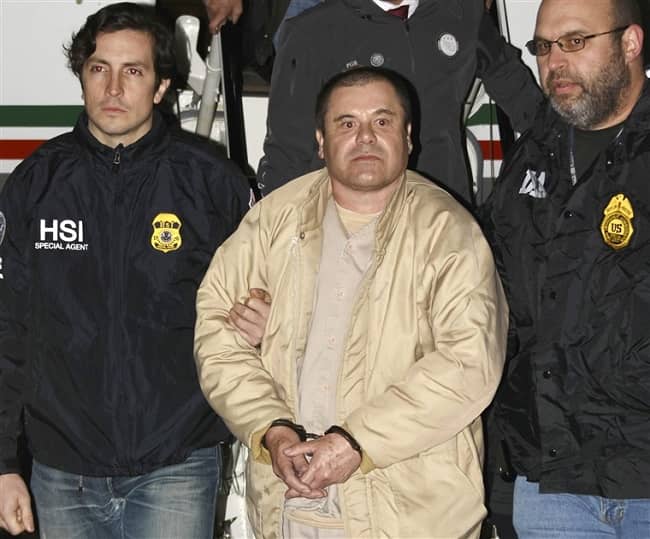 El Chapo started working for the drug lord Hector El Guero Palma in the 1970s. Here he started working by transporting drugs and overseeing their shipments from the Sierra Madre region to urban areas near the Mexico-US border by aircraft. Likewise, these were his initial steps towards organized crime. Similarly, as he was very ambitious and regularly pressed on his superiors it allowed him to increase his share of narcotics to smuggle across the border.

Moreover, he was a very ruthless drug dealer and would simply kill the smuggler on the head who does not ship on time. Followed by this, it made any of his drug shipments stop from cheating him or going with other competitors. Leaders of Guadalajara Cartel introduced him to Felix Gallardo, the major drug lord in Mexico in the early 1980s.

Moreover, by his late 20s, the quiet but savvy he was already supervising logistics for another drug kingpin Miguel Angel Felix Gallardo. He was the founder of the Guadalajara cartel. As a person, he used to love keeping a very low profile. However, after the arrest of his boss on charge of the American Drug Enforcement Administration agent, he became one of the new faces of the Mexican drug world.

After inheriting some territory of his former boss, he started his own carter ‘Sinaloa’ on the year 1989. By early 1990, he was on the radar of the DEA and FBI becoming one of the most powerful and dangerous drug traffickers in Mexico. Likewise, in a very short period, Sinaloa took control of the cocaine trade extending from South America to the United States of America.

Sinaloa’s creative smuggling method with a series of air-conditioned tunnels running under the Mexican-US border. Likewise, his other method involves hiding cocaine powder inside fire extinguishers and cans labeling it as chili peppers. Additionally, he also started trafficking heroin, marijuana, and methamphetamine besides cocaine into the United States and beyond.

Similarly, his carteling tentacles touched five continents growing to be the biggest drug operation in the world. Furthermore, he also made gangs with serious muscles including Los Chachos, Los Texas, Los Lobos, and Los Negros to protect his empire. However, in the year 1993, the authority of Guatemala arrested him extraditing him to Mexico convicting him in a maximum-security prison for 20 years. Even though he was behind bars, his power was the epitome.

With bribes, he made conjugal visits allowing him to run his drug operation. With the aggressive assault on drug cartels by the Mexican government in the year 2006, it failed to uncover the making him move freely around his country. Likewise, he even tied the knot during this period celebrating with a large party including police officers and local politicians among the guests.

Within the time, he has been arrested many a time and also flew off. Moreover, on 8th January 2016, Pena Nieto made an announcement on Twitter stating the recapture of his by Mexican authority in a shootout in the city of Los Mochis. Similarly, eve the president wrote ‘Mission Accomplished, We have him’. Similarly, in January 2017, the government of Mexico extradited him to the United States facing drug trafficking and other charges.

Talking about his net worth and earnings, he is one of the12 richest drug lords of all time. However, there has not been any official estimation of his net worth in the media.

Regarding his relationship status, El Chapo is straight and in a marital relationship. He tied the knot with Coronet Aispuro who is 33 years older than him. However, he has been married at least three times and is a father to nearly 13 children. He is more popular for his conspicuous, sharing extravagant playboy lifestyle on social media.

Likewise, El Chapo stands 5 feet 6 inches (66 inches) tall and weighs around 80 kg. However, there is no information about his body measurement details in the media. He has fair skin with light brown pair of eyes and brown hair color.