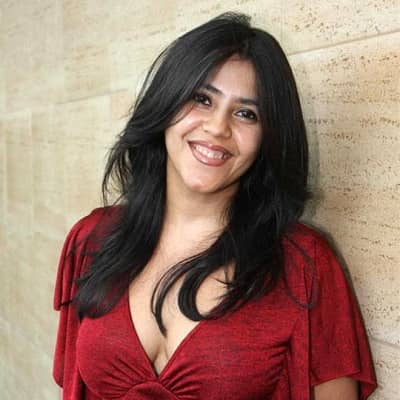 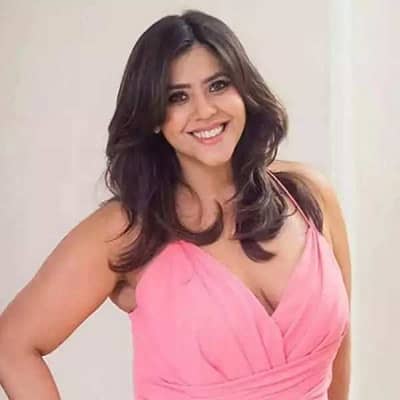 Ekta Kapoor is a talented film producer, TV producer, and director who has been working in Hindi cinemas and soap operas. Ekta Kapoor is also the joint managing director and the creative head of Balaji Telefilms Limited.

Ekta Kapoor’s birthdate is 7th June 1975 and her birthplace is Maharashtra, Mumbai, India. As of 2021, the age of Ekta Kapoor must be forty-six years old and her caste is Khatri. Likewise, Ekta Kapoor is an Indian citizen and is of Asian ethnicity. The producer’s zodiac sign is Gemini and she has been following the Hindu religion.

Ekta Kapoor’s father’s name is Jeetendra Kapoor who is a veteran actor. On the other side, the name of her mother is Shobha Kapoor and she is also a TV, film, and web series producer. Ekta’s mother is also the Managing Director of Balaji Telefilms. Ekta Kapoor also has a younger brother, Tusshar Kapoor who is a Bollywood actor.

There is no more information about Ekta Kapoor’s childhood since she has been very secretive about it every time. As for her educational background, she first went to Bombay Scottish School, located in Mahim for her schooling. After then, Ekta Kapoor went to Mithibai College, University of Mumbai. 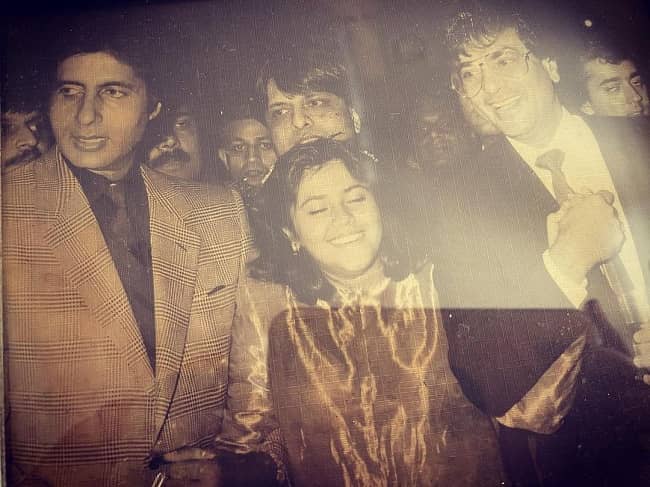 Caption: Ekta Kapoor with the Bollywood actors when she was young (Source: Instagram)

Ekta Kapoor began her professional career when she was just fifteen years old. First, she started by interning with ad and present the movie maker, Kailash Surendranath. After gaining financing from her dad, Ekta Kapoor made a decision to be a producer. She has even formed and produced over one hundred thirty Indian soap operas under Balaji Telefilms Limited. A number of her most famous and highest shows include Naagin, Kyunki Saas Bhi Kabhi Bahu Thi, Kasamh Se, Hum Paanch, Kahaani Ghar Ghar Ki, Kahiin To Hoga, Kaahin Kisii Roz, Kasautii Zindagii Kay, etc.

Others are Pavitra Rishta, Kasam Tere Pyaar Ki, Bade Acche Lagte Hain, Yeh Hai Mohabbatein, Jodha Akbar, Kumkum Bhagya, Kundali Bhagya, etc. In addition, some other contents were attributed with beginning a fresh wave on Indian TV, stepping to her being recognized as the “Czarina of television” and also as “the Queen of Indian Television”. Ekta has also worked in Bollywood film production in 2001 start with Kyo Kii… Main Jhuth Nahin Bolta. Kucch To Hai and Krishna Cottage. These are centered on mystical subjects, charted in the years 2003 and 2004. The 2005 film, Kyaa Kool Hai Hum also included her brother, Tusshar Kapoor.

Ekta worked as the co-producer for Shootout at Lokhandwala together with Sanjay Gupta. Then, she worked for Mission Istanbul and EMI – Liya Hai Toh Chukana Padhega together with Sunil Shetty. From the year 2010 to 2014, Ekta produced several movies, adding Love Sex Aur Dhokha, Once Upon a Time in Mumbai, and Shor in the City. In the year 2012, the Indian producer began the Institute of Creative Excellence which is a media training school via her production firm Balaji Telefilms. She has even brought a line of television series online via her digital app, ALTBalaji.

The Indian producer additionally serves on scriptwriting, creative adaptation, and also concept building. Being selected by Asia Week magazine as one of fifty “Asia’s Most Powerful Communicators” in the year 2001, she has helped out to form the line of business of several celebrities. Ekta Kapoor was also selected as the leader of the Confederation of Indian Industries (CII) entertainment committee.

Other awards that Ekta Kapoor has received are The Society Achiever Award and The Best Entrepreneur of the Year 2001. Moreover, Ekta is considered to be one of the extremely powerful females in the TV industry and is among the first twenty-five female entrepreneurs of India. The Indian producer got the award Padma Shri which is the 4th top civilian honors, in the year 2020 for her effort in arts. Ekta Kapoor has also got awards for being the producer of Balaji Telefilms. 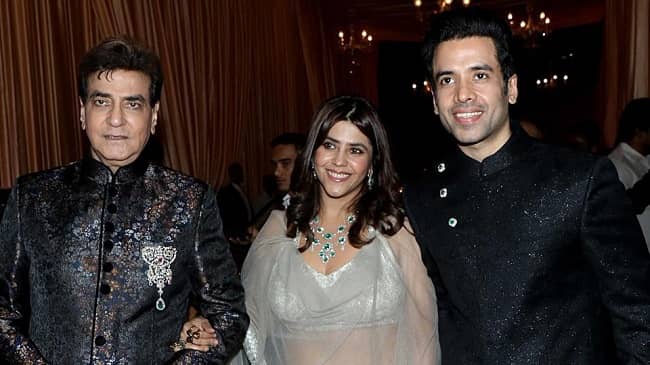 Caption: Ekta Kapoor at an event with her father and brother (Source: Hindustan Times)

As for the relationship status of Ekta Kapoor, she is an unmarried personality. Even though Ekta Kapoor is not in a marital relationship, she has an adorable son whose name is Ravie Kapoor. Ekta Kapoor gave birth to her son through surrogacy on 27th January 2019. There is no further information about Ekta Kapoor’s past as well as her present relationship.

She is enjoying her single life right now. It looks like Ekta Kapoor is just a mother and not a wife. Also, Ekta Kapoor has never told any details regarding her relationships. Other than this, the Indian producer has never been involved in any rumors and controversial matters as well. 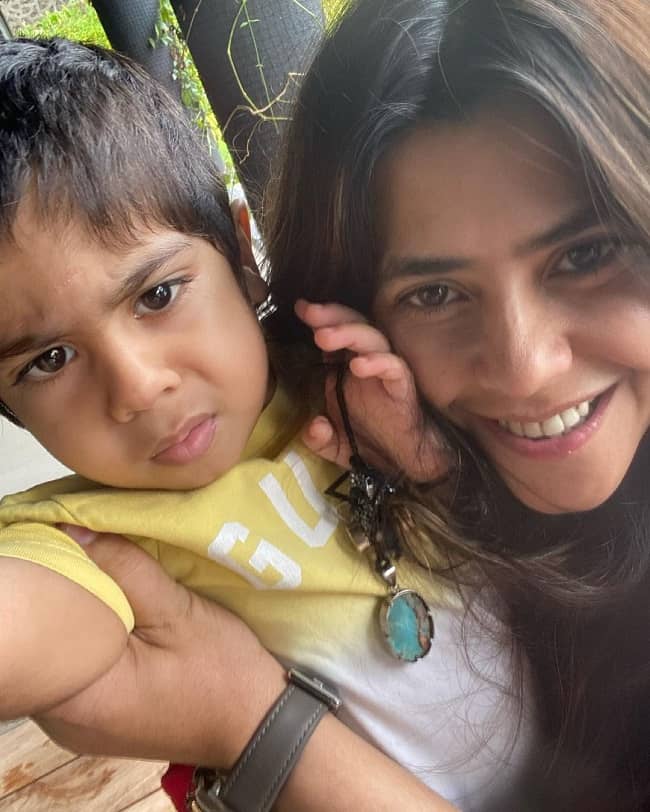 The Indian producer’s bra size is 33 B and she has been wearing a shoe size of 6 (US). Ekta Kapoor has a slim body type with a healthy body. In addition to this, Ekta Kapoor has a brown complexion with a pair of black eyes and long black hair.