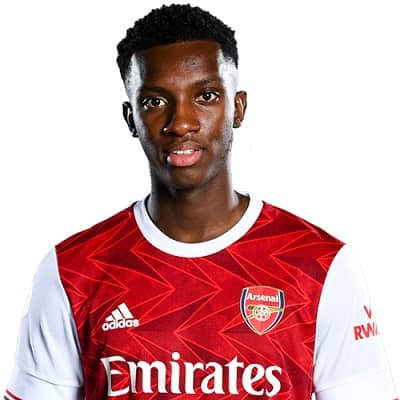 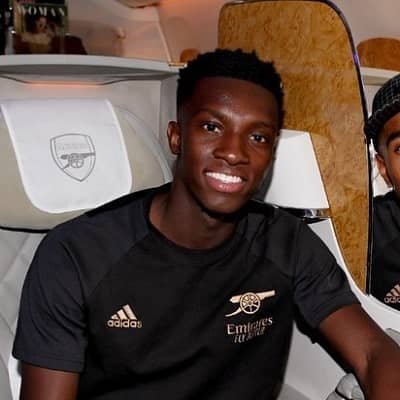 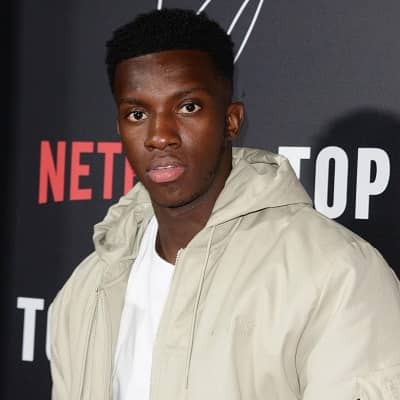 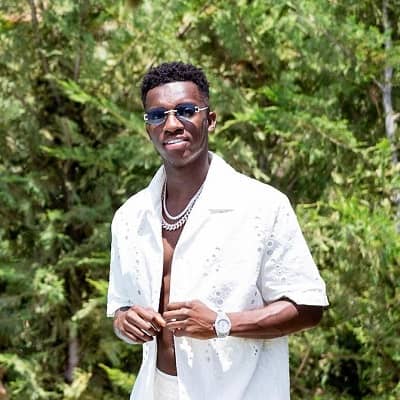 Eddie Nketiah is a young and talented English footballer. Eddie Nketiah is known for playing for the English U21 national team as well as the Premier League club Arsenal.

Eddie Nketiah was born on 30 May 1999 and he is currently 24 years old. Nketiah hails from Lewisham, London, and his zodiac sign is Gemini. Likewise, his full name is Edward Keddar Nketiah. Talking about his family, his father’s name is Eddie Nketiah Senior and both of his parents are Ghanaians. Therefore, Eddie’s nationality is English whereas his ethnicity is Ghanaian. 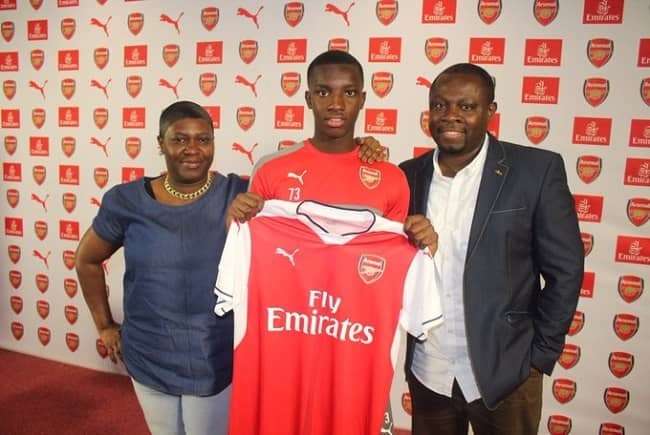 Caption: Eddie Nketiah posing for a photo with his parents. Source: Twitter

Professionally, Eddie Nketiah is a popular footballer. As such, Eddie plays as a striker for Arsenal, the Premier League club. Likewise, this player is a product of the Chelsea and Arsenal academies. Further, he has also played on loan at Leeds United in their victorious 2019–20 Championship season.

In his next match against Qatar U19, this footballer scored a hat-trick as England won 4–0. Similarly, in November 2017, this player scored four goals for the England under-19 team in a qualifier. It was a game for the 2018 UEFA European Under-19 Championship against the Faroe Islands.

Likewise, this young footballer manager Aidy Boothroyd called up Nketiah on 18 May 2018 to the England U21 team for the Toulon Tournament. In the semi-final against Scotland, this player scored twice and also provided the assist for Kieran Dowell to score the winning goal against Mexico in the final. 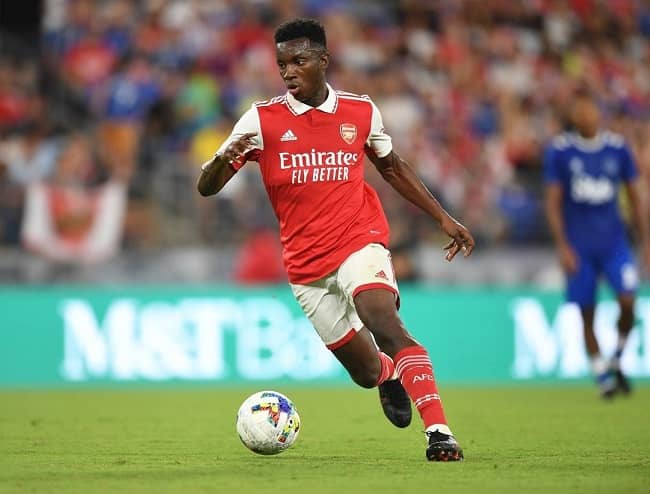 Similarly, in January 2019, this personality reportedly turned down a call-up from Ghana manager James Kwesi Appiah to the senior Ghana national side. Then in September of the next year, this player captained England U21s for the first time and scored a hat-trick during a 6–0 victory over Kosovo U21s.

Moreover, in August 2020, Ghana reportedly approached this player once again. Ghana made contact with his family and spoke with his parents in an attempt to persuade him to switch allegiance to Ghana. However, this personality later stated that he was grateful for the opportunity to play for England.

On 7 October 2020, this player equaled Alan Shearer’s goalscoring record of 13 for the England U21s. He did so by scoring in a 3–3 draw against Andorra. Moreover, this footballer went on to break that record with the 2nd goal of a 2–1 win over Turkey. He did so at Molineux Stadium on 13 October 2020. It was a victory that secured England’s place at the 2021 UEFA European Under-21 Championship. Furthermore, Eddie was ultimately named England captain for that tournament which ended with a group stage exit. On January 13, 2023, his former coach and a representative of The FA, Michael Johnson, presented Nketiah with a commemorative golden boot in order to officially recognize his feat in becoming the England U21s’ record goal scorer. 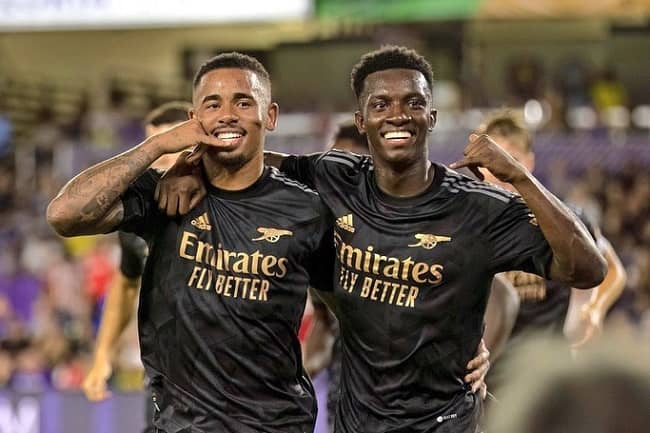 Moving on, young footballer Eddie has a net worth of around 8 million euros (equivalent to around $8 million US dollars). At such a young age, Eddie garnered his net worth and earnings through his football career playing for the national team, and clubs Chelsea and Arsenal.

Eddie Nketiah is most probably single and not involved in any romantic affairs. At such a young age, Eddie might be more focused on strengthening his career as a footballer than involving in love affairs, rumors, and controversies.

Eddie Nketiah stands tall at an approximate height of 5 feet 11 inches or 1.80 meters and his weight is around 72 kgs. On the other hand, footballer Nketiah has dark brown eyes and hair of the same color.

Will Peltz
Erik Jones
May 30 Birthdays