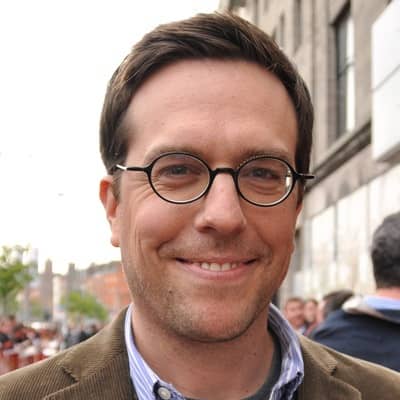 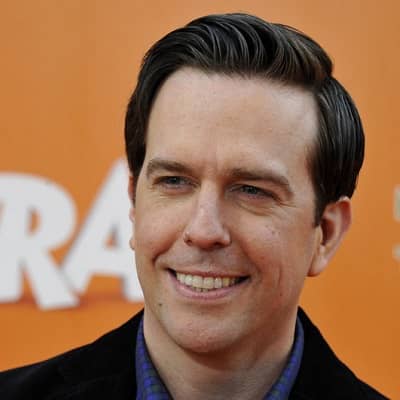 Ed Helms is an American actor, comedian, and singer. Ed Helms is popular for his work as paper salesman Andy Bernard in the NBC sitcom The Office (2006-2013). He was also a correspondent on The Daily Show and was present as Stuart Price in The Hangover trilogy.

Ed Helms was born on January 24, 1974, in Atlanta, Georgia, U.S, as the youngest child of John A. Helms and Pamela Ann. His father was a navy veteran, insurance executive, and lawyer, and Pamela Ann, a school administrator. Moreover, he has two siblings, an older sister named Susan Carol Helms and a brother named John Paxton Helms. He is of English, Irish, German, Dutch, and French descent. Likewise, he holds an American nationality. His age is 48 years and his sun sign is Aquarius.

Helms had open-heart surgery at age 13 to correct a severe congenital heart defect, which he described as supravalvular aortic and pulmonic stenosis. According to Helms, his surgery lasted nine hours, and he was kept in an intensive care unit for one week after. Regarding his educational background, he attended Interlochen Center for the Arts as a youth and graduated from The Westminster Schools one year after The Office castmate Brian Baumgartner in 1992. 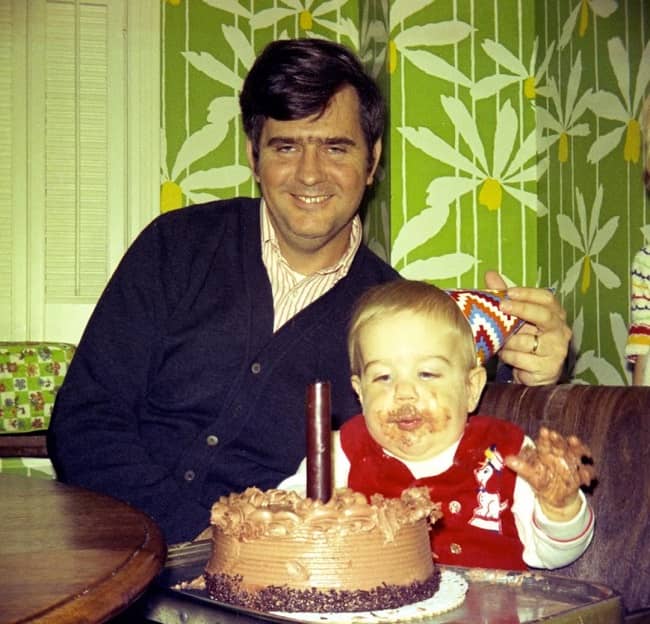 After graduating from Oberlin, Ed Helms began his comedy and acting career as a writer and performer with New York City sketch comedy bands. He studied improvisation with the Upright Citizens Brigade troupe. Helms concurrently worked as a trainee film editor at Crew Cuts, a post-production facility in New York City. While doing so, he recorded some rough voiceover scratch tracks that eventually led to paying voiceover work. This led to finding a talent agent. Helms was performing comedy in New York City. From April 2002 to mid-2006 tenure on the satirical news program, Helms contributed “field reports” in addition to hosting various segments of the show, such as “Digital Watch”, “Ad Nauseam”, and “Mark Your Calendar”.

Ed has also contributed to the “This Week in God” segment. In his 2005 segment “Battle of the Bulge”, he reported criticism of Massachusetts when it became the first state to legalize gay marriage. This was regarded by TV Guide as his signature segment on the program. Helms left the show in 2006 but occasionally returned for brief appearances over the next two years. On July 21, 2008, he returned for Obama Quest – a segment covering Senator Barack Obama’s trip to Iraq. He also occasionally narrated the “Prescott Group” educational films on the sister series The Colbert Report. In late July 2006, NBC announced that Helms was added to the cast of the mockumentary The Office in a recurring role as Andy Bernard.

Helms was a series regular starting with the 3rd season. Helms returned to The Daily Show on December 5, 2006. In February 2007, NBC announced that Helms had been promoted to series regular, and in February 2010 Helms was added to the show’s opening credits. Helms quickly became a solidifying part of the cast, and eventually came to be one of the show’s producers. Helms has also appeared on such television shows as The Mindy Project, Wilfred, NTSF:SD: SUV, Tanner on Tanner, Children’s Hospital, Arrested Development, and Cheap Seats, and in various Comedy Central specials. In addition, he was the celebrity guest on the August 3, 2015 survival skills reality show Running Wild with Bear Grylls, coming to grips with his fear of heights in the Colorado Mountains.

He has done commercial voiceover work in campaigns for Burger King, Doritos, Hotels.com, Sharp Aquos, and Advair asthma medication. Also, he voices Neil the Angel, a character on Cartoon Network’s Weighty Decisions series. Helms plays guitar, banjo, piano, as well as a sitar, in some of his entertainment performances. He also co-created the Peacock sitcom Rutherford Falls with Sierra Teller Ornelas and Michael Schur. Helms starred in the 2011 film Cedar Rapids and co-starred in the blockbuster The Hangover film trilogy as Stuart Price. Helms had minor roles, including Night at the Museum: Battle of the Smithsonian, Blackballed: The Bobby Dukes Story, Meet Dave, Harold & Kumar Escape from Guantanamo Bay, I’ll Believe You, Evan Almighty, Semi-Pro and, with Office co-star Jenna Fischer, Walk Hard: The Dewey Cox Story.

In 2009, Helms appeared in The Goods: Live Hard, Sell Hard, directed by Neal Brennan and starring Jeremy Piven, and in 2012, he voiced the Once-ler in The Lorax. He played the lead role, Rusty Griswold, in the 2015 film Vacation, a sequel/spin-off of the National Lampoon’s Vacation series. The movie began shooting in September 2014 in Helms’ native Atlanta, with Christina Applegate playing Rusty’s wife Debbie Griswold. In 2015, Helms starred in Jessie Nelson’s movie, Love the Coopers. In 2017, he starred in The Clapper (film) as Eddie Krumble. Helms voiced the title role in the DreamWorks animated film Captain Underpants: The First Epic Movie (2017). He starred in the Paramount Pictures Naked Gun reboot. Helms played Joe Gargan in the 2018 film Chappaquiddick.

Helms is also in a bluegrass band, The Lonesome Trio with his friends Ian Riggs and Jacob Tilove. They formed the band when they were at Oberlin College and still get together to play a few shows every year. They recorded an eponymous album in the summer of 2013. Helms is a confessed “bluegrass nerd” and founded the annual LA Bluegrass Situation festival. He and Amy Reitnouer co-founded a music blog also titled The Bluegrass Situation. Helms features in the video for Mumford and Sons’ song “Hopeless Wanderer”. In 2015, he had a cameo appearance in the band’s music video for the song “The Wolf”. Helms launched his own production company, Pacific Electric Picture Company, in 2013. The company has a two-year development deal with Universal Television. In 2013, Helms co-wrote, produced, and starred in the Yahoo! Screen web series Tiny Commando. 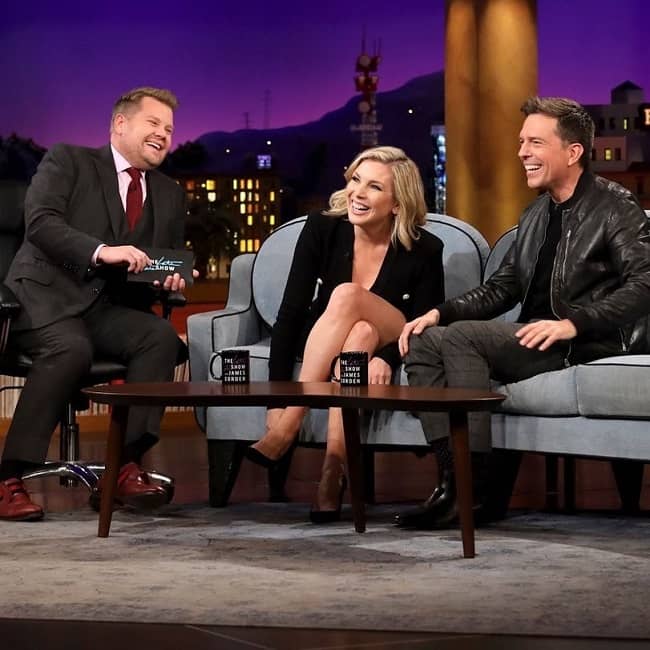 He has been nominated for several awards for his performances in feature films and television. He won the 2008 Screen Actors Guild Award for Outstanding Performance by an Ensemble in a Comedy Series for the television series ‘The Office’. In 2011, he was awarded the Teen Choice Award in the “Choice Movie: Hissy Fit” category for the movie ‘The Hangover Part II’. He was awarded an honorary degree of Doctor of Fine Arts by Knox College. There he delivered the 2013 commencement address.

He has a net worth of USD 20 million. Also, his income source is from his career as an actor, singer, and comedian. Apart from these, there is no information regarding his salary and the assets he owns.

Ed Helms has kept his personal life private and out of the spotlight. According to the records, he is possibly single at present. However, he has a child whose identity is yet not disclosed.

Rumors are that Helms is gay and he is secretly in a gay relationship. He has been controversial for his tweets which were anti-gay but he took it lightly.

Regarding Ed Helms’s body measurement, he has a good height and a suitable weight. He has a height of 6 feet and weighs 75kg. Similarly, he has a slim body type. He has dark brown hair and blue eyes. Further information regarding his dress size, shoe size, and body measurement is not available for now.