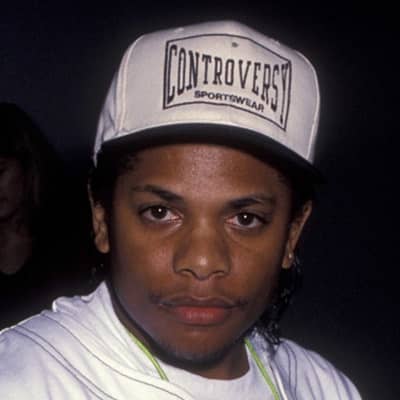 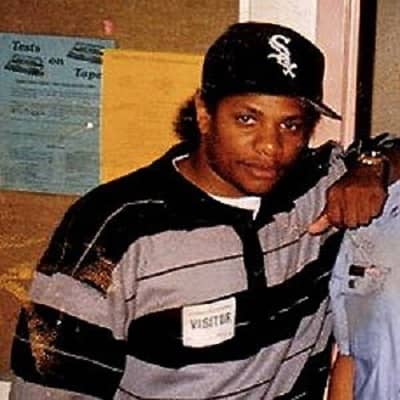 Eazy E is the stage name of Eric Lynn Wright. Eazy E was a professional American rapper. He was hugely recognized as “The Godfather of Gangsta Rap”.

Eazy E was born on September 7, 1964. His real birth name is Eric Lynn Wright. He stepped into this world in Compton, California, United States. By this, he holds American citizenship. Moving on, he was a follower of Christianity and was born under the zodiac sign of Virgo.

Moving on towards his family members, he was born to his father Richard Wright, and his mother Kathie Wright. His father was a postal worker while his mother was a grade-school administrator.

He went to school for a few years before dropping out in tenth grade. He eventually graduated from high school with a general equivalency diploma (GED). His cousin introduced him to drug peddling when he was a youngster, and the two made a lot of money selling narcotics. Dealing with narcotics not only allowed him to make money but also allowed him to wield enormous authority in the community. After his cousin was shot and murdered, Wright, on the other hand, chose to alter his profession. He enjoyed music, particularly rapping, and it appeared that this was a safer and more prestigious vocation than drug dealing.

In February 1995, Eazy experienced major respiratory problems and was diagnosed with AIDS. On March 16, 1995, he officially declared his condition, and he died a few days later, on March 26, 1995, at the age of 31.

In the mid-1980s, he began recording songs. Jerry Heller, a friend of his, came up with the notion of starting a business at this time. Ruthless Records was founded by both young guys with their own money. Wright founded the hip-hop group N.W.A., which stands for Niggaz With Attitude, in 1986. Wright, O’Shea “Ice Cube” Jackson, Andre “Dr. Dre” Young, DJ Yella, MC Ren, and Arabian Prince were among the performers.

In 1987, the group released ‘N.W.A. and the Posse.’ It featured Dr. Dre’s productions and also music by N.W.A, Eazy-E, Rappinstine, and the Fila Fresh Crew. The album was a great smash in the United States, and it was certified gold. With their growing fame, the group decided to branch out into more contentious territory, releasing ‘Straight Outta Compton’ in August 1988. Music critics hailed the album as pioneering since it had a lot of profanity and harsh lyrics.

After his musical career took off, Wright became known as “Eazy-E.” In September 1988, he released his first solo album, ‘Eazy-Duz-It.’ Some of the songs dealt with the gangster lifestyle in Compton, which hit a chord with numerous young people. The album was a tremendous hit in the United States, where it was certified double platinum. 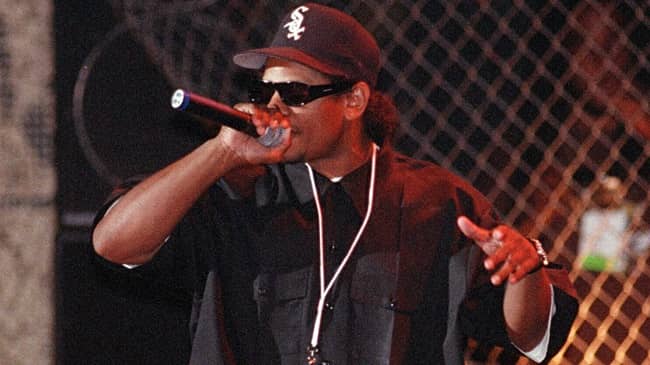 N.W.A released an EP called ‘100 Miles and Runnin’ in 1990, which was another hit. In 1991, it was followed by the release of ‘Niggaz4Life.’ Due to internal conflicts, the band disbanded soon after its release. However, Eazy-solo E’s career was unaffected by the group’s disbandment because he had already established himself as a well-liked rapper in his own right.

Being a massive successful rapper, Eazy made a huge amount of money. According to his son Lil Eazy-E, he had an estimated net worth of $50 million US dollars before death.

Eazy-E had had sexual relationships with several women and fathered seven children with six different women. In 1984, Wright gave birth to his son, Eric Darnell Wright (also known as Lil Eazy-E). Erin, his daughter, changed her name to Ebie after daddy died.

Caption: Eazy E with his wife and child (source: Facebook)

Enhancing his body measurements, he stood tall at a height of 5 feet 2 inches or 1.59 meters and weighed around 65 kg. Similarly, he never shared his other body measurements. In addition, he had black hair with a pair of black eyes.

When it comes to his social media handles, he never sued such officially. As there used to be no such things as social media before his death, he didn’t have accounts on them.