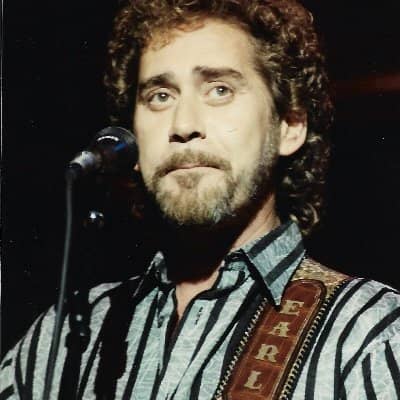 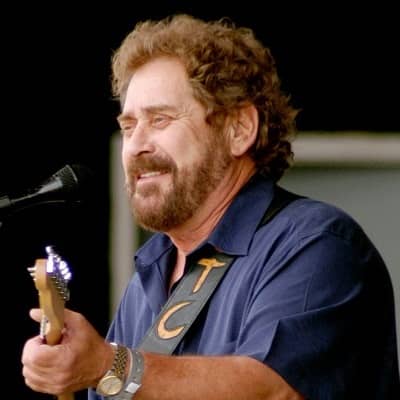 Earl Thomas Conley was a famous American singer-songwriter of country music. Earl Thomas Conley gained immense fame for charting over 30 singles on the Billboard Hot Country Songs chart in the 1980s and 1990s.

Earl Thomas Conley was born on 17 October 1941 and he was 77 years old at the time of his demise on 10 April 2019. He was originally from Portsmouth, Ohio, and his zodiac sign was Libra. Talking about his family, his mother was Glenna Ruth (née Davis) and his father was Arthur Conley. Likewise, he had seven siblings namely Fred Conley, Frances Webb, Steve Conley, Dora J. Conley Vernier, Rebecca (Becky) Miller, Rhonda Conley, and Joyce Ann Massey.

At the age of 14 years, Conley’s father lost his job with the railroad. This forced him to move in with his older sister in Jamestown, Ohio. Although he receive a scholarship offer to an art school, Conley rejected it and joined the U.S. Army. This personality became a member of a Christian-influenced trio while in the Army. There, this personality’s musical talent and vocal ability became apparent. 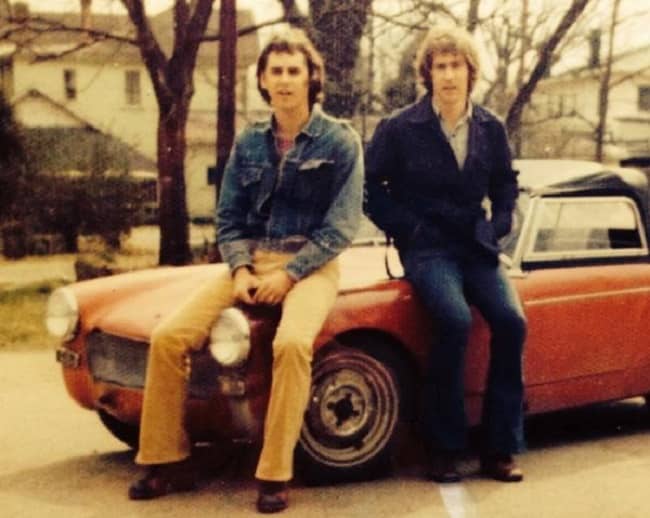 Following this, Conley decided to consider performing as a serious career option. Likewise, Conley shifted more deeply into the classic country sounds of artists like George Jones and Merle Haggard. During this period, Conley tried his hand at songwriting initially.

After his honorable discharge from the Army in the year 1968, Conley started commuting from Dayton to Nashville. Further, in the year 1973, Conley met Dick Heard. Heard had produced country music singer Mel Street. Following this meeting, the Conley-Heard collaboration for the song Smokey Mountain Memories happened. This song made the top 10 for Street.

Following his discharge from the military, this personality had been playing in clubs in Nashville at night and supported himself by working blue-collar jobs during the day.

Professionally, Earl Thomas Conley was a famous country music singer as well as a songwriter. Between 1980 and 2003, this singer recorded 10 studio albums. Among them, seven albums were for RCA Records. Then in the 1980s and into the 1990s, this singer also charted more than 30 singles on the Billboard Hot Country Songs chart. Among them all, 18 songs reached #1.

Moreover, Conley’s 18 Billboard #1 country singles during the 1980s marked the most Number One hits by any artist in any genre during that decade. Before fame, this personality worked in a steel mill near Portsmouth, Ohio. Then one day, Conley made the bold decision to pack up and move to Nashville.

After feeling that he didn’t make any progress in Nashville, this personality moved to Huntsville, Alabama. In Alabama, Conley met record producer Nelson Larkin. Larkin helped Conley sign with independent record label GRT in the year 1974.

While with this label, the singer released 4 singles. At the same time, Conley was selling songs that he had written to other artists. Some of these artists include Mel Street and Conway Twitty. These artists were having much success with the songs that Conley wrote. The singer then returned to Nashville and wrote for Nelson Larkin’s publishing house.

Then in the year 1979, Conley signed a recording contract with Warner Bros. Records. After 2 years, the singer had his 1st Top 40 hit with Dreamin’s All I Do. The singer then left the label in the year 1979. Following this, Conley joined Sunbird Records. There, the singer again worked with Larkin.

Within 2 years, the singer found success with a Top Ten and a Number One single. Conley continued to have success over the next few years. Then in the year 1983, the singer was nominated for multiple Grammy Awards for his song Holding Her and Loving You. 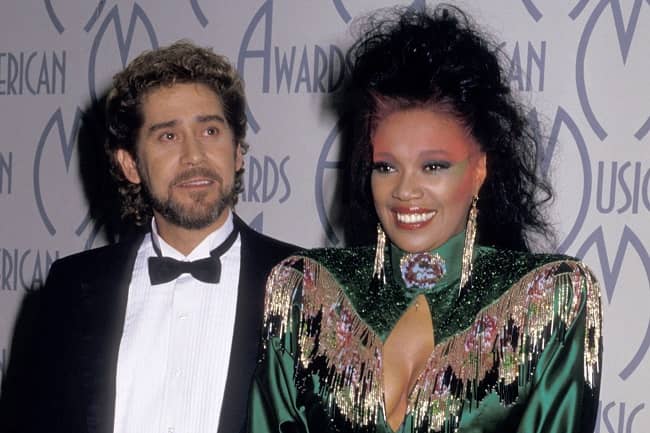 Moreover, the singer also set a record the following year as the 1st artist in any genre to have four Number One singles from the same album. The album to make this record was Don’t Make It Easy for Me which Conley released in May 1983.

Further, in the year 1986, the singer was credited with breaking down country music barriers in his duet with Anita Pointer. Pointer is a pop/R&B singer of the Grammy-winning Pointer Sisters. The duo’s single Too Many Times is the title track to Conley’s 1986 album. The singer reached #2 on the Country chart. Additionally, the singer also became the only country artist to appear on the syndicated music program Soul Train with this song.

By the end of the 1980s, this singer started collaborating with Randy Scruggs in the hope that Conley could bring his music back to his country roots. Conley’s record sales began to drop in the 1990s as the country took a more progressive turn.

Following this, his record label dropped Conley in 1992. Subsequently, Conley took a 7-year recording hiatus between the years 1991 and 1997. Some factors for his hiatus are vocal problems, road fatigue, disenchantment with record label politics, and mental burnout.

Later on, the singer started recording again in 1998. In late 2013, the singer gave a telephone interview with Pods o’ Pop. Likewise, in the year 2002, Blake Shelton charted in the Top 20 with All Over Me. This was the piece that Conley co-wrote with Shelton and Michael Pyle. Pyle is Conley’s longtime friend and songwriter. Moving on, the late country singer-songwriter had a net worth of around $10 million US dollars. 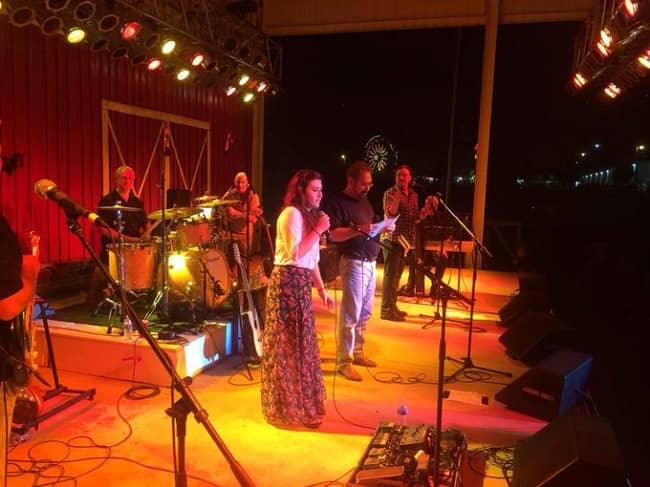 Earl Thomas Conley was married twice. From his marriage to Sandra Smith, Conley has two children namely son Ty and daughter Amy Edmisten. His relationship with Smith ended in divorce. Likewise, from his romantic relationship with Carole Scates, he has two daughters namely Kat Scates and Erinn Scates. Conley and Scates were partners for more than two decades. 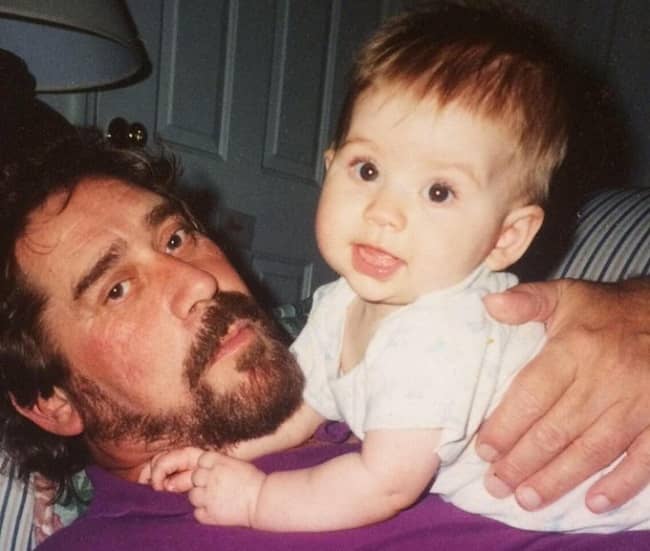 Sadly, the country singer passed away on 10 April 2019 at the age of 77 at 12:20 a.m. in Nashville. The singer had been in hospice care for several months prior to his demise. At the time of his death, his youngest child – daughter Erinn Scates – was only 22 years old whereas his eldest child – son Ty Conley – was 55 years old. Likewise, his eldest daughter –  Amy Edmisten – was 50 years old.

Furthermore, at the time of his death, four of his siblings survived and they were Fred, Steve, Ronda Hodges, and Becky Miller. Likewise, his partner – Carole Scates – shared that the singer didn’t want a funeral and hence his body was donated to Vanderbilt University Medical Center.

Earl Thomas Conley stood tall at an approximate height of 5 feet 10 inches or 1.77 meters and his weight was around 192 lbs or 87 kgs. Likewise, the late singer had a chest-waist-hip measurement of 42-35-33 inches respectively whereas his biceps size was 14 inches. Further, the late country singer had brown eyes and hair of the same color.

Moving on, Conley had a Twitter account under the username @conley_earl. Although there are no updates on the profile, people can still view his past activities and follow him on this platform. Besides this, the late country singer doesn’t seem to have had any official social media profiles on other platforms like Tiktok, Instagram, Facebook, etc.