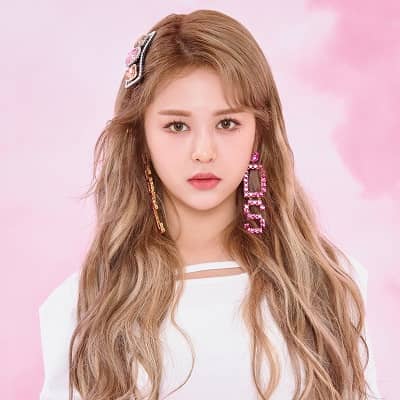 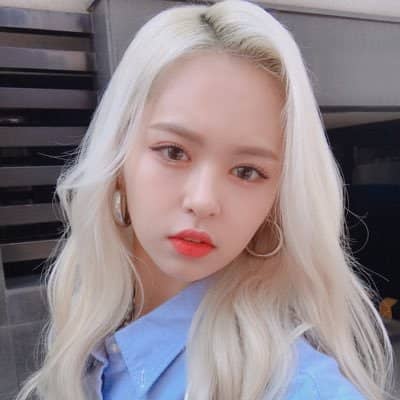 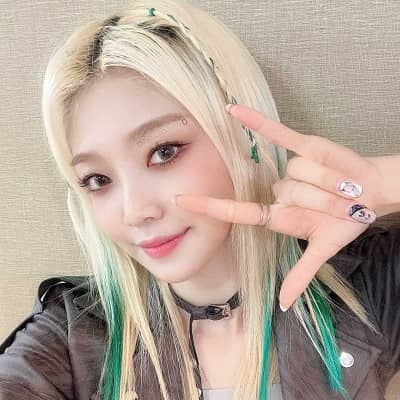 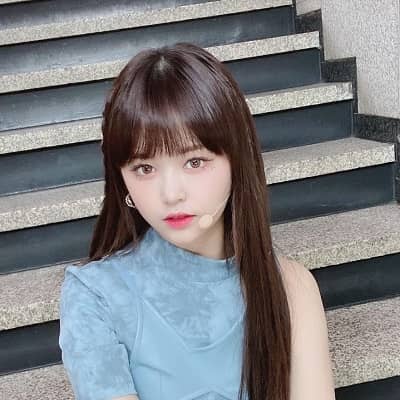 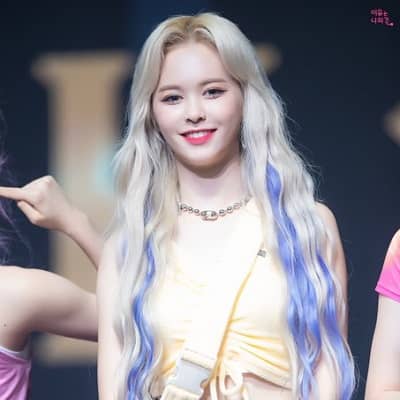 More Facts of E: U

E: U is a young and rising South Korean girl group member. E: U is the main rapper and main dancer of the girl group “Everglow”. She was the leader of her group until May 2021.

E: U was born on May 19, 1998, and she is currently 24 years old. E: U hails from South Korea and her zodiac sign is Taurus. Similarly, her Chinese zodiac sign is Tiger. Her real name is Park Jiwon and it is written in her native language as 박지원. Likewise, her stage name – E: U – is written in Korean as 이유. Likewise, her nicknames are Protractor and Sweet Unnie. E: U has a pet dog named Kongsam. Talking about her family, E: U has a 2 years older sister whose name is not mentioned yet. 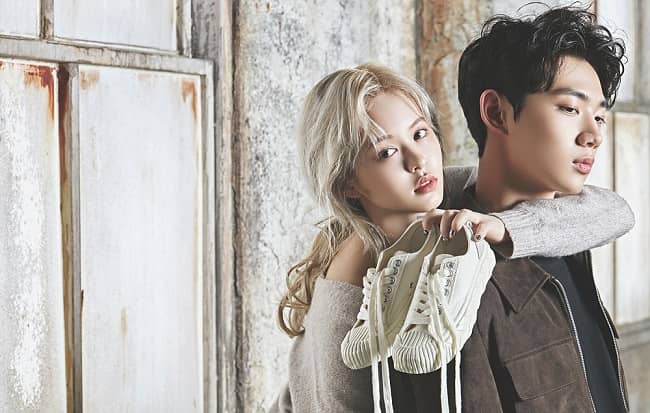 Professionally, E: U is a famous singer, rapper, and dancer. E: U gained international fame as the main rapper and main dancer of the South Korean girl group Everglow. The rapper made her debut with Everglow under Yuehua Entertainment on March 18, 2019. The other members of Everglow are Sihyeon, Mia, Onda, Aisha, and Yiren.

E: U made her debut with the group with their album Arrival of Everglow. Prior to their debut, the Everglow girls made their 1st public appearance through the online video series Yuehua Girls. The aforementioned series documented the daily lives of several Yuehua female trainees including the members of Everglow.

The online videos of the series were only available through the Chinese video-sharing platform “BiliBili”. Back then, the rapper had a chance to have her own video series. These videos were also available on the same platform under Yuehua Girls, titled Jiwon’s Vlog. Her series had four episodes in which each video was around two minutes long.

Soon after releasing Yuehua Girls, E: U was featured on Cooking Class – an SBS show. In this show, the rapper made food for the other guests. Likewise, in August 2018, the rapper made her modeling debut. It was for STARE Shoes and for this project, the girl group member worked with another Yuehua Entertainment trainee. 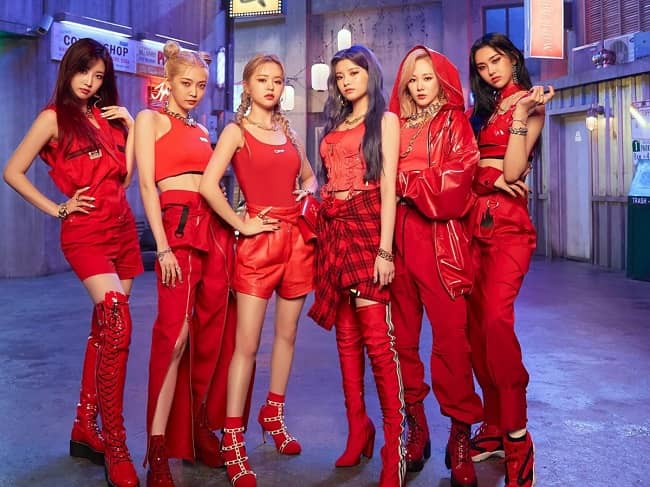 Caption: E: U posing as a part of the girl group – Everglow Source: OtakuKart

Subsequently, on 24 February 2019, the rapper was revealed as the 5th member of the Everglow soon after Yuehua Entertainment announced the group’s debut. Her introduction was accompanied by her own Crank in Film video. After one month of this introduction, E: made her debut as part of Everglow. The group’s debut title track is Bon Bon Chocolat.

Likewise, in November 2019, the rapper made her come back as a model. She was involved in her second lookbook for STARE Shoes. Each member of Everglow has different representative colors. As such, the main rapper’s representative color is Purple. Although E: was the leader of Everglow, there was an announcement at their Comeback Showcase
for the Last Melody on May 25, 2021, that her fellow member Sihyeon would be the leader henceforth.

Moreover, the lead rapper names Lee Hyori is her role model. The singer likes Americanos, black noodles, and fried food. However, E: hates peppers and raisins. The rapper likes to watch mukbang videos, Running Man, and Law of The Jungle during her free time. Similarly, among many American TV Shows, the rapper’s favorite is 13 Reasons Why. Likewise, E: and her fellow Everflow member – Sihyeon – have matching flower earrings and often joke about dating each other. 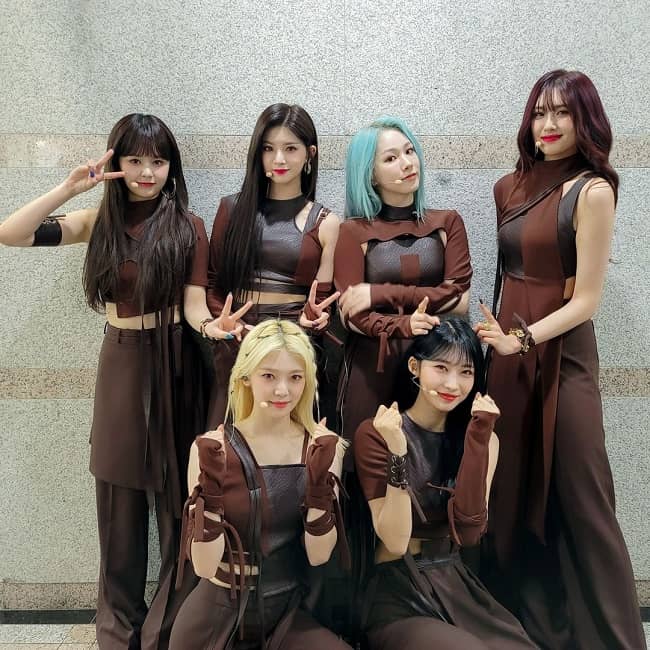 Caption: E: posing for a photo with the members of Everglow. Source: Instagram

E: is most probably single at present. The South Korean rapper might be more focused on strengthening her career as a rapper, singer, and dancer in the fierce music/entertainment industry.

Moreover, the group member also has yet to share information and public photos on her social media profiles that hints at or confirms her past or present relationships and affairs. Nevertheless, when E: is ready to date, it is sure that many people will line up to be her lover as she is very charming, beautiful, and talented.

She stands tall at an approximate height of 161 cm or 5 feet 3 inches and her weight is around 43 kgs or 94 lbs. Likewise, the rapper’s blood type is “O”. The rapper has dark brown eyes and hair of the same color. Likewise, E: U’s chest-waist-hip measurements are 34-28-36 inches respectively. Similarly, the singer’s shoe size is 210 mm. 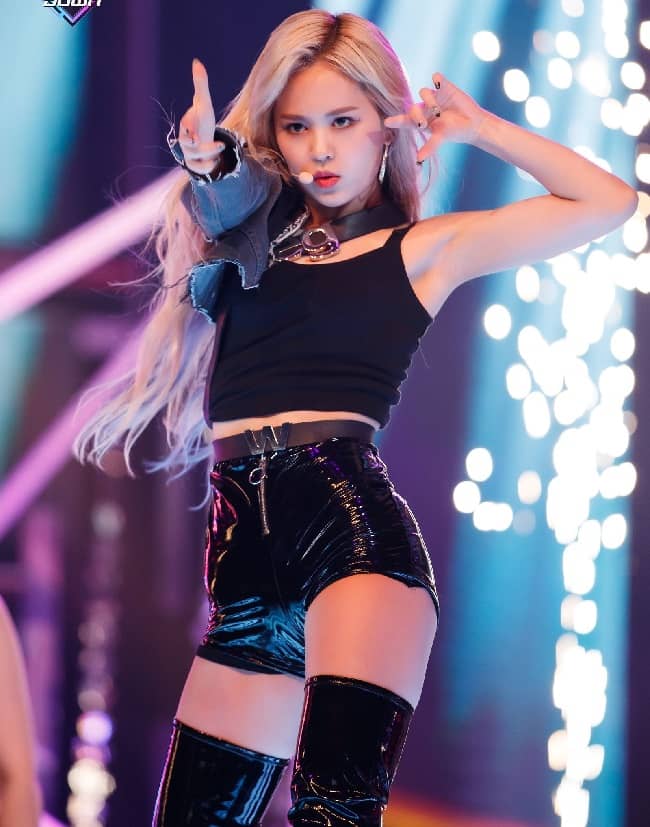 Caption: E: U captured during a live performance. Source: KissAsian