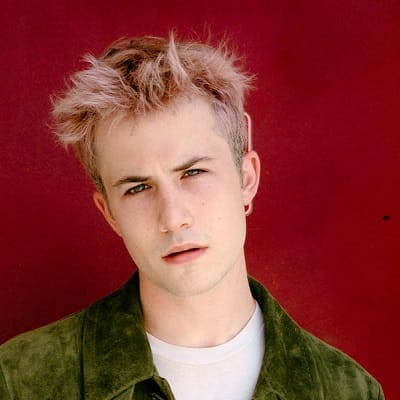 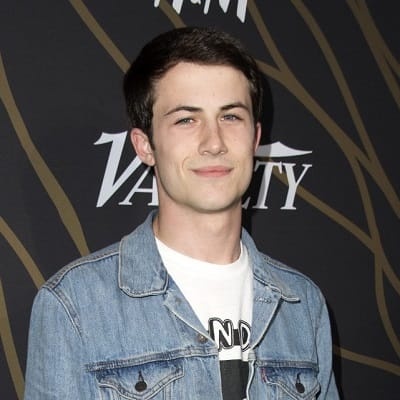 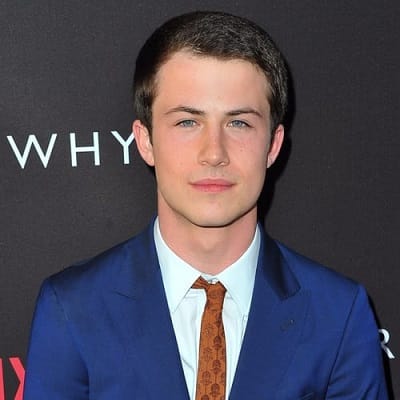 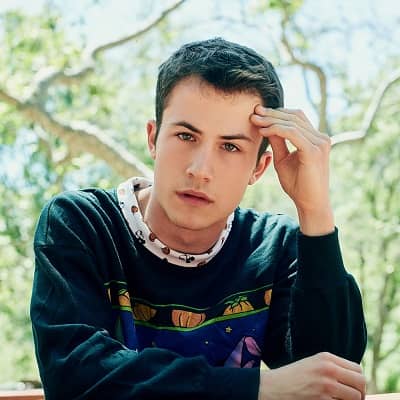 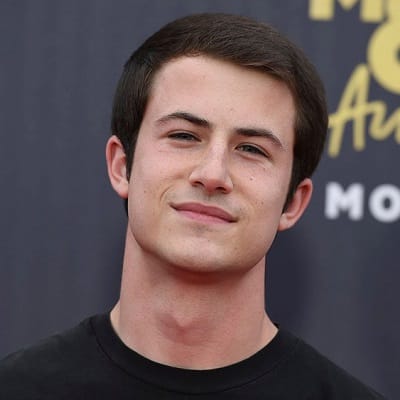 Dylan Minnette is a prominent young American actor. Dylan Minnette is also a singer and musician involved with the band the Wallows. He is also a guitarist for this band. He is popular for films and TV shows like “13 Reasons Why”, “Lost”, “Awake”, “Alexander and the Terrible, Horrible, No Good, Very Bad Day”, etc.

Dylan Minnette was born on December 29, 1996, and he celebrates his 24th birthday in 2020. His full name is Dylan Christopher Minnette. Likewise, he hails from Evansville, Indiana, and his zodiac sign is Capricorn. 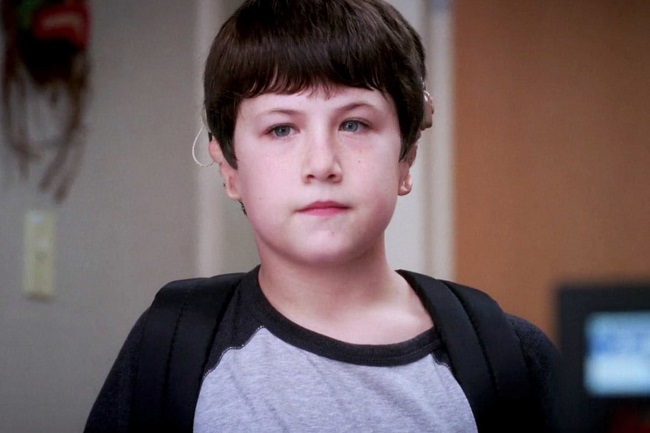 Caption: Dylan Minnette appearing in a film when he was still very young. Source: Popsugar

Professionally, Dylan Minnette is a prominent actor, singer, and musician. Dylan is popular for his role as “Clay Jensen” in the Netflix drama series 13 Reasons Why. He also starred in the drama series Lost and the fantasy series Awake. For the latter, Dylan acted alongside Jason Isaacs.

Dylan has also appeared in the drama series Scandal and Grey’s Anatomy. He also played the role of a young “Michael Scofield” in Prison Break. Apart from being a prominent actor, Dylan is also a musician and singer. He is also a guitarist and singer for the American alternative rock band Wallows.

Dylan Minnette has also worked on the NBC original film The Year Without a Santa Claus. He also had a role as an unnamed character in Fred Claus, as “Todd Lyons” in The Clique, and as “Noah Framm” in Snow Buddies.

Dylan also played the role of a bully named Kenny in Let Me In, which was released in October 2010. The young actor also played a role as Jerry Grant Jr. on ABC’s Scandal as the son of the president of the United States. Furthermore, he appeared in The Crow & the Butterfly video from the rock group “Shinedown”. 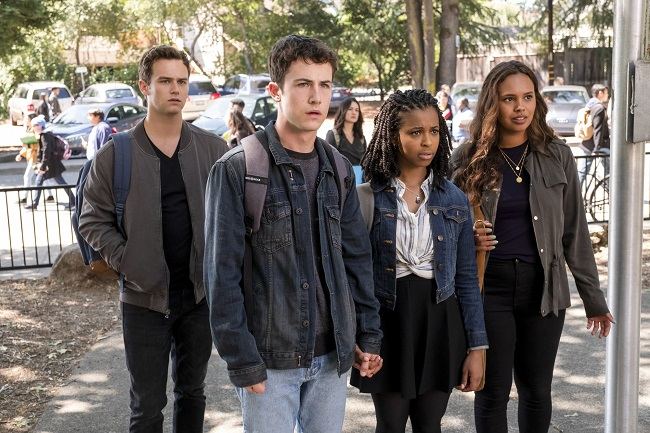 Caption: Dylan Minnette appearing in a scene of the TV series ’13 Reasons Why’. Source: Entertainment Weekly

An agent scouted Dylan Minnette in Chicago. Soon after that, Dylan began to work on commercial modeling and acting at the young age of 7 years. The young actor scored his first major TV role at the young age of 8 years. He played the role of young “Charlie Sheen” in the film Two and a Half Men released in 2003. Then in 2005, Dylan appeared in an episode of the popular Nickelodeon show, Drake & Josh.

Among all his films and TV shows, Dylan had his breakthrough role as “Clay Norman” in the TNT series Saving Grace. He later gained additional fame for his role as “Clay Jensen”. Clay is a character in the Netflix original series 13 Reasons Why.

Dylan Minnette is the singer and rhythm guitarist in the band Wallows. Other members of the band are drummer Cole Preston and singer/guitarist Braeden Lemasters. Before 2017, the band was famous as Feaver and Narwhals.

Dylan and his band performed at “Summer Meltdown”. It is a concert for autism awareness and they performed at the event in the year 2010. They also won a battle of the bands contest the same year, sponsored by 98.7 FM.

The Wallows played at Vans Warped Tour 2011 and since then, they have performed at many Los Angeles venues including the Roxy Theatre and Whisky a Go-Go. Moreover, R.L. Stine’s The Haunting Hour used the band’s song Bleeding Man in the promo for its season 2.

Throughout 2017, the Wallows released four singles on Apple Music and Spotify. The singles are Pleaser, Sun Tan, Uncomfortable, and Pulling Leaves Off Trees.

Then in the year 2018, the band released their debut EP Spring. This includes the singles Pictures of Girls and These Days. Dylan and his band also performed the first single on The Late Late Show with James Corden on 8 May 2018. 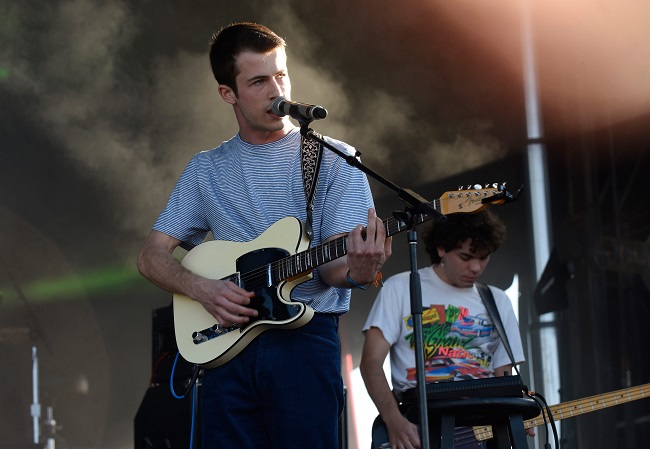 Dylan Minnette is currently in a romantic relationship with Lydia Night. Lydia is also a musician and rock singer. She is also the lead singer of the band The Regrettes. The two began dating each other in mid to late 2018.

Prior to Lydia, Dylan dated Kerris Dorsey from the year 2014 to 2018. Dylan and Kerris met each other on the set of Alexander and the Terrible, Horrible, No Good, Very Bad Day. He was also previously in a relationship with Jazzlyn Marae. Jazzlyn is an R&B recording artist, singer, dancer, and actress. 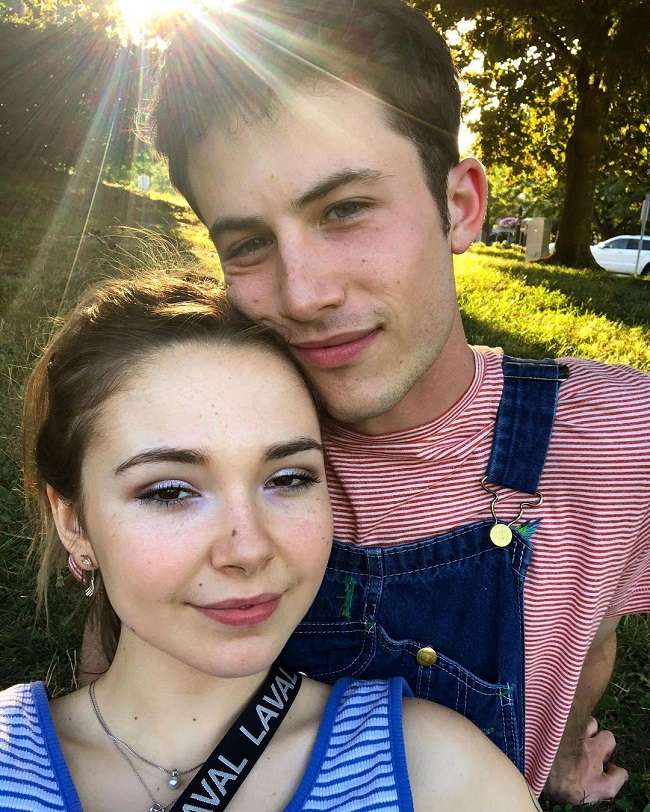 Dylan Minnette stands tall at a height of approximately 1.73 meters or 5’7″. Likewise, his weight is around 66 kgs and his chest-waist-biceps size are 36-31-13 inches respectively. Moreover, Dylan has blue eyes and naturally brown hair color which he has experimented with colors like pink, blonde, purple, blue, orange, etc.

Talking about his social media presence, Dylan Minnette joined Twitter in October 2009 and so far 806.5K followers on his @dylanminnette account. He is available on Instagram under the username @dylanminnette. This account boasts 236 posts shares and over 7.6 million followers. Moving on, Dylan Minnette has a net worth of approximately $3 million dollars as of November 2020.