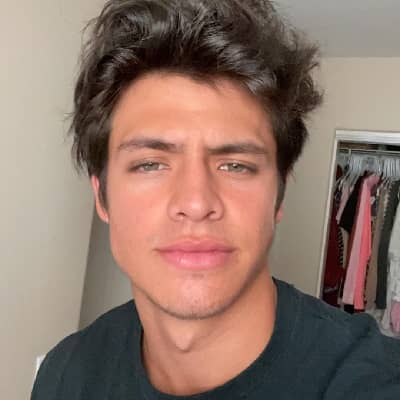 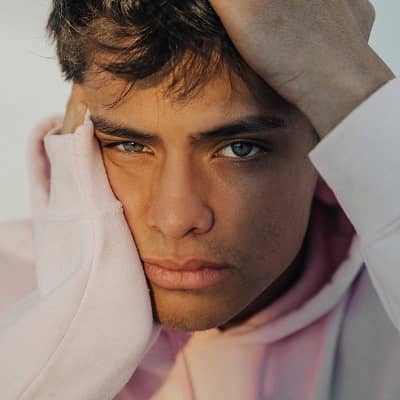 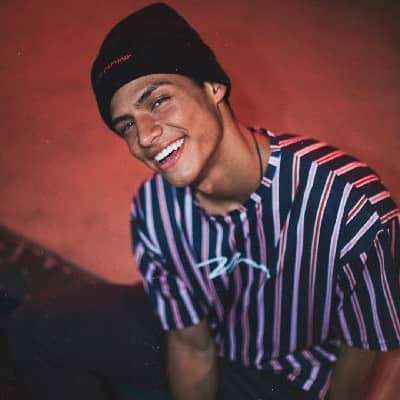 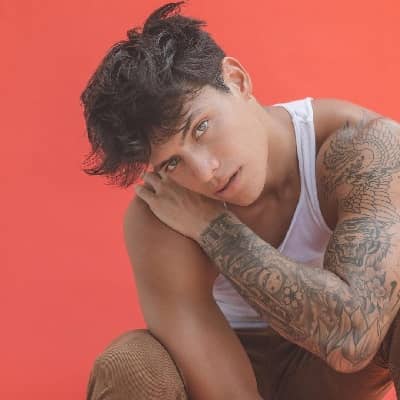 Dylan Jordan is an established social media star turned actor who became famous early in his life. Dylan Jordan went on to star as Harry on the popular web series ‘Afterschooled’.

Dylan Jordan first opened his eyes on November 23, 1998. His full name is Dylan Chad Jordan. He was born and raised in Newport Beach, California, USA. He has regularly featured his younger sister, Taylan, in photos across his Instagram page. Moreover, he also has a younger brother named Luke.

He is currently 23 years old and his birth sign is Sagittarius. He spent much of his growing-up years in Las Vegas. Ever since his childhood, he is very close to his sister. The brother-sister duo shares an affable and friendly relationship. Moreover, his mother’s name is Kate Jordan.

Academically, he attended Western High School in Las Vegas. And, he studied developmental Psychology in college. However, whether he continued his studies thereafter is unknown. In his school days, he was into athletics and played many sports like football, basketball, baseball, and soccer, and also did track. 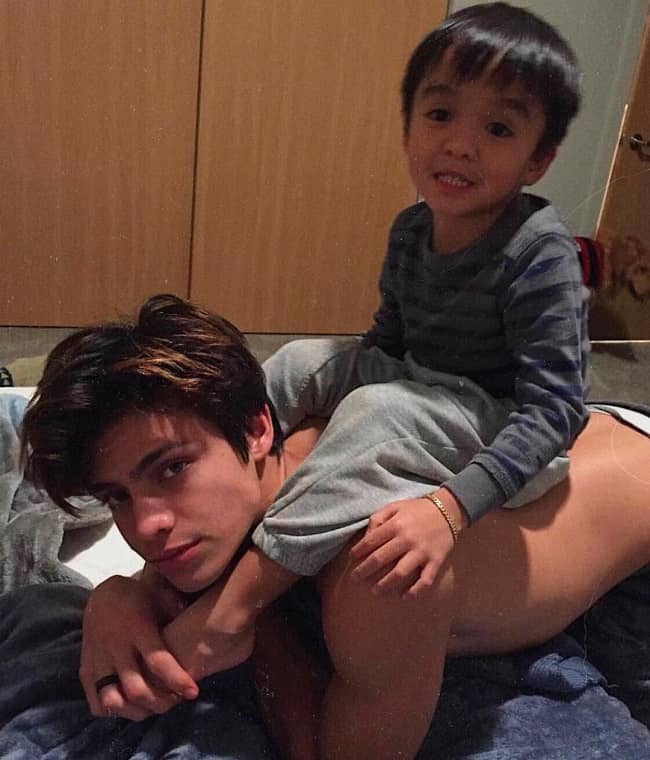 Jordan is an established actor and social media star who has had a brush with fame early in his life. Starting it off as an Instagram star and a normal Twitter user, his social media channels experienced an outburst of followers by December 2015. This was essential because Dylan started posting his modeling photos on a daily basis thus documenting his life. Currently, he has more than 855K followers on his eponymous Instagram page.

In addition to his Instagram and Twitter handles, he started a YouTube vlogging channel where also he gained a decent fan following. His first YouTube account was hacked and deleted. He later created another YouTube channel. Interestingly, the channel has been started in collaboration with Sarai Jones for some of the videos like ‘Blindfolded Makeup Challenge with Krazyrayray! | Dylan Jordan’.

His career received a short arm when he was offered an acting role. He made his first web show appearance as Aaron on Hacking High School in 2017. Then, he soon grabbed up the role of Harry for the popular web series ‘Afterschool’.

His breakthrough as an actor turned the fortune for him. Moreover, he is represented by Kyle of Scale Management. He is also a good singer and released his first single titled ‘Like Me’ on September 25, 2018. Moreover, he has done endorsement work for brands like Clean and Clear, Original Penguin, and X Out. 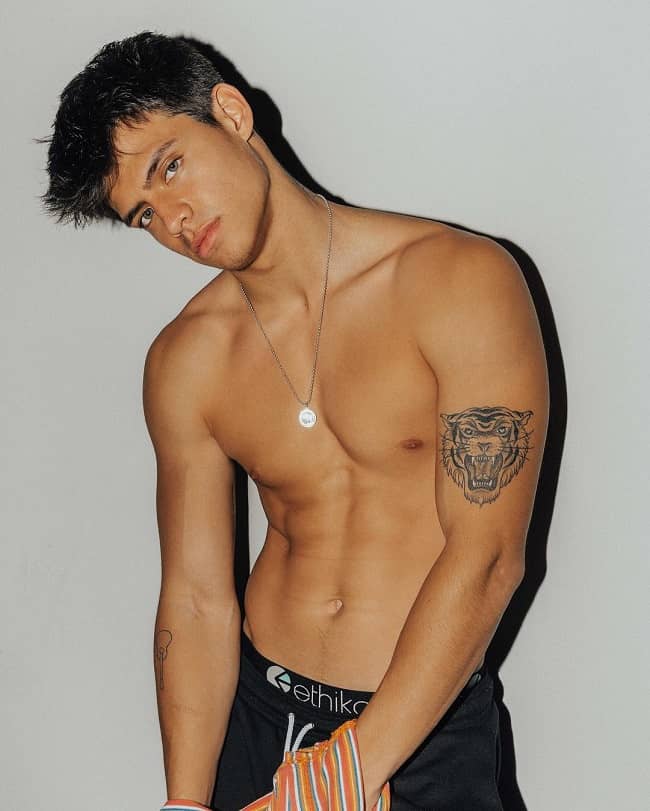 Dylan first met YouTuber Summer Mckeen on July 7, 2016, at a Beautycon pre-party. But the couple started dating in September 2016. Summer has made appearances in many of Dylan’s YouTube videos. He also posted a video on his YouTube channel describing their love story in a video titled ‘Our Love Story.

In 2018, he shot a Snapchat original show Endless Summer starring his girlfriend, Summer Mckeen. As of now, he is dating a beautiful girl named Quincy Philbin. They completed this one-year togetherness on October 7, 2020. The couple shares a great bond and is spending their happy times together. 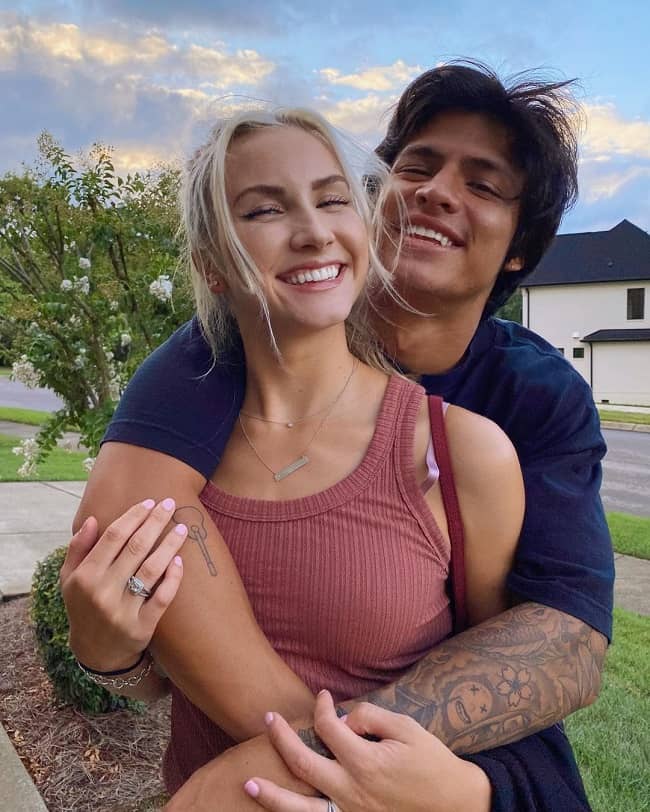 He is tall and has a height of 6 feet 1 inches and weighs around 82 kilos. Likewise, He has a pair of green eyes and his hair is of dark brown color. He works out on a regular basis. His routine mainly includes heavyweight training targeting different body parts such as the chest, legs, biceps, etc.

He also does abs and other workouts accordingly. As per a video, he tries to maintain a balanced diet by eating something light before his morning workout session. He usually goes for a Clif Bar. He also includes complex carbs and proteins in his diet.

Talking about his social media popularity, he is quite famous on different social media platforms. His self-titled YouTube channel has earned over 163K subscribers. He has gathered over 19K followers on his ‘@TheDylJordan’ Facebook page.