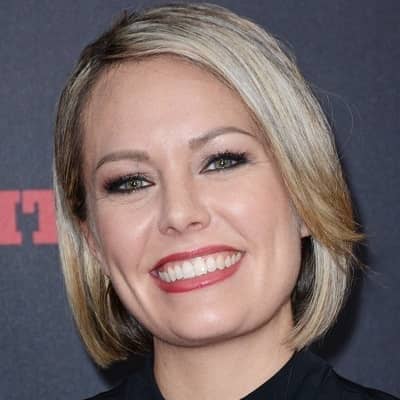 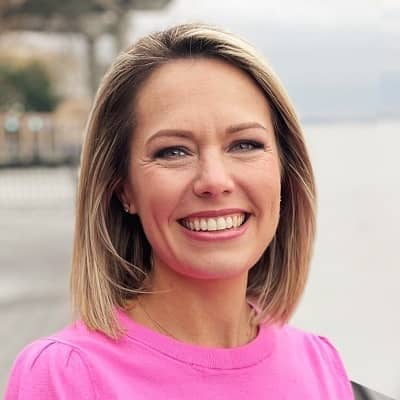 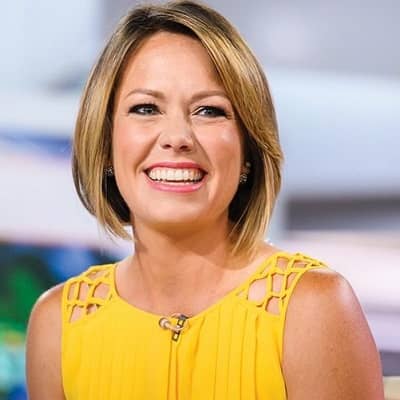 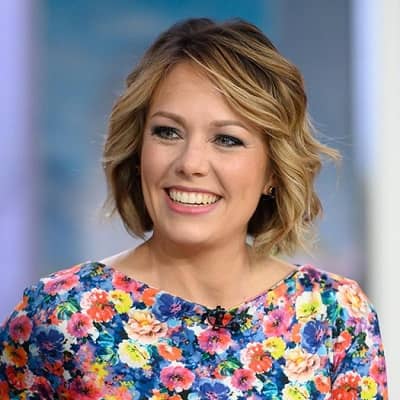 Dylan Dreyer is a famous American TV personality and meteorologist. Dylan Dreyer is recognized for her appearances in numerous TV programs including Weekend Today, The Weather Channel, NBC Nightly News, and Earth Odyssey with Dylan Dreyer among others.

Dylan Dreyer was born on August 2, 1981, and she is currently 40 years old. Her full name is Dylan Marie Dreyer. Her birthplace is Manalapan, New Jersey, and her zodiac sign is Leo. Talking about her educational journey, she attended Rutgers University and graduated from this institution in the year 2003. From this university, she obtained her bachelor’s degree in meteorology. Regarding her parents, her father’s name is Jim Dreyer whereas her mother’s name is Linda. Further, she has two siblings namely Mike and James. 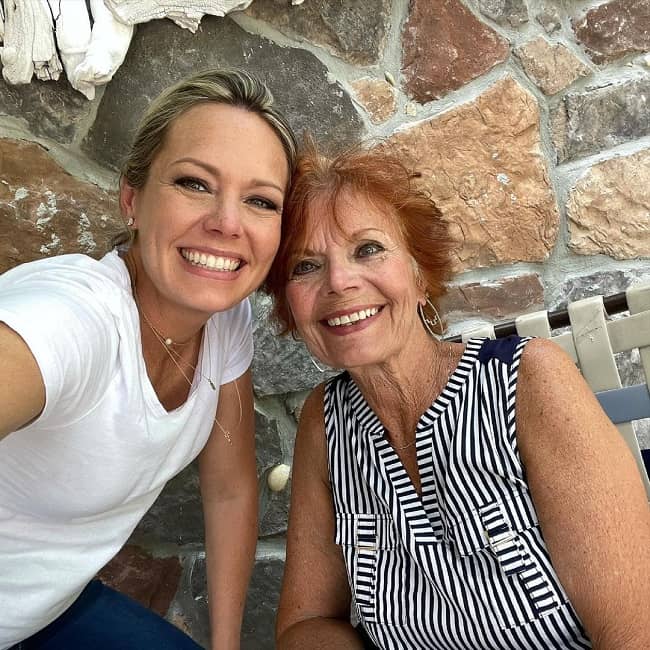 Caption: Dylan Dreyer posing for a photo with her mother. Source: Instagram

Professionally, Dylan Dreyer is a popular TV meteorologist. People recognize her for appearing on NBC News. Likewise, she also gained fame as a weather anchor. In the Orange Room on Weekend Today, she rotates her shift with Sheinelle Jones.

Moreover, she is most frequently seen on Today on weekdays as a weather correspondent. She also is a fill-in for her colleagues Al Roker and Carson Daly. Likewise, people also find this personality on The Weather Channel and on NBC Nightly News.

She started her journey with NBC News in September of 2012. This happened after she worked at the then NBC station WHDH in Boston, Massachusetts. She had worked at this place since the year 2007. Moreover, she is also a well-known anchor on Today’s 3rd Hour.

Further, this TV personality has worked at WICU in Erie, Pennsylvania. Her previous workplace also includes WJAR in Providence, Rhode Island, and WHDH in Boston, Massachusetts. While she was traveling to cover a blizzard for The Today Show on February 9, 2013, she met with an accident. This accident resulted in a mild concussion.

Additionally, she is also a popular host of Earth Odyssey with Dylan Dreyer. It is a famous NBC educational nature program. The aforementioned program broadcasts on ‘The More You Know’ block of programming on NBC. Likewise, she also works for the program Diving in with Dylan. 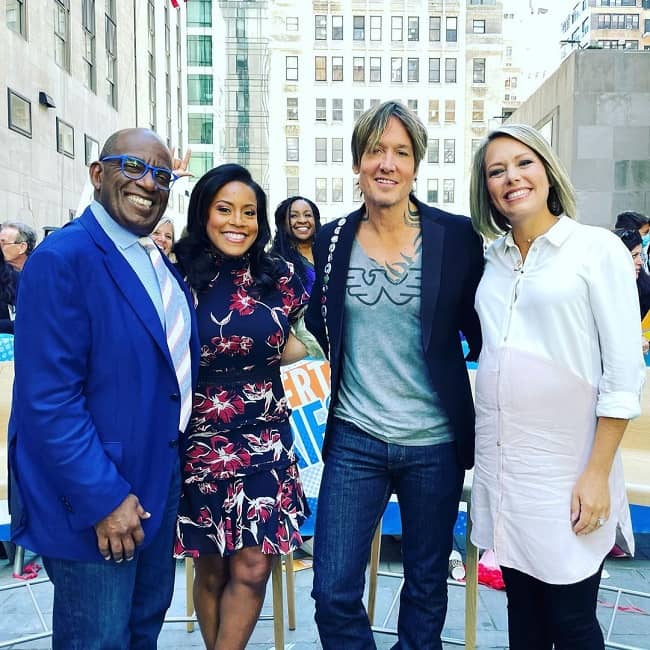 Caption: Dylan Dreyer posing for a photo with her colleagues. Source: Instagram

Dylan Dreyer is a happily married woman. Her husband is Brian Fichera and they tied the knot on October 6, 2012. Together with their children, this couple lives in the New York area.

She shared the news about her 1st child on June 10, 2016, on The Today Show. Consequently, on the 17th of December 2016, the couple welcomed their son named Calvin.

Then on 17 July 2019, this personality once again shared news regarding her pregnancy on The Today Show. Then on 2nd January 2020, the family welcomed their second son named Oliver. Likewise, the couple welcomed their 3rd child, also a son named Russell James, on September 29, 2021. 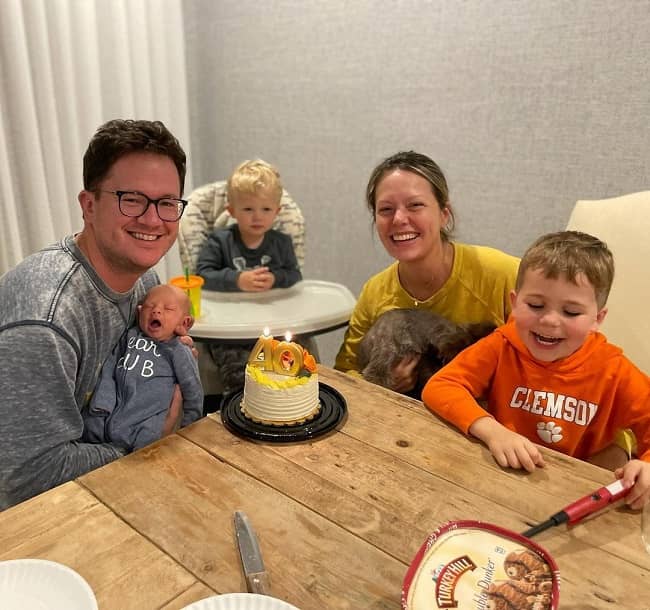 Caption: Dylan Dreyer posing for a photo with her family. Source: Instagram

Dylan Dreyer stands tall at an approximate height of 5 feet 3 inches or 160 cm and her body weight is around 61 kgs. Likewise, this TV personality has a chest-waist-hip measurement of 34-25-35 inches respectively. Further, this personality has blonde hair and hazel green eyes.

Talking about her social media presence, Dylan Dreyer joined Twitter in April 2009 and so far has over 298.1k followers on her @DylanDreyerNBC account. Likewise, she is available on Instagram under the username @dylandreyernbc. Moreover, more than 121.9k people follow this meteorologist’s journey on her Facebook profile. Moving on, this NBC meteorologist has a net worth estimation of around $4 million US dollars.