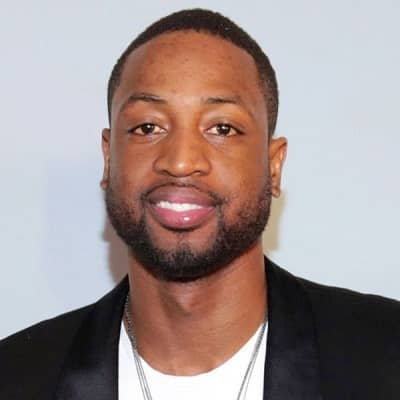 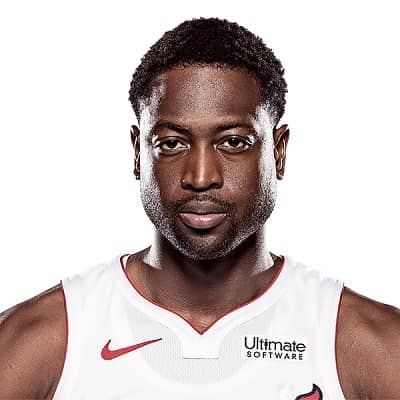 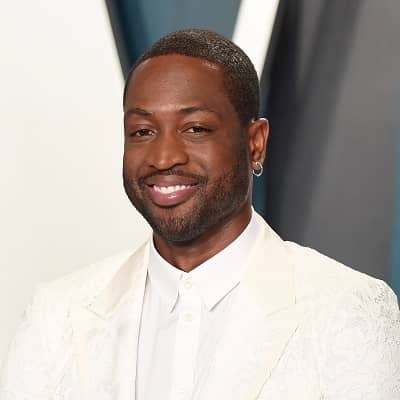 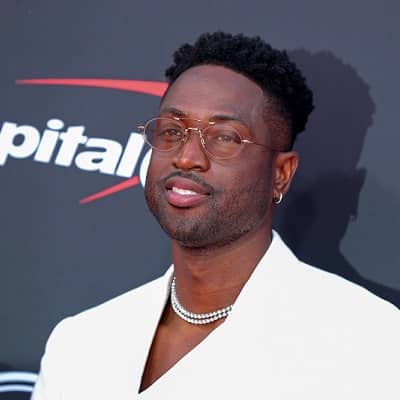 Dwyane Wade is a famous American basketball player who played professionally from 2003 to 2019. Dwyane Wade is popular for his philanthropic involvement with The Wade’s World Foundation as well as other organizations, events, and programs.

Dwyane Wade was born on January 17, 1982, and he is currently 39 years old. He hails from Chicago, Illinois, and his zodiac sign is Capricorn. Likewise, his full name is Dwyane Tyrone Wade Jr.

His parents are mother JoLinda and father Dwyane Wade Sr. Likewise, he has an elder sibling named Tragil. When his parents married each other, his mother already had two children besides he and his sister. Sadly, he parents separated when he was only four months old. He half-siblings are Deanna, Darnell McDaniel, Kodhmus McDaniel, and Demetris McDaniel. 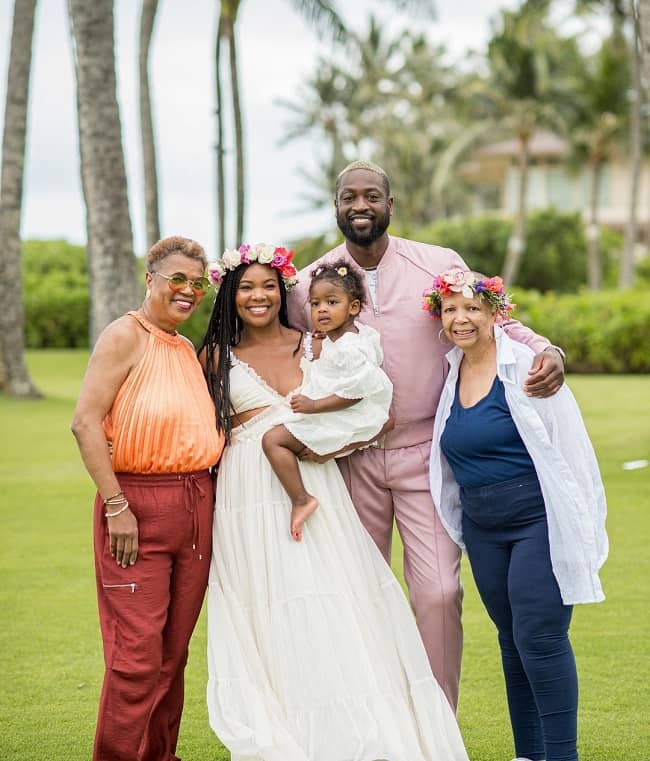 Caption: Dwyane Wade posing for a photo with his mother, wife, daughter, and mother-in-law. Source: Instagram

After his parents’ separation, his mother received custody of him and his sister. His mother also struggled with drug addiction and was in and out of prison. At the young age of 8 years, his sister tricked he saying that they were going to the movies. However, Tragil took him to live with their father and stepmother. He visited JoLinda occasionally. However, after his father moved to Robbins, Illinois, with the family, he didn’t see his mother for the next two years.

Moreover, he has shared that he took basketball and football to avoid the temptations of drugs and gangs. He credited his sister as the person most responsible for guiding him in the right direction. Growing up, he idolized Michael Jordan.

Regarding his educational journey, he attended Harold L. Richards High School in Oak Lawn. There, he played basketball and football for the school team. Later on, he joined Marquette University located in Milwaukee, Wisconsin. There too, he played for the college team under coach Tom Crean.

Dwyane Wade is a popular former professional basketball player. The basketballer played the majority of his 16-year career for the Miami Heat of the National Basketball Association. With the team, he bagged three NBA championships.

He was drafted 5th overall in the 2003 NBA draft by the Heat. This was after the player’s successful college basketball career playing for the Marquette Golden Eagles. Then in his 3rd season, he led the Heat to the team’s 1st NBA Championship. Subsequently, the former basketballer was named the 2006 NBA Finals MVP. 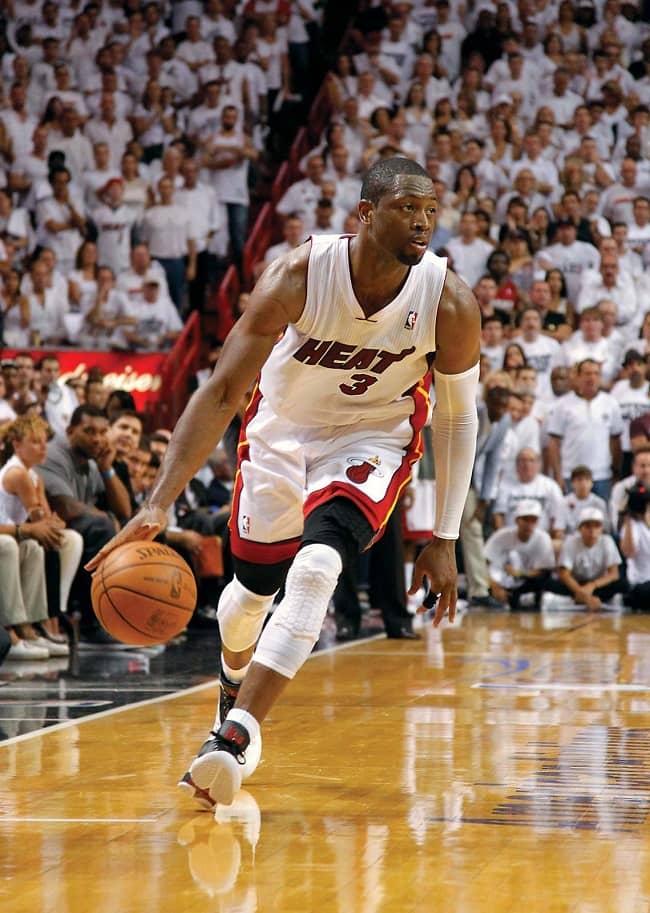 Further, in the 2008–2009 season, he led the league in scoring. The former basketballer also earned his 1st NBA scoring title this season. He became the NBA All-Star Game MVP in the year 2010. He along with LeBron James and Chris Bosh, helped guide Miami to 4 consecutive NBA Finals. It was from the year 2011 to 2014. The team also won back-to-back championships in the years 2012 and 2013.

He played for the Chicago Bulls from 2016 to 2017. The player joined the Cleveland Cavaliers in 2017 and left the team in 2018. After that, he once again joined the Miami Heat in 2018 leaving the team in 2019. After this, he finished his playing career in 2019. Recently in 2021, she purchased a minority ownership stake in the Utah Jazz. 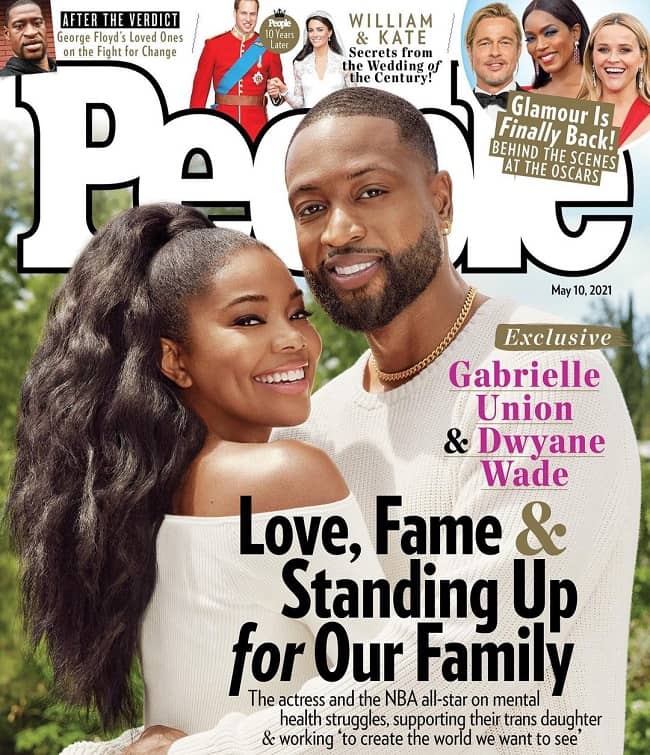 Caption: Dwyane Wade and his wife appearing on the cover of People magazine. Source: Instagram

Dwyane Wade tied the knot with Siohvaughn Funches in 2002. They were high school lovers. However, the couple split in 2007 and got divorced in 2010. Then in 2011, he received sole custody of their two children: Zaya and Zaire. The former basketballer also raises a nephew, sister Deanna’s son.

Then in 2008, he started dating actress Gabrielle Union. Although the lovers briefly split up in 2013 due to career demands, the two are back together. During his time apart with Gabrielle Union, he welcomed a son (Xavier) with Aja Metoyer. He and Gabrielle had their engagement in December 2013 and tied the knot on 30 August 2014, in Miami.

Likewise, on 7 November 2018, he welcomed his 4th biological child. This time, he welcomed a daughter (Kaavia) with Gabrielle via surrogate. Recently in 2020, the former basketballer’s 12-year-old child came out as a transgender girl, adopting the name Zaya. His children are Zaya Wade, Zaire Blessing Dwyane Wade, Xavier Zechariah Wade, and Kaavia James Union Wade. 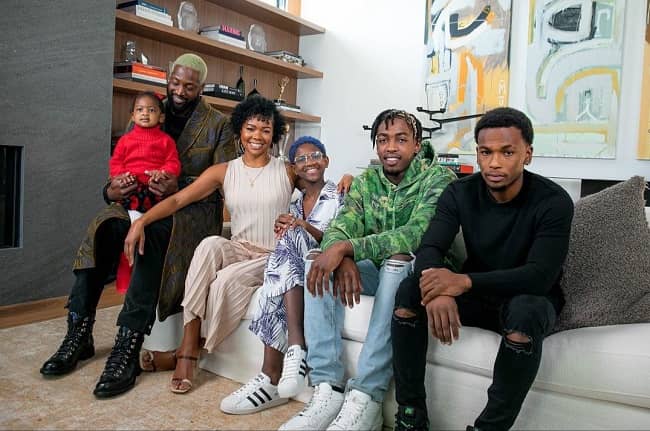 Caption: Dwyane Wade posing for a photo with his wife and all his children. Source: Instagram

Dwyane Wade’s listed height is 6 feet 4 inches or 1.93 meters and his listed weight is 220 lbs or 100 kg. Likewise, the basketballer’s chest-waist-biceps size are 48-36-15 inches respectively. He has dark brown eyes and hair of the same color.

He then created his “DwyaneWade” Youtube channel on June 30, 2013. So far, this channel has over 6.9 million views and 67.6K subscribers. Talking about the former basketballer’s net worth and earnings, his estimated net worth is around $170 million.