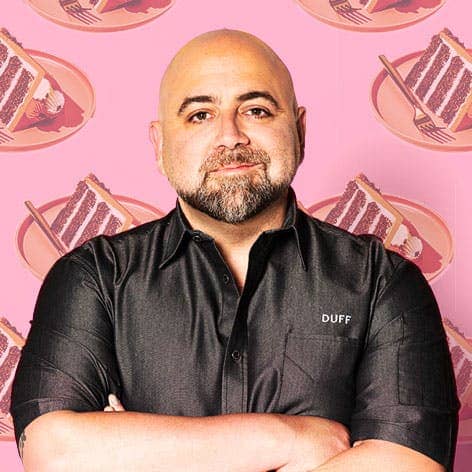 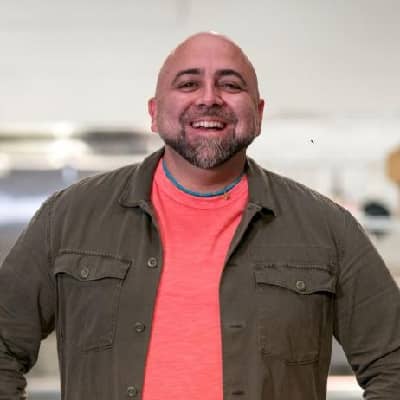 Duff Goldman was born on the 17th of December 1974 in Detroit, Michigan, and is 46 years old. His real birth name is Jeffrey Adam Goldman. Likewise, the zodiac sign of Duff is Sagittarius. Duff was born to a Jewish family. Further, he was born to his father Morrie Goldman and mother Jackie Winch. Goldman has a younger brother Luke Goldman and an older brother Willie Goldman. Jeffrey was very interested in the kitchen since his childhood. He used to imitate the behaviors of Chefs on TV. 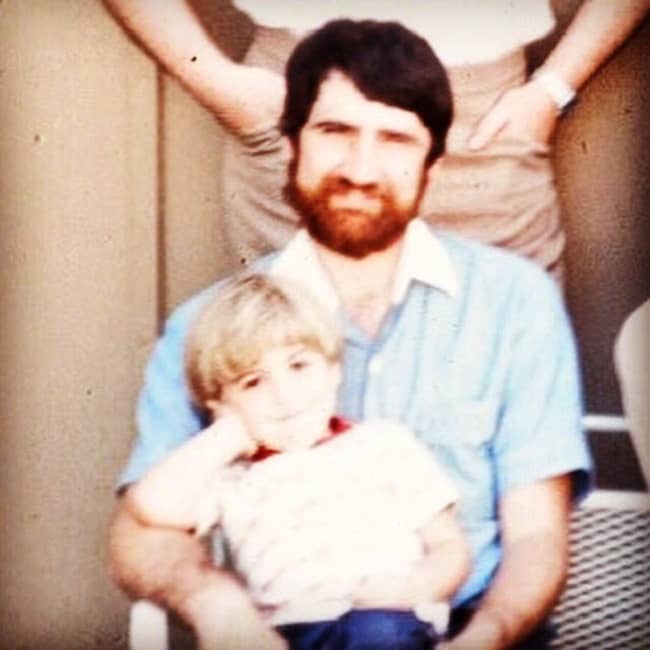 Caption: Duff Goldman during childhood with his father(source: Twitter)

Moving into the educational background, Duff completed his school-level studies at McLean High School in McLean Virginia, and completed high school at Sandwich High school. Similarly, Duff completed his graduation from the University of Maryland in history and philosophy. After that, Jeffrey went to the Culinary Institute of America in St Helena.

Duff Goldman was interested in cooking since his childhood when he was just 4 years old. Further Duff started working in a bagel store in a mall at the age of 14. Duff used to manage time for his work as well as for his studies. After completing his graduation, Duff returned to Baltimore and became a personal chef. Later in 2000, Duff started his own shop named Charm City Cakes. The Cham City Cakes fulfill his desire of becoming a chef. 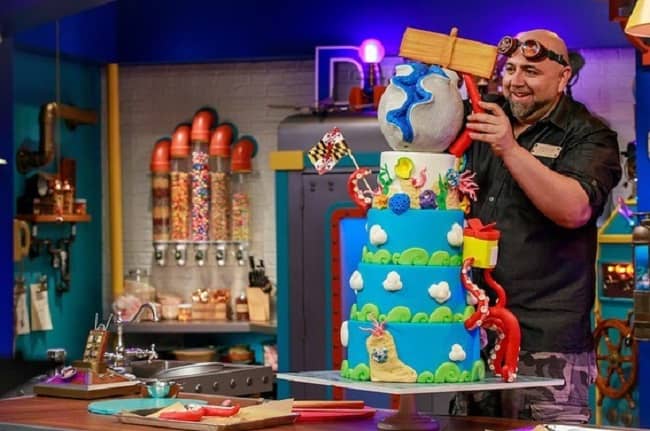 Further, this shop became a valuable platform for Duff to showcase his creativity and the right place to follow up his artistic genes in food. Later, Goldman hired two helper assistants. However, the assistants did not have any experience in baking but in sculpting. So, with the help of their sculpting arts, Duff invented unique-shaped cakes like an anatomically correct ear, a smoking volcano, a three-dimensional German Shepherd, and more.

Furthermore, Duff has been hired to make the cakes for celebrities and also including the former President of the U.S., Barack Obama in 2013. Duff also holds The Guinness Book of World Records for baking the world’s largest cupcake on March 30, 2008.

Talking about the relationship status, Duff is a married guy. Duff is married to his wife Johnna Colbry. Moreover, the couple was in a relationship for a long time since 2016/ Later, in 2018, Duff proposed to Johnna for marriage. After that, the couple exchanged their vows on 21st Jan 2019. Similarly, Duff and Johnna gave birth to their daughter Josephine in February 2021. 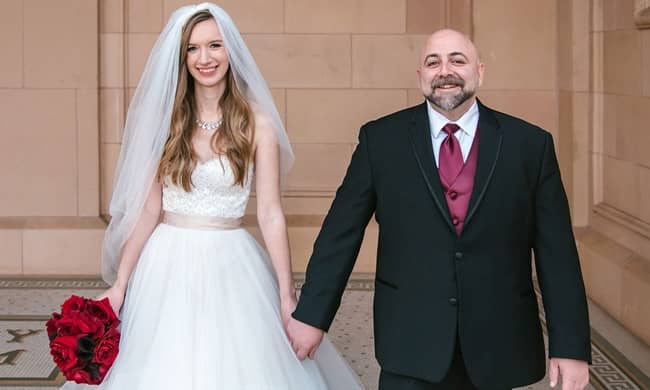 Moving into the body measurements, Duff has a pretty well-maintained healthy body. Likewise, Duff stands tall at a height of around 6 feet. Similarly, he has a body weight of around 78 kg. Further, Duff looks tall and pretty fat. However, there is no exact information on the body figures of duff. Moreover, Goldman has brown eyes and brown hair.

The major source of income for Duff is from his Charm City Cakes. As per the sources, Duff takes an annual salary of $26K as a chef. Moreover, the estimated net worth of Duff is around $5 million.