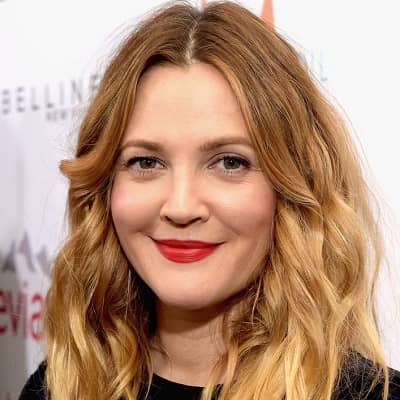 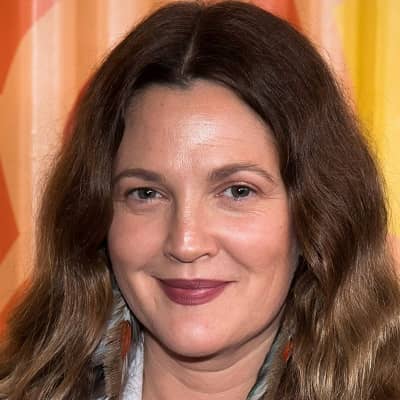 Drew Barrymore is an American actress, model, director, and producer. The actress Drew Barrymore gains fame as a child artist at the age of seven with her portrayal of Gertie in Steven Spielberg’s masterpiece ‘E.T. the Extra-Terrestrial.’ In addition, she is also known as the granddaughter of the famous actor John Barrymore.

Drew Blyth Barrymore, better known as Drew Barrymore, was born on February 22, 1975, in Culver City, California, at the “Brotman Medical Center”. Her zodiac sign is Pisces and she is currently 46 years old. Moreover, she holds American nationality and her ethnicity is unknown. She is the daughter of John Drew Barrymore, an actor, and Jaid Barrymore, a struggling actress. At the age of nine,her parents got divorced in 1984. Due to the lack of a father, she hurt her life.

Her father John had English, Irish, and German ancestry, while her mother is of Hungarian descent. She raises in an acting family. Moreover, her ancestors are Maurice, George Drew Barrymore, John Barrymore, and John Drew Jr. In addition, she was adopted as the goddaughter of Steven Spielberg and Sophia Loren.

Talking about her education life, she attended elementary school at ‘Fountain Day School’ in West Hollywood and Country School. Besides that, there is no more information regarding her educational life.

Her mother, Jaid, began taking her daughter to nightclubs, and it was there that Drew developed a pre-teen love for drugs and alcohol. Drew grew aggressive when she was 13 and couldn’t get her mother out of the house. After that, Drew’s family sent her to a rehabilitation center. Later, she also wrote all of her experiences in her autobiography, ‘Little Girl Lost.’ Film projects were slow to materialize due to her reputation as a troubled teenager.

Talking about Drew’s career, her first audition was for a ‘Gainsburger’ puppy food commercial when she was just 11 months old. At the age of two, she had already acted in a TV movie called ‘Suddenly, Love.’ Her other acting credits include a tiny appearance in a TV commercial and a role in the film “Bogie.” She then made her feature film debut as the youngest actress in the 1980’s “Altered States.” 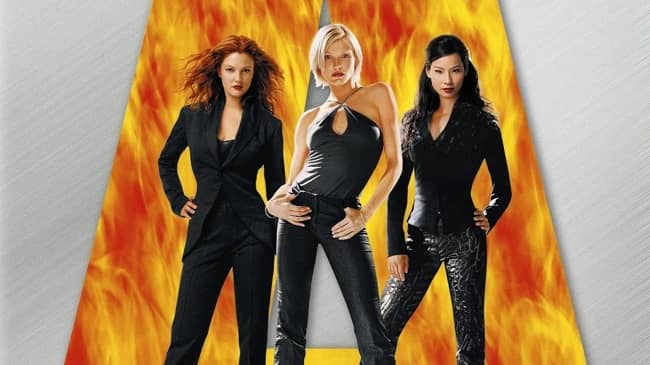 Drew Barrymore featured in “ET the Extra-Terrestrial” in the summer of 1982, which was one of the highest-grossing films of the time. She had entered a period of drug misuse at this time, which she maintained until she was committed to a rehab center at the age of 13. She successfully escaped from this phase, starring in films such as ‘Poison Ivy’ (1992), ‘Guncrazy’ (1992), and ‘The Amy Fisher Story,’ which focused on her rebellious girl image. In addition, she made on to the headlines for posing nude for ‘Playboy’ and exposing herself on live television in the ‘Late Show with David Letterman.’

She launched her production house “Flower Films” which changes her luck in the year 1995. She starred in two financially successful films in the same year, “Boys on the Side” and “Batman Forever”. She featured in the Woody Allen musical “Everybody Says I Love You” and made a cameo appearance in the popular movie “Scream” in 1996. She has appeared in several romantic comedies, including ‘Wishful Thinking’ (1997), ‘Wedding Singer’ (1998), and ‘Home Fries’ (1998).

As a producer and director

In the year 1999, she also produced the hit comedy movie “Never Been Kissed’. She was credited as an executive producer on the movie, which became a surprise success. In the next year 2000, her company released the hit film ‘Charlie’s Angles,’ which she also played an important role as an actress. Due to this movie success, she cemented her place in the Hollywood movie industry. She saw ‘Donnie Darko’ as having a lot of potentials. Following that, the film was created by ‘Flower Films,’ and it became a cult hit.

In the year 2002, her performance in the biopic movie ‘Confessions of a Dangerous Mind’ was highly acclaimed and she also gained the status of a highly talented actress. She has been an actor and producer in several successful films since 2004. ‘50 First Dates’ (2004), ‘Fever Pitch’ (2005), ‘Music and Lyrics’ (2007), ‘Lucky You’ (2007), ‘Grey Gardens’ (2009), and ‘Going the Distance (2010) are some the film which she has produce. On August 2, 2011, she directed the music video for the band “Best Coast” for the song ‘Our Deal.’ She played Lauren Reynolds alongside Adam Sandler in the 2014 film “Blended.” She also acted alongside Toni Collette in the film “Miss You Already.” She starred in the ‘Netflix’ television series ‘’Santa Clarita Diet” from 2017 to 2019. In 2017, she collaborated with Amazon to establish a women’s fashion collection named “Dear Drew”.

For her performance in “Grey Gardens,” she won the ‘Golden Globe Award’ for the ”Best Performance by an Actress in a Mini-Series or a Motion Picture Made for Television ” in 2010. For her 30 years in the film industry, she was honor with a star on the “Hollywood Walk of Fame” in 2004. She was nominated for the ‘Primetime Emmy Award,’ ‘BAFTA Award,’ and ‘American Comedy Award’ on multiple occasions.

As an actor, producer, and director, she has earned a huge sum of money in her professional life. According to the Wealthy Gorilla website, she is on the list of the top 20 richest actresses in the world. Her net worth estimates at around $125 million US dollars which she earned from her professional career. 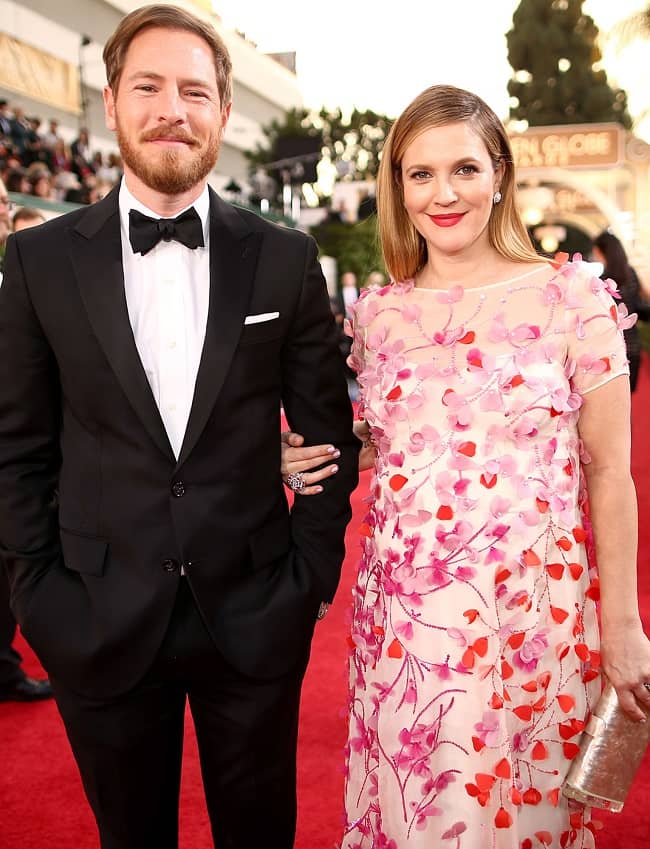 Caption: Drew Barrymore with her ex-husband Will Kopelman (Source: People)

Talking about her personal life, at the age of 16, she engages with Leland Hayward. In the year 1994, Drew married a bar owner named Jeremy Thomas. But the marriage didn’t last long and ended within a few weeks after the marriage. Again, in 2001, she married the Canadian comedian Tom Green, but the couple divorced after six months. Besides that, she has dated drummer Fabrizio Moretti and actor Justin Long, among others.

Drew Barrymore stands  5 feet 4 inches tall and weighs around 56 Kg. The actress has green eyes and light brown hair. Moreover, her bra size is 34C and her body measurements are 37-27-35 inches. 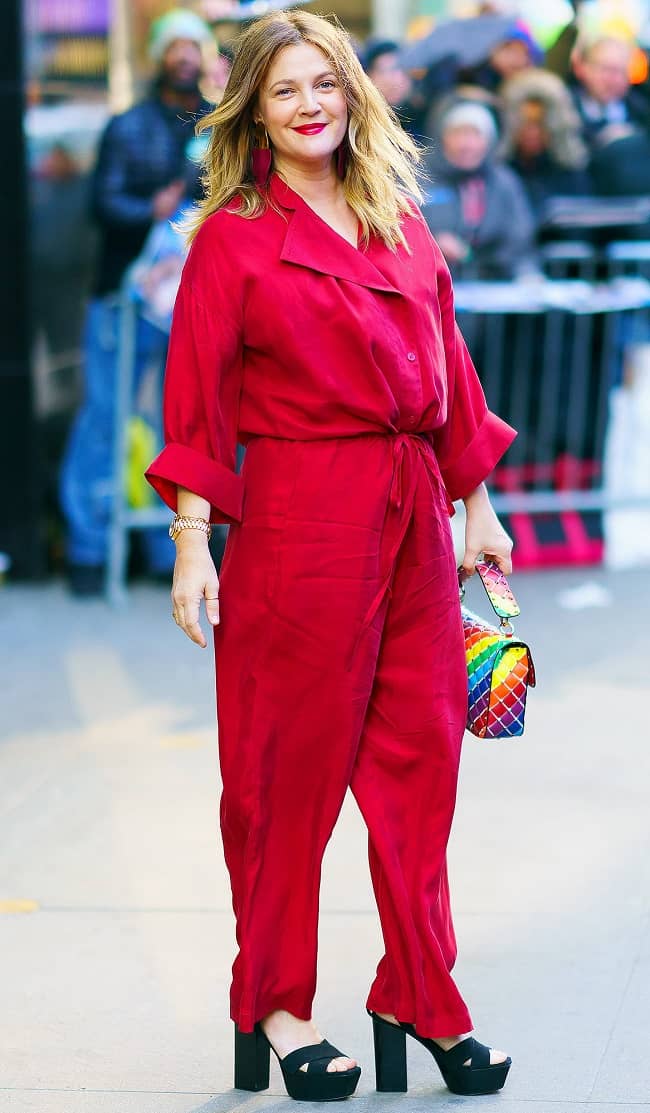