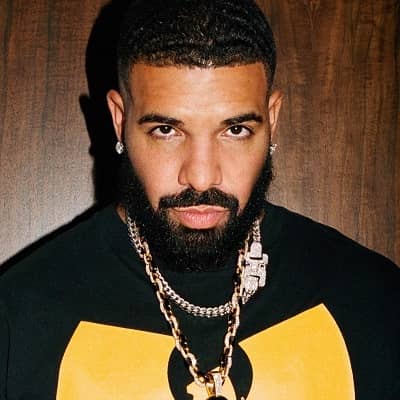 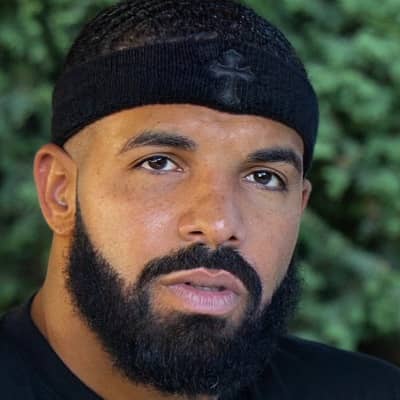 Drake is a rapper, singer, songwriter, and actor from Canada. Moreover, Drake is best known for playing wheelchair-bound Jimmy Brooks on ‘Degrassi: The Next Generation,’ and for hit songs like “Take Care,” “One Dance” and “Hotline Bling.”

Aubrey Drake Graham best known as Drake was born on the 24th of October 1986, in Toronto, Ontario, Canada. According to his birth date, he is 35 years old and holds a Candian-American nationality.

Moreover, he has a birth sign of Scorpio and belongs to an American-American ethnicity. He is the son of Dennis Graham (father) and Sandi Graham (mother). His father worked as a drummer for a legendary musician, Jerry Lee Lewis.

His mother was an English teacher and a florist. After his parents divorced when he was five years old, his mother raised him in Toronto. Moreover, he has a half-sister whose name is Raemiah Julianna from his father’s side. 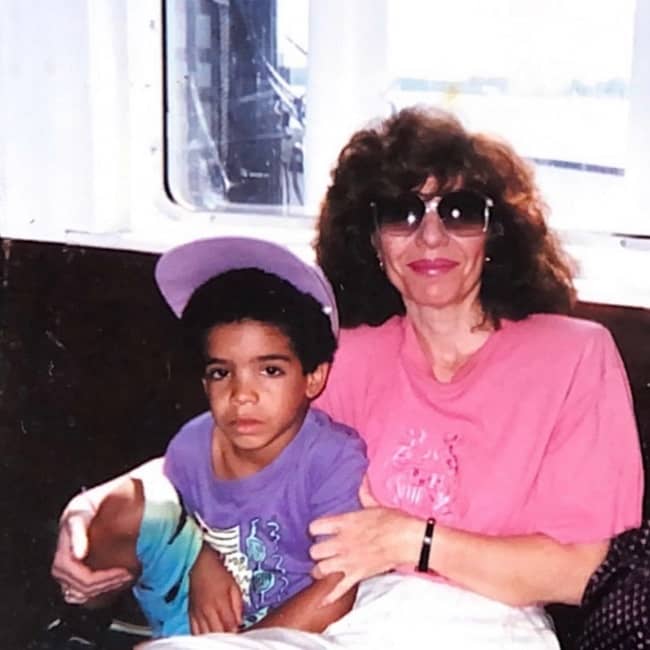 Drake occasionally traveled to Memphis, where his father had moved back to America. He was raised in a working-class area of the city close to Weston Road. His family moved to Forest Hill, a wealthier area of the city after he completed sixth grade. He graduated from high school in 2012 after having attended Forest Hill Collegiate Institute and Vaughan Road Academy. Later, he left school.

He was raised in a difficult environment. In addition to having a sick mother who struggled to care for the family and being the only black Jew in his largely white school, his father was arrested while attempting to cross the border.

Drake began acting in 2001 after being offered a part in the Canadian teen drama series “Degrassi: The Next Generation” by the acting agent father of one of his friends. He appeared in 145 episodes as the wheelchair-bound former basketball player Jimmy Brooks.

Over the years, he has been in several more television shows, such as Soul Food, Being Erica, and Sophie. He has also made cameos on shows like Beyond the Break, Saturday Night Live, and Punk’d. He provided the voiceover for the movie “Ice Age: Continental Drift.”

He decided to self-release his debut mixtape, “Room for Improvement,” after becoming renowned for his acting. The following year, he released another mixtape called “Comeback Season,” which featured the song “Replacement Girl,” which helped him earn his first major musical success.

For the mixtape’s release, he established October’s Very Own label. He made his third mixtape, “So Far Gone,” which is available as a free download from his record label’s website in 2009. It included Lil Wayne, Trey Songz, and Lloyd among others, and included songs like “Best I Ever Had” and “Successful.”

It was a commercial success. In response to the popularity of the mixtape, which peaked at Number 6 on the “Billboard 200,” he published his debut EP with the same name. On June 15, 2010, his first studio album, “Thank Me Later,” was made accessible. Nicki Minaj, Lil Wayne, and Kanye West were among the musicians who appeared on the album, which has been in production for the previous two years. 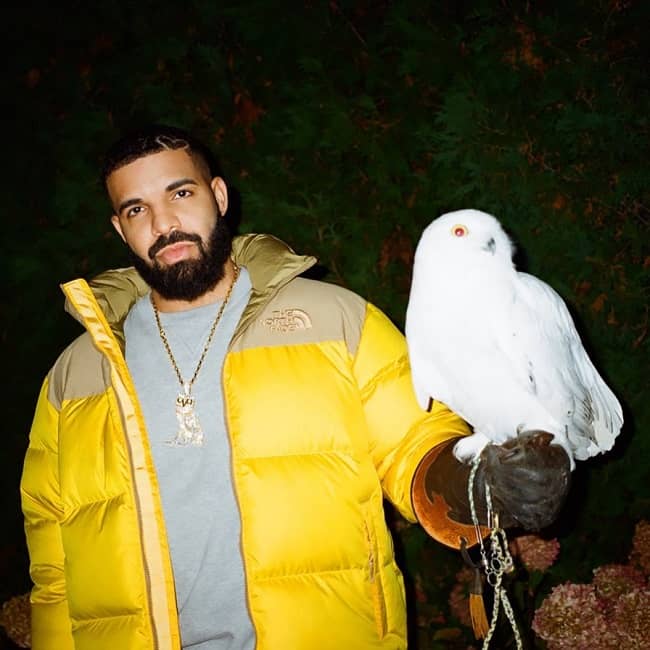 Caption: Drake with an owl in his hand (Source: Instagram)

Find Your Love, a song that peaked at number 10 on the Billboard Hot 100. He released his second studio album, “Take Care,” on November 15, 2011. Hit songs from the album were “Make Me Proud” with Nicki Minaj and “Take Care” with Rihanna.

Nothing Was the Same (2013), his third album, maintained his rise to prominence and was released with good reviews like its predecessors. It was his first full-length album, and OVO Sound, his own record company, released it.

The album’s seven hits all enjoyed commercial success. On April 29, 2016, he made available his fourth studio album, titled “Views.” There were five songs on it, including the Grammy-winning song “Hotline Bling,” the Jay Z and Kanye West collaboration “Pop Style,” and the Rihanna-featuring “Too Good.”

On March 18, 2017, he published a playlist named “More Life.” In 2018, he released his fifth studio album, “Scorpion,” as well as an EP called “Scary Hours.” For the song in 2019, Drake won a Grammy for best rap song, however, the live broadcast cut off his acceptance speech when he criticized the system. The Scorpion album includes songs that respond to Pusha T’s “The Story of Adidon” song.

Care Package, a collection of B-sides, covers, and other songs, Dark Lane Demo Tapes, which had the Billboard Hot 100 single “Toosie Slide,” and the EP Scary Hours 2 (2020), which featured “What’s Next,” were the following releases. Certified Lover Boy, his sixth album, was made available in 2021.

Later that year, he pulled “Way 2 Sexy” from nomination for the Grammy Award for best rap performance, as well as the album as a whole. Unexpectedly, he followed up his previous albums in 2022 with Honestly, Nevermind, which had more vocals and dance club music. Soon after, he released the music video for “Falling Back,” the lead song from the album.

His role as Jimmy Brooks in the CTV teen drama Degrassi: The Next Generation earned him five nominations for Young Artist Awards over his acting career. He also won the 2002 Young Artist Award for Best Ensemble in a TV Series (Comedy or Drama).

As a rapper, singer, and actor, he has earned a huge sum of money in his profession. Moreover, his net worth estimates at around $260 million, and has not shared other information regarding his income and salary.

As of 2022, this American rapper is not married and is single. However, this man has been involved in a series of high-profile relationships. He has been linked with celebrities like Rihanna and Nicki Minaj.

In addition, he has a son named Adonis who was born to him by Sophie Brussaux, a French artist and former adult star. He reportedly had a relationship with Kim Kardashian, according to a rumor. When people from all over the world participated in the “in my feelings” challenge, there was criticism.

People had to dance outside the moving car as the driver was filming while driving while the music was playing. When people died in accidents while taking on this challenge, this caused controversy.

This man stands 5 feet 11 inches and weighs around 78 kg. Moreover, he has brown eyes with black hair color and he has a shoe size of 13 US. In addition, he has a body measurement of 41-30-36 inches. 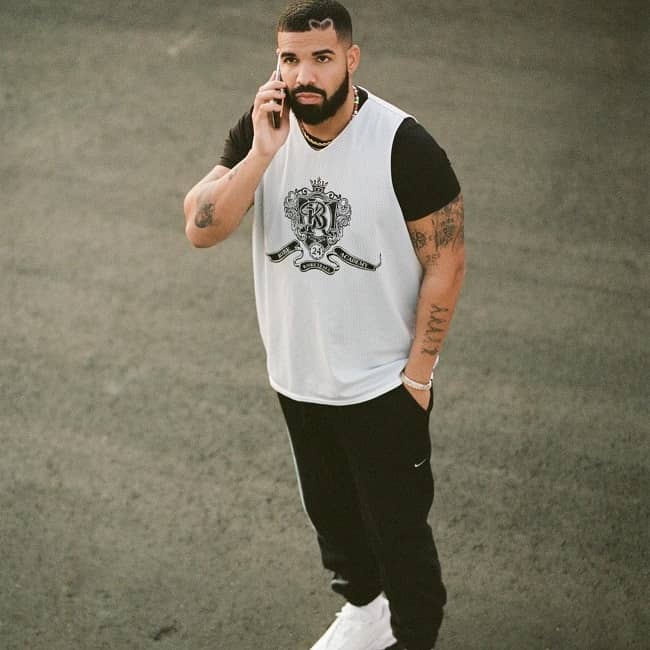