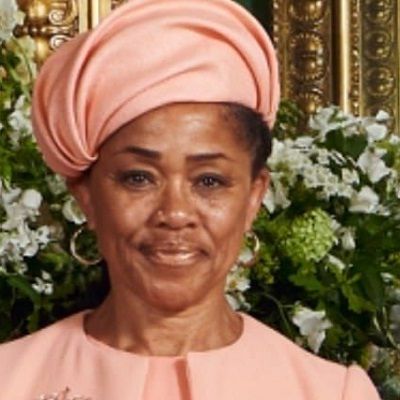 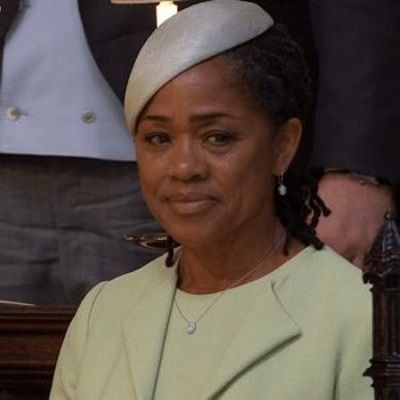 Doria Ragland was born on September 2, 1956, in Cleveland, Ohio to her parents, Alvin Azell Ragland and Jeanette Arnold. She is currently 64 years old. Her zodiac sign is Virgo. Her ethnicity is African-American. Her ancestors were enslaved in the United States. She grew up in Los Angeles after migrating from Ohio. Her father was an antique dealer and her mother was a nurse. Her father was her mother’s second husband.

Later, her father also married another woman after divorcing her mom. She has two elder maternal half-siblings Joseph Jr. and Saundra Johnson. Also, she has a paternal half brother named Joffrey Ragland who is younger than her. These days she lives in Black Beverly Hills which is one of the wealthiest neighborhoods in the United States. 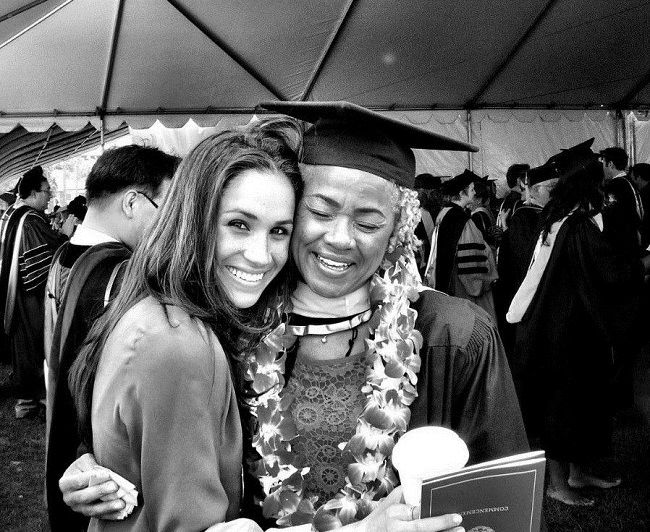 Doria Ragland during her graduation of Masters in social work (Source: Pinterest)

Doria did her schooling at Fairfax High School. She has a degree in social work. She completed her Masters of Social Work from the University of Southern California in 2011 and became a licensed clinical social worker. Likewise, she also studied a Bachelor of Arts in psychology.

After graduation from high school, Doria worked as a makeup artist. She later met her former husband Thomas Markle while employed at the studio for the television show General Hospital. Similarly, she worked as a travel agent and also owned a small business, before filing for bankruptcy in the mid-2000s. She has also worked as a flight attendant.

Likewise In 2015, Ragland also passed her social work licensing exam in California, after receiving a degree in Master of Social Work in 2011. Then she began working as a social worker and involves in different social activities timely. Ragland worked for a mental health clinic named Didi Hirsch Mental Health Services, in Culver City, California for about three years. She resigned from the clinic in May 2018, soon after her daughter Meghan’s wedding ceremony.

Moreover, Ragland has also worked as a yoga instructor and is considered as one of the successful Yoga Instructor. Similarly, she has gone along with her daughter to public events like the Invictus Games and the 20th anniversary of the Fourth World Conference on Women.

Recently in September 2020, Miss Ragland took over as boss of an elderly care homes firm. She has been appointed the boss of a care company for the elderly. Moreover, she is listed as a senior figure at Loving Kindness Senior Care Management. 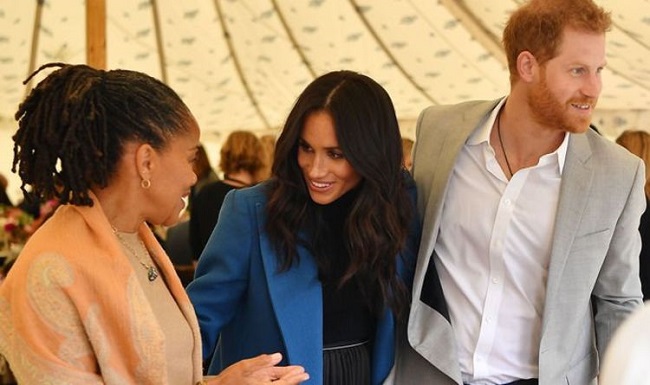 Doria Ragland Spotted with her daughter and son-in-law serving meals to the people at a higher risk of coronavirus (Source: Daily Express)

Recently, she encouraged her daughter and son-in-law to volunteer at Project Angel Food. Meghan was inspired by her mother and decided to help the people in trouble due to COVID-19. Meghan and Harry took two days to deliver the meals to the people at a higher risk of coronavirus.

Doria has not received any awards to this date but her ex-spouse Thomas has received multiple awards. He has received two daytime Awards for his honorable work on the TV soap opera and general hospital. He also received a Chicago/ Midwest Emmy Awards in Chicago in 1975.

She is one of the richest Yoga Instructor born in the United States. Her net worth is approximately $1 million as per 2020. She is living a lavish and luxurious life. She is the owner of View-Park –Windsor Hills in California. Her father inherited her property in 2011.

Doria is straight and married Thomas Markle. He is a lighting director and director of photography. The couple with two different races first met at a Hollywood studio in the late ’70s and then slowly fall in love. They married on December 23, 1979, in the Self-Realisation Fellowship Temple in Los Angeles.

The couple welcomed a baby girl, Meghan Markle on August 4, 1981. They divorced when their daughter Meghan was only six years old. Though the couple got separated they took equal responsibility for growing up their child. The couple was married for seven years.

She is very close to her daughter. Her daughter also has great respect and love for her. Moreover, she has a good relationship with her son-in-law. She attended their royal wedding in 2018. 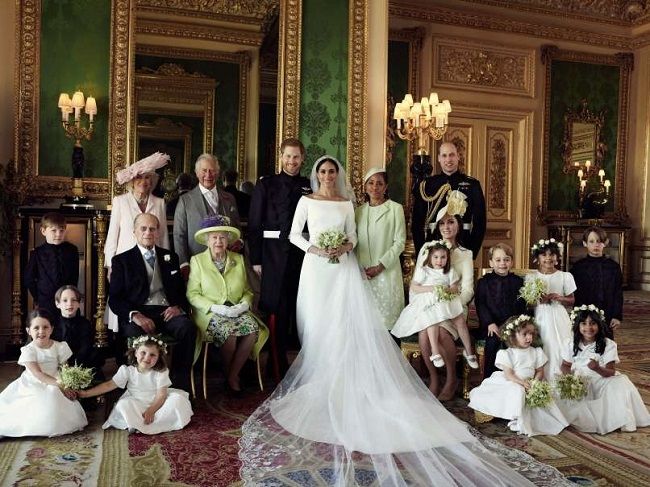 Then on May 6, 2019, her daughter gave birth to her first grandchild, Arche Harrison Mountbatten-Windsor. Then she flew from her home in Los Angeles to the UK her grandson, Daughter, and son-in-law. Similarly, she also attended her grandson’s christening in July 2019 in the private chapel at Windsor Castle.

Doria belongs to the black race and her husband Thomas belongs to the white race. Her husband created some fights due to their racial differences and they got divorced. Besides this, there are no rumors or controversy regarding this woman.

Doria has quite a fit body even at this age. Her body measurement is 33-28-34 inches. Likewise, her weight is about 55 kg whereas her height is 5 feet and 5 inches. She has got beautiful black eyes and black colored hair. She has dreadlocked hair and has got a nose ring.

Talking about her social media, she is not much active on social media platforms. She has no verified accounts on Facebook, Instagram, or any other websites. But her daughter is quite active in social media where she keeps on posting photographs with her and other family members.