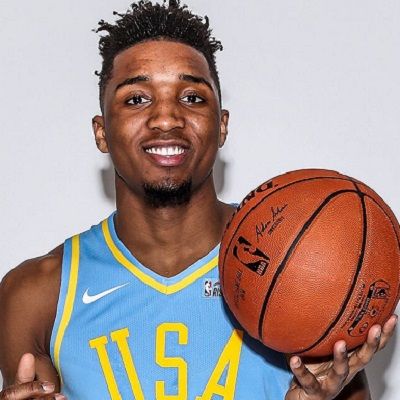 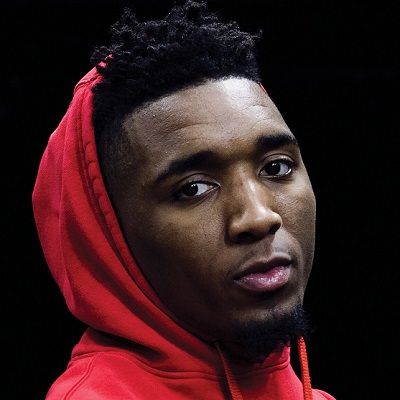 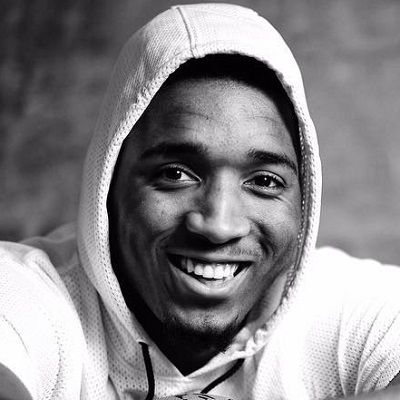 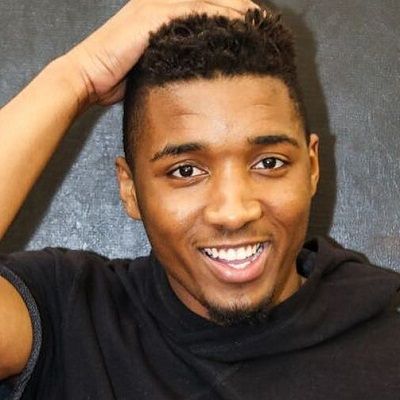 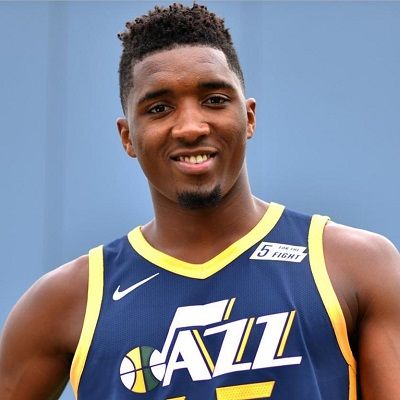 Donovan Mitchell is an American professional basketball player who plays in the National Basketball Association (NBA). Donovan Mitchell currently plays for the Utah Jazz as their Shooting Guard.

Donovan Mitchell did his first public interview since he tested positive for coronavirus on March 12, speaking to ABC’s Robyn Roberts during the March 16 edition of “Good Morning America.” In that interview, Mitchell repeatedly said he showed no symptoms or signs of the virus and has been in quarantine ever since being diagnosed.

“The biggest thing for me is just to stay in isolation and just keep to myself,” Mitchell said. “I have no symptoms, which is a unique situation. I keep making the joke to people that ask that if you were to tell me I might play in a seven-game series tomorrow, I’d be ready to lace up. I’m blessed that that’s the case.”

Mitchell’s case came after his teammate, All-Star center Rudy Gobert, became the first confirmed case of coronavirus in the NBA on March 11. Aside from Mitchell, Piston’s big man Christian Wood — who matched up against Gobert in Utah’s March 7 road win — also reportedly has coronavirus as well in the news that broke over the weekend.

Over the weekend, both Gobert and Mitchell posted videos via the NBA to update fans on their condition. In Mitchell’s video, he said he is feeling “fine” and “taking the proper precautions” in being in isolation. “I’m asymptomatic. I don’t have any symptoms,” Mitchell announced Monday on “Good Morning America.”

“I could walk down the street. If it wasn’t public knowledge that I was sick, you wouldn’t know it. I think that’s the scariest part of the virus: you may seem fine, be fine, but you never know who you may be talking to and who they’re going home to.”

It is not recognized if Gobert is responsible for Mitchell contracting the virus, or vice versa. On Friday, Gobert posted on social media to apologize for his actions, writing: “I have gone through so many emotions since learning of my diagnosis…mostly fear, anxiety, and embarrassment. The first and most important thing is I would like to publicly apologize to the people that I may have endangered. At the time, I had no idea I was even infected.”

Mitchell told “Good Morning America” he had seen Gobert’s postings and videos online. However, he said he needed some time to get over his anger in the wake of being diagnosed with coronavirus.

“To be honest with you, it took a while for me to cool off. I read what he said and I heard what he said. I’m glad he’s doing OK, I’m glad I’m doing well,” Mitchell said. “I’m just really happy, to be honest, Robyn, that it’s just — I hate to say this — just two of us and it wasn’t the whole party at the end of the day. Neither he nor I have children at home — I have some teammates that have children, and some stuff that has children at home. So, I’m glad we were able to kind of contain it as much as possible.” 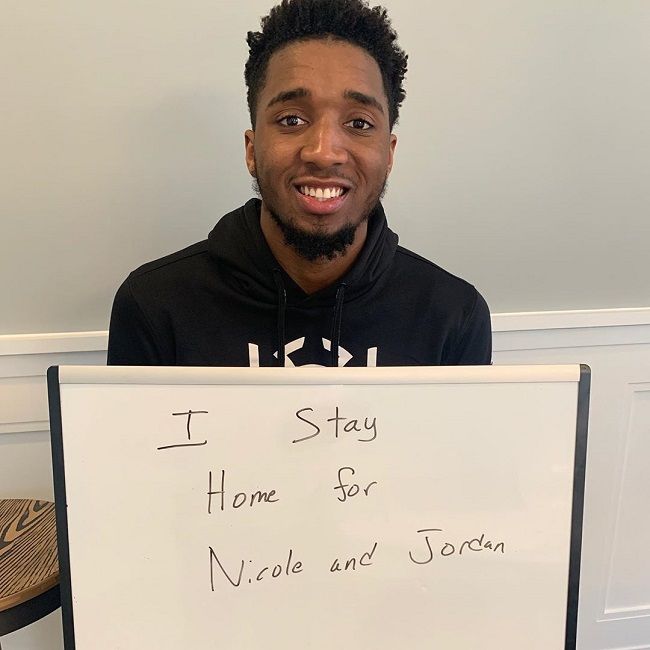 How is Mitchell doing?

Mitchell says he has spent his time in quarantine playing NBA 2K20, watching movies, and watching some old highlights of himself from his college to his NBA days. However, none of those things replicate the joy of playing the games.

“I think as of the basketball world saw yesterday, some of the guys are watching their old highlights,” Mitchell said in the interview. “I’ve been doing a lot of that. I’ve watched myself through college, and I’ve watched myself through the NBA … it’s kind of bringing back good memories, but you miss the game. You miss playing in front of some of the best fans in the world in the NBA.”

Mitchell made it known during the “Good Morning America” interview that he would be helping to pay for lunches in the Granite School District in Salt Lake City. The program, which the team announced Monday, will allow students in the district to obtain a meal at no charge while schools are participating in enclosures due to the COVID-19 pandemic.

“As we all navigate the challenges that have arisen with COVID-19, there are many people impacted,” Mitchell said in a statement released by the team. “My mom’s career in education made me value children and the importance of academics, and I want to make sure that kids can continue to eat a meal while they can’t go to school.

Along with basketball, he also played baseball for two years in high school but focused on basketball when he went to Brewster, a move that attracted more attention from college basketball coaches. After completing high school, he enrolled at Louisville University and played for Louisville. He decided to wear the 45th jersey, showing his appreciation for Michael Jordan. 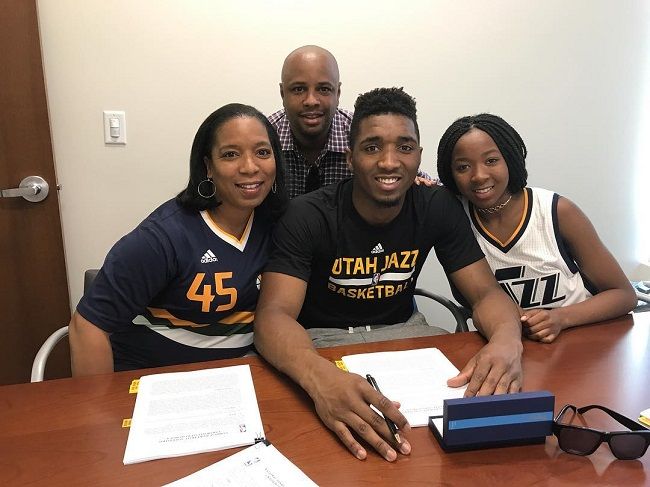 Donovan was drafted by Denver Nuggets as the 13th overall pick in the 2017 NBA draft. It was for the 24th pick (Tyler Lydon) and Trey Lyles only to be traded to the Utah Jazz. On 5 July 2017 Mitchell signed a four-year contract for the Jazz rookie scale. Moreover, he signed a multi-year shoe deal with Adidas on 11th July 2017.

Mitchell set a rookie Jazz score record and became the first NBA rookie to score 40 points in a game since Blake Griffin in 2011. In 1981, he surpassed the Darrell Griffith team record of 38. Later he broke the record of Karl Malone for most 20+ points during a rookie season.

He was named the Western Conference Rookie of the Month for December 2017. Mitchell was named by the NBA as an injury replacement for Orlando Magic forward Aaron Gordon for the 2018 NBA Slam Dunk Contest on 5th February 2018. He won the contest scoring 48 and 50 in the first round, then 50 and 48 in the final round being the first rookie to win the contest since Zach LaVine.

Moreover, he was named as the Western Conference Rookie on 1st March 2018, for the third time that season for games played in February. On May 22, 2018, he was entitled to the NBA All-Rookie First Team. He opened the 2019-2020 season with a 32-point, 12-assist performance in a 105-95 win over the Oklahoma City Thunder on October 23, 2019. On January 30, Mitchell was named an All-Star for the first time in his career, being selected as a Western Conference reserve. 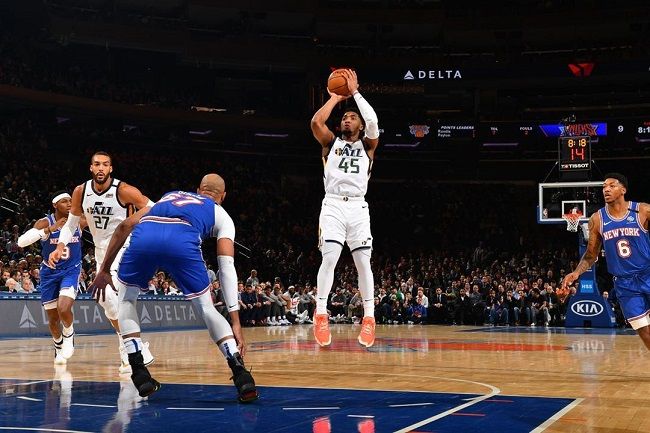 Donovan was previously in a romantic relationship with his girlfriend Deja Lighty. The details regarding their affair and other facts were not made public. The couple reportedly ended their relationship calling it a quit in late 2019.

He was also spotted with another girl soon after their breakup. But her name is not revealed and their relationship has also not been confirmed. Similarly, he has not been involved in any sort of controversial acts that would hamper his career. He has maintained a good profile.

Donovan Mitchell is a handsome basketball player with a charming personality. He stands at a height of around 6 feet 3 inches tall and weighs around 98 kg. Mitchell is not only a world-class athlete but also a very attractive individual. He has black hair and dark brown eyes. Therefore, further details regarding his body measurements are not available.

Donovan Mitchell is quite active on social media platforms. Mitchell has earned over 3 million followers on his ‘@spidadmitchell’ Instagram account. His Twitter account has gained more than 681K followers. Likewise, he is also active on Facebook with more than 118K followers. However, his social media accounts are all verified.

Kept aside from his financial earnings, his assets include his home and cars. Further, the NBA Player earns a good amount of money from various sponsorships. He was the 11th best-paid player of the Utah Jazz in 2019 and the 10th best-paid player in 2018.