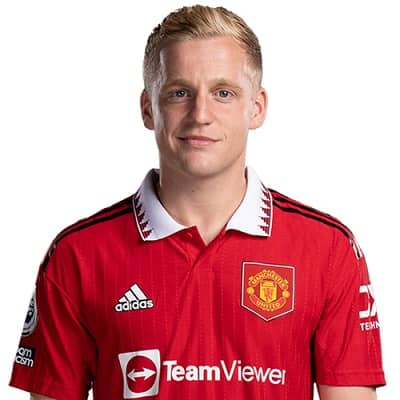 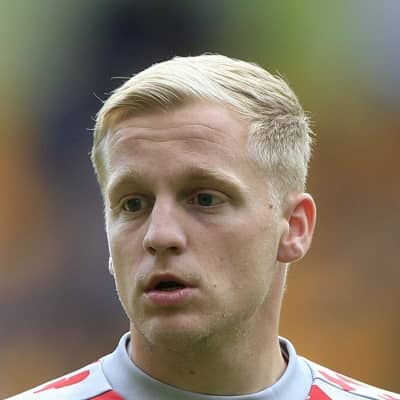 On the 18th of April 1997, Donny van de Beek was born in Nijkerkerveen, Netherlands. According to his birthdate, this football player is 25 years old and holds Dutch nationality.

Moreover, he belongs to the Dutch-White ethnicity and has the zodiac sign of Aries. He is the son of Andre (father) and Gerdina van de Beek (mother). His father is an Ajax fan who took Donny to their stadium when he was five years old. He also has a younger brother, Rody, who plays for Veensche Boys.

Donny van de Beek began his football career with the local Veensche Boys’ academy before joining the Ajax junior academy in August 2014. He signed a three-year contract with Ajax and was assigned to the D-team.

He was also a member of the team that defeated Feyenoord A1 in the A1 team Supercup. On January 27, 2015, he signed a contract extension that would keep him at the club until mid-2018.

In January 2015, he made his debut for Ajax against Sparta Rotterdam. As an injury substitute, he appeared against ADO Den Haag in March. He also won the AFC Ajax Talent of the Future title at the end of the 2014-2015 season.

Debut  from the senior team

Later, in November 2015, he was called up to the senior team for a UEFA Europa League game against Scottish club Celtic, where he made his European debut. In a 2-0 league win against PEC Zwolle, he earned his first-team debut.

He scored his first goal for the team against Molde FK of Norway. When he scored, his head collided with that of opponent Joona Toivio, causing his left brow to bleed. He also came in in the 70th minute of Ajax’s Europa League final against Manchester United, which Ajax lost 2-0.

Tottenham Hotspur scouted him in the Netherlands in October of the 2017-2018 season when he scored in both legs of a Champions League qualifier against French side Nice. On November 18th, he scored a hat trick in an 8-0 League victory over NAC Breda.

In July 2018, he was approached by the Italian club Roma, but Donny reject it. In the 2018-2019 season, he moved to the attacking midfielder position for Ajax. The team also won its first league title in five years and, shockingly, qualified for the 2018-2019 UEFA Champions League semi-finals.

During the 2019-2020 Champions League season, he scored against Valencia in a 3-0 away win and Chelsea in a 4-4 tie, although Ajax was eliminated from the group stage after losing 1-0 at home to Valencia.

After a long career at Ajax, he was transferred to Manchester United on September 2, 2020, where he signed a five-year deal worth £35 million with £5 million in add-ons. As a tribute to former Ajax teammate Abdelhak Nouri, he wore the number 34 at Manchester United.

During his debut season with Manchester United, he had little involvement, starting only four Premier League games. On 12 September, he made his debut in a friendly against Aston Villa before making his competitive debut as a substitute in the club’s first Premier League match at home to Crystal Palace on 19 September, scoring United’s only goal in a 3-1 defeat. 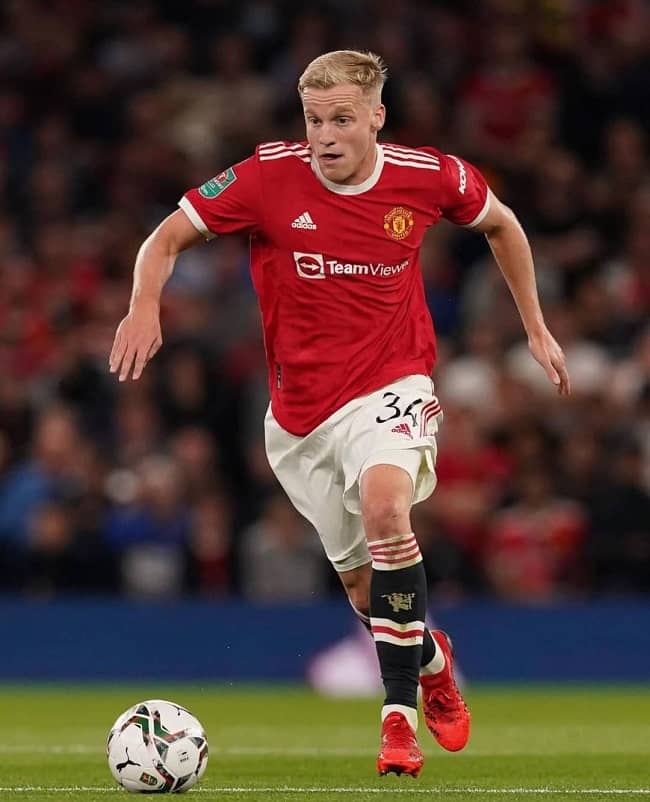 In his second season, he did not play in the Premier League at all, however, he did play in the Champions League and the EFL Cup.

He was substituted in for only the third time in twelve Premier League appearances in what turned out to be manager Ole Gunnar Solskjaer’s last match, a 4-1 loss at Watford on 20 November 2021, scoring his second and final Premier League goal for the club.

He received only 9 minutes of playing time in the 10 Premier League matches under substitute coaches Michael Carrick and Ralf Rangnick.

He was loaned to Premier League team Everton until the end of the 2021-22 season on January 31, 2022. He started five of the first six games, but his time with the club was marred by recurring thigh injuries, and he did not play again until the last Premier League game of the season, a 5-1 loss to Arsenal, in which he scored the Everton goal.

He made his international debut for the Netherlands under-17 team against Germany on September 11, 2013. He was also a member of the team that went to the 2014 UEFA European Under-17 Championship final after defeating Scotland in the semifinals.

On November 14, 2017, he made his senior international debut against Romania in a friendly match. Not only that, but he was a substitute in both games of the 2019 UEFA Nations League Finals, in which the Netherlands defeated England 3-1 but lost to Portugal 0-1.

As a football player, he has earned Ajax Talent of the Future (Sjaak Swart Award): 2014–15. Besides this, he has also earned several medals and trophies with his club and may earn more of them in the following years. 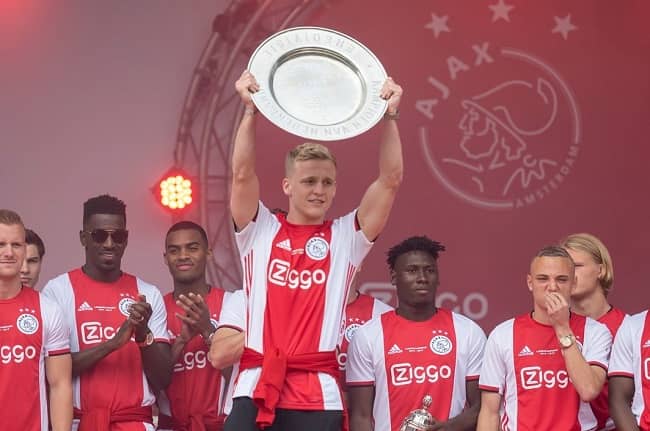 As of 2022. he earned a net worth of 1 Million Euros to 10 Million Euros. Moreover, this player has not shared information regarding his salary and income at the moment.

Currently, this football star is not married. But, he is dating his beautiful girlfriend, Estelle Bergkamp who is Dennis Bergkamp’s daughter. 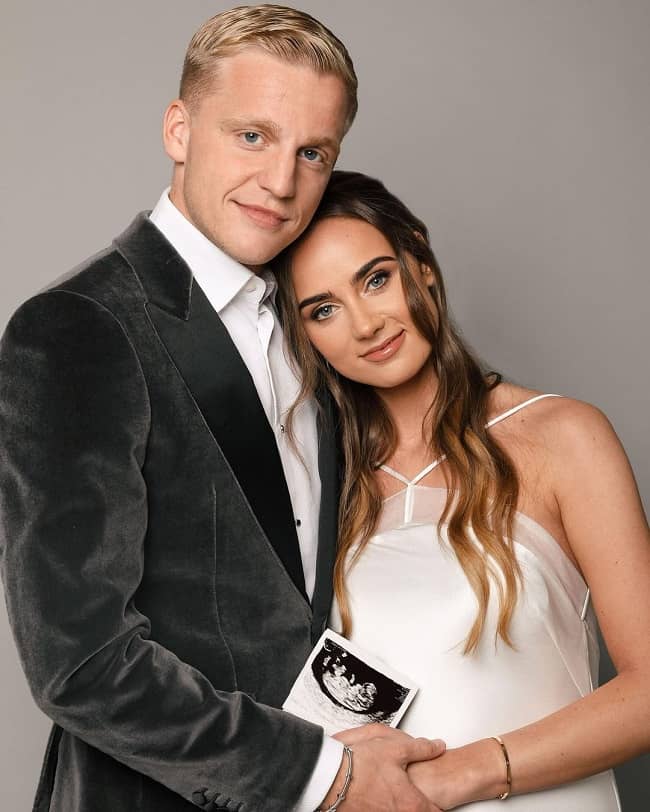 They started dating in 2019 and on April 10, 2022, they welcomed their first child, a baby girl named Lomee. However, this footballer is not a part of controversy or rumors and is focused on his career and personal life.

This footballer stands 6 feet tall and weighs around 74 kg. Moreover, he has light blonde hair with blue eyes color and he has an athletic body type.