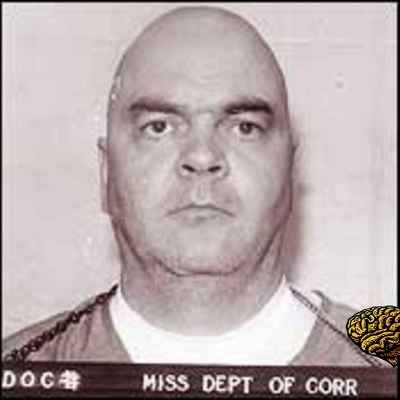 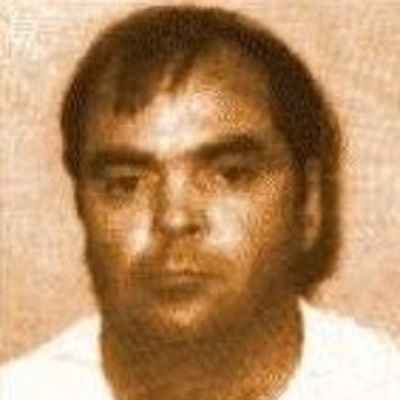 Donald Leroy Evans was born on 5 July 1957. He hailed from Michigan and his zodiac sign was Cancer. Talking about his family, Donald has an elder brother named Larry Evans.

Caption: Donald Leroy Evans’ older brother – Larry Evans – recalls his brother’s disruptive behavior growing up, while sitting on a couch near a TV set with a CNN broadcast showing the portrait of Donald. Source: Getty

Donald Leroy Evans was 41 years old at the time of his demise on 5 January 1999.

Donald Leroy Evans is a famous criminal. As such, he is a serial killer who murdered at least three people from 1985 to 1991. Likewise, Evans was well-known for confessing to killing victims at parks and rest areas across more than 20 U.S. states.

Likewise, this personality was convicted of his 1st crime in Galveston, Texas. It was for the rape of a local woman in the year 1986. Back then, Evans was sentenced to 15 years in prison. However, he only served 5 years and was granted parole in 1991. Following this, Evans returned to Galveston and took work as a desk clerk in a motel. Soon, he was discharged after parole officials objected to a convicted sex offender working in a motel setting.

Once again, this personality was arrested while employed aboard a fishing boat. This time, his arrest was for the murder of the 10-year-old girl that Evans had raped and kidnapped. Eventually, this personality faced a new arrest warrant when a former girlfriend filed a complaint to police about threats of violence.

Donald stayed ahead of law enforcement officials briefly. For this, he stole a car and fled to Mississippi. Evans tried to remain inconspicuous in the Gulfport area. However, he soon committed the crime for which he would receive the death penalty. It was the rape and murder of 10-year-old Beatrice Louise Routh on 1 August 1991.

Talking in detail about this crime, Donald seized the homeless girl from a Gulfport park and sexually assaulted her. Following this, Evans strangled her to death and dumped the 10-years-old girl’s corpse in a rural area. At trial, the medical examiner testified that the 10-year-old girl was conscious, and could feel pain throughout her day-long ordeal.

Soon, this criminal was arrested and he confessed to abducting the girl. Likewise, Evans was remanded to a federal prison in Colorado on kidnapping charges. Further, a jury trial in Mississippi convicted this criminal of sexual battery and murder on 16 August 1993. After 3 days, the same jury refused an option to grant Evans life imprisonment and sentenced him to the death penalty. 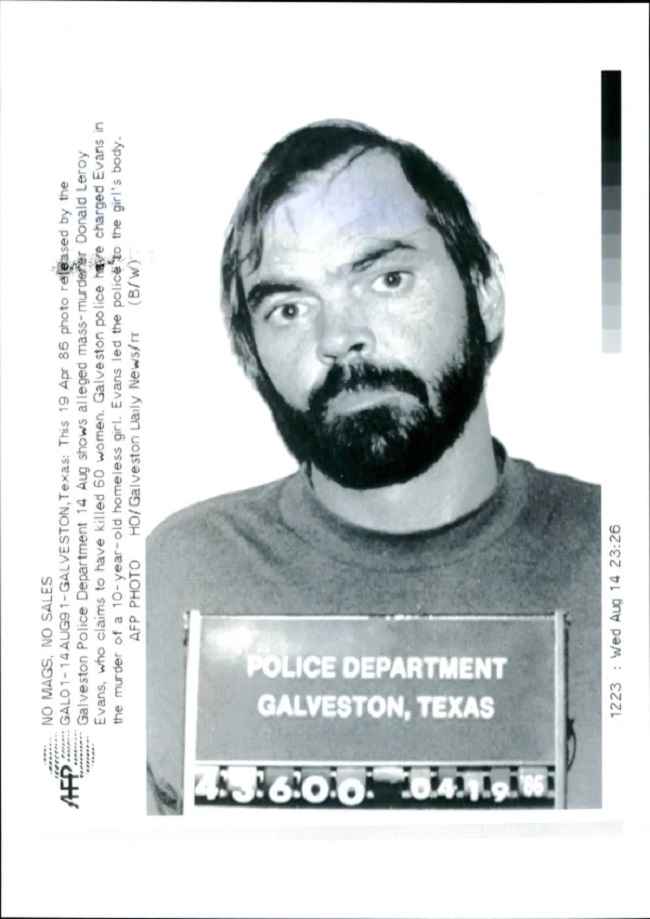 While in custody, this criminal claimed responsibility for killing more than 70 other people in 22 states. Evans revealed that most of the murders and rapes took place at rest stops and public parks. The authorities were originally skeptical of this criminal’s claims. However, two of Evans’ descriptions were perfect matches to unsolved cases across Florida.

Furthermore, in the year 1995, this criminal pleaded guilty to the 1985 strangulation death of Ira Jean Smith in exchange for a life sentence.

Evans successfully escaped the Harrison County Jail in June 1993. However, the authorities recaptured this criminal a short time later while he was hiding in a shed. A fellow criminal death row inmate at the Mississippi State Penitentiary stabbed Evans to death in the year 1999. This happened when Evans was in the shower.

Donald Leroy Evans has not done any brand endorsements or advertisements. As a criminal, no brands and companies would have wanted to feature this personality or select this person to advertise their services and products.

There is no verified information about Donald Leroy Evans’ love life, relationships, affairs, or anything related to his private matter. There is mention of Evan’s former lover but his/her name and identity are not revealed.

Donald Leroy Evans didn’t have an official or personal profile on any platforms including Instagram, Facebook, Twitter, Youtube, etc. At the time Evans was alive, these social media platforms were not widely used as they are today.

Moving on, Evans’ net worth and earnings are all a mystery. However, before his arrest, this criminal worked various jobs including working aboard a fishing boat and a desk clerk in a motel among others.