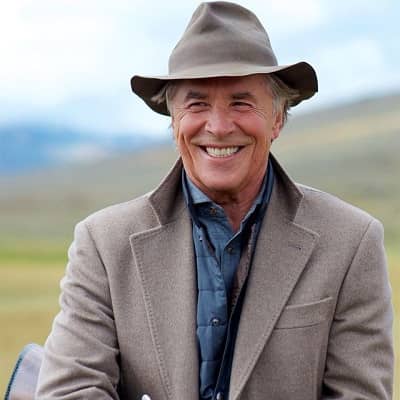 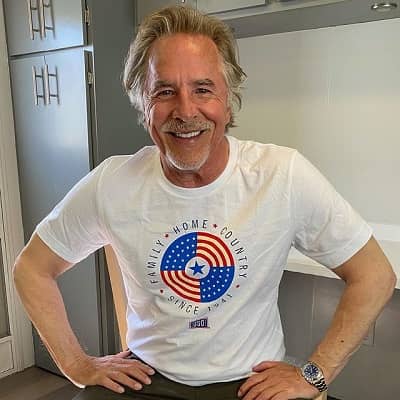 Don Johnson is a famous actor, director, singer, producer, and also songwriter from Flat Creek, US. Don Johnson was respectfully honored on the Hollywood Walk of Fame for his presence in Hollywood.

Don Johnson’s birthdate is 15th December 1949 and his birthplace is Flat Creek Township, Missouri, US. His age as of 2021 is seventy-one years old and his sun sign is Sagittarius. Likewise, he was born as Donald Wayne Johnson to Wayne Fred Johnson and Nell Johnson. The name is his siblings are Casey, Deanne, Greg, and Linda Johnson. His dad was a farmer, whereas his mom was a beautician. At the age of 6, his family went to Wichita, Kansas.

As for his education, he went to Wichita South High School in Wichita for his primary education. There, the actor performed in several plays like, ‘The Hullabaloo’, ‘Burnt Cork and Melody’, and ‘West Side Story’. In 1967, he completed his education at ‘South High School’ and joined the ‘University of Kansas’ for a short-term period. After then, he went to San Francisco at the ‘American Conservatory Theatre’ to learn drama. 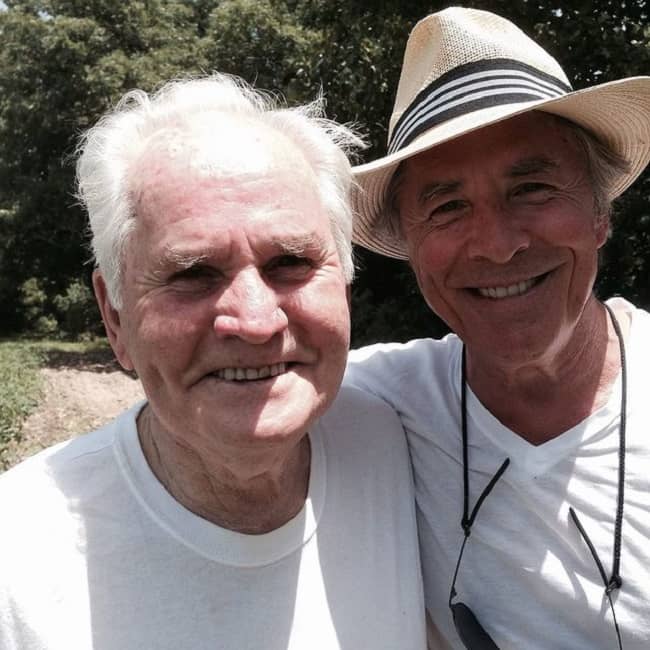 In 1969, the actor got her first main character of Smitty to act in a Los Angeles stage program, “Fortune and Men’s Eyes”. The director Leonard J. Horn attention was grabbed by Don’s work. So, he got the character of Stanley Sweetheart to act in ‘The Magic Garden of Stanley Sweetheart’ in 1970 which went on to flop. His several amazing works of that time are ‘The Harrad Experiment’, ‘Zachariah’, ‘A Boy and His Dog’, ‘Lollipops, Roses and Talangka’, and ‘Revenge of the Stepford Wives’.

In 2007, Johnson was in a West End of London musical production, ‘Guys and Dolls’ as Nathan Detroit. Next year, the actor was in a Norwegian movie, ‘Lange FlateBall�r 2’ as Admiral Burnett. In 2008, he was present in ‘Torno a vivere da solo’ and ‘Lange Flate Ball�r II’. Then, he acted in a movie, ‘When in Rome’, ‘Machete’, and ‘Southern Discomfort’ all in 2010. He was also present in a sports comedy TV series, ‘Eastbound and Down’. There he got the character of Eduardo Sanchez Powers.

Then, the actor began being present in a prime-time soap opera, ‘Blood and Oil’ from 2015 as Harlan “Hap” Briggs. Together with his acting skills, he also worked in the series as an executive producer. In 2018, he got the role of Arthur in the romantic-comedy movie ‘Book Club’ by Bill Holderman. The following year, he acted as Richard Drysdale in the murder-mystery movie, ‘Knives Out’ by Rian Johnson. Moreover, the American actor was seen in the series, ‘Watchmen.’

As for his musical career, he has brought out his 3 albums to this day. The name of his 1st album is ‘Heartbeat’ which was out in 1986 which was a huge success. In 1989, he came up with his 2nd album, ‘Let It Roll’ and in 1997, he brought out a compilation album, ‘Essential’. Likewise, his successful singles are ‘Heartbeat’, ‘Other Peoples Lives’, ‘Voice on A Hotline’, ‘Heartache Away’, ‘Tell It Like It Is’, and ‘A Better Place’. One of his duets is ‘Till I loved You’ which also was a huge success. Moreover, Johnson has also worked as a co-writer for several songs like ‘Can’t Take It With You’, ‘Blind Love’, and ‘Till I Loved You’. 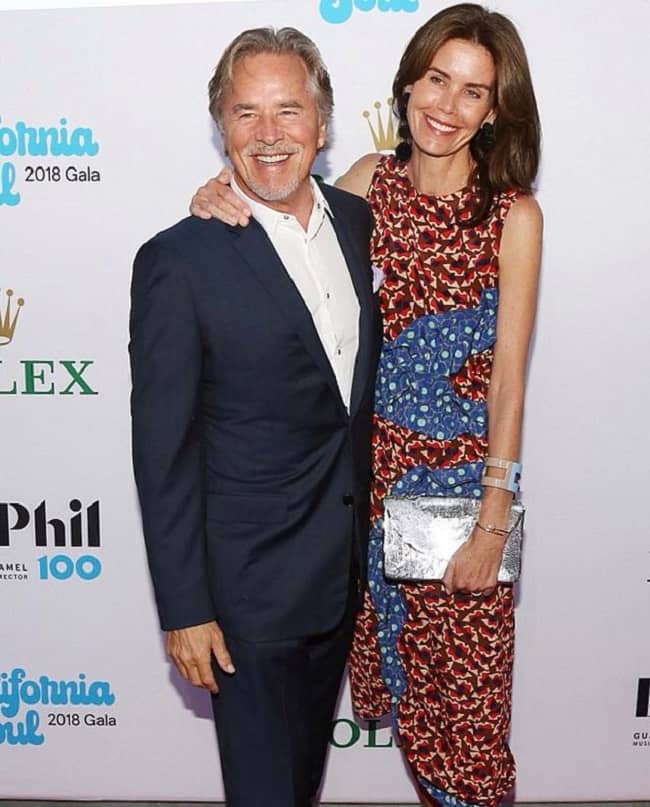 Caption: Don Johnson with his wife at an event (Source: Instagram)

Don Johnson has been making approximately $45 million as of November 2021. His primary source of income is from his professional career as an actor, TV personality, producer, director, songwriter, and singer. With his amazing amount of income, the American celebrity has been residing an amazing life in the US. Furthermore, the actor has been received around $19 million from ‘Rysher Entertainment’ as a legal settlement.

Don Johnson has tied the knot with 5 women but the name of his 1st two partners are not available. But it is for sure that these weddings happened at the ending of the1960s which didn’t last long. At the age of twenty-two years, he was in a relationship with Melanie Griffith, who was just fourteen years old at that time. They started living together after she turned fifteen years and even did engagement when she was eighteen years.

In January 1976, their wedding took place and within 6 months, they started facing some problems. Don then was in a live-in relationship with Pamela Des Barres. Likewise, he was dating Patti D’Arbanville from 1981 to 1988. In 1982, their son, Jessie Wayne Johnson came to this world. However, their relationship came to an end and he started dating Barbra Streisand till September 1988.

He then got back to Melanie and again tied the knot in June 1989. They gave birth to Dakota Johnson and they separated in 1996. Once, the actor did an engagement with Jodi Lyn O’Keefe. On 29th April 1999, Kelley Phleger became his wife with whom, he gave birth to Atherton Grace Johnson, Jasper Breckinridge Johnson, and Deacon Johnson. 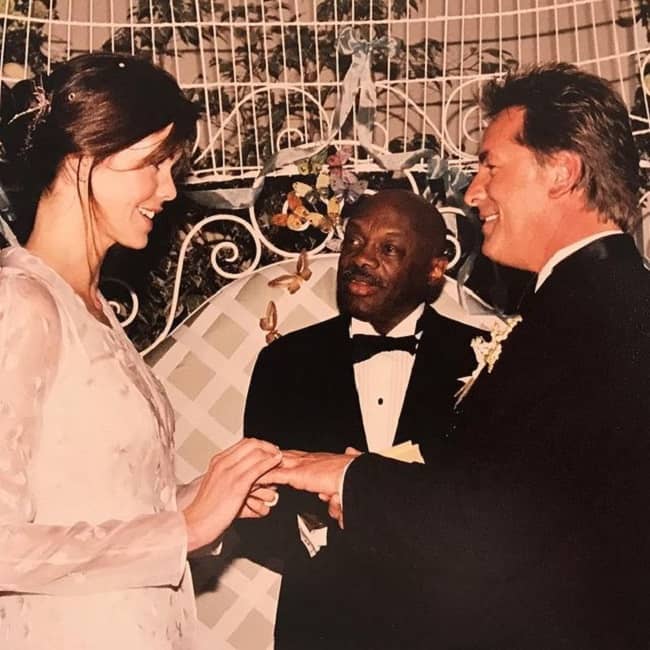 As for her body measurement, Don weighs around 86 kg or 190 lbs and he has a muscular body type. The American celebrity has a good posture with a good height of 5 feet 11 inches or 180 cm. However, there are no further details regarding Johnson’s body measurements, biceps size, etc. But it is for sure that he has a fair complexion with short white hair and dark brown hair. As a famous TV personality, he has to keep himself in shape which means he must have been following a well-maintained diet routine.