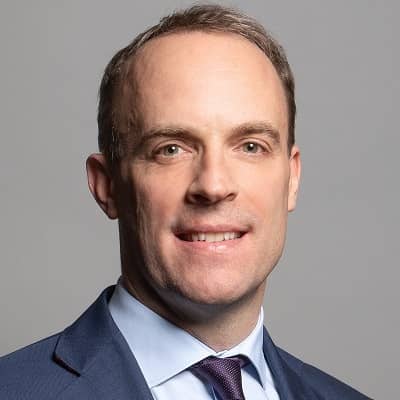 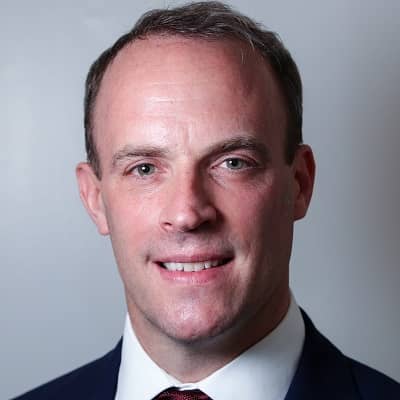 Dominic Raab is a British Conservative Party politician who worked as Secretary of State for Exiting the European Union from July 2018 to November 2018. Moreover, Dominic has also served as a Member of Parliament (MP) for Esher and Walton in 2010.

Dominic Raab was born in Gerrards Cross, Buckinghamshire, the United Kingdom on February 25, 1974. Dominic’s zodiac sign is Pisces and he is currently 48 years old. Moreover, Dominic’s real birth name is Dominic Rennie Raab. His father was a refugee from the Nazis and moved to Britain from Czechoslovakia in 1938 at the age of six. Moreover, his father Peter Raab was Jewish and worked as a food manager for Marks & Spencer.

Dominic’s mother Jean Raab was a clothes buyer. Additionally, Dominic follows his mother’s faith and attended the Church of England. Dominic grew up in Gerrards Cross, Buckinghamshire with his parents. However, Dominic’s father died due to cancer when Dominic was twelve years old. Dominic Raab studied and completed his schooling at Dr. Challoner’s Grammar School in Amersham.

Moreover, Dominic spent a short time as a volunteer on Kibbutz Sarid. After that, Dominic enrolled at Lady Margaret Hall, Oxford to study law. Dominic captained the university karate team and earned a Bachelor of Arts in Jurisprudence during this period. Dominic went on to Jesus College, Cambridge, where he earned a Master’s degree and won the Clive Parry Prize for International Law (LLM).

After graduating from Cambridge, Dominic worked at Linklaters in London and completed his two-year contract with the company. In 2000, Dominic qualified as a solicitor after leaving the company. During his two years at Linklaters, Dominic worked on project finance, international litigation, and competition law. Dominic joined the Foreign Office in 2000 and has worked on a variety of assignments, including managing a team at the British Embassy in The Hague dedicated to prosecuting war crimes.

Moreover, Dominic also advised on the Arab-Israeli conflict, the European Union, and Gibraltar after returning to London. in 2010, Dominic became a member of Parliament to represent Esher and Walton in Surrey after winning an election in 2010 election. Dominic campaigned for fair funding for local services in Elmbridge after being elected. 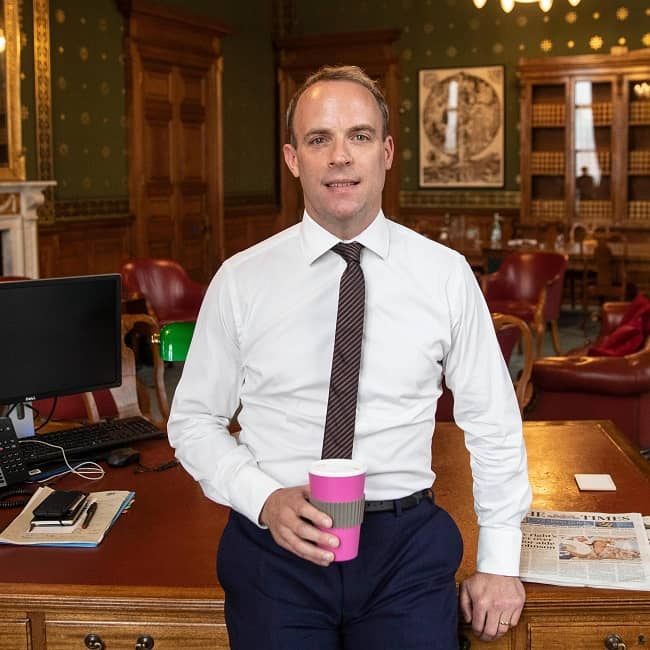 Caption: Dominic Raab at his office (Source: The Times)

Moreover, Dominic also favored more visible and responsive policing and was against the construction of an M25 service station at Downside. Furthermore, Dominic spoke in support of the coalition government’s plans to cut the budget deficit, expand academy schools, repeal the Identity Cards Act 2006, and enact a Freedom Bill in the House of Commons. Dominic served as a member of Parliament from 2010 to 2018.

Additionally, Dominic proposed an amendment to the Immigration Bill to deport all prisoners given a sentence of a year or more on January 30, 2014. However, Dominic lost the proposed amendment. Moreover, Dominic was appointed Parliamentary Under-Secretary of State at the Ministry of Justice under Michael Gove on May 12, 2015. Dominic also advocated that Britain should leave the European Union and was an active campaigner.

Talking about Dominic’s awards and nominations, he won Newcomer of the Year for 2011 at The Spectator magazine’s Parliamentary Awards. Moreover, LBC’s Iain Dale and a “panel of experts” placed Dominic fourth in a list of that year’s “Top 100 Most Influential Conservatives” in 2019.

Dominic Raab has garnered a huge amount of money as a politician in the United Kingdom. The estimated net worth of Dominic Raab is around $11 million US dollars. However, there is no further information about Dominic’s salary and other sources of income. 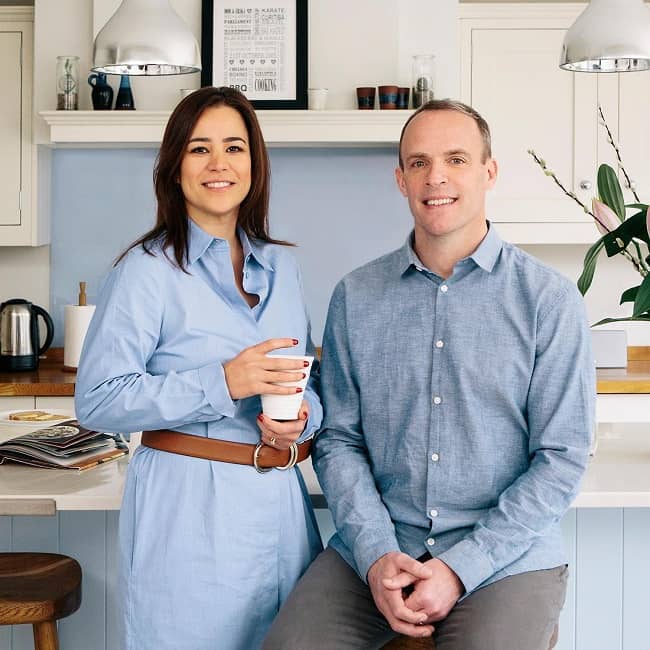 Talking about Dominic’s rumors and controversy, he’s not a part of them until now. Besides that, Dominic is focusing on his personal and professional life. Moreover, Dominic likes to keep a distance from the rumors and the controversy. 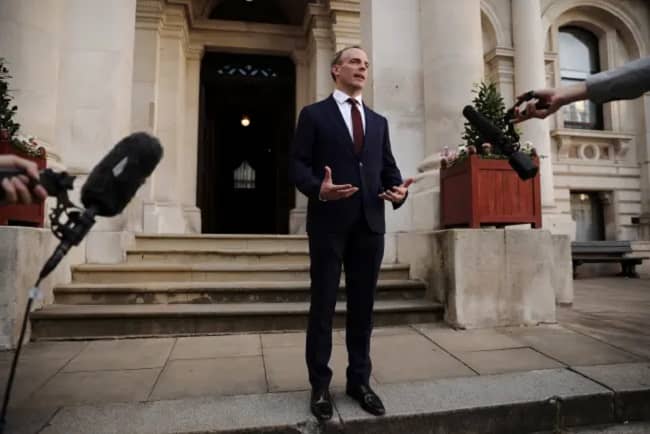