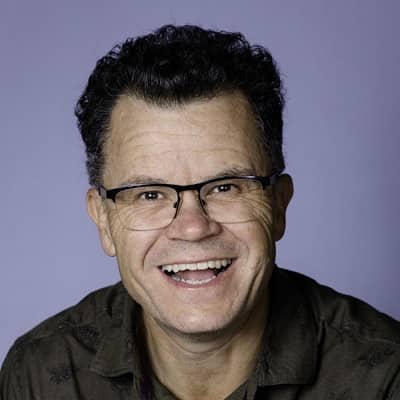 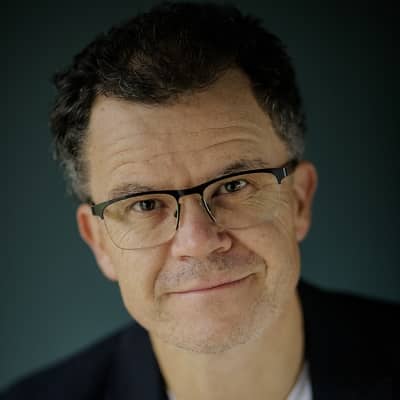 Dominic Holland is an award-winning stand-up comedian, author of seven books (and counting), and has numerous TV and radio appearances. Dominic Holland is best known nowadays for being the dad of Tom Holland the actor who is better known as Spider-Man.

Dominic Holland was born on May 6, 1967, in London, the United Kingdom age is 55 years old as of 2022 and Holland is a British citizen by nationality and follows the Catholic religion.

Similarly, his birth sign is Taurus currently, he is living in London. Holland’s father and mother’s name is John Charles Anthony Holland and Teresa Holland respectively. However, there is no information available regarding Holland’s siblings.

Talking about his educational background, Holland has done his schooling at The Cardinal Vaughan Memorial School. Later, Holland went on to study textile management at Leeds University. Holland participated in several recreational activities and enrolled in numerous training classes during his university years, which substantially helped his presentation abilities.

Regarding his career, Holland began performing stand-up comedy in 1991, at The Comedy Café on Rivington Street in London. Eddie Izzard handled him briefly in 1993. Holland’s one-man show earned the Perrier Best Newcomer award and received positive feedback during his first year at the Edinburgh Fringe.

Moreover, Holland made his television debut on Central Television After Hours with Harry Hill in 1993. He was a team captain for two series of Channel Five’s Bring Me the Head of Light Entertainment, with Graham Norton presenting in 1998.

Holland featured on Have I Got News For You, They Think It’s All Over, and The Royal Variety Performance twice in 1999 and 2000. Also, he has appeared on the afternoon debate show The Wright Stuff as a regular panelist. 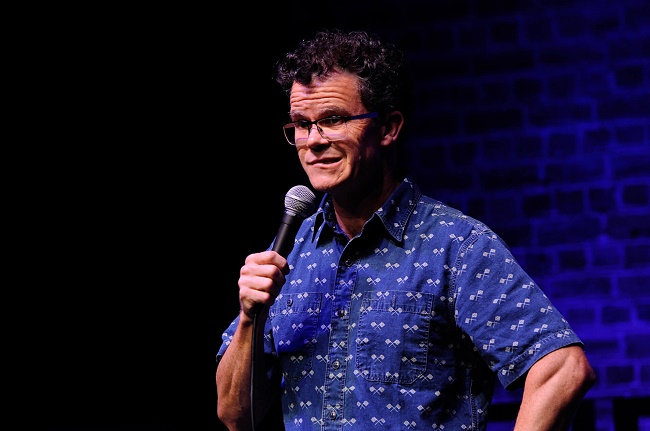 Caption: Dominic Holland giving a speech in a show. Source: The Sun

Additionally, Holland made his Channel 4 début in 1982 as a schoolboy in the film P’tang, Yang, Kipperbang. He starred as “Bob” in The Young Person’s Guide to Becoming a Rock Star in 1998. In Tube Tales in 1999, he played “Cello Player.” Moreover, Holland has written four scripts, three of which have been sold to producers but have yet to be produced.

Holland has written stuff for several artists, including Bob Monkhouse, Lenny Henry, Harry Enfield, Des O’Connor, Clive Anderson, and many more. Only in America and The Ripple Effect are two of Holland’s graphic novels. A Man’s Life, his third novel, was released in 2013. Holland wrote The Guardian’s Funny Money column for two years. Holland published How Tom Holland Eclipsed His Father in January 2013.

Holland has not endorsed any brand till now and also has not promoted anything and has not been seen in any collaborations with brands.

During his professional career, Holland has won a couple of awards. In 1993 he has won the Perrier Best Newcomer Award in Edinburgh. Also, his BBC Radio 4 series “The Small World of Dominic Holland” won a Comic Heritage Award. 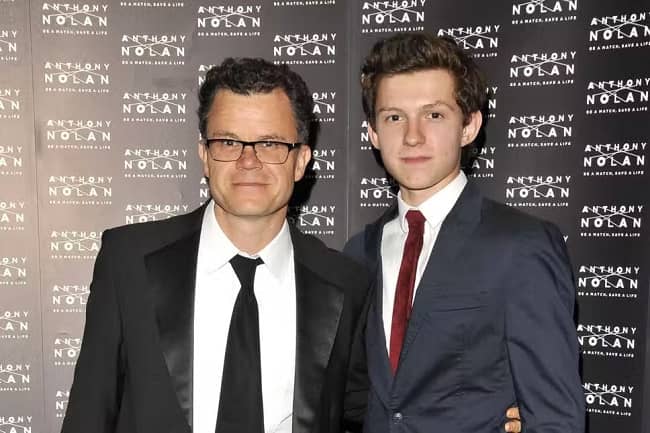 Holland is a British comedian who has worked on a variety of shows and has earned a considerable income via his work. Holland’s estimated net worth is around $3 million and his source of income is mainly his acting profession. On the other hand, his wife Nikki Holland holds a net worth of around $1 million. Also, his son Tom Holland has a net worth of around 25 million.

Dominic Holland married Niki Holland also known as Nicola Elizabeth Frost. Nicki is a well-known English photographer and is famous for being the celebrity wife of Holland. She is now well-known as the celebrity mother of famous English actor Tom Holland.

Her son Tom is well-known for playing Peter Parker in Spider-Man: Homecoming. However, their actual married date is not available. They have four sons Tom Holland, Harry Holland, Sam Holland, and Paddy Holland. Moreover, there is no information regarding Holland’s past affairs or girlfriends. 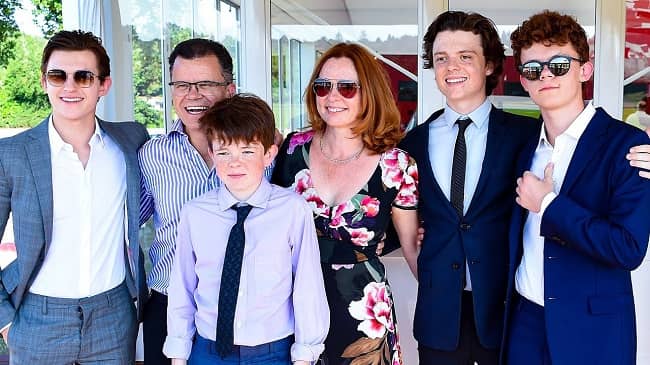 Holland hasn’t been associated with any sort of rumors or controversies. Also, Holland always avoids the media and engaging in situations that can damage his professional acting career.

Talking about Holland’s height he is 5 Feet 6 inches tall and weighs 70kg. Moreover, Holland’s eye color is brown and his hair color is black. Also, Holland’s shoe size is 9.5(US).