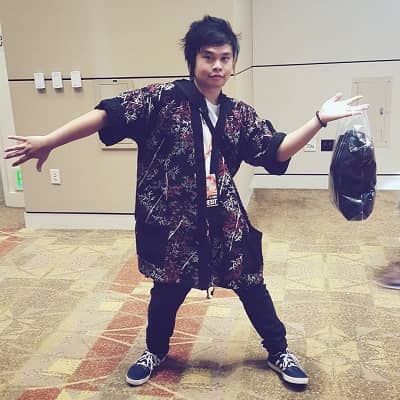 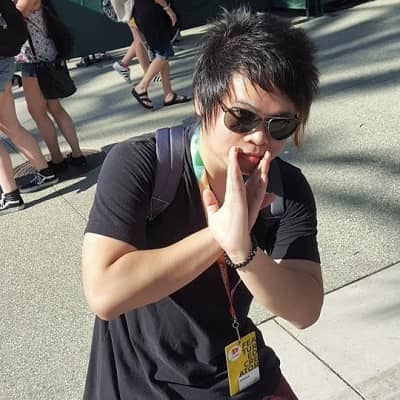 Domics is a Filipino-Canadian social media personality. Domics is popular for his flash animation videos he posts on his ‘Dominics’ account.

Domics was born on 27th September 1990 and is currently 30 years old. His birth name is Dominic Panganiban and her zodiac sign is Libra. Likewise, Domics was born in Manila, Philippines, and currently resides in Canada. Similarly, his nationality is Canadian and belongs to an Asian ethnic background. However, there is no information about the religion he follows. Talking about his childhood, Domics spent his entire childhood with his mother along with two sisters. He has one elder and one younger sister. However, there is no information about the names of his parents and siblings in the media.

Likewise, as his father was an accountant at a company in Saudi Arabia, Domics spent his childhood in Saudi Arabia with his father. Similarly, growing up he went to Canada along with his family. Furthermore, talking about his educational background, Domics went to International Philippine School In Al Khobar’. Followed by this, he has a degree in architecture which he graduated from Ryerson University.

Being an architecture student, Domics had a keen interest in sketching and comics. Likewise, since July 2010, he began sharing webcomic on Tumblr. Moreover, he chose to name himself as Domics which is an amalgamation of Dominic and Comics. Similarly, with his interest in animation and graduating from college, he decided to work more on his Interest. Likewise, Domics started watching contents from anime Youtubers including Egoraptor, OneyNG, Rooster Teeth Animated Adventures, and Swoozie to learn more about anime comics.

Moreover, his plethora of anecdotal animation is very much popular among his fans and viewers. Likewise, Domics has posted around 194 videos on his channel which has more than 1 billion views on it. Similarly, his most viewed video on the channel is ‘CRUSHES’. He posted this video on 26th September 2016 and has 29 million views on it. Additionally, his other popular videos include ‘BUTTS’, ‘BUYING USED THINGS’, and ‘ASIAN FOOD’. These videos have more than 16 million views on it.

Furthermore, Domics has also collaborated with several Youtubers. Likewise, he has been featured on the Youtube channel of famous Youtuber Jack Douglass. Similarly, his videos have been featured on multiple websites including in CBS News website, Malay Mail Online, and NewNowNext. Likewise, on the year 2018, Domics opened a Board game café called ‘Domics’ GG Gaming Café’ in Mississauga.

Domics is an animation sketcher and a Youtuber who has earned millions of fan followers on his channel. Likewise, she is a Youtuber by profession and has his primary source of income through his Youtube channel. Similarly, regarding his net worth, Domics has a net worth of $3 million.

Regarding his relationship status, Domics is in a relationship with cosplay artist Claire. They are deeply in love with each other and often share lovely moments together. 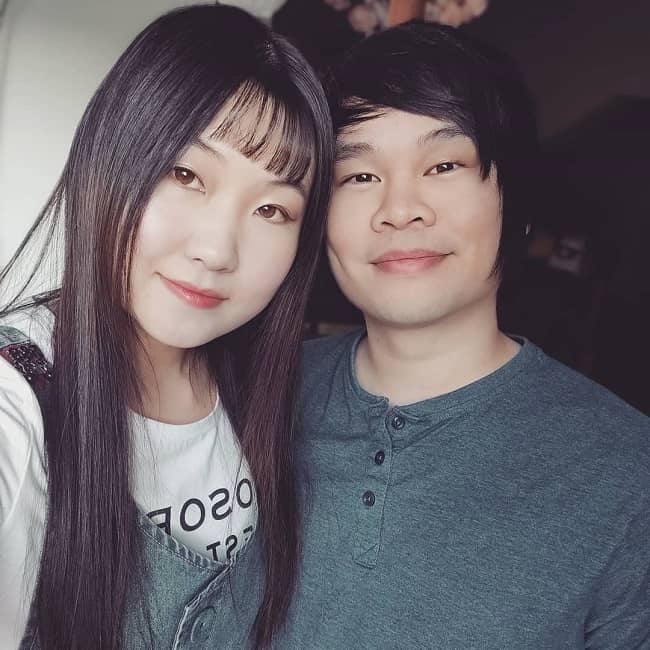 Domics has an average height and has a charming look. However, his body measurement is not available at the moment. Likewise, he has an Asian look with fair skin with black eyes color and dark brown hair color.