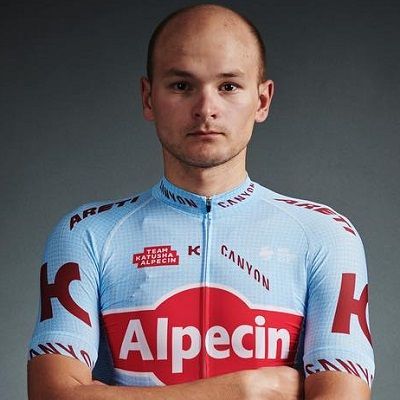 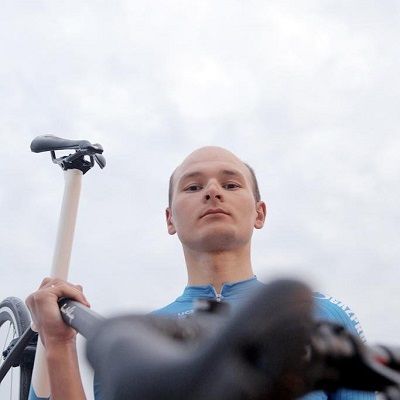 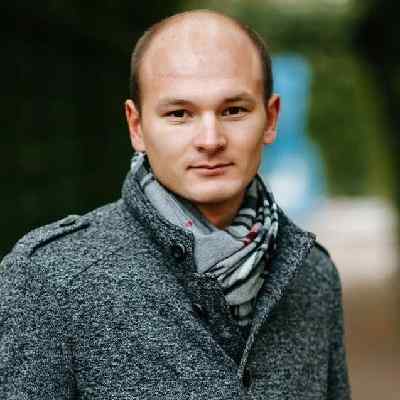 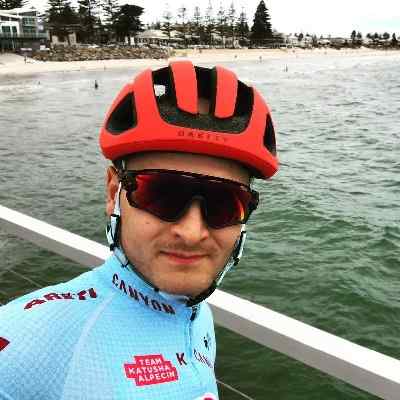 Dmitry Strakhov is a professional Russian Cyclist. Dmitry Strakhov currently rides for the Russian team Gazprom – RusVelo. Recently during the UAE Tour, the rider confirmed infection by the coronavirus, the virus responsible for the COVID-19 global pandemic.

Dmitry Strakhov, the Russian professional racing cyclist, confirmed the news via an Instagram post on March 10, 2020, Tuesday. Several weeks have passed since the Russian team stayed in quarantine at a hotel in Abu Dhabi due to the spread of COVID-19. And from the Gazprom-RusVelo team, three riders hospitalized for additional tests. One of them is Dmitry Strakhov, who wrote on Gazprom – RusVelo Cycling Team’s official Instagram account @rusvelocycling:

“After passing the fifth test at the hotel, they told me that I have a positive result for coronavirus and I need to go to the hospital. True, I did not see the results of the analyzes. The hospital conducted additional tests, took a blood test and promised to report the results in the near future. I’m waiting. I feel fine, I followed and continue to follow all safety measures, I hope that this situation will be resolved soon”

Dmitry said that he is in good health but in hospital and he is also the first rider to test positive for COVID-19 after the UAE Tour abruptly stopped. The authority held all the riders and staff on the race in the hotels while they ran tests.

Strakhov and the team were in the United Arab Emirates participating in the UAE Team when the global pandemic COVID-19 outbreak spread in the country. The authorities allowed approximately 500 people to leave the UAE after a few days of the coronavirus outbreak.

Additionally, the authority released the French cycling teams Cofidis and Groupama-FDJ on the weekend. Cofidis team president, Thierry Vittu said on Wednesday that he was told to stay in quarantine until March 14, after which the team was allowed to leave the country. However, the Russian cycling team Gazprom, and the UAE Team Emirates squads and staff from the UAE Tour stayed in quarantine at the W Abu Dhabi – Yas Island hotel. 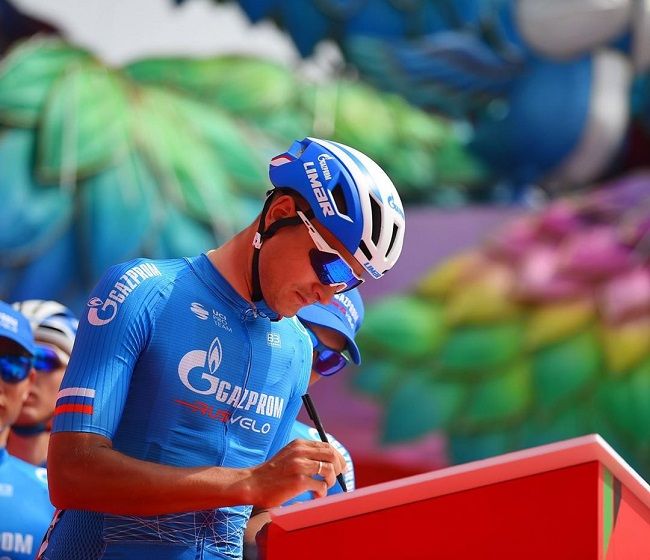 Are there any other positive cases?

Among the riders, the local authorities confirmed two positive cases of CoronaVirus initially in a team. However, the Ministry of Health in the United Arab Emirates said in a statement that there were six confirmed cases. Among those were two Russians, two Italians, one German, and one Colombian.

Additionally, La Gazzetta Dello Sport reported the same week that there were twelve cases linked to the UAE Tour and among them were four riders who tested positive for the virus. Of all the positive cases, some were taken to specialist medical units. Moreover, the Italian consulate said that all the Italians were well and not in a serious condition.

Although they didn’t publicize the names of riders who tested positive, one of them was suspected to be Fernando Gaviria, who has now been tested and confirmed positive. For the UAE Tour, only two Colombian riders were present. Among them was Hernando Bohórquez of Astana, who was allowed to leave the country after the COVID-19 outbreak.

Another rider from Russian team Gazprom, Igor Boev also confirmed to Russian news agency RIA Novosti that he is in hospital after the diagnosis. This confirmation was in early March! He also said that the hospital food was good for a normal person, but not good enough for the pro-riders.

What happened to the Tour?

Moreover, they canceled the last two stages of the UAE Tour on February 28. It was after the confirmation of two virus cases among team staff members. They declared the British rider, Adam Yates, the winner because he was leading after the first five stages of the Tour. Additionally, the UAE Team Emirates squad decided to self-isolate when the cases first emerged and there were unconfirmed reports that the first two cases of the virus were found to be UAE Team Emirates staff who had traveled to the race from northern Italy.

“Despite being given the green light to travel home and the last tests carried out coming back negative, our team has decided to extend their stay in the UAE to continue testing everyone’s conditions and go home only with the safety of non-contagion.”

Furthermore, riders and staff have since posted messages on social media in recent days as they wait for the end of their quarantine. Tadej Pogačar, the Slovenian rider, wrote on his personal website, saying:

“Today, March 9, 2020, is the 11th day that I remain locked in ‘my’ hotel room. It’s not really mine alone, as I share it with teammate Erik Bystrøm. We got training machines at our room, so we try to train at least a little. Of course, there is a TV, internet, Netflix and Playstation, so we can at least do something and pass the time. I only hope that things will go as planned and I will be able to go home at the end of next week.”

Also, Jeroen Swart, the head of medical at the UAE Team Emirates, posted a photo of himself wearing a protective mask at the W Abu Dhabi – Yas Island on Tuesday and photos of other team staff. Their quarantine ended on March 14. The UAE Team Emirates is among a number of other major teams who have decided to withdraw from all racing until late March. Other games that have canceled their tournaments until further notice are soccer and NBA among many.

Dmitry Strakhov’s full name is Dmitry Vladimirovich Strakhov and his name in Russian is Дмитрий Владимирович Страхов. He was born on 17 May 1995 and he is currently 24 years old. Dmitry’s birthplace is Vyborg, Russia and his zodiac is Taurus.

There is no information regarding the Russian rider’s family background as well as educational background. He is Russian by nationality but his ethnic background is not available.

Dmitry is a Russian professional racing cyclist. He is currently a team member of UCI ProTeam Gazprom–RusVelo. He rode in the men’s point race event at the 2017 UCI Track Cycling World Championships. Similarly, Giro d’Italia named him on the start list for its team in 2019. They announced it in May 2019.

Moreover, on 11 March 2020, there was a public report that Strakhov tested positive for SARS-CoV-2, the virus that is causing coronavirus disease since 2019. He was hospitalized in an Abu Dhabi hospital, after being placed in quarantine following the 2020 UAE Tour. 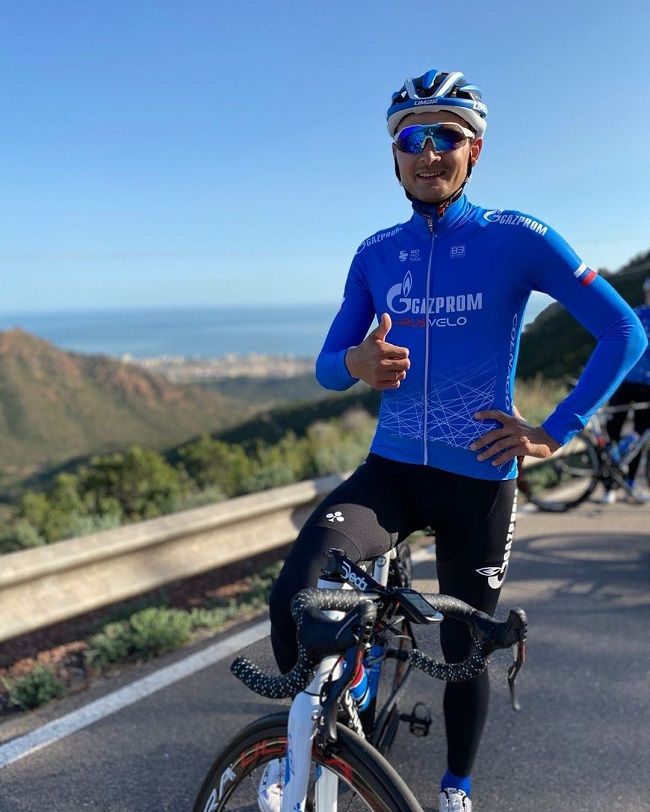 Talking about the pro rider’s achievements in the racing, here is a year-wise list:

Moving on, there is no exact information regarding his net worth and earnings. Nevertheless, professional riding, Tours, and races influence heavily on his earnings. His net worth estimation as per online sources is around $1 million to $5 million. Currently, he has not signed brand endorsement deals with any brands. However, it is sure that he will surely be endorsing some of the top brands from around the world real soon in the future. 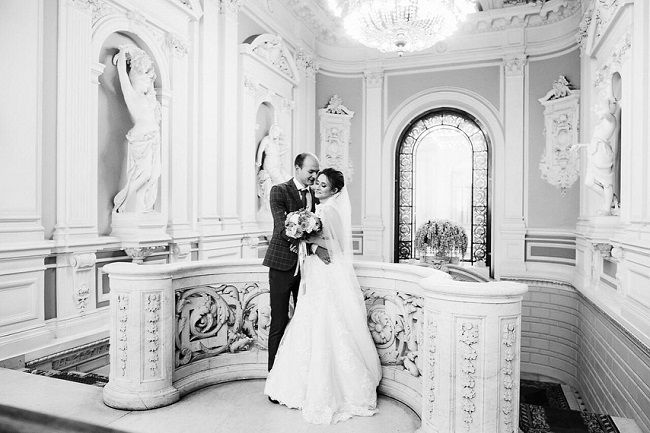 Dmitry is a married guy. He has shared his wedding photos on his Instagram handle on 1st June 2018. One of those photos was with his bride and another is Dmitry dancing with kids. However, Dmitry hasn’t publicly revealed the name of his wife as well as other details regarding his personal life. He is more focusing on his career as a professional cyclist. Nevertheless, he does share photos with his wife frequently.

Being an athlete/professional rider, Dmitry has a fit body that stands tall at a height of 1.85 m i.e. 6 ft 1 in. Also, his weight is 70 kg i.e. 154 lb. However, there is no information regarding his other body measurement details like chest-waist-hip, dress size, shoe size, etc. Dmitry has brown hair and dark brown eyes. 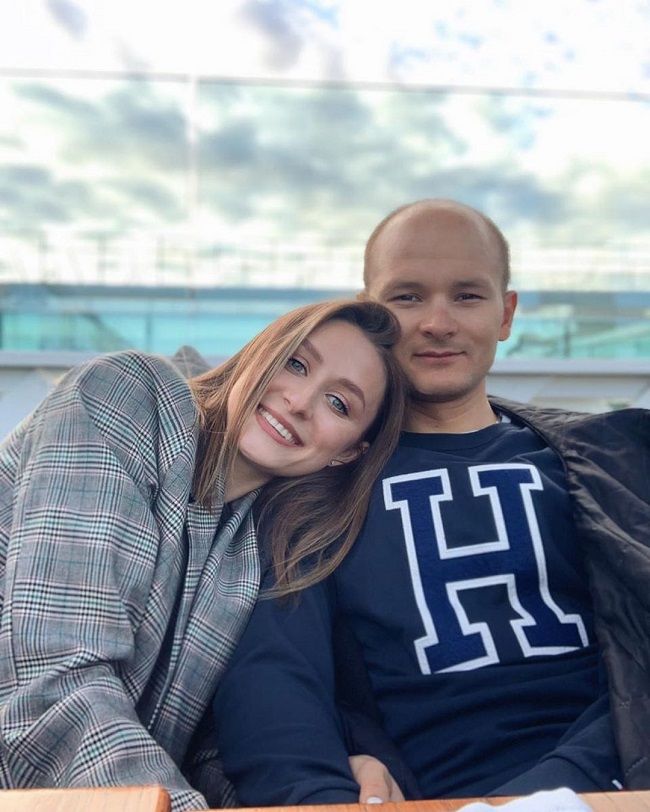 Caption: Dmitriy Strakhov posing for a photo with his wife on 5 July 2019. Source: Instagram

Talking about his social media presence, Dmitry is available on Instagram with handle @dm.strakhov, which has 752 followers and 89 posts. His latest post was on 27 February 2020.