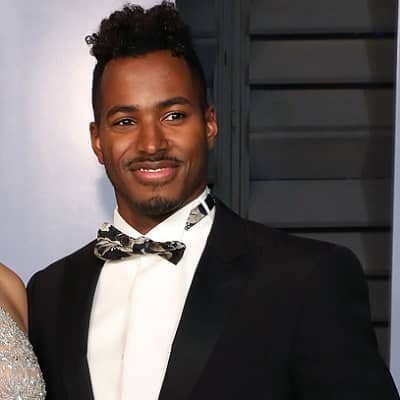 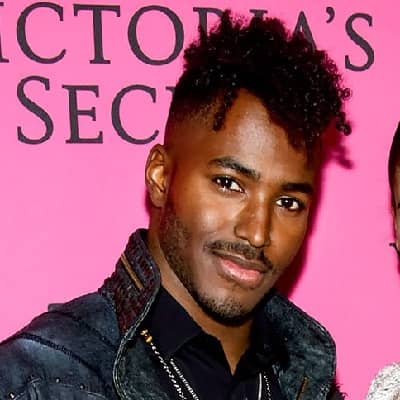 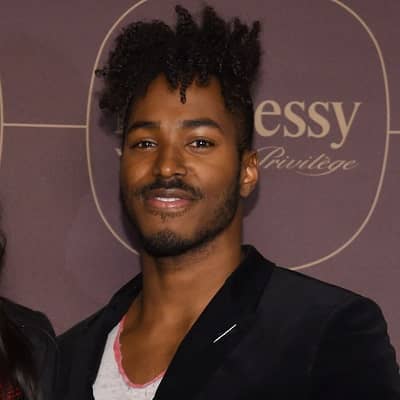 DJ Ruckus is a prominent American DJ and music producer. DJ Ruckus is also famous as the celebrity cousin of actress Zoë Kravitz as well as a family member of musician-actor Lenny Kravitz.

DJ Ruckus was born on October 10, 1983, and he is currently 38 years old. Ruckus hails from New York City and his zodiac sign is Libra. Likewise, his full name is Gregory Andrews.

Talking about his family, DJ Ruckus has two elder siblings namely sister @jewelazania and brother @digitaljov (DigitalJov). Likewise, his mother’s name is Denzela B. Andrews and she celebrated her 71st birthday in April 2021.

Ruckus has yet to share insights into his educational journey. Although there is little information regarding Ruckus’s family, it is a known fact that his cousin is actress Zoe Kravitz. 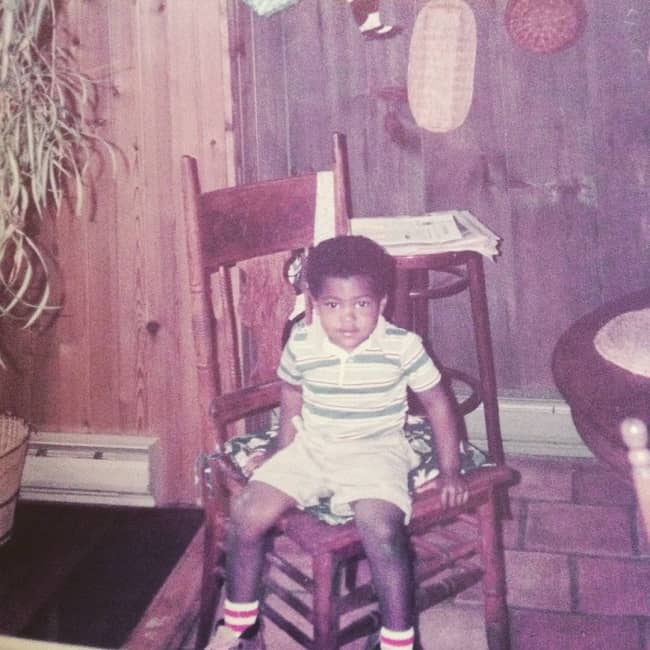 DJ Ruckus is single at present. The young DJ was married to Shanina Shaik from April 2018 to June 2019. Ruckus and Shanina separated in June 2019 and his wife later filed for divorce a month later.

This was only after one year of marriage.

The ex-lovers met each other for the first time in 2015 at a Coachella music festival. Sometime after their initial encounter, Ruckus and Shanina met again through mutual friends.

The supermodel and the DJ dated in secrecy for the entire early 2015. In July the same year, the lovers confirmed their relationship publicly. Then in October that year, Rukus proposed to his lover on the Bahamian beach.

Not too long after this, the DJ met with the supermodel’s parents. The two then tied the knot in April 2018 in the Bahamian beach, where the DJ proposed to his lover. 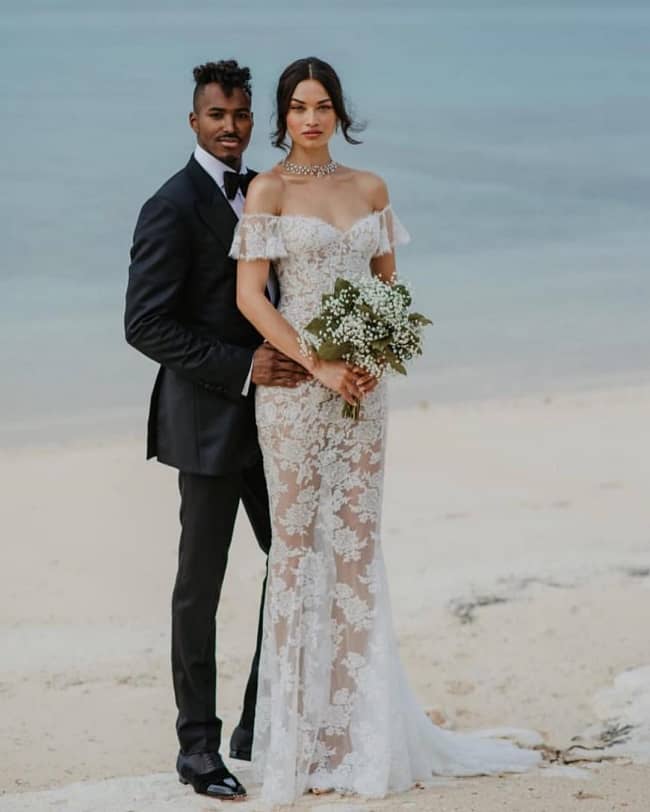 Caption: DJ Ruckus posing for a photo with his wife Shanina Shaik for their wedding photoshoot in April 2018. Source: Instagram

Professionally, DJ Ruckus is a deejay. Ruckus was a resident performer at the Hakkasan nightclub located in Las Vegas. The remarkable DJ has also played at events held by designers like Louis Vuitton and Alexander Wang among others.

Ruckus has likewise been called “the most sought-after DJ in the world” by GQ Magazine.

Talking about the beginning of his career in the world of music, DJ Ruckus received his 1st set of turntables as one of his 14th birthday gifts from his parents. After only 2 years, i.e. at the age of 16 years, DJ Ruckus was spinning at clubs across Miami.

Moreover, DJ Ruckus once deejayed a bar mitzvah for one of the sons of director Steven Spielberg. Steven is a notable film director of the films like E.T., Jaws, and Jurassic Park among others.

Sean Combs is a famous rap mogul and business magnate. Sean Combs then helped DJ Ruckus get a career boost. Soon enough, the young rapper made it into the top lists of DJs around the world. 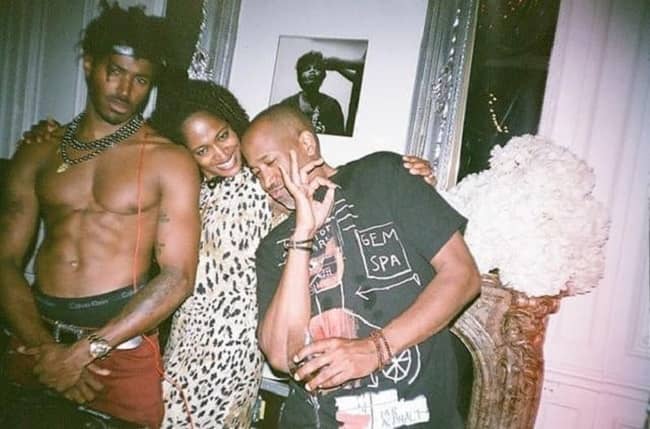 Caption: DJ Ruckus posing for a photo with his siblings. Source: Instagram

At the age of 15 years, DJ Ruckus became resident DJ at Crobar in Miami Beach. The young DJ’s exciting mix of hip-hop and urban hits soon brought him opportunities to fly to the coasts for gigs at New York’s Lotus and Los Angeles’ Shelter.

Then in the year 2004, Janet Jackson’s song from the album Damita Jo, “Sexhibition” introduced DJ Ruckus as a producer.

The young DJ remixed and co-produced tracks by popular personalities including Ice Cube, Macy Gray, OutKast, and TLC during the day.

DJ Ruckus spent his nights DJing parties held by celebrities like Diddy, Christina Aguilera, Adrien Brody, and Steven Tyler. The DJ also appeared in the film ATL in the year 2006. With this project, DJ Ruckus added acting to his résumé.

Furthermore, DJ Ruckus is also popular as the celebrity cousin of Zoë Kravitz. Zoë is a remarkable actress, model, and singer. She is also famous as the celebrity daughter of Lenny Kravitz and Lisa Bonet.

Lenny is a musician and actor and Lisa is also an actress. Talking more about DJ Ruckus’s cousin Zoë, she made her acting debut with No Reservations in 2007.

The actress’s breakthrough was as the character, Angel Salvadore, of X-Men: First Class in 2011. 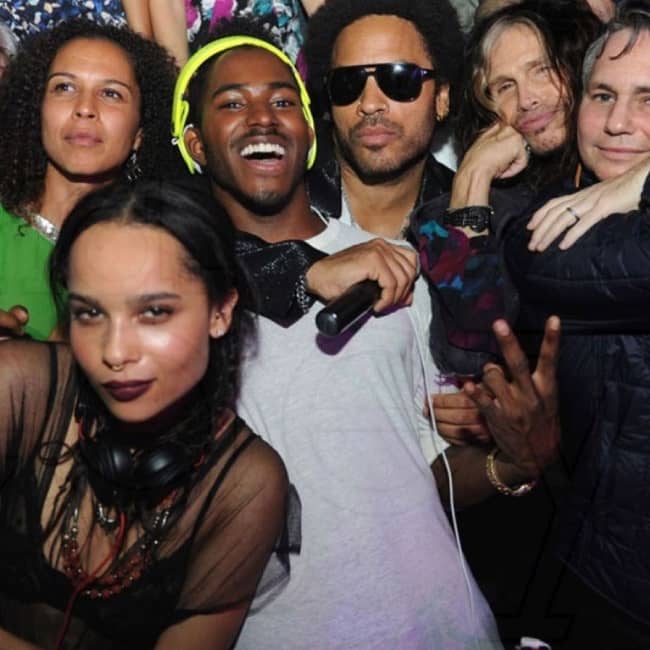 DJ Ruckus stands tall at an approximate height of 173 cm or 5 feet 8 inches and his weight is around 65 kgs. Likewise, the DJ’s chest-waist-hip measures are around 38-30-35 inches respectively.

The DJ has dark brown eyes and hair of the same color.

Talking about his social media presence, DJ Ruckus joined Twitter in March 2009 and so far has over 13.6K followers on his @causeruckus account.

Likewise, his Instagram account @djruckusofficial has more than 68.5k followers as of June 2021. The famous DJ also has over 13K people following his journey on Facebook.

Similarly, DJ Ruckus has created his “djruckusofficial” Youtube channel on July 31, 2008. So far, this channel has over 163k views.

Moving on, DJ Ruckus has a net worth estimation of around $4 million US dollars.