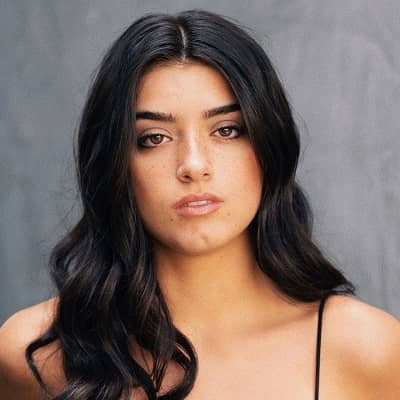 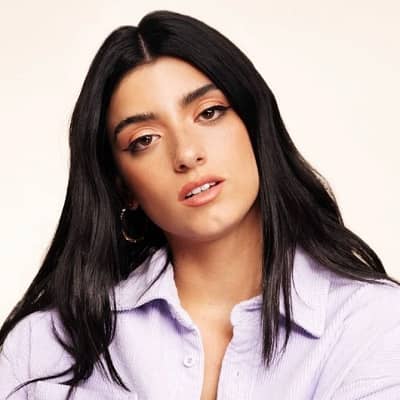 Dixie D’Amelio is a popular American TikTok content creator who has amassed over 33 million fans to her @dixiedamelio TikTok account. Dixie D’Amelio posts dance videos often alongside other TikTok creators like Bryce Hall, Daisy Keech, and her sister Charli D’Amelio. Until May 2020, she was a member of the collaborative TikTok group The Hype House.

Dixie D’Amelio was born on 12th August 2001, in Norwalk, the United States. As of 2021, she celebrated her 20th birthday. Her mother’s name is Heidi D’Amelio, and her father’s name is Marc D’Amelio. Both of them are social media personalities and also post TikTok videos on their respective accounts. Her father is also a politician. 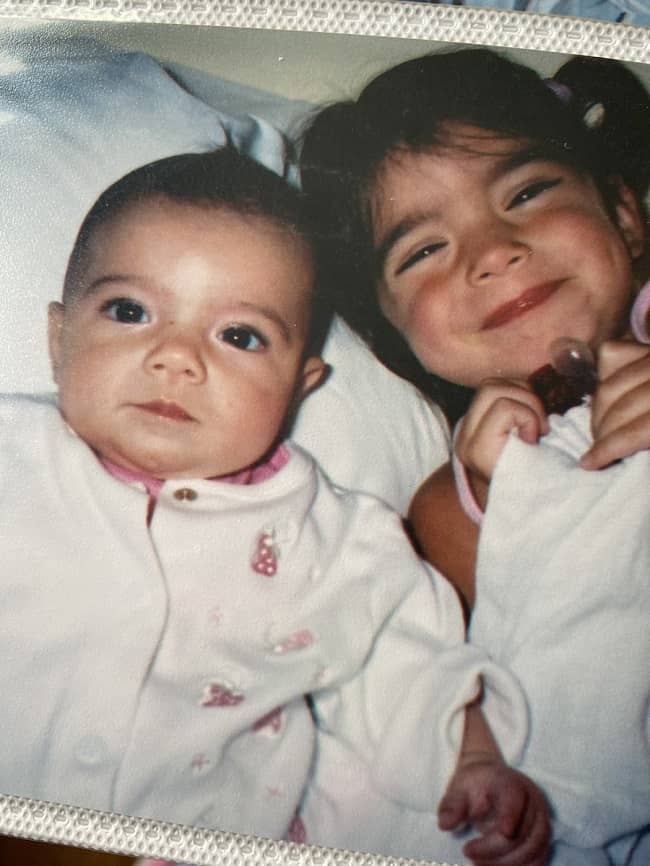 She has a younger sister named Charlie D’Amelio who is also a fellow TikTok star. Her sister Charlie is one of the most popular TikTok stars with more than 77 million fan followers.  And she became one of the fastest-rising TikTok celebrities in the platform’s history in 2019.

Likewise, she belongs to the Christian religion and her birth sign is Leo whereas her nationality is American. Moving toward her educational background, she attended King School in Stamford, Connecticut, where she was on the varsity field hockey team. Similarly, she also ran track and played lacrosse in high school.

Dixie D’Amelio is a popular American TikTok personality. Her social media career started after her sister, Charli D’Amelio, gained popularity on TikTok. She also began posting on TikTok, which she has amassed over 33.4 million followers. Moreover, she is also highly popular on other social media platforms. And she has over 15.8 million Instagram followers and over 2.6 million Twitter followers.

Similarly, she is the 11th most-followed individual on TikTok. In her TikTok account, she has posted dance videos alongside other TikTok creators like Daisy Keech, Bryce Hall, and her own sister Charli D’Amelio. In late 2019, she became one of the members of the collaborative TikTok group The Hype House. But she left the group in June 2020.

She has also appeared at a Christmas-themed MistleTok Meet-Up alongside her sister and other TikTok creators such as Nikko Zingus and Luca Lombardo in December 2019 in Greenwich, Connecticut. They often appeared on each others’ Tiktoks and Instagram profiles. Overall, she is a very talented TikTok Star.

In January 2020, she signed a contract with United Talent Agency. In May 2020, she alongside her sister announced a new podcast deal with Ramble Podcast Network. The podcast will offer a behind-the-scenes look at their lives and specific topics on their minds.

Apart from that, her acting career includes appearing on the Brat TV series Attaway General. On June 26, 2020, she released her first single, “Be Happy.” As of Sunday, June 28, her first song accumulated more than 1.4 million streams on Spotify. Likewise, as of August 2020, Dixie D’Amelio – Be Happy (Official Video) on YouTube garnered more than 64 million views.

Further, she signed a record deal with L.A. Reid’s label HitCo Entertainment on August 7, 2020. She is also active on her self-titled YouTube channel where she has garnered around 4.56 million subscribers. 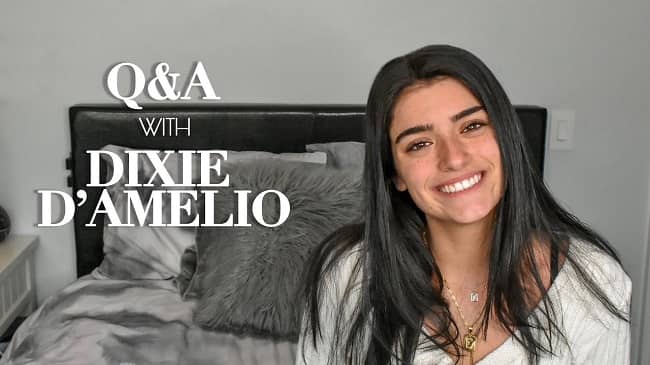 The 19-years-old Young TikTok star has earned a decent sum of money through her social media fame. Therefore, her estimated net worth is around $1 million. However, her exact salary is still to get revealed yet.

Additionally, she also makes money through YouTube, and other promotions and brand endorsements. Overall, Dixie is making a good amount of money from her work. Actually, her source of earning is from her TikTok.

Reflecting on Dixie D’Amelio is probably single. Recently, she uploaded a YouTube video titled “My Last Date with Griffin | Dixie D’Amelio,” which confirmed her break up with him. However, the duo dated for a short period of time. 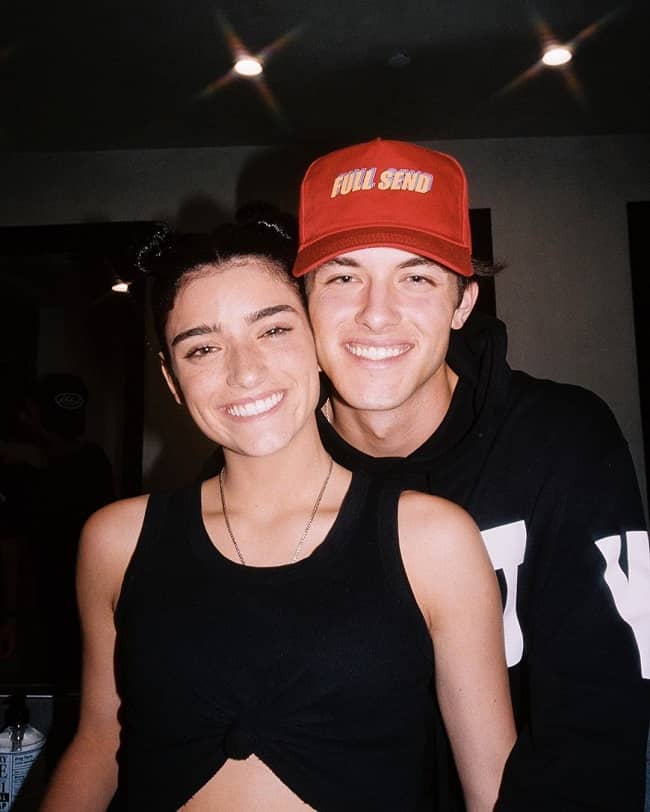 Talking about her previous linkup, she has dated a guy named Matt Garavel. The duo dated each other since May 2018. She even wished her boyfriend on their five-month anniversary on October 29, 2018. She captioned it “happy five lol!!! I love you best friend thank you for being you!”.

On July 20, 2019, she wished Matt a happy birthday sharing a carousel of cute photos on her Instagram. She also went to prom with him and they also celebrated Easter together this year.

Dixie D’Amelio stands a height of 5 feet 6 inches tall matching with her body weight. She has long black hair color with brown color eyes. She has a slim body type. Moreover, her other body measurements are not available.

Similarly, she has over 4.56M subscribers on her YouTube channel. Additionally, she also has provided her email id [email protected] for any kind of business inquiries.