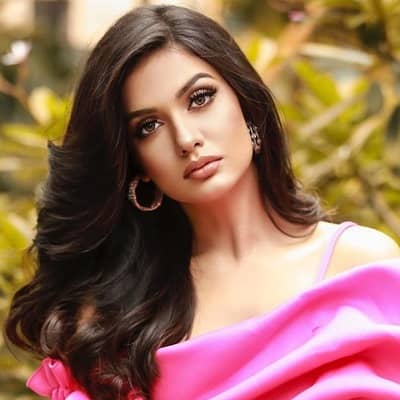 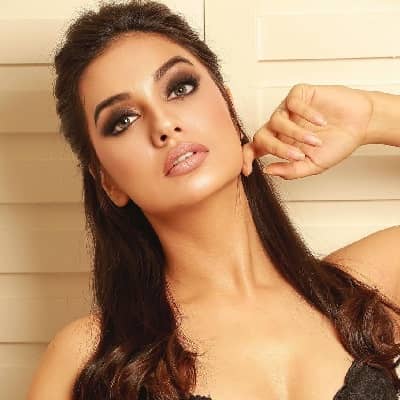 Divya Agarwal is an actress, model, and also dance choreographer who hails from India. Divya Agarwal rose to fame after winning the “MTV Ace of Space” season 1 and appearing in “MTV Splitsvilla” season 10.

Divya Agarwal’s birthdate is 4th December 1992 and her birthplace is Navi Mumbai, India. As of 2022, the age of Divya Agarwal is twenty-eight years old and her sun sign is Sagittarius. Similarly, Divya Agarwal is an Indian native and has been following the Hindu religion. Also, Ms. It Agarwal is of Asian ethnicity and is from a Punjabi family. The name of her parents is her father, Sanjay Agarwal, and her mother, Rosy Agarwal. Divya’s father was a businessman whereas her mother was a homemaker.

Unfortunately, her father passed away on 28th October 2020 because of difficulties from COVID-19. Divya also has a brother and his name is Prince Agarwal with whom she has a great bond. As for Divya Agarwal’s educational background, she first went to St. Xavier’s High School, located in Navi Mumbai. For her further studies, Divya Agarwal went to Sanpada College of Commerce & Technology. From there, she completed her graduation and post-graduation and got her master’s degree in the field of journalism. 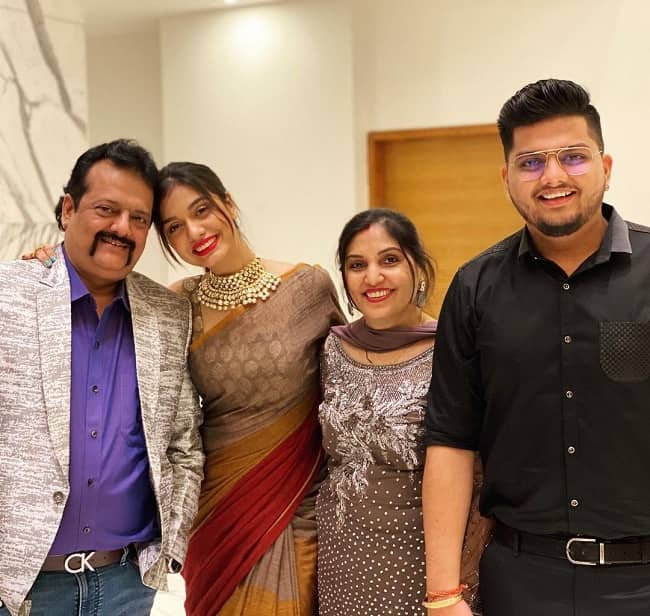 Divya Agarwal was very interested in dancing so, she went on to learn dance at Terence Lewis Dance Academy. Then, Divya found her own dance academy named “Elevate Dance Institute”. In fact, Divya has also choreographed for numerous actresses such as Ileana D’Cruz, Sunny Leone, and Shilpa Shetty. Divya with a Pakistani choreographer also choreographed for the IPL 2010 in the year 2010. The actress has also taken part in numerous beauty pageants and was the winner of the title, “Miss Navi Mumbai” in 2015.

In the year 2016, Divya went on to win the Indian Princess pageant and Miss Tourism International. She then took part in MTV India’s reality show, “Splitsvilla Season 10” in 2017 where she went on to be the runner-up with Priyank Sharma. Next Divya acted as a tutor in MTV India’s “Date To Remember the show” in 2018. In March 2018, Divya and Baseer Ali became co-hosts of an episode of “On Road With Roadies”. She also took part in MTV India’s “Ace Of Space 1” in October and happily became the winner of the show.

In January 2019, she got her debut international project after taking part in “Travel With A Goat”. There, Divya and the TV celebrity chef, Dean Edwards went to travel over Bulgaria together with a sheep and must make a decision whether to have it defeated or protect its life. In February 2019, Agarwal made a cameo presence in Alt Balaji’s drama, “Puncch Beat”. Moreover, in March, she and Varun Sood took part as Roadies Insiders in the reality show, “Roadies: Real Heroes” that was premiered on Voot. Then, she again went on to be the host of Voot’s “Voot Night Live” together with RJ Anmol.

In December, Divya was present with Varun Sood to act as Ragini or Savitri Devi in the second season of Alt Balaji’s horror series, “Ragini MMS: Returns”. The couple went on to be hosts of the Ace of Space spinoff show, “MTV Ace the Quarantine” in 2020. Additionally, Divya’s name was listed on the 6th position on the Top 20 Most Desirable Women On Indian Television List 2019 by Times of India. Furthermore, Divya has appeared on several music videos such as Siddharth Bhatt’s “Bewafa”, Bobby Newberry’s “Chance”, Suyyash Rai’s “Fitrat” and many more.

Likewise, Divya and Varun co-hosted the Ace of Space spinoff, MTV Ace, the Quarantine in 2020. Furthermore, in 2021, she participated in Voot’s Bigg Boss OTT. 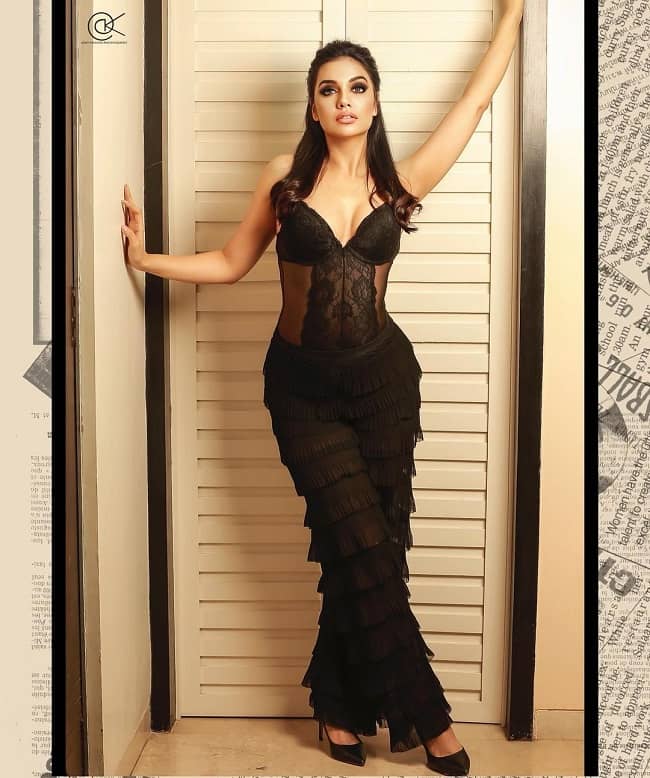 Coming to the relationship status, Agarwal was previously in a romantic relationship with her co-contestant Priyank Sharma. They got to meet each other while participating in the Indian reality show, “MTV Splitsvilla X”. However, the couple broke up with each other after Sharma took part in another reality show, “Bigg Boss 11”. In the year 2018, the actress got to meet the other actor and the former contestant of “MTV Roadies”, Varun Sood. Divya and Varun were working together while they were participating in “Roadies: Real Heroes” and “MTV Ace of Space” as well.

As of now, it is all sure that Divya Agarwal and Varun Sood are in a romantic live-in relationship. They themselves have confirmed their relationship with the public and it seems like everyone loves their relationships as well. The present couple often shares their lovely, funny, and adorable images on their social media accounts. Other than this, there is no any rumors and controversial matter to this day. But, Divya Agarwal is loved by almost everyone and she has been showing her talented and beautiful side. 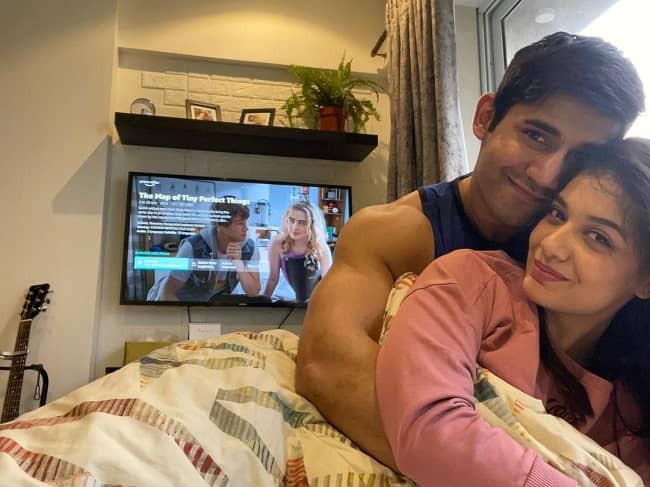 Regarding the body measurement of Divya Agarwal, he has a good height of 5 feet 6 inches or else 168 cm or 1.68 m. Divya Agarwal also has a suitable bodyweight of around 55 kg or 121 lbs. Similarly, the Indian actress’s breast size is 34 inches and her waist size is 27 inches. The size of Divya’s hips is 34 inches and she wears a shoe size of 8 (UK). Moreover, Divya Agarwal has a brown complexion with a pair of black eyes and black long hair. Divya also has a slim, glowing, and very healthy body type. Since Divya Agarwal is a model and actress, she tries her best to keep herself fit, healthy, active, and more beautiful every day.