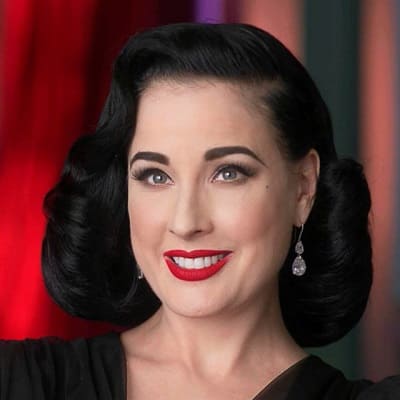 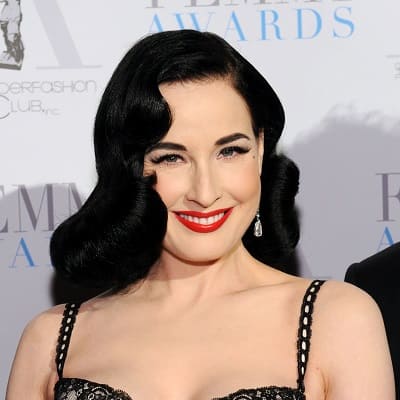 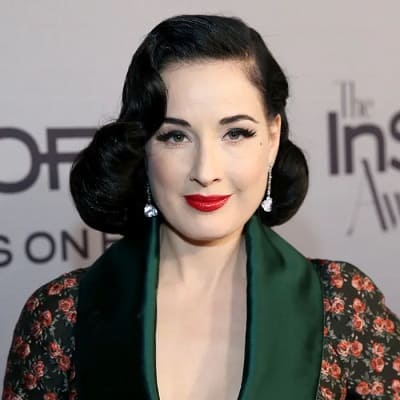 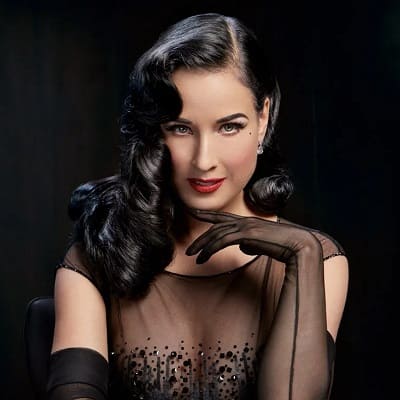 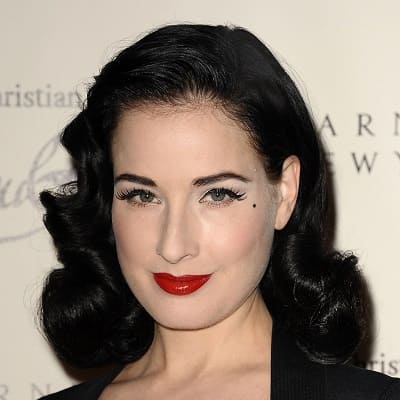 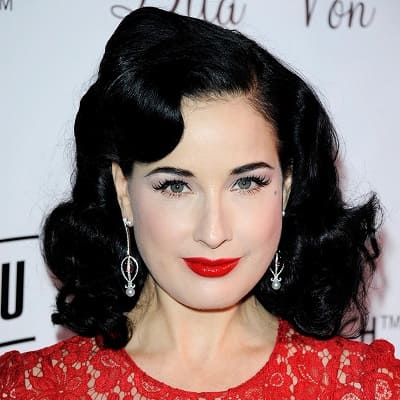 Dita Von Teese was born on 28 September 1972 and she is currently 49 years old. She is originally from Rochester, Michigan, and her zodiac sign is Libra. Likewise, her full name is Heather Renée Sweet. Talking about her family, her mother is Bonnie Lindsey and her father is Ken Sweet. Likewise, she has two siblings namely Sarah Brown and Jennifer. Similarly, Teese’s father was a machinist whereas her mother was a manicurist.

Furthermore, regarding her ethnic background, Teese has ancestry in English, Scottish, Armenian, and German. One of Teese’s grandmothers was half-Armenian. This grandmother was later adopted into an Anglo-Saxon American family. Moreover, Teese went on to attend University High School after her family relocated because her father’s job moved. 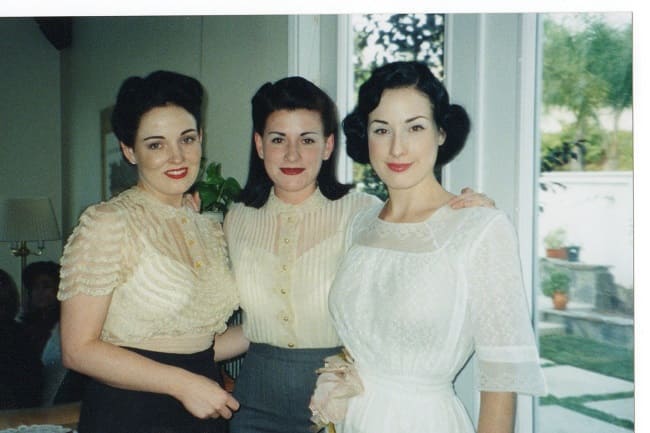 Professionally, Dita Von Teese is a model, burlesque dancer, businesswoman, and vedette. Many people recognize this personality for re-popularizing burlesque performance and hence she earned the moniker “Queen of Burlesque”.

Talking about her earlier days, Teese trained as a ballet dancer from a very young age. As such, this personality danced solo at the age of 13 years for a local ballet company. When she was only 15 years old, Teese worked in a lingerie store as a salesgirl, eventually as a buyer. When she was in college, this personality studied historic costuming. She also aspired to work as a stylist for films. Furthermore, this personality is a trained costume designer who often designs and copyrights her photoshoots herself.

Talking more about this personality’s career, we can see Von Teese in RuPaul’s Drag Race, CSI: Crime Scene Investigation, The Curious Creations of Christine McConnell, and The Masked Dancer among other TV productions. Likewise, this personality is also famous for her short marriage to singer Marilyn Manson and her performances in the singer’s music videos. 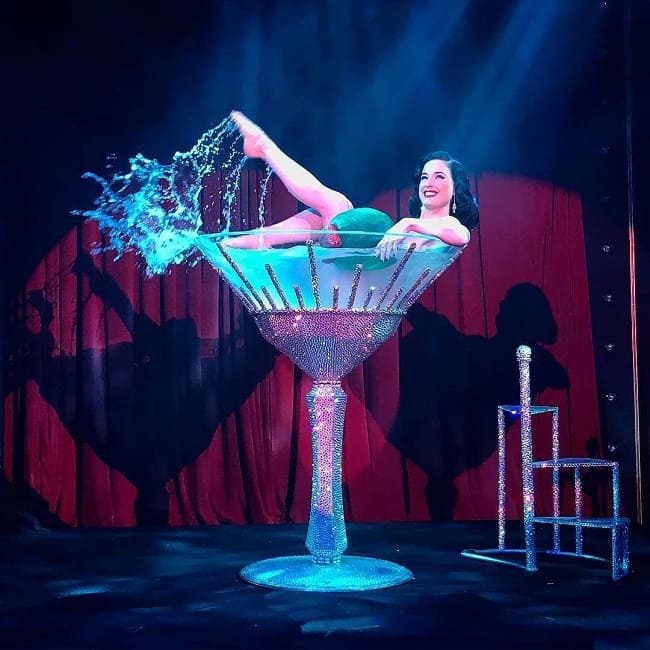 This personality has released two books on burlesque history, beauty, and fetishism. Likewise, this personality has also recorded songs with French musician Sébastien Tellier and toured the world with her burlesque shows. Dirty Martini, Jett Adore, Perle Noire, Playboy model – Gia Genevieve – and Ginger Valentine are some of the special guests on Von Teese’s tours.

Likewise, from 2007 to 2013, Von Teese was a global ambassador of Cointreau. This personality was the face of “Perrier” in 2010–2011. Moreover, this model is also the creator of four perfumes under the brand “Dita Von Teese Perfumes”. A huge fan of lingerie, this personality has her own brand of lingerie and stockings under the name “Secrets in Lace”. Von Teese has also created her own brand of luxurious cardigans for the Australian online store Wheels & Dollbaby.

Dita Von Teese is in a romantic relationship with Adam Rajcevich. Her lover is a graphic designer and the duo has been together since 2014. Prior to this, Von Teese dated singer Theo Hutchcraft in 2012. Before this, she was in a relationship with French Count Louis-Marie de Castelbajac from 2009 to 2012. From 2005 to 2007, Von Teese was married to singer Marilyn Manson. 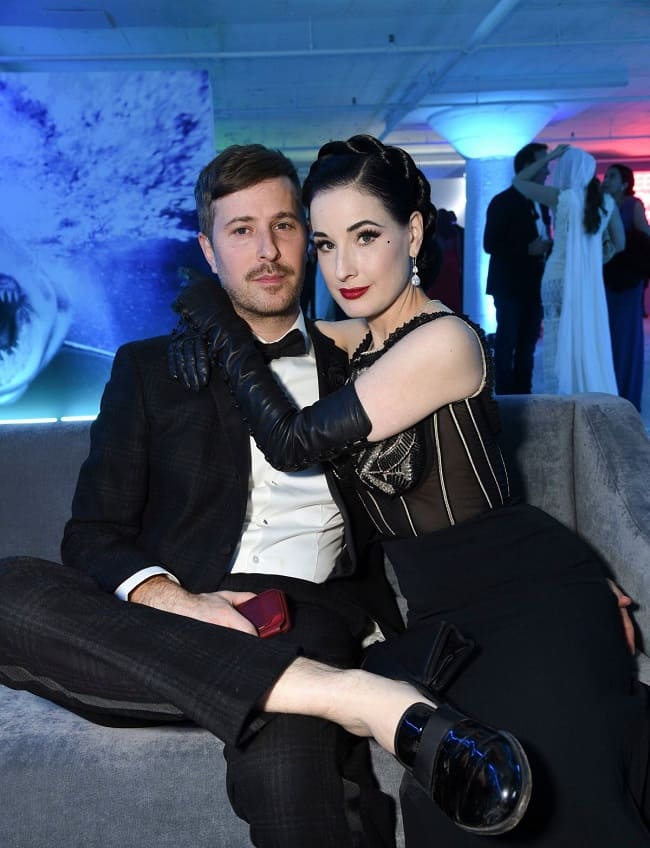 Dita Von Teese stands tall at an approximate height of 5 feet 4 inches and her height is around 166 cm or 56 kgs. Likewise, this model has a chest-waist-hip measurement of 37-22-35 inches respectively. Von Teese has hazel eyes and naturally blonde hair that she usually dyes dark brown/black. At the young age of 18 years, this personality had her famous beauty mark tattooed on her left cheek.