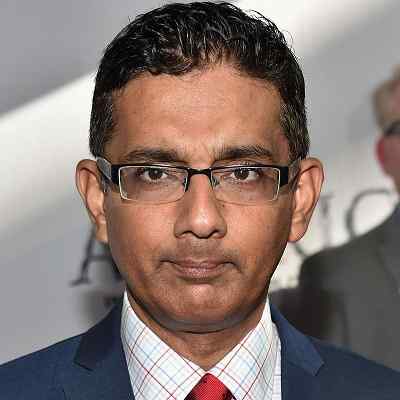 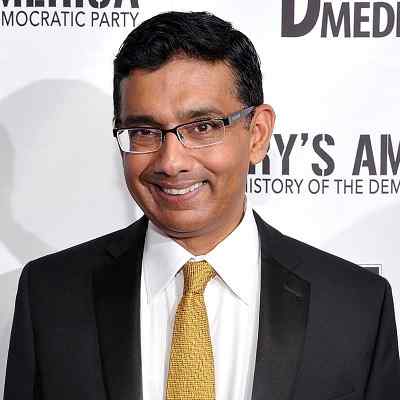 Dinesh Dsouza is an Indian-American Conservative Author. Dinesh Dsouza is also a political commentator, provocateur, filmmaker, and conspiracy theorist as well. He has written over a dozen books and several of them are New York Times best-sellers.

Dinesh Dsouza was born on April 25, 1961, in Bombay (now Mumbai), India. He is 61 years old and is under the astrological sign, Taurus. He holds American nationality as he lives in the USA as of now.

His father’s name is Allan D’Souza and his mother’s name is Margaret D’Souza. He also has a brother and a sister and their names are Shashi and Nandini respectively. Dinesh is very close to his family members and loves them a lot and also spends quality time with them. Likewise, he grew up in a middle-class family where his parents were Roman Catholics from the state of Goa in Western India and his father was an executive with Johnson & Johnson and his mother was a housewife.

Regarding Dsouza’s educational background and qualifications, he attended the Jesuit St. Stanislaus High School in Bombay. He then completed his 11th and 12th years at Sydenham College. Dinesh went on to attend the local public school in Patagonia, Arizona. Furthermore, he enrolled matriculate at Dartmouth College. He graduated with a Bachelor of Arts in English in the year 1983. 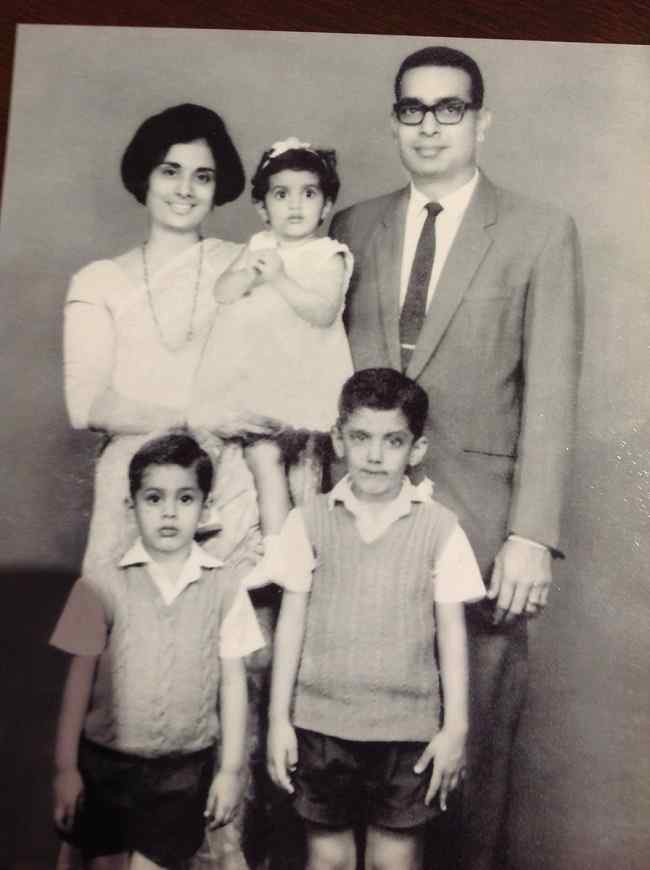 Dinesh Dsouza as an author was able to publish “The End of Racism” in the year 1995. He claimed that exaggerated claims of racism are holding back progress among African Americans in the US. He even called for a repeal of the Civil Rights Act of 1964 and argued on this topic. Likewise, this book was panned by many other critics as well. There were many other authors who didn’t agree with what Dinesh has said in the book and argues on it. However, he argues that while colonialism was terrible, it had the unintended consequence of lifting third-world countries up to Western civilization.

Ther book exposed the fallacies and hypocrisies of various criticisms of the United States by the Islamic world. Moreover, he then was able to publish “The Enemy at Home: The Cultural Left and Its Responsibility for 9/11”. In this book, he argues that the American cultural left was in large part responsible for the Muslim anger that led to the September 11 attacks. His book caused controversy in the conservative movement. Dinesh then went on to publish many other books as well. There are positive as well as negative reviews and supports regarding his topic in his books. However, he also was able to become The New York Times Best Seller. 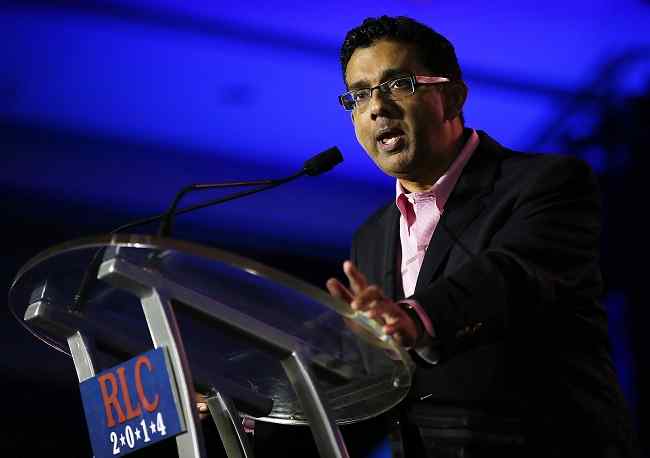 Dinesh D’Souza has been able to appear on numerous national television networks and programs. He is generally identified as a neoconservative and defines conservatism in the American sense as “conserving the principles of the American Revolution”. Likewise, he says he is comfortable with Protestant Reformation theology and identifies as a nondenominational Christian. Dinesh has promoted several conspiracy theories, such as the false claim that Obama was not born in the United States and the conspiracy theory that the Clintons had murdered people. Other than these, there are many other conspiracy theories as well that he has promoted.

Dinesh has criticized as well as mocked many people on social media sites and has even received backlash because of those statements. He became the president of “The King’s College” which is a Christian liberal arts college then housed in the Empire State Building in Manhattan. But soon after, he resigned from the post. He also was involved in Campaign finance violations, felony guilty plea, conviction, as well as pardon.

Dinesh Dsouza was in a relationship with fellow conservatives Laura Ingraham and Ann Coulter. He then met Dixie Brubaker while working at the White House. He then went on to tie the knot with Dixie Brubaker in the year 1992. The couple also has a daughter together and her name is Danielle D’Souza Gill. Thei daughter is a writer and a member of the Women for Trump Coalition. Sadly, the pair broke up and divorced in the year 2012. Dsouza then went on to marry Deborah Fancher in the year 2016. His wife is a conservative political activist and mother of two. 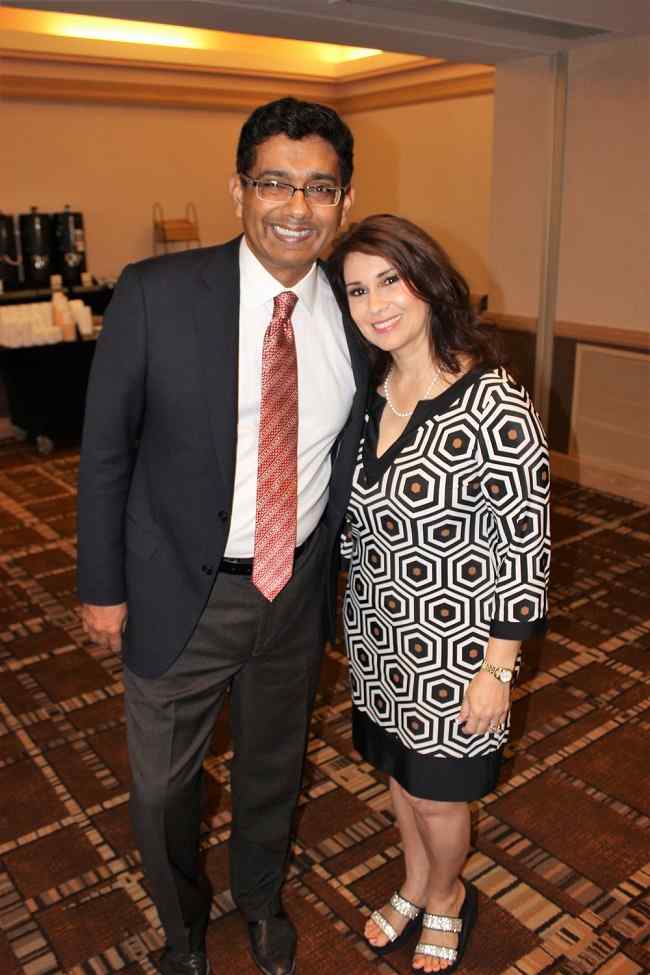 Caption: Dinesh Dsouza along with his wife (Source: The Ponte Vendra Recorder)

Dinesh Dsouza has a height of 5 feet 10 inches. However, his weight and other body measurements are not available at the moment. Moreover, Dsouza has black hair and dark brown eyes.

According to celebritynetworth, Dinesh Dsouza has a net worth of $4 million and his main income source is him being a political commentator, author, and filmmaker.