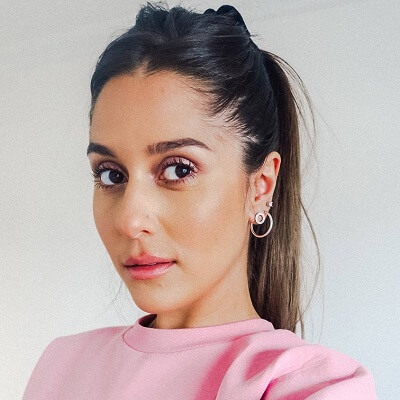 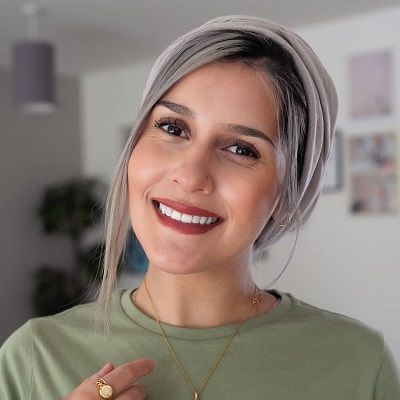 Dina Tokio is a famous UK stylist, designer, YouTuber, and fashion blogger who runs the site Days of Doll. Dina Tokio is part of a group of Hijabi bloggers. Moreover, she is also a subject of a BBC3 documentary titled “Muslim Miss World.

Dina Tokio is 33 years old. She stepped into the world on June 6, 1989, in Cairo, Egypt along with her twin sister Topsy.  Similarly, she has two brothers, Hassan and Yoosuf. Initially, she was named “Noor.”  She along with her family moved to London at 7 years old. Likewise, her father worked at a company in Egypt and later became an entrepreneur in London. He began a trading business there, trading Egyptian products to the people of London who were influenced by the exotic appeal of Egypt. However, her parents’ names are under review.

Moving toward her educational background, she went to ‘Horsenden Primary School’ in Greenford, UK. Her mother also taught English in the same primary school. Similarly, she also played football and rugby until she began wearing the ‘hijab.’ Then she attended ‘The Ellen Wilkinson School for Girls.’ 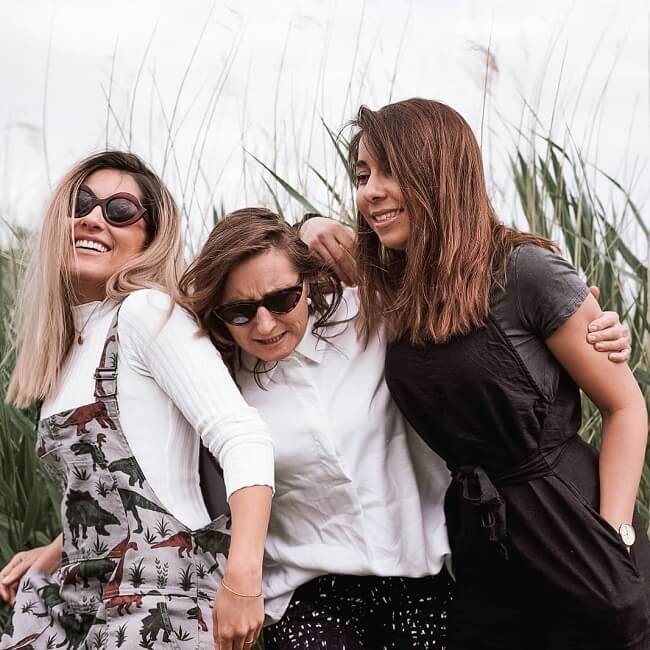 Caption: Dina Tokio was captured with her mother and twin sister in the candid shot (Source: Instagram)

Following the birth of her brother, Hassan, she again moved back to Cairo. As Dina and her sister could not adjust to the environment at their school, they moved back to London. Her family could not provide their home rent in London and they went back to Cardiff soon. There, she attended ‘Cathays High School.’

Her favorite subjects were history and textiles. She even created her clothing brand named ‘Unleaded.’ After school, she opted for the sixth form and chose business studies, English literature, and product design as her A-level subjects. Later she studied psychology, too.  Moreover, she is half-English and half-Egyptian.

Talking about Dina Tokio’s professional life, she is an Egyptian–English beauty vlogger/blogger and social media personality. Currently, she is a London-based influential and successful “hijabi” woman in the UK. Likewise, she not only beauty, fashion, and makeup tips through beauty vlogs and blogs to “hijabi” women but also inspire them to have their own opinions. She has thoroughly used social media to advocate the empowerment of Muslim women.

she started her career as a fashion blogger after dropping out of college in 2011. Despite this, she had previously begun writing fashion blogs. She sensed the need to improve the fashion statement of “hijabi” women. This triggered the approach to work on fashion for Muslim women who wear the “hijab” and desire to look stylish without revealing much skin.

Concerning her Youtube career, Dina launched her first self-titled YouTube channel on April 5, 2011. The channel initially hosts makeup tutorials and fashion vlogs exclusively for “hijabi” women. Likewise, it features vlogs, challenges, and hauls and has amassed over 130 million views. With this channel, she became the first successful “hijabi” fashion vlogger in the UK. She even advocates women’s empowerment through her vlogs.

The oldest video on her channel titled “My Movie,” dates back to April 6, 2011, and has got almost 56,684 views to date. Some of her popular videos are ‘TURBAN TUTORIAL WITH LIBERTY LONDON | OOTD!,’  ‘THE MOST BEAUTIFUL LIPSTICK IN THE WORLD,’ and ‘AIRPORT SECURITY DON’T BELIEVE I’M BRITISH.’ The channel now has over 805 thousand subscribers.

Recently, two videos uploaded on YouTube include “I CAN’T BELIEVE HE DOES THIS.. | RAMAVLOG DAY 8,” and “FINALLY I’M TALKING ABOUT THIS.. | RAMAVLOG DAY 6 & 7,” as of May 2020. Besides her main YouTube channel, she has also created her vlogging channel Dina Tokio Vlogs on November 12, 2017. This channel shares her family life, fashion, beauty, being a mum, and perhaps a little traveling.

Similarly, she also has a collaborative channel with her husband named Sid and Dina. The channel has gained more than 356 thousand subscribers. The most requested video of the duo titled “HOW WE MET | OUR MARRIAGE STORY,” was posted on December 31, 2015. The video has got almost 1,769,561 views. 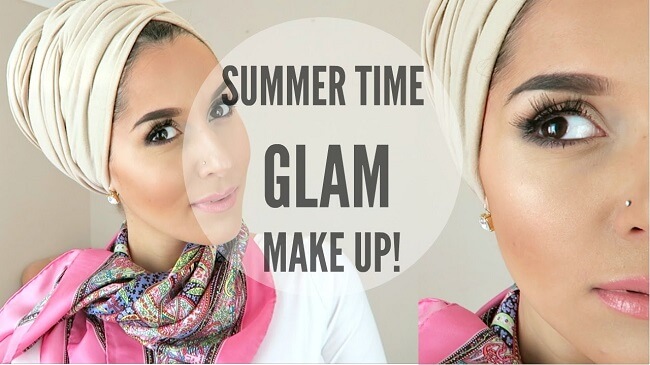 In 2015, she launched her debut clothing line, ‘Dina Torkia.’ She along with her husband worked for a year to launch the clothing line. The duo had to travel to Indonesia to observe the manufacturing process. It made a huge success, and her first-ever collection was sold out almost instantly. Her collection is found on her blogging website. Additionally, she is the founder of @ilikeme @dinatorkia

She also launched her debut book, ‘Modestly,’ in September 2018. The book is largely based on her life experiences as a “hijabi” woman. The book even emphasizes the lives of British Muslims and their struggles. Similarly, the book is a combination of her autobiography, her fashion blogs, and some parenting advice.

Similarly, Dina’s efforts to bring the problems of Muslim women on a noticeable platform have received several rewards. She got chosen as the subject of a ‘BBC documentary titled ‘Muslim Miss World.’ In 2017, she earned a name as ‘Creator for Change’ on ‘YouTube.’ She even got featured in a series of her ‘YouTube videos under the hashtag ‘#YourAverageMuslim.’

In January 2018, she gained a spot on ‘Vogue’s “New Suffragettes” list for being one of the most influential and flourishing “hijabi” women and for her contribution to modernizing Muslim women. Further, she has collaborated with several brands such as ‘Tom Ford,’ ‘ASOS,’ ‘Revlon,’ ‘Glossier,’ ‘Liberty London,’ and ‘H&M.’

Reflecting on Dina Tokio’s earnings, she is famous as an Egyptian–English beauty vlogger/blogger and social media personality who has earned a quite considerable sum of money through her work. However, she has never discussed her earnings on the web. With her flourishing internet fame, she has made her garnered good fortune. Therefore, some online sources have estimated her net worth around $1million-$5 million. Similarly, she lives a lavish and happy lifestyle which is even reflected in her social media handles.

What is Dina Tokio’s relationship status?

Reflecting on Dina Tokio’s personal life, she is a married woman. She married the love of her life Sid Kaan in 2013. Her husband is a graphic designer. The duo met each other at the university. He used to help Dina with her projects. Later, she moved back to Egypt where she bagged a teaching job and simultaneously worked as a fashion designer. She moved to the UK again a few months later and got engaged to Sid.

Similarly, the duo welcomed two kids. She gave birth to her daughter, Hana, in October 2015. Further, in July 2018, she welcomed her son. She is enjoying her family time along with her professional life. This web personality has never faced controversial acts regarding her personal as well as professional life. Therefore, there is no information regarding her involvement in scandals and rumors to date. 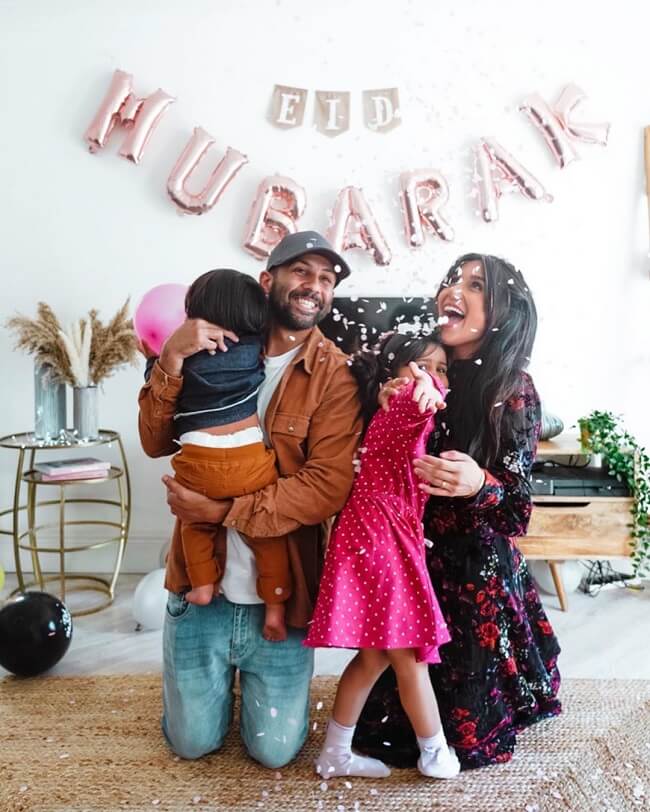 Caption” Dina Tokio posing witH her husband and kids on the celebration of EID (Source: Instagram)

Beautiful and charming web personality Dina Tokio has an amazing personality. She looks very attractive wearing Hijab. She has a good height standing 5 feet 4 inches tall (1.65 m) and weighs around 5o kg. Other than that, there is no information regarding her body statics. Further, she has an attractive pair of dark brown eyes with brown hair color.