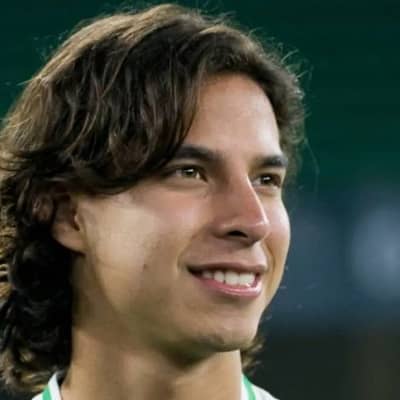 As of now, he is 21 years old and holds the nationality of Mexican. Moreover, he has a horoscope of Gemini and belongs to the Mexican-White ethnicity.

His nickname is D. Lainez and is Christian by religion. Talking about his parents, he is the son of Mauro Lainez (father) and Mary del Carmen Leyva de la O (mother).

He has a younger brother named Mauro who is also a football player and plays as a winger for Tijuana.

As a professional footballer, he has earned a decent sum. Talking about his net worth, his net worth estimates at around $2 million.

He plays for the Spanish La Liga club Real Betis with a reported transfer fee of $14 million. Moreover, he earns $2.8 million per year in salary from the club.

This footballer has dark brown eyes with black hair. Moreover, Diego is 5 feet 7 inches tall with a weight of around 58 kg and there is no other information regarding his body measurements. Diego Lainez joined Club America’s academy in 2012. After five years in the club’s academy, he made his competitive debut on March 1, 2017.

In the Copa MX group stage, he made his competitive debut against Santos Laguna.

He became the club’s youngest player to score a double when he scored two goals against Pachuca on August 4, 2018.

Between September and October 2018, he was disabled for four weeks due to an ankle injury.

He returned to football on October 20, 2018, against Tijuana. In a friendly match against Algeria on October 13, 2020, this player scored his first international goal for the senior team.

The club ultimately won the Apertura in 2018. Moreover, he moved to Spain on 10 January 2019, signing with RealBetis of the La Liga league.

He joined the club with a record transfer fee of $14 million with a five-year contract deal.

In addition, he also made the record for being the second most expensive Mexican player to be signed by a European club.

He made his debut as a substitute against Girona on 20th January 2019. He made his first appearance against Athletic Bilbao in the same month.

On 14th February 2019, he scored an injury-time equalizer against Rennes and he was named the youngest Mexican player to score in the UEFA Europa League.

This footballer has represented Mexico youth teams at various age levels. He has played football for Mexico’s U17, U20, and U21 teams.

Moreover, he competed in the 2017 FIFA U17 World Cup for Mexico. In the group match against England, he scored two goals in a 3-2 loss.

He was an important member of the Mexican team that placed second in the CONCACAF U20 Championship in 2018. Further, he was named the Best XI of the competition.

He was chosen for the Mexico U20 World Cup team. In addition, he was an important member of the Mexican team that placed second in the Toulon Tournament in 2018.

He was a member of Mexico’s Central American and Caribbean Games teams in 2018.

On September 7, this footballer made his senior international debut against Uruguay in a friendly match. Moreover, Mexico was defeated 4-1.

On September 11, 2018, he appear in his senior team debut against the United States. Following a foul on the Mexican player, US football defender Matt Miazga mocked him for his small height.

In a friendly match against Algeria on October 13, 2020, he scored his first international goal for the senior team.

And in the same year, he was named the Liga MX: Apertura. In addition, he was list CONCACAF Under-20 Championship Best XI in the year 2018.

The young footballer does not have a partner and is single. He appears to be entirely concentrated on his football career. Moreover, this player is not a part of controversy or rumors till now. 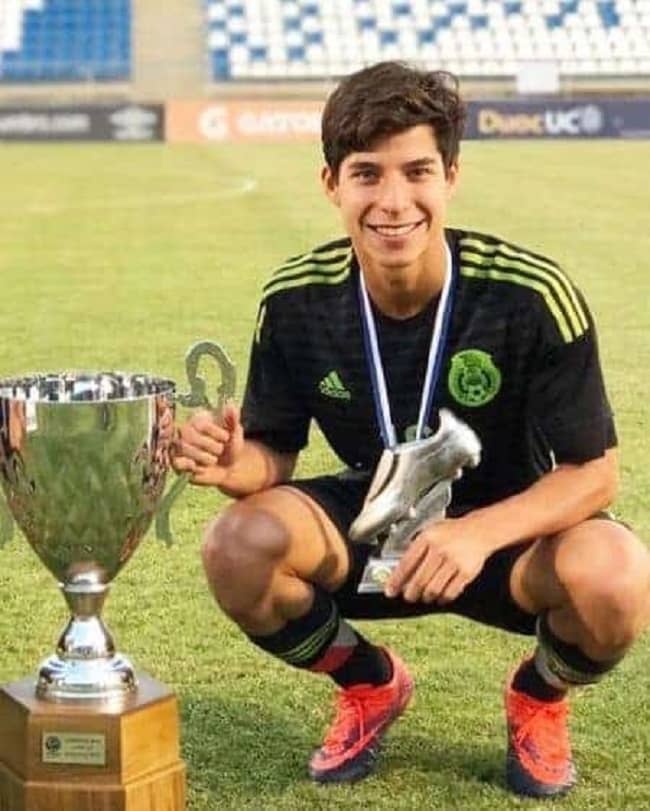 Caption: Diego Lainez with his trophy and medal (Source: Playersbio)