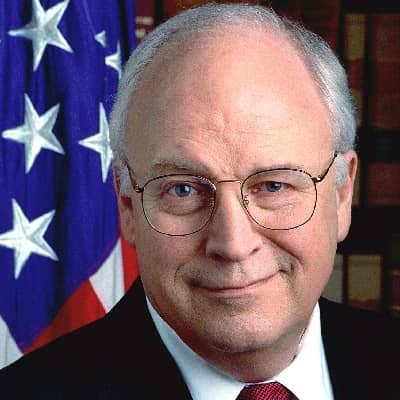 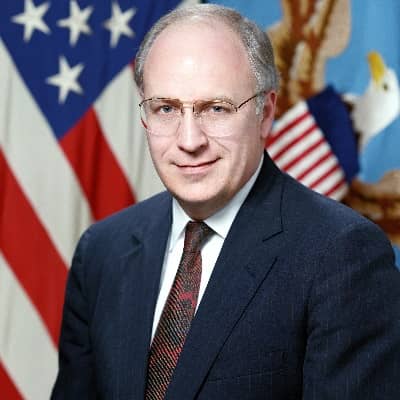 Dick Cheney is an American politician and businessman. Dick Cheney served 4 Republican presidents and spent 6 terms in the House. Moreover, he is the former vice president specializing in defense, energy, and the Middle East.

Dick Cheney’s birth name is Richard Bruce Cheney. He was born in Lincoln, Nebraska, USA, on January 30, 1941. He is 81 years old as of 2022 and his sun sign is Aquarius. His parents are Richard Herbert Cheney (father) and Marjorie Lauraine Dickey Cheney (mother). Moreover, his father is a soil-conservation agent and his mother is a former softball player.

Both of his parents were Democrats. Dick was one of the three children of his parents. Further, he attended ‘Calvert Elementary School’ before his family moved to Casper, Wyoming. There, he attended ‘Natrona County High School.’ Later, he joined Yale University, but by his own account had problems adjusting to the college, and dropped out.

Then, he enrolled at the University of Wyoming. And, there, he earned both a Bachelor of Arts and a Master of Arts in political science. At the University of Wisconsin–Madison, he subsequently started but did not finish, his doctoral studies. Moreover, in his time as a student, he applied for and received five draft deferments. And, also avoided being drafted in the Vietnam War, stating that he “had other priorities in the ’60s than military service.” 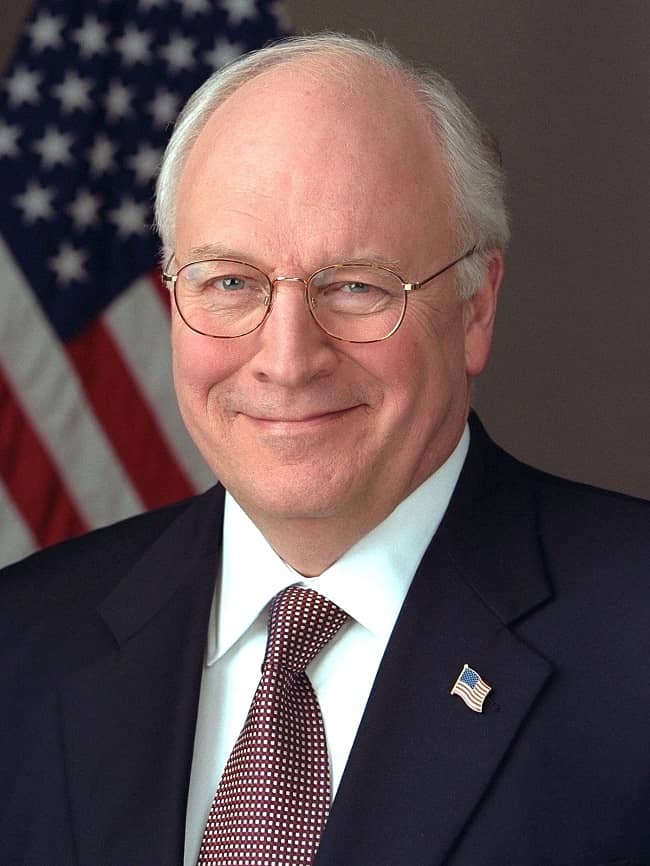 From 2001 to 2009, Dick served as the 46th vice president of the United States under George W. Bush. Dick frequently cited as the most powerful vice president in American history, is one of the most unpopular figures in American politics, holding an approval rating of just 13% upon leaving office, Dick is currently the oldest living former U.S. vice president.

Cheney started his political career as an intern for Congressman William A. Steiger. Therefore, eventually worked his way into the White House during the Nixon and Ford administrations. He also served as White House chief of staff from 1975 to 1977. Similarly, in 1978, he was elected to the U.S. House of Representatives and from 1979–1989, he represented Wyoming’s at-large congressional district. Also, briefly served as House minority whip in 1989.

Dick was selected as Secretary of Defense during the presidency of George H. W. Bush. And, he held the position for most of Bush’s term from 1989–1993. During his time there, he oversaw 1991’s Operation Desert Storm, among other actions. From 1995–2000, out of office during the Clinton administration, he was the chairman and CEO of Halliburton. 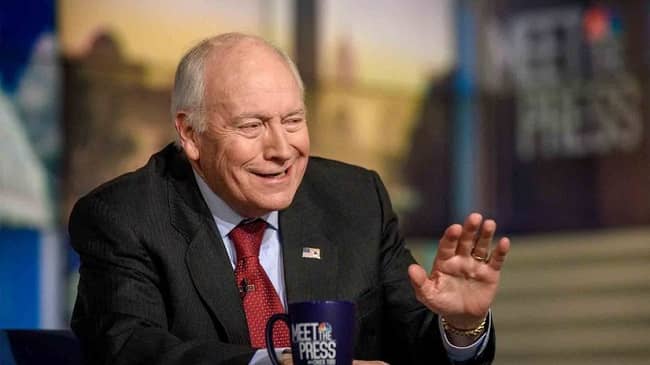 Likewise, in July 2000, in the 2000 presidential election, Dick was chosen by presumptive Republican presidential nominee George W. Bush as his running mate. Therefore, they defeated their Democratic opponents, incumbent Vice President Al Gore and Senator Joe Lieberman. In the year 2004, he was re-elected to his second term as vice president with Bush as president, defeating their Democratic opponents Senators John Kerry and John Edwards.

Moreover, during his tenure as vice president, Dick played a leading behind-the-scenes role in the George W. Bush administration’s response. Therefore, to the September 11 attacks and coordination of the Global War on Terrorism. Therefore, he was an early proponent of invading Iraq, alleging that the Saddam Hussein regime possessed a weapons of mass destruction program and that the Hussein regime had an operational relationship with Al-Qaeda.

Also, he pressured the intelligence community to provide intelligence consistent with the administration’s rationales for invading Iraq. Dick was often criticized for the Bush Administration’s policies regarding the campaign against terrorism. And, also for his supported wiretapping by the National Security Agency (NSA), and torture.

Dick publicly disagreed with President Bush’s position against same-sex marriage in 2004. In the year 1968, he was awarded an ‘American Political Science Association congressional fellowship and moved to Washington. Furthermore, an avid hunter and fisher, his Secret Service code name were “Angler”. And, in 2006, he made headlines for accidentally shooting fellow hunter Harry Whittington in the face. 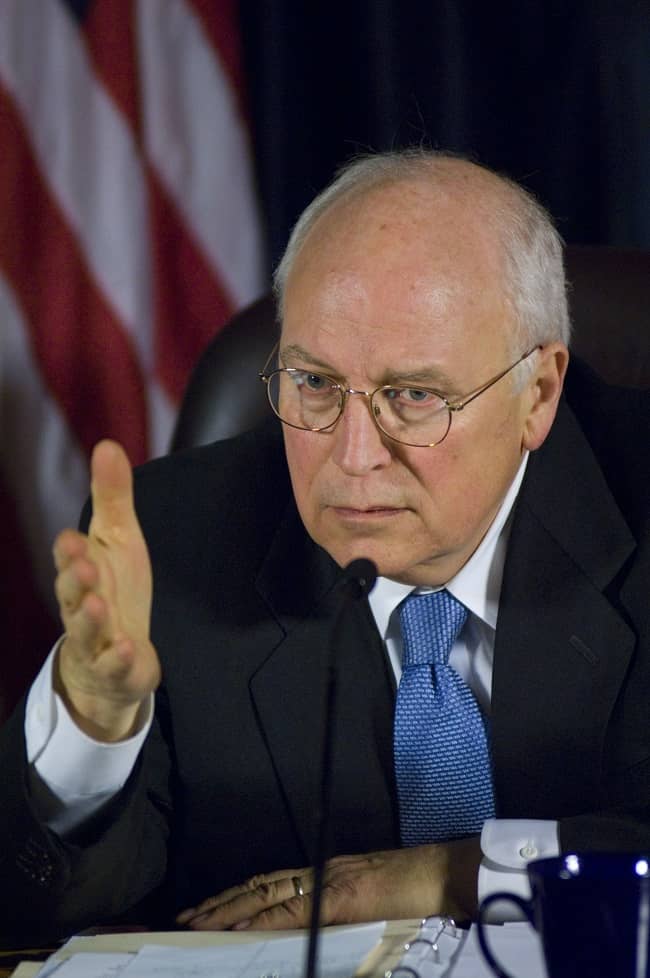 Caption: Dick Cheney while answering questions from the press during a visit to Iraq, 17 March 2008. Source: Department of Defense

Dick is married to his high school sweetheart, Lynne Vincent. Therefore, he met her at the age of 14. And, on August 29, 1964, the two married. Moreover, they have two daughters namely Elizabeth “Liz” and Mary Cheney. Also, they have seven grandchildren. There is no other information regarding his matter. 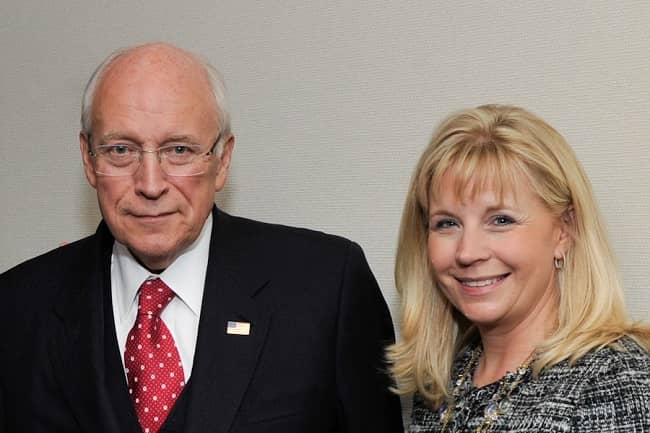 Dick is 5 feet 8 inches or 1.73 m tall. He has a suitable weight but his weight is not mentioned. Also, his other body stats are not revealed. Moreover, he has a set of blue eyes and his hair is white.

He is not socially active. Therefore, he doesn’t have any social media profiles. Dick has stayed low-key about his personal life. Talking about his earnings, no doubt he earns a great amount of money throughout his professional career. However, his net worth as of 2021 is $19 million.