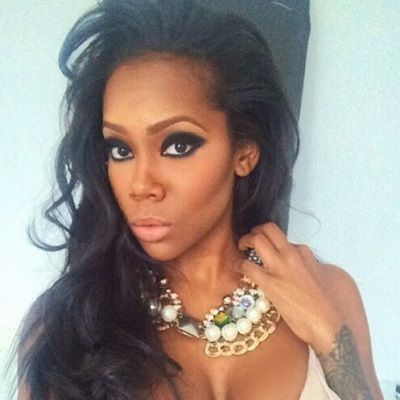 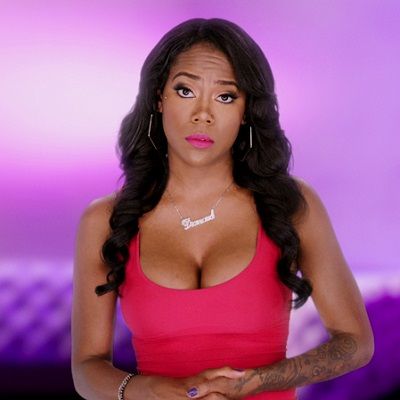 Her father is a professional Hall-of-Fame baseball player and named her after the shape of the baseball field which is a diamond.

However, her parents got a divorce in 1993 and she had to go through a tough time at the age of 5.

Nevertheless, even as a single mother, Lisa took proper care of her and helped her shine like one. 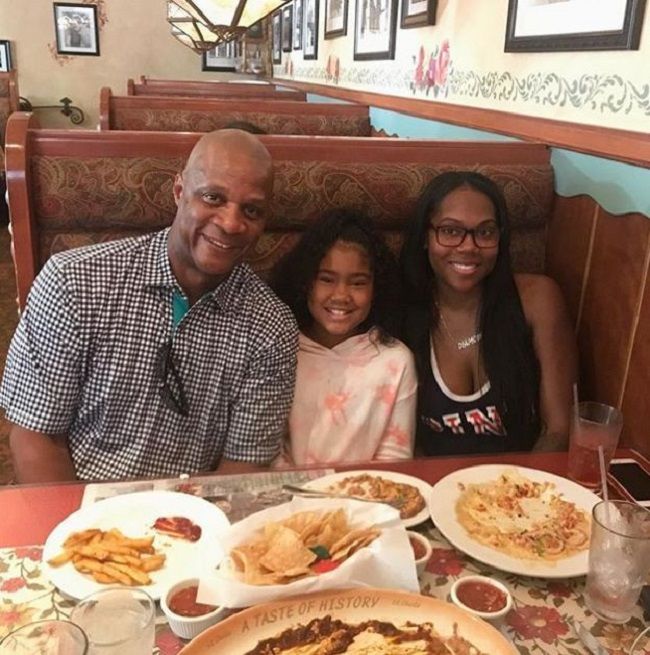 Caption: Diamond Strawberry along with her father and daughter smiles for a family photo as they enjoy dinner in 2018
Source: Instagram

At the age of 19, Diamond Strawberry got pregnant. Back then as a young confused teen, she wanted to abort the baby. But her mother convinced her to keep the baby.

Later on September 17, 2007, she gave birth to her daughter MyLisa. However, she has not revealed the father’s name.

Fast-forward to 2012, she started dating Cisco Rosado, with whom she appeared on Love & Hip Hop: New York season 5.

The two had a dramatic breakup on camera when Cisco discovered, she had a daughter. Cisco accused her of lying about her daughter’s existence, a claim she continues to deny even today.

Meanwhile, she also accused him of cheating on her while they were still together. After the breakup, she has not been open to the media about her new relationships. 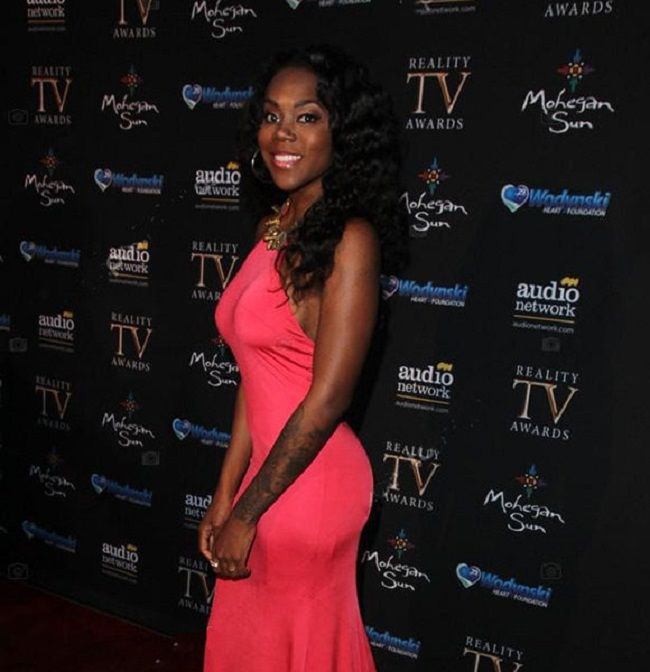 Diamond started off her career as a model. However, she got pregnant as a teen which hampered her career growth.

So in 2014, she moved to New York to pursue her career. Subsequently, she appeared in season 5 of Love & Hip Hop: New York.

Love & Hip Hop: New York is a reality series that shows the struggle of aspiring female singers as they try to get into the music industry.

Back then she was dating the producer Cisco Rosado and appeared in the show as his love interest. She made a total of 13 appearances in the series.

Apart from reality shows and modelings, she has been working to flourish her mother’s hair and skincare brand LUX.

Her mother is the CEO of the company. Furthermore, the mother and daughter together have also founded ‘A Safe Place Youth Center’ for teenage mothers.

Diamond, just like her name is a charm. Despite having gone through pregnancy, she still looks young and radiant. She has a toned and curvy body with an average height of 5 feet 4 inches.

However, her exact weight and other body measurement are unavailable. She has black eyes that match the color of her long curly hair. Moreover, her smile makes her look even prettier.

Caption: Diamond Strawberry in an interview with Hip-Hop-Vibes
Source: Newsghana

With the recognization, she received from the reality show, she also became a social media star. She has a huge fan base, especially on Instagram.

She shares beautiful photos of her everyday life, along with promoting LUX on her Instagram. Moreover, she also has a Twitter account but she does not seem to be active there.