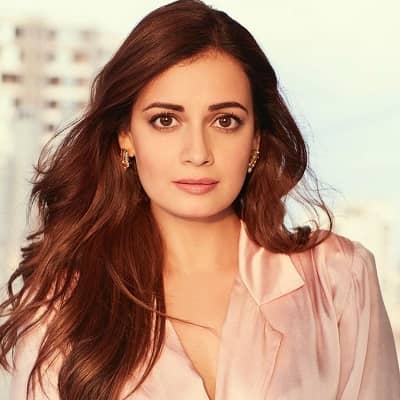 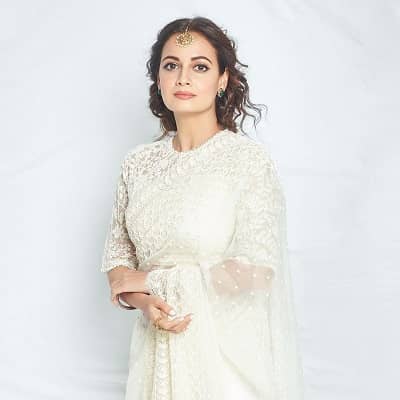 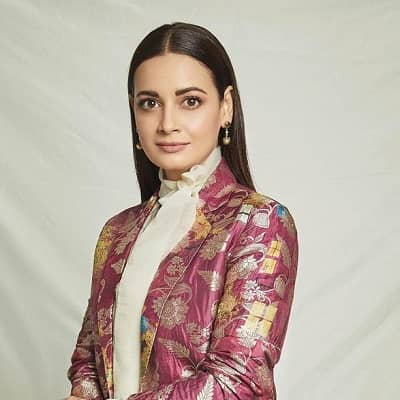 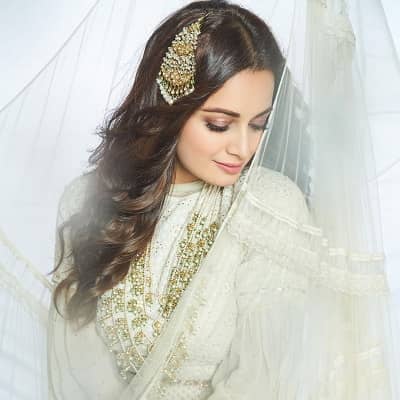 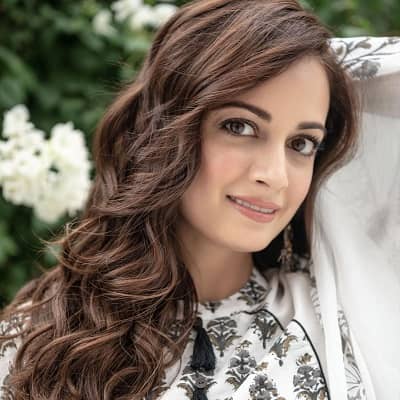 Dia Mirza was born on 9 December 1981 and she is currently 40 years old. Her birth name is Dia Handrich. Likewise, her hometown is Hyderabad, Andhra Pradesh, India, and her zodiac sign is Sagittarius. In the year 2010, she adopted two cheetah cubs. The adopted cheetah cubs were at the Prince of Wales zoological park located in Lucknow, India.

Talking about her family, Dia’s parents are father Frank Handrich and mother Deepa. Her father is German whereas her mother is an Indian. Therefore, Dia’s ethnicity is German-Indian. However, Dia’s nationality is Indian.

Talking more about her parents, Dia’s father was a multi-talented personality. Her father worked in Munich as a graphics and industrial fair designer, artist, architect, as well as an interior designer. Moreover, her mother is an interior designer and landscaper of Bengali origin. Dia’s mother does volunteering work and helps alcoholics and drug addicts.

At the young age of 4 years, Dia’s parents divorced and her mother later married Ahmed Mirza. Her step-father is a Muslim from Hyderabad. Dia adopted her surname “Mirza” from her step-father. Unfortunately, Dia lost her step-father in the year 2003.

Regarding her educational journey, Dia attended Vidyaranya High School. It is a co-ed school. Later on, Dia went on to attend Nasr School. It is a girl’s day school located in Khairtabad. For her further studies, Dia enrolled in Stanley Junior College. Later on, she attended Ambedkar Open University located in Hyderabad. From there, Dia graduated with a degree in Bachelor of Arts. 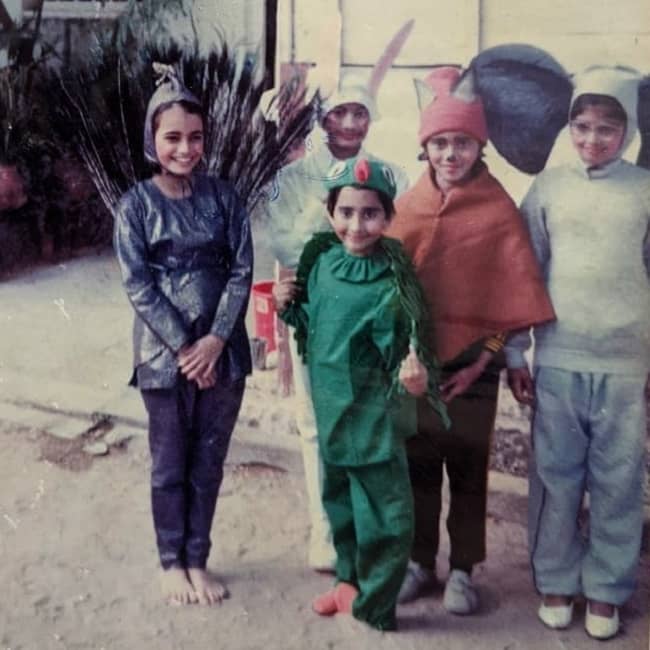 As an actress, Dia debuted with the 2001 movie Rehnaa Hai Terre Dil Mein. Subsequently, she appeared in other Hindi films like Dus, Lage Raho Munnabhai, and Sanju. Moreover, Dia made her web series debut with Kaafir in the year 2019. 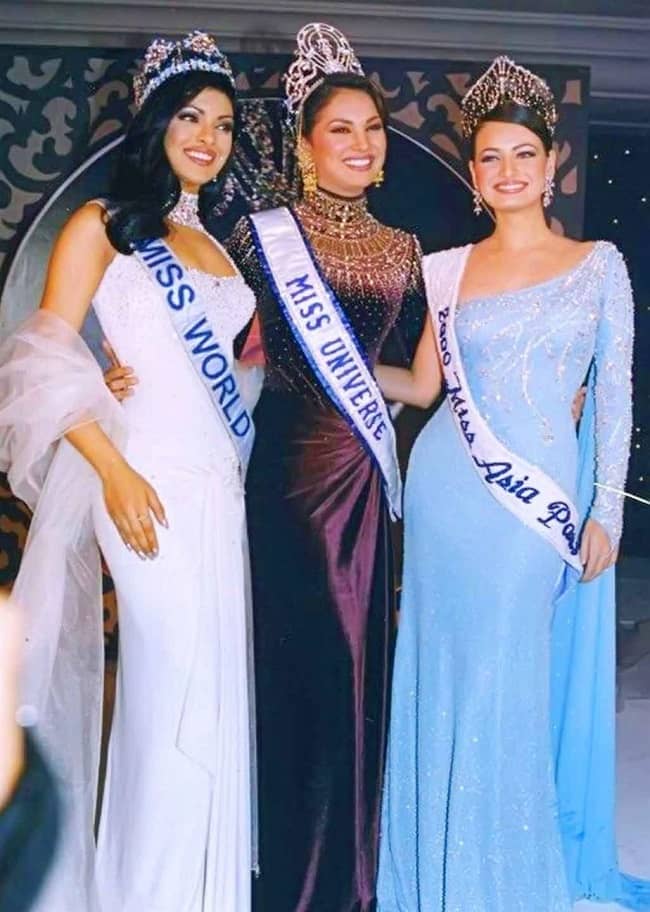 Moreover, the actress is also a humanitarian worker. Dia is intensively involved with the Cancer Patients Aid Association and Spastics Society of India. Likewise, the beauty pageant winner also works closely with the government of Andhra Pradesh. Together, they spread HIV awareness and work to prevent female foeticide.

Additionally, Dia also works closely with PETA, CRY, and NDTV Greenathon. The latter is an effort to find sustainable solutions against pollution. Further, the actress is also on the board of the Coca-Cola Foundation. This foundation works for the development in rural India. Likewise, Dia also works with the campaigns like Female Foeticide and Sanctuary Asia’s Leave Me Alone.

Dia Mirza’s current husband is Vaibhav Rekhi. They tied the knot on 15 February 2021 and they had their wedding ceremony in Bandra, Mumbai. Dia and Vaibhav welcomed their first child on May 14, 2021. Their son’s name is Avyaan Azaad Rekhi and he was born prematurely. Hence, baby Avyaan was in NICU for 2 months.

Previously, Dia was married to Sahil Sangha. Dia and Sahil had their engagement in April 2014. Prior to their relationship, Dia and Sahil were longtime business partners. Dia then tied the knot with Sahil on 18 October 2014 and had their wedding ceremony at Sahil’s farmhouse in Chattarpur. However, Dia shared news about their separation in August 2019. 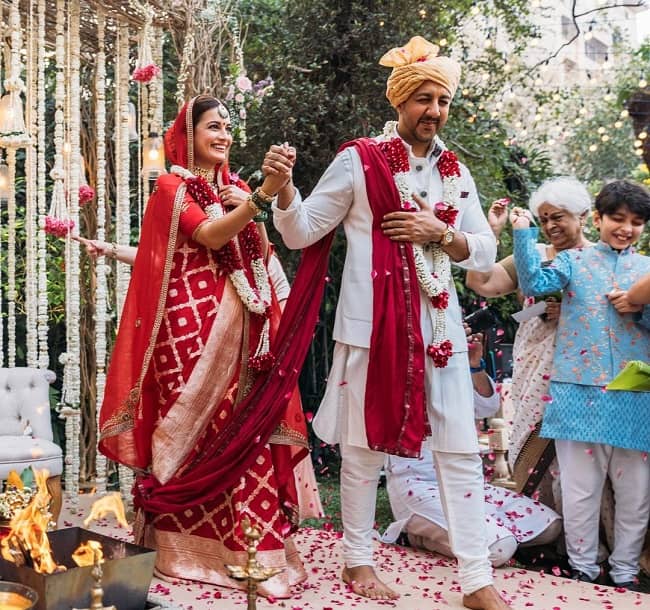 Dia Mirza stands tall at an approximate height of 1.68 meters or 5 feet 5 inches and her weight is around 53 kgs or 117 lbs. Likewise, the Indian beauty pageant winner has a chest-waist-hip measurement of 34-26-34 inches respectively. Further, the Indian actress has dark brown eyes and hair of the same color.

The Indian actress also has more than 8.3 million people following her journey on her “Dia Mirza” Facebook account. Moving on, Dia has a net worth estimation of around $2.5 million US dollars.