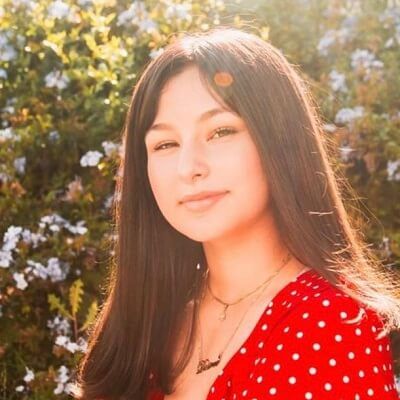 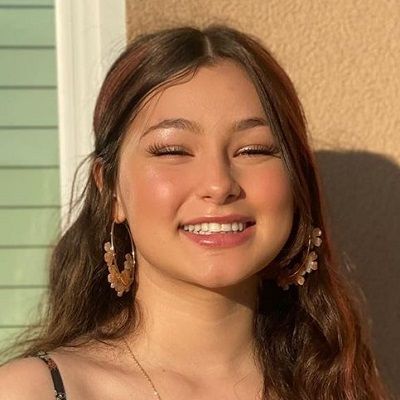 Dez Machado was born on 28 May 2004 and she celebrates her 18th birthday in 2022. She is originally from California and her full name is Desiree Machado.

She told in a video that she has white, Mexican, and Japanese ancestry. Likewise, in another video, she mentioned that her biological father was Japanese but his name and other details are unknown.

Her mother’s name is Marianne and she has remarried Lucas. Her mother and stepfather are photographers and cinematographers who mostly focus on wedding photography.

She is also close to her step-father. Moreover, she is the second of four daughters. Her older sister is Alexis and she often appears on her YouTube channel and also has her own YouTube channel named “Alexis Marie”. Her younger sisters are Victoria and Rachel.

She prefers to purchase products online rather than in physical stores as she finds it more convenient. Likewise, her favorite subject in school is biology, and she hates math.

She also has a Tiktok account with 811.8k followers and 32.9 million hearts. We can also contact her at [email protected] for more inquiries.

Professionally, the teen is a social media star. Dez is primarily a Youtube content creator whose content is mostly aimed at other young girls. Her videos include school-related vlogs, makeup hauls, try-on, and more.

Likewise, her Dez Machado channel was formerly called DESDAMONA. At present, this channel has over 1.15 million subscribers. Moreover, she and her family also appeared on The Mixed Six channel.

On her first channel, the video titled the first day of 8th-grade grwm/vlog 2017 was viewed more than 1 million times. This quickly became her most popular video to that point.

She uploaded this video on 18 August 2017. She also once did a makeup tutorial inspired by Tyler The Creator’s album Flower Boy.

She got her first phone when she was in the fifth grade, and realized that she could upload any type of video to YouTube after seeing the app icon while going through her camera roll.

However, she previously thought the platform was for music videos only. This is how her self-titled channel came into existence.

She started uploading videos since December 2016 with the vlog titled Mall Vlog + Haul. She started posting to her secondary channel earlier than on her primary channel.

On the second channel, she started vlogging in August 2016. However, she later stopped uploading on her second channel and continued to post vlogs, shopping hauls, and makeup and skincare routines on her primary channel in the following months.

According to a video she made detailing her paychecks, she earned $2-5 in the previous months but got a paycheck of $323 in August 2017. By the end of the year, she had gathered over 16k subscribers to her channel.

Her channel once again started to gather views and subscribers in the middle of the next year and she started to earn over a thousand dollars each month starting in June 2018 and reached 100k subscribers by August that year.

While she did not want to mention the exact amount, she got the biggest paycheck in November with a figure nearing $20K. She currently has over 1.15 million on her first channel.

She also resumed uploading videos on her second channel in January 2019 and has over 400k subscribers on that channel. 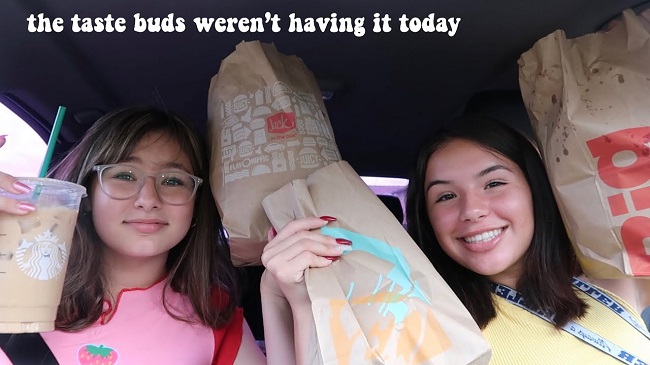 Dez Machado addressed the issue of her fans assuming stuff about her in a video titled my judgmental follower’s assumptions about me … 2019. She posted this particular video on 18 January 2019.

Throughout the video, she fended of fan assumptions that she was rude, judgmental, rich, and so on. She also clarified that contrary to many assumptions, she never smoked or drank.

However, she has often been criticized by fans for uttering the n-word in her videos. While she apologized for it in the video, she also tried to give the excuse that she only did it while lip-syncing to song lyrics containing the word, even though that is not entirely true.

Dez Machado was in a relationship with a boy named Renato, who is also her classmate. They met before she became popular on YouTube, and he often appears on her YouTube channels and her Instagram feeds.

She introduced him to her YouTube fans in a video titled turning my boyfriend into a bratz doll LOL gone wrong. She posted this particular video on 27 January 2019. But he appeared in her previous vlogs too.

She mentioned in one of her videos that she is not comfortable getting too intimate with her boyfriend on camera as her family members watch her videos regularly.

She has featured her lover in some more videos like A DAY IN MY HIGHSCHOOL VLOG 2019 (freshman), my boyfriend and I matched outfits to school for a week.., me and my boyfriend remade cringy couple TikToks (LMAO) …

Some other videos are my birthday weekend in San Francisco 2019 (VLOG), fair w/ my boyfriend 2018 ;), etc. However, the lovers quarreled very frequently. Hence, they thought it was not good for either of them and parted ways in late 2019. 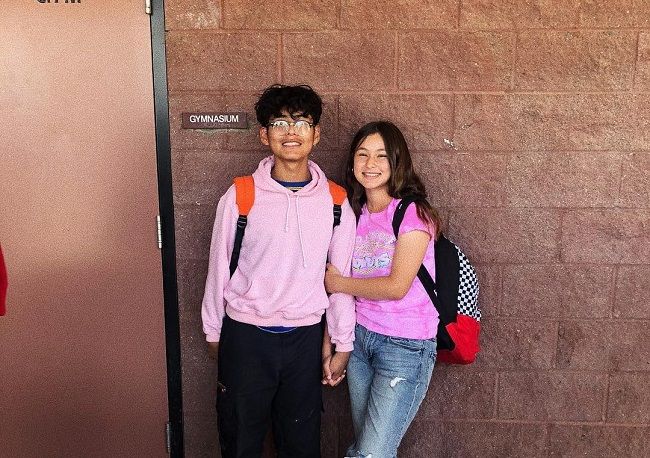 There is no information regarding Dez body measurement details including her height, weight, chest-waist-hip measures, dress size, shoe size, etc. She has a scar on her belly due to a car accident. Likewise, she has hazel eyes and dark brown hair color.

Moving on, she has a net worth estimation of $1 million to $5 million. Her self-titled channel is worth $429,000. She has published over 175 videos which all together add up to more than 90.9 million views.

Likewise, her second channel is worth $23,000. She has published over 40 videos which all together add up to more than 14.7 million views. Likewise, she creates on average 4 new videos every month earning 16.2 video views and 52 new subscribers every day.