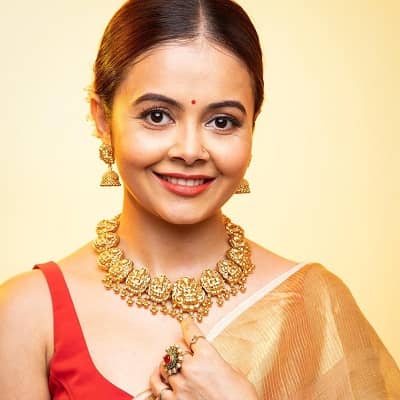 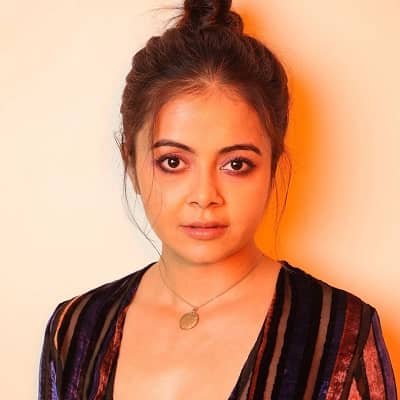 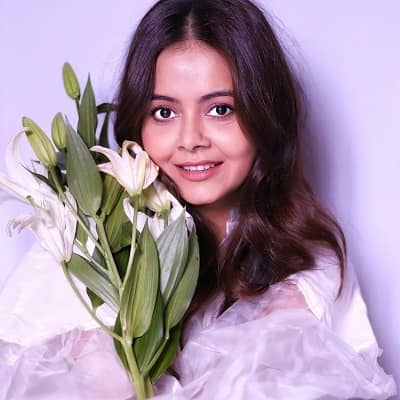 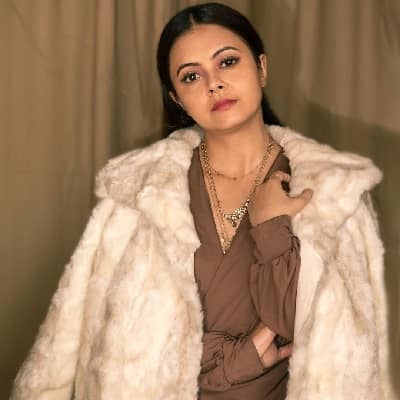 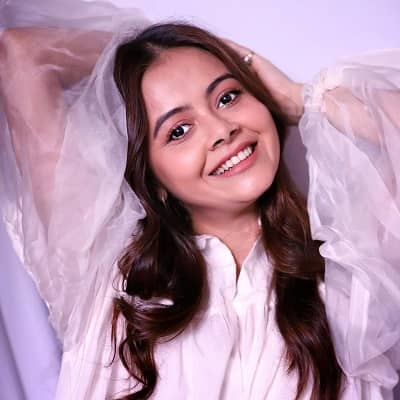 Devoleena Bhattacharjee came to this world on 22 August 1985. She was born to a Bengali family in Upper Assam. Therefore, her hometown is Sivasagar, Assam, India. She is currently 35 years old and her zodiac sign is Leo. She lives in Gurugram with her mother and her younger brother now.

Talking about her family, her father died when she was 7 years old. Her mother, Anima Bhattacharjee is a homemaker. And, her younger brother’s name is Andeep Bhattacharjee.

Speaking of her education, she went to ‘Godhula Brown Memorial English High School’, Sivasagar, Assam for early education. Later, she earned her graduation in the commerce field.

Then, she moved to New Delhi and pursued further education in the Jewellery designing and development field from the ‘National Institute of Fashion Technology.’ Devoleena is a trained Bharatanatyam dancer.

She began learning classical music when she was 6 years and also went to Kalakshetra Foundation, Chennai to become a trained Bharatanatyam dancer. Therefore, her fine dancing skills won her several dance prizes. Moreover, she is an avid pet-lover and owns a dog named “Angel Bhattacharjee”. 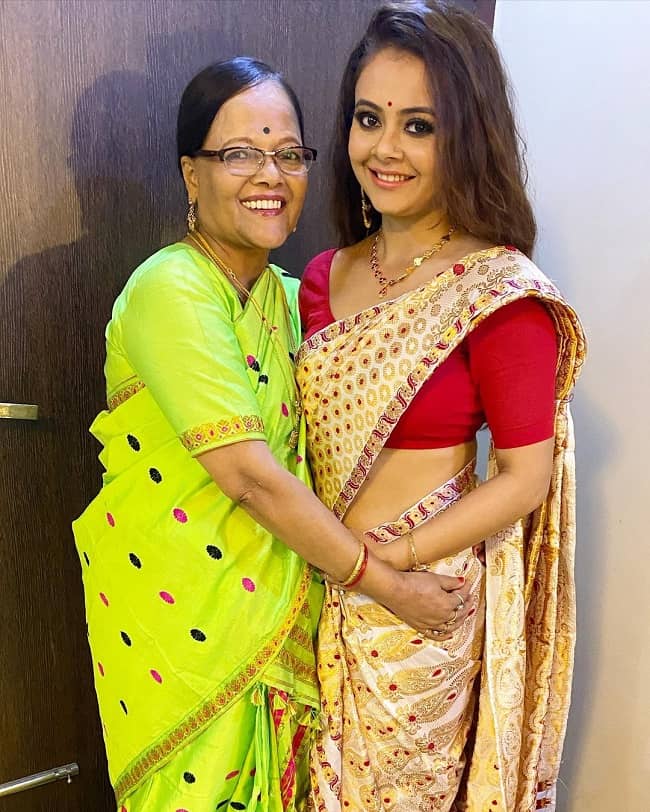 Caption: Devoleena Bhattacharjee and her mom posing for a photo. Source: Instagram

Devoleena started off her professional career as an ornament designer at Gill India Ltd, Mumbai. In the year 2010, she made her television debut with Zee TV’s dance reality show “Dance India Dance 2” as a contestant. In fact, she was always interested in Dance. Then in 2011, she made her acting debut in the Imagine TV drama serial “Sawaare Sabke Sapne Preeto”.

From the year 2012 to 2017, she played the role of ‘Gopi Ahem Modi’ in Star Plus’s “Saath Nibhana Saathiya”. There, she replaced ‘Giaa Manek’. The play turned out to be her breakthrough. Therefore, she also won Best Actress in a lead role by Indian telly awards and Big star entertainment award in 2015.

Moreover, in 2014 and in 2016, Devoleena contemplated quitting the show due to the frequent time leaps. Nonetheless, she continued the character before completing 5 years in June 2017. And, the serial ended on July 22, 2017. Before appearing in ‘Saath Nibhana Saathiya’, Devoleena did a few plays like ‘Annie Frank’s Diary’, ‘Sonitkuwari’, and ‘Ashimot Jaar Herbal Hima’. 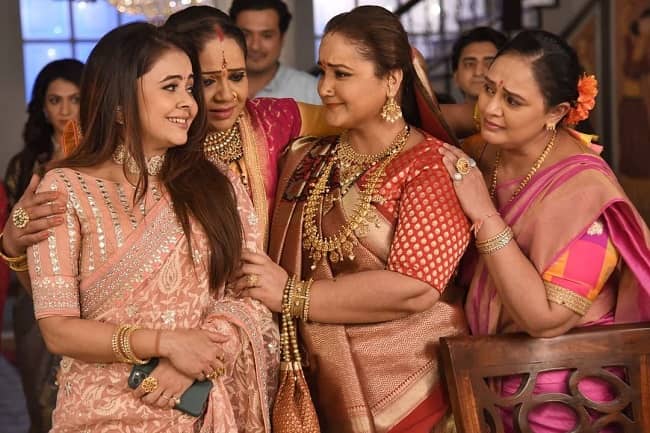 Caption: Devoleena Bhattacharjee and the other cast members of ‘Saath Nibhana Saathiya’ in the serial. Source: Instagram

She made her singing breakthrough with a popular religious song “Hey Gopal Krishna Karu Aarti Teri”. Then next, she joined as a celebrity contestant in the 13th season of the reality TV show ‘Bigg Boss’. And, the show started in the last week of September 2019. But, sadly, after two months, she exited the show citing health issues. 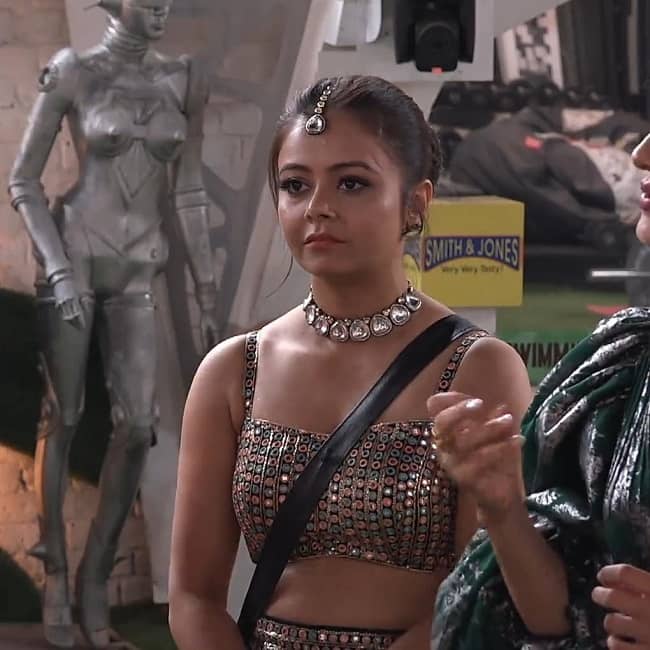 Bhattacharjee got into a bad fight with ‘Loveleen Kaur Sasan’, who was seen as ‘Paridhi’ in ‘Saath Nibhana Saathiya’. In the year 2015, the actresses were involved in a catfight. And according to the reports, Bhattacharjee wasn’t happy with the entry of Loveleen Kaur in the show. Also, in 2016, she got into an argument with Vishal Singh.

She was involved in a huge controversy after being called by the police for questioning in Rajeshwar Udani’s murder case. Therefore, her phone number was discovered in the call list of this diamond Merchant. And, she had to face police questioning. After all the investigation, she confirmed that it was a normal investigation.

Devoleena’s relationship status is single and unmarried. She was rumored to be dating Vishal Singh who played the role of ‘Jigar’ in ‘Saath Nibhana Saathiya’. But, there is no information related to her dating life. She is most probably single at the moment. And, she is possibly focusing on her career and developing her skills.

Devoleena is a pretty and beautiful lady. She is pretty short measuring 5 feet 4 inches and weighs around 52 Kgs. Her chest-waist-hip measurements are 32-24-34 inches respectively. Devoleena is a fitness lover and visits the gym regularly. She maintains a healthy diet and stays healthy. Furthermore, she has a pretty pair of dark brown eyes and she has nice brown hair. 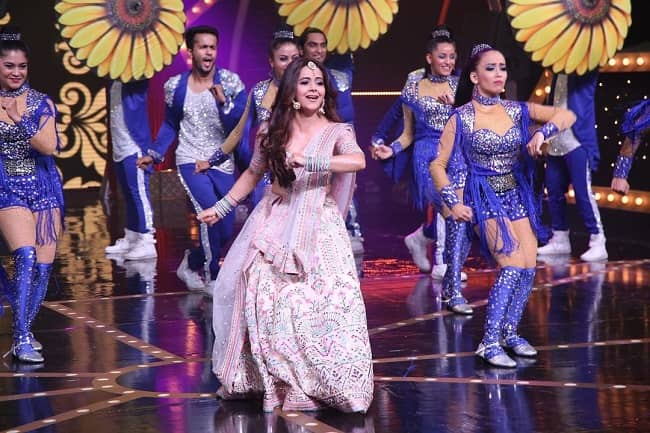 Caption: Devoleena Bhattacharjee while dancing on the stage. Source: Instagram

Devoleena is a talented actress and dancer. Her role as ‘Gopi Bahu’ gained her a lot of fame and success. Therefore, she was the highest-paid television star between 2014 and 2017. However, as of 2021, her estimated net worth is $1.7 million.