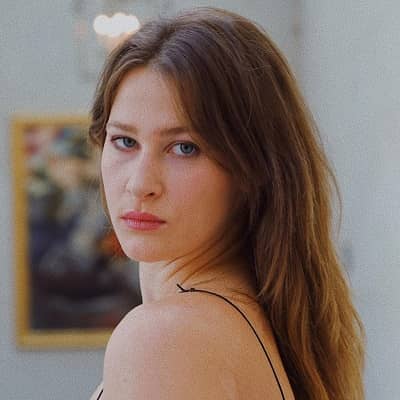 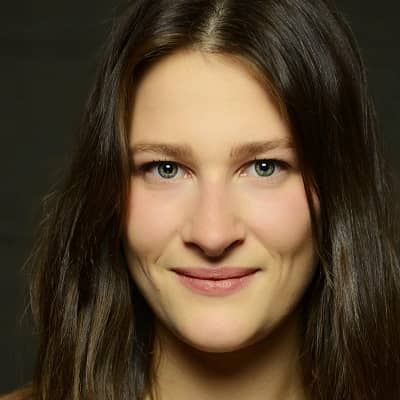 Destry Allyn Spielberg was born in the United States of America on December 1, 1996. As of now, this actress is 25 years old and is an American by nationality. Moreover, Destry has a zodiac sign of Sagittarius and her ethnicity is unknown. She is the youngest daughter of her parent’s names are  Steven Spielberg(father) and Kate Capshaw(mother). Her father is an American Academy Award-winning director and her mother is an actress.

In addition, she has 4 elder siblings whose names are  Sawyer Spielberg, Theo Spielberg, Sasha Spielberg, and Mikaela Spielberg. She also has a half-brother, Max Spielberg from her father’s past marriage, and a half-sister, Jessica Capshaw from her mother’s previous relationship. 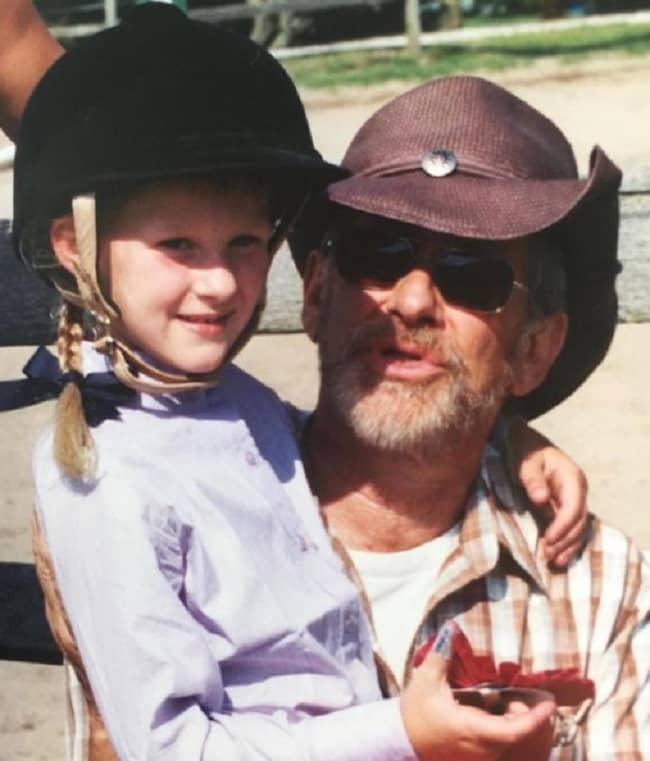 Talking about her education, she completed her graduation from a boarding school and there is no further information regarding her academic career.

Regarding her professional career, Destry Allyn Spielberg started her career as a model in 2016. She was signed to DT Model Management. In addition, she appeared in several photo shoots through the company. Besides modeling, she has appeared in various movies such as “Mass Hysteria”(2019), “Rosie”(2019), and “Know This Much Is True”(2020).

Steven Spielberg is an Academy Award-winning filmmaker, director, and producer who is best known for directing and producing some of the most popular Hollywood blockbuster movies of the late twentieth and early twenty-first century. In 1968, he first appeared in the movie was ‘Amblin’ which was a 26-minute movie. During that time, he was working as an intern at ‘Universal Studios.

He signed a contract with Universal for directing four films after impressing ‘Universal Studios with his first full-length assignment, an episode of ‘The Name of the Game’ named ‘L.A. 2017’. Steven wrote and directed ‘Close Encounters of the Third Kind’ in 1977.

In 1981, Steven directed the first Indiana Jones movie, ‘Raiders of the Lost Ark.’  In 1993, this renowned director made the transition from action films to drama with the release of Schindler’s List. In 2005, ‘War of the Worlds,’ which he directed grossed over $591 million worldwide, making him yet another box office success.

He directed the film ‘Bridge of Spies in 2015. The film is based on the Cold War-era 1960 U-2 incident, and it stars Tom Hanks in the starring role. ‘The BFG,’ a part-animated fantasy adventure film, was directed and co-produced by him in 2016 and released on 1st July 2016.

He directed the science fiction film Ready Player One (2018), based on Ernest Cline’s novel of the same name. In 2019, he directed West Side Story, a musical adaptation of the same name. It stars Ansel Elgort and Rachel Zegler, who was making her film debut, as well as Ariana DeBose, David Alvarez, Mike Faist, and Rita Moreno.

Destry has not received awards or honors till now in her profession. But, her father has collected some of them. In 1986, he earns the ‘Irving G Thalberg Memorial Award’ from the ‘Academy of Motion Picture Arts and Sciences.

He earned two Academy Awards for his work on ‘Schindler’s List’ in 1994, one for ‘Best Picture,’ and one for Best Director,’. He received an honorary degree from ‘The University of Southern California’ in 1994.

In 1999, he received the ‘Best Director Academy Award’ for the war film ‘Saving Private Ryan.’ Moreover, he earned the ‘Directors Guild of America Lifetime Achievement Award’ in 2004. In 2005, he got included in the ‘Science Fiction Hall of Fame,’. This veteran director was awarded the Presidential Medal of Freedom by President Barack Obama.

Talking Destry’s net worth is estimated at around $2 million. In addition, her father gifted her the horse named Rumba, which had won $100,000 in the 2009 International Hunter Derby Finals.

This multi-talented lady engages with her boyfriend, Genc Legrand. Genc is also an actor. Moreover, the pair dated since 2017. Dating for almost 3 years, they got engaged on 3 July 2020. In addition, they officially revealed their relationship via an Instagram post in December 2017. As far as now, this actress is not a part of controversy or rumors and focuses on her career. 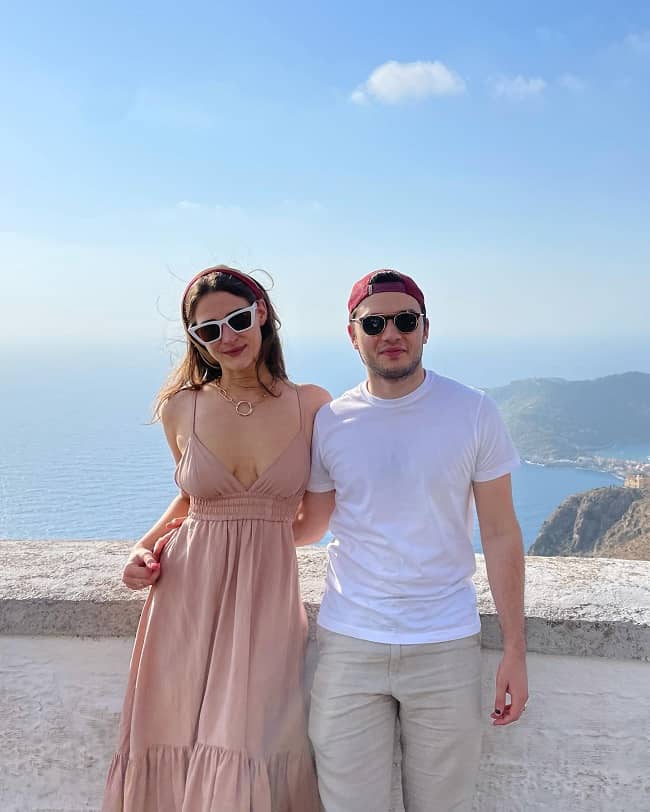 This multi-talented actress is 5 feet 7 inches tall and weighs around 68 kg. Moreover, she has brown hair with blue eyes and her body measurements measure 36-25-32 inches. Moreover, her dress size is 4 US, her bra size is 34B and her shoe size is 9 US. 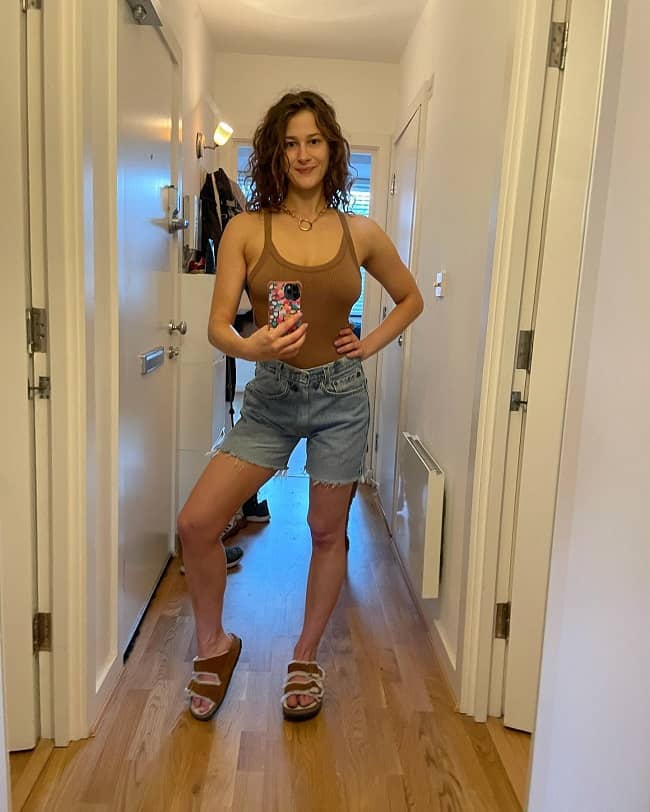