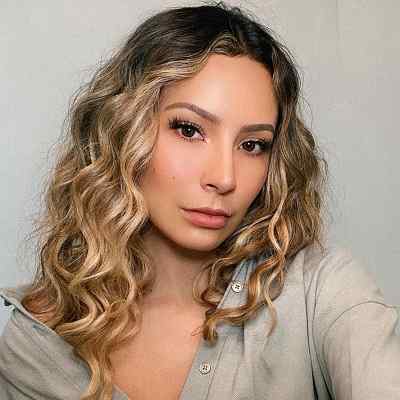 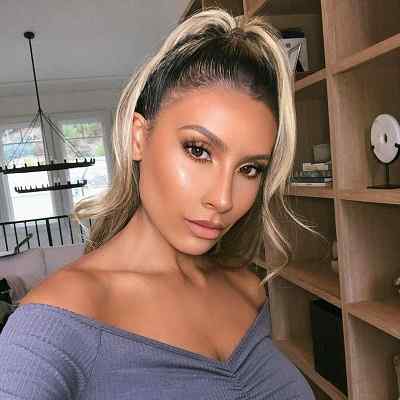 Desi Perkins is a former American freelance makeup artist. Desi Perkins became famous for her makeup and beauty video tutorials that are posted on her Youtube channel. She is also very famous on other social platforms such as Instagram. She is quite passionate about fashion. Perkins mostly focuses on uploading videos related to makeup and occasionally posts videos about hair and fashion tips.

Desi Perkins was born on March 3, 1987, in Los Angeles, California, USA. She is 35 years old and her birth sign is Pisces. She holds the American nationality and her ethnicity is Spanish-Mexican. Desi is very proud to be a Latina.

The name of her mother and father is not available on any of the social media platforms. However, she has three siblings and all of them are brothers and their names are Michael, Marquis, and Danny. Her brothers are very funny and friendly, and she loves spending time with each of them. Her older brother used to play saxophone in a band when he was a teenager.

Desi has stated that her father is her main inspiration to her. She has quoted, ” I really admire my dad. He has this gift of not stressing or worrying or basically doing any pointless action that is out of his control. One day, I want to be like my dad and never doubt myself. I’m working on it”. 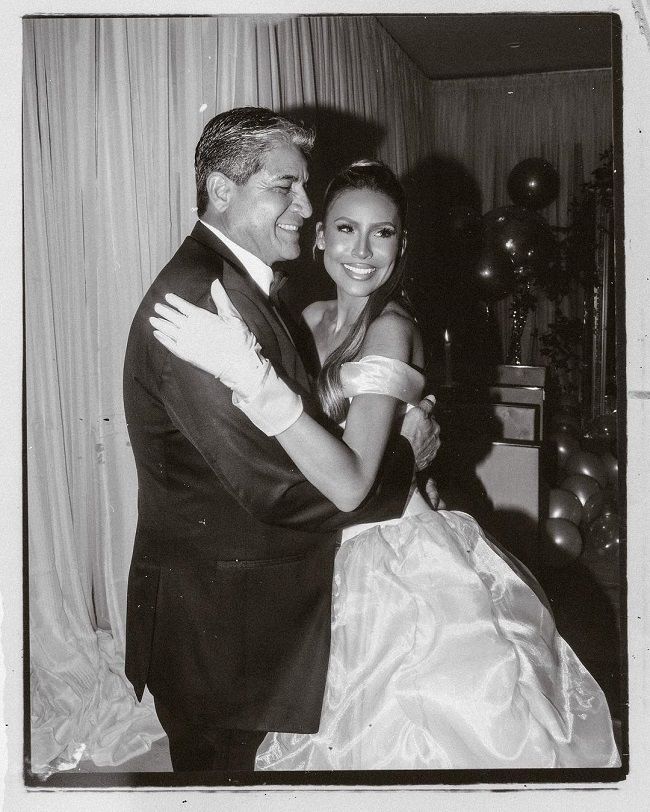 Regarding her educational background and qualification, the name of her school and university is not available until now. She used to be good at studying and has gained a college degree. Her aim was to become an elementary school teacher because she loved kids so much. However, her aim changed drastically being a Youtuber now.

Desi Perkins has been interested in drawing and in all forms of art from her childhood. And, she was always interested in fashion and makeup as well. The transition into a makeup and beauty guru came easy to her as she was a freelance makeup artist for a major part of her career. At present, she combines all her passions and gets to draw artistically on her face with the help of makeup!

At first, she made Halloween makeup for her husband. Perkins was so good at it, that people began to ask her if she was available for bookings. In spite of the fact that Desi had no practice, she answered “Yes!”, and thus started a career as a makeup artist.

Initially, she started posting her work on Instagram with the aim of trying to share all the tips and tricks that she learned about makeup. This step became a huge success for her as she started gaining millions of followers on her Instagram account. Hence, this encouraged her to keep posting about makeup on Instagram.

Later on, she joined Youtube so that she could reach a wider number of people. She created the channel on August 18, 2013, and has accumulated 244,378,581 views until now. She began to post makeup videos regularly on her channel. The first video posted on her channel was Soft Warm Sultry Eye Tutorial – Desi Perkins on August 30, 2013, and has garnered 326K views to date. Luckily, that video proved to be a huge hit and attracted many subscribers to her channel within a very short period of time.

She mainly posts videos of tutorials related to wedding makeup styles as well as party and casual makeup tips. Likewise, EYEBROW TUTORIAL is the most popular video on her Youtube channel as it has gained 16M views until now. 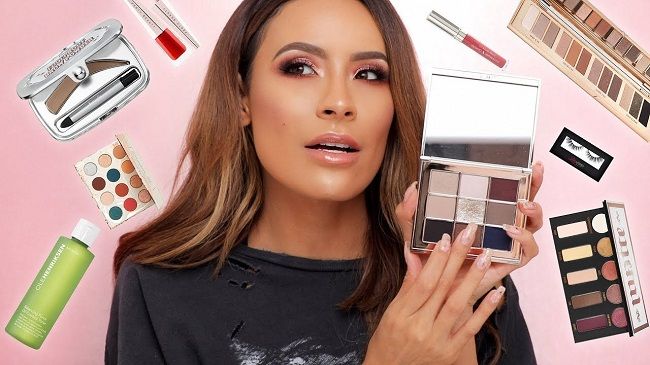 Perkins’s makeup tutorial videos are mainly inspired by famous celebrities such as many artists like Jennifer Lopez, Kim Kardashian, Kylie Jenner, and Taylor Swift. Even a mythical creature like Medusa inspired her makeup video. Desi eventually grew to become one of the beauty influencers in the industry and even some celebrities like Kim Kardashian seek her opinion and services. They both have even worked together to promote Kim’s KKW Beauty line.

They even went as far as doing a makeup video where they used their makeup products on each other. This video gave a major boost to her career as millions of people viewed it. Furthermore, her husband used to teach her quite a bit of video editing at the beginning of her career as he was a talented graphic designer. He is also a dedicated photographer and is the one who shoots all of Desi Perkin’s tutorials and photos.

Desi along with her husband Steven worked as a team for a year until she landed the lpsy.com gig, ‘Generation Beauty Conference’ in New York City. She acted as one of the brand’s stylists. The perks of this gig are a dedicated cameraman as well as a studio.

Moreover, Desi is very talented. She has been reaching new heights in lepas and bounds. She also stated in her own words, “I started posting photos on Instagram every day of my makeup looks, or makeup looks I would do on clients, just to get more freelance work, and it turned into this whole other thing. Social media turned into a job in itself.”

Perkins also owns another Youtube channel titled “The Perkins”. The channel was created on September 11, 2015, and has mustered 14,418,603 views until now. The channel only consists of videos of Desi along with her husband, Steve. They mainly post vlogs on the channel. Moreover, the channel has gained thousands of followers to date.

Desi Perkins has not received any awards until now. However, she has been to an award show called ‘People’s Choice Awards at Barker Hangar launched on November 10, 2019, in Santa Monica, California. Focusing on her job and career and the way she is gaining attention and popularity, she may get an award relating to her career in the near future.

Desi Perkins evolved into a beauty sensation through nothing other than hard work and dedication. She has posted a lot of makeup tutorial videos on her Youtube channel and Instagram, consequently earning a lot of money. Her net worth is not available. But according to Camparilist, her net worth is around $800K.

Desi Perkins got married to Steven Perkins in 2012 and took his last name afterward. Steven Perkins is a former student at Santa Ana College. He was a part of the school’s baseball team as well. He has also studied graphic design at Norco College. Steven did a one-year course in music, business, and marketing at Riverside City College.

Mr.Perkins worked for SIGELEI Technology Co. Ltd. as a graphic designer and a photographer as well. Before that, he worked as a DJ and promoter at LURE Nightclub and Ohm Nightclub, and both situated in Los Angeles, California.

Steven Perkins is very supportive of his wife’s career. He has also appeared on some of her videos on her individual Youtube channel. Apart from supporting, he is very much involved in it. Hence, we can say that he is the brain behind the technical aspect of Desi’s videos while Desi takes care of the creative side. 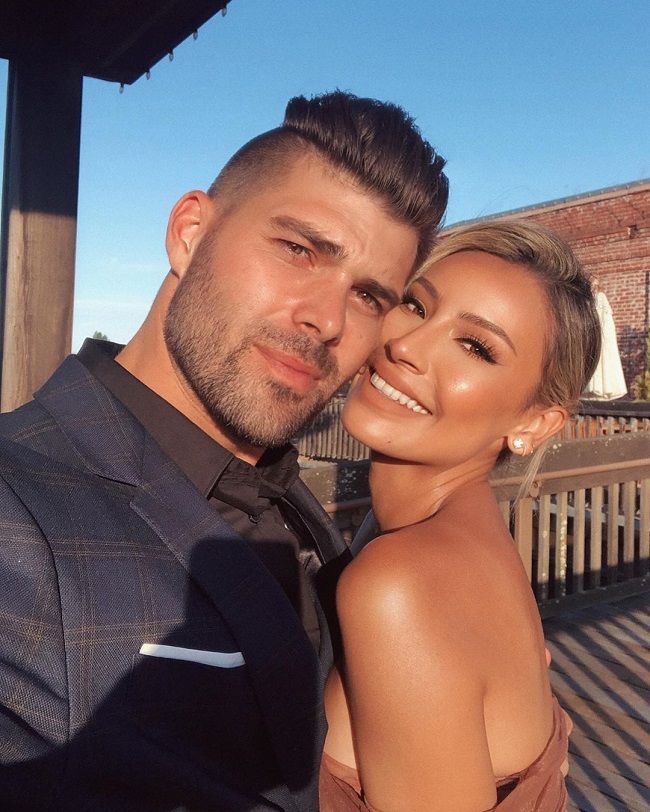 Desi Perkins has a perfect experience with a successful career and a loving husband on her side. Unfortunately, her life is still incomplete. Five years ago, Desi was once pregnant but she ended up having a miscarriage because of the tumor. Luckily, the tumor was removed from surgery.

Moreover, the doctors said that Perkins has to go through a long recovery before she can conceive a baby. It has been years since the surgery and the couple has been trying to have a baby. They have even started visiting the fertility specialist and are very hopeful to have a baby shortly. Likewise, she has even uploaded an emotional video on her Youtube channel talking about her pregnancy, miscarriage, and infertility.

Fortunately, her treatments worked well, and currently pregnant. She is expecting her first child soon.

Desi Perkins’s height is 5 feet 6 inches and her weight is 55 Kg. Similarly, her other body measurements such as chest-waist-hip sizes are 34-25-35 inches respectively. Likewise, she is a very beautiful girl and has light brown eyes. Her natural hair color is dark brown but she keeps on coloring her hair with different colors such as blonde.

Desi is pretty active on her social accounts. She has mustered 3.3M subscribers on her Youtube channel and 3.9M followers on Instagram. Similarly, she has 746.5K followers on Twitter and 95.2K followers on Facebook. Mrs.Perkins is also active on Snapchat.

In school, she used to get bullied for having a small butt. She is a big fashion lover and intends to start her own clothing line one day. She was a tomboy and liked to play football with her brothers until she turned 12. Similarly, she hates touching cotton balls. She perpetually takes caps from the bottles with her cosmetics products and then loses them.

In addition to teaching, she is also good at singing. Singing is her hobby but has never considered it as a profession, but obviously, she likes it. Her career prospered after she started uploading the makeup tutorial video featuring Kim Kardashian. Likewise, she is in good terms with KUWTK star and her sisters.