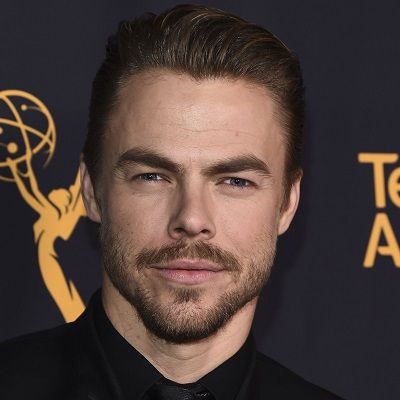 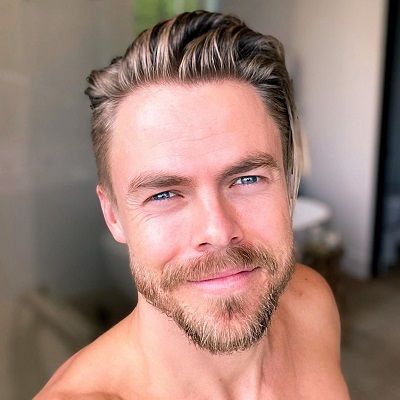 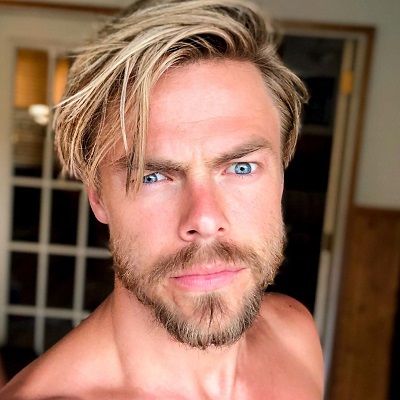 Derek Hough is a famous American professional Latin and ballroom dancer, actor, author, choreographer, and singer. Derek Hough is best known for his appearance in ABC network’s reality dance series ‘Dancing with thStarss’. He became a multi-time winner of the show.

Derek Hough was born on May 17, 1985. He is from Salt Lake City, Utah, United States. As of 2022, he is 37 years old and his zodiac sign is Taurus. His parents are Marianne and Bruce Hough, who was twice chairman of the Utah Republican Party. Moreover, he has four sisters, Sharee, Marabeth, Katherine, and Julianne. Further, his uncles are Scott Hough and Charlie Hough. He is a cousin to R5 members Riker, Rocky, Ross, and Rydel Lynch.

When Hough was 12, his divorcing parents sent him to London to live and study with dance coaches Corky and Shirley Ballas. His sister Julianne joined him after some months.  Hough has been open about being bullied as a boy in Utah. As a kid, he dreamed of a career in archeology. Moreover, Hough graduated from Italia Conti Academy of Performing Arts in Goswell Rd, London. 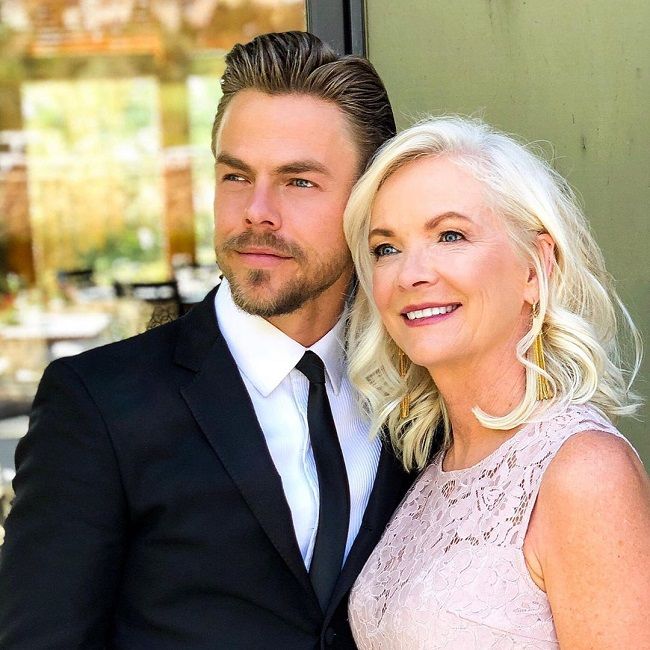 Caption: Derek Hough and his mom posing for a photo. Source: Instagram

Hough remained in London for ten years. The coaches schooled Hough along with their children at the Italia Conti Academy of Theatre Arts, where they received training in song, theater, gymnastics, and many forms of dance, including jazz, ballet, and tap.

The three children formed their pop music trio 2B1G (2 boys, 1 girl) and performed at dance competitions in the UK and the USA and showcased UK television shows. Also, he learned to play the piano, guitar, and drums. At age 18, he debuted in “Chitty Chitty Bang Bang”, and stayed with the show for the final six months of its run at the London Palladium.

He began his dancing career at the age of 22 with an appearance on BBC One’s TV show DanceX in 2007. Then, he joined the fourth season of the ABC show ‘Dancing with the Stars’ in 2007 pairing up with Jennie Garth. Derek and Jennie made it to the semi-finals finishing in fourth place. Hough was not in season 12 but came back to dance with talk-show host Ricki Lake for 2011’s season 13.

In 2012, he partnered with Maria Menounos in season 14 and Olympic gymnast Shawn Johnson in season 15. In 2013 Hough achieved another set of back-to-back wins with country star Kellie Pickler in season 16 and Glee actress Amber Riley in season 17.

Derek and Paralympian Amy Purdy impressed viewers in 2014’s season 18; later in the year, he danced with YouTube star Bethany Mota for season 19. His first partner in 2015 was gymnast Nastia Liukin for season 20; in season 21, Hough triumphed for the sixth time with his partner, conservationist, and Crocodile Hunter progeny Bindi Irwin. Hough danced with Taxi actress Marilu Henner during season 23 in 2016. 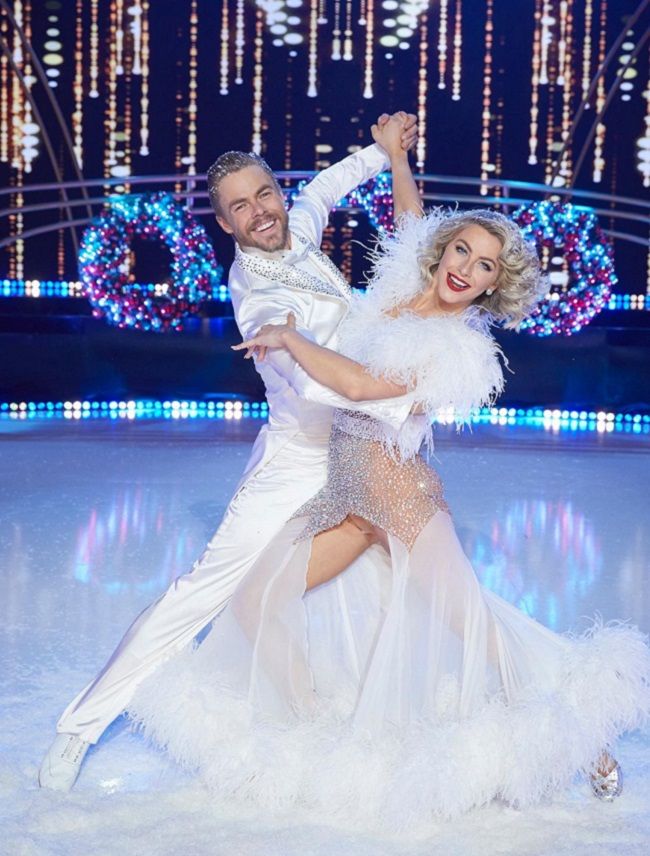 Caption: Derek Hough and her sister, Julianne Hough while dancing for ‘HOLIDAYS WITH THE HOUGHS’. Source: Instagram

Hough first embarked on his acting career in the 2001 movie, ‘Harry Potter and the Philosopher’s Stone.’ He worked in another couple of movies, ‘Rock of Ages (2012)’ and ‘Make Your Move 3D (2013). Furthermore, he has also starred in various stage productions, including the 2006 production of Footloose: The Musical at the Novello Theatre in London’s West End, as well as the 2015 New York Spectacular at Radio City Music Hall in New York City.

In 2013, he starred in Making Your Move, a South Korean-American independent dance film. Also until 2014, he held a recurring acting role on ABC’s musical drama, Nashville. Hough played the role of Corny Collins in BNC’s Live musical TV production’ Hairspray Live!’ on December 7, 2016.

Similarly, in May 2017, Derek joined the judge’s table in NBC’s new dance competition series World of Dance. He reprised his role as a judge for the second and third seasons as well. And in September 2019, he hosted an NBC special Return to DowntonAbbey: A Grand Event.

In addition to his great success as a dancer and choreographer, Hough makes music, such as when he and longtime friend Mark Ballas formed the Ballas Hough Band. Hough also directed and starred in the video for Michael Bublé’s “I Believe In You,” and danced with violinist and friend Lindsey Stirling in the video “The Arena.”

Hough’s song “Hold On” was originally inspired by a struggling friend. However, after hearing about the suicide of Linkin Park’s Chester Bennington, Hough decided to re-record the song and create a video. His goal was to bring attention to the problem of suicide, which also claimed the life of his uncle, and to encourage men to discuss their feelings.

The updated song came on November 1, 2017. A fan of the band Breaking Benjamin, Hough covered their “Ashes of Eden” after he had vocal cord surgery, and has recorded with them. Hough is also an author who has written best-selling books on Amazon.

He has won a record-breaking six seasons where he got a total of nine nominations out of which won two Primetime Emmy Awards for Outstanding Choreography for several routines that he choreographed for the show. Hough is also the winner of the WDSF World Latin Championship in 2012, Blackpool U-21 Latin title in 2003, and LA Outstanding Dancer f the Year and New York Dance Alliance Outstanding Dance awards.

Derek is not a married man. He is currently dating a DWTS dancer, Hayley Erbert since 2015. Hayley is also a professional dancer. They first met each other during DWTS stars in ‘Move Live On Tour’ in the summer of 2014 to 2015. Since then, they are happily living together and celebrated birthdays together.

The pair are often seen together at various events and occasions. The couple has announced that they would be getting married soon. Moreover, in July 2017, she accompanied Hough to the wedding of his sister Julianne and Brooks Laich. Caption: Derek Hough and his girlfriend, Hayley Erbert posing for a photo. Source: US Weekly

Derek is reported to have dated, several other girls, previously. He has dated British actress, India de Beaufort (2000 to 2008). He has also dated Shannon Elizabeth when they were on Dancing With the Stars. However, they had a year-long relationship that ended in 2009. Hough dated designer Lauren Conrad for about three months in 2011.

Derek stands tall at a decent height of 5 feet 9 inches and has a balanced weight of around 76 kg. He has a very athletic and slim body type and is a beautiful and skilled dancer. He looks young and has a charming smile. Further, Derek’s chest-waist-biceps measurements are 42-32-14.5 inches respectively. Moreover, he walks in a shoe size of 10 (US). He has a pair of pretty blue eyes and blonde hair.

Likewise, he is also active on Twitter with more than 826K followers. He has a Facebook page that has garnered over 888K followers. Similarly, his self-titled YouTube channel has amassed over 92K subscribers which he created on November 3, 2013.

Derek would pocket a great amount of money from his professional dancing and acting career. He has also added in his worth from other TV shows and Entertainment Tonight. Moreover, he owns a 3,358 square feet development property in Sherman Oaks worth $1.795 million. Derek reportedly sold his Studio City house for $1.85 million in late 2014. As of 2020, he has an estimated net worth of $8 million.