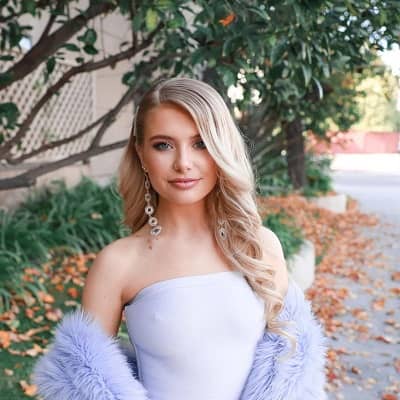 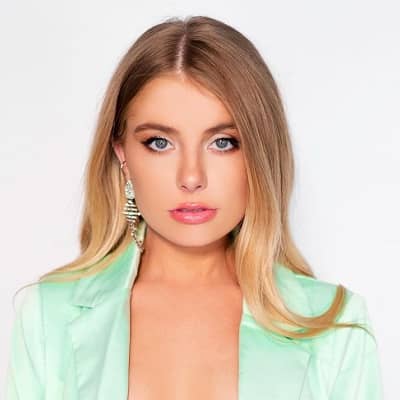 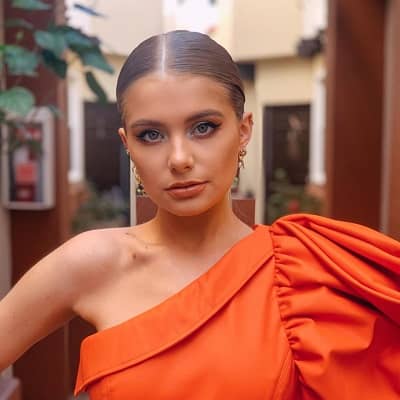 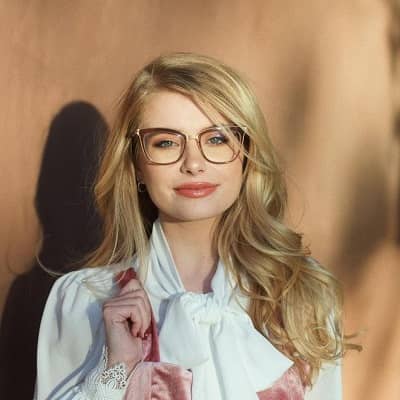 Demi Burnett is a famous American TV personality and reality star. Demi Burnett gained fame through her appearances in several reality TV shows including The Bachelor, Bachelor in Paradise, and The Bachelorette.

Demi Burnett was born on February 21, 1995, and she is currently 26 years old. She hails from Red Oak, Texas, and her zodiac sign is Pisces. Talking about her education, she graduated from Red Oak High School in the year 2013. Later on, she went on to attend Texas State University. At the university, she was a member of the Zeta Tau Alpha sorority.

Moreover, her full name is Demi Gabrielle Elizabeth Burnett. Talking about her family, her mother is Tina Jean Jordan, who has served a prison sentence for conspiracy to commit bank fraud. Other than this, there is no more information regarding her father, siblings, and other personal details. 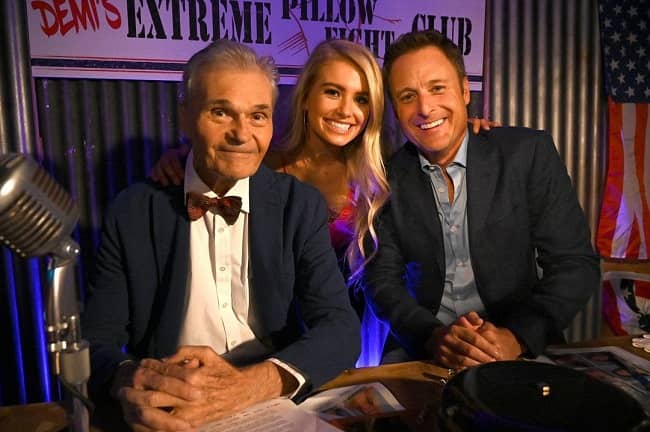 Demi Burnett is a renowned TV personality. She gained national fame when she appeared in The Bachelor Season 23 as a contestant. However, on the aforementioned TV show, Colton Underwood eliminated her. It was during the 6th week.

After the elimination, Demmi started to appear on the 6th season of Bachelor in Paradise in August 2019 and she eventually won the show. Later on, she once again appeared on The Bachelorette Season 15 as a guest star. Likewise, while she was filming The Bachelor, her mother was serving a prison sentence for conspiracy to commit bank fraud.

She and Kristian’s relationship became the franchise’s first same-sex on-air relationship. During the season finale of Bachelor in Paradise, she went on her knees for Kristian.

More Details about her career 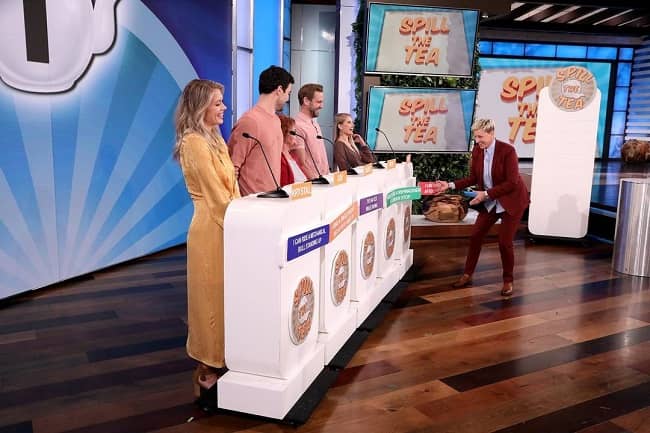 Later in September 2019, she appeared on the Ellen DeGeneres Show. On this show, she shared that she was afraid to come out not only on national TV but to people she knew in real life as well. A month later on 31 October 2019, she and Kristian ended their relationship.

Fairly recently in January 2020, she appeared on the 3rd episode of The Bachelor Season 24. She appeared in order to host a group date for the contestants who were fighting to win over bachelor Peter Weber. She has also appeared on WWE Raw.

Demi Burnett has always been frank about her sexuality, i.e. she is bisexual. She seems to be single currently. She dated Kristian Haggerty and they were the first on-screen same-sex couple on The Bachelor franchise. The lovers even got engaged on the show Bachelor in Paradise. However, they broke up in October 2019. Soon after, both she and Kristian found their other lovers. While Kristian fell in love with Taylor Blake, a Reality House star, she confirmed her relationship with musician Slater Davis.

She confirmed her romantic involvement with Slater via her Instagram in February. The lovers were even together during the coronavirus outbreak in March 2020. For the next few months, she and Slater stayed together when she moved into Slater’s family home in Calabasas, California.

Later on, when she opened out her breakup with Slater, she mentioned that moving in and living together every single day during the coronavirus isolation was probably the reason behind their mess. She revealed that spending every day together, both of them going stir-crazy and not being themselves, not doing their normal routines with someone they met only a month before is what messed up their relationship. 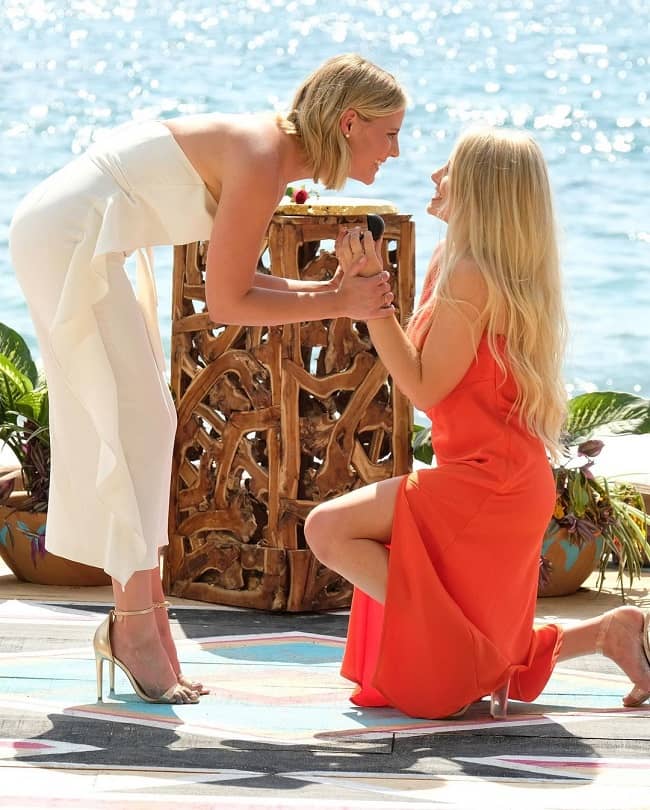 Caption: Demi Burnett going down on her knees for Kristian Haggerty on Bachelor in Paradise. Source: Instagram

Demi Burnett goes by @demi_not_lovato on Instagram. The reality star has earned over 1.2 million followers on her official account. Likewise, she joined Twitter in January 2019. So far, she has garnered more than 363.5K followers on her @demi_burnett account. Other than this, she doesn’t seem to have official accounts on other platforms like Facebook, Youtube, Tiktok, etc. Talking about her net worth and earning, she has a net worth ranging between $1 million to $5 million US dollars.