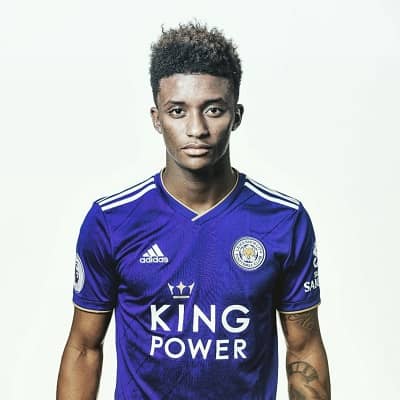 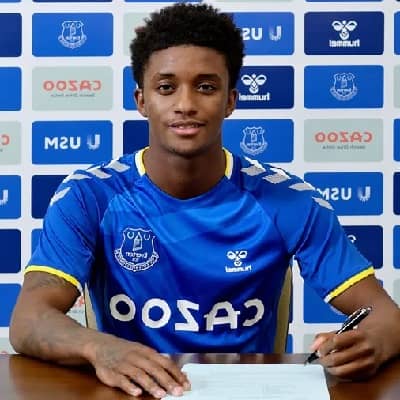 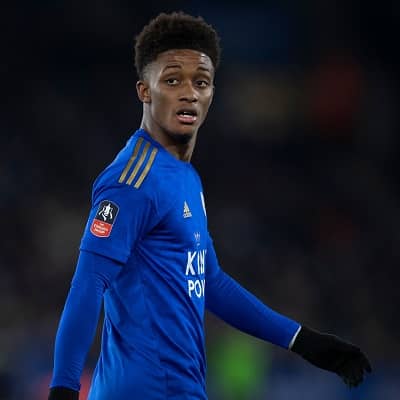 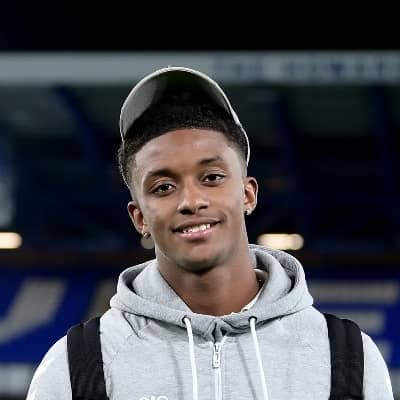 Demarai Gray was born on the 28th of June 1996, in Birmingham city in the West Midlands, England. According to his birth date, he is 26 years old and holds English nationality.

Likewise, his birth name was Demarai Remelle Gray and his ethnicity is not available on social media. According to his birth date, he has a zodiac sign of Cancer. Besides this, the football star has not shared information regarding his parents, or siblings.

Moreover, he attended Frankley High School. Besides, he has not yet shared information regarding his educational background.

Talking about his relationship status, he is currently single and not dating anyone. He is a straight-gender person. 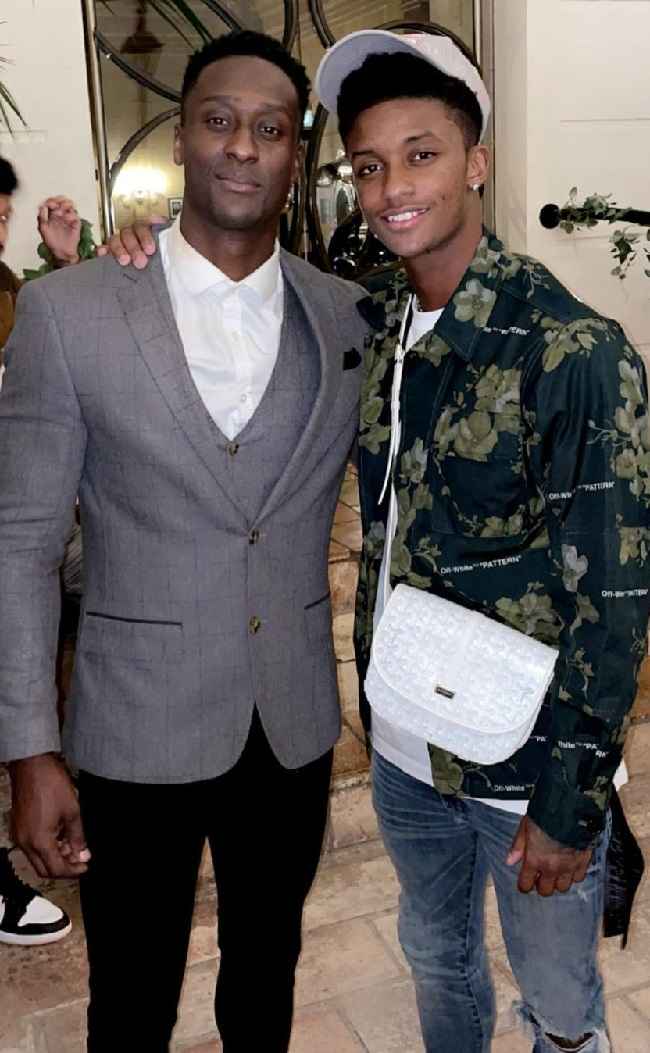 Caption: Demarai Gray posing for a photo with one of the friends Source: Instagram

Moreover, he had a one-year relationship in past with a girl. However, the detail about his ex-girlfriend is not available at the moment.

Gemarai is a famous English footballer known all over the World. Gemarai Gray started playing football when he was a teenager and he has an incredible vision of the game.

Demarai Gray is renowned for his innovative and dynamic playing style, which has raised him to the rank of one of the top players in the World.

Gray was a member of Birmingham City’s youth club and made his Football League debut there in 2013 at the age of 17 years old. In two and a half seasons, he scored 8 goals in 78 games across all leagues, including 51 starts in the Championship. 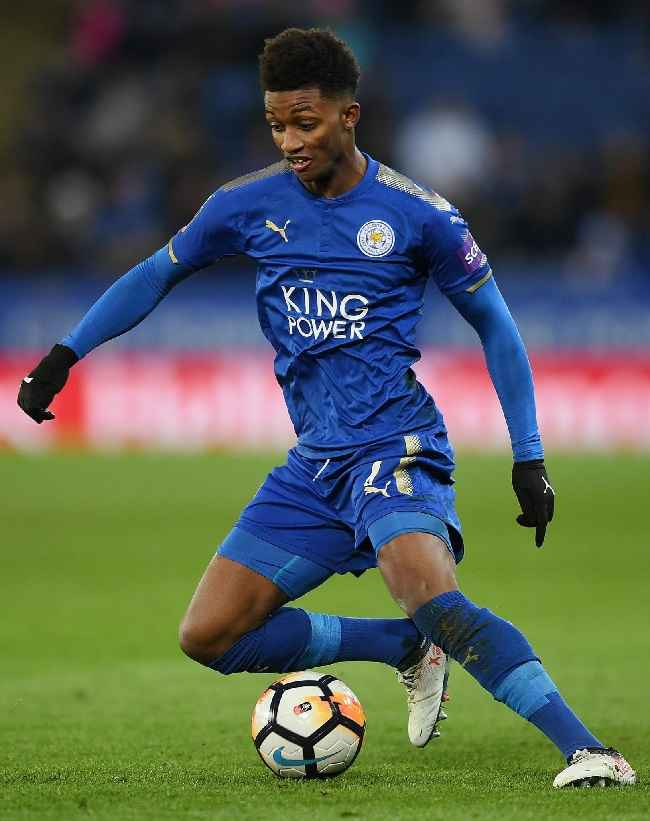 Caption: Demarai Gray playing football in his one of the match
Source: Bleacher Report

In July 2015, Gray and the team agreed to a new three-year contract after months of negotiations. Then after, Gray’s contract with Birmingham City had a release clause that Premier League club Leicester City reportedly paid £3.7 million to activate.

On January 4, 2016, he agreed to a four-and-a-half-year deal. Later, on November 3, 2018, Gray scored the winning goal against Cardiff City. At last, he joined Bayer Leverkusen in the Bundesliga in January 2021, however, in July he made a comeback to English football with Everton.

Talking about his international experience, in November 2013, Gray was invited to a training camp for the England under-18 team. On February 18, 2014, he made his debut at that level by playing the whole 4-0 friendly win over their Belgian opponents at St. George’s Park.

Similarly, Gemarai was forced to withdraw from the team for the first qualifying round of the 2015 European Under-19 Championship due to an ankle injury, but he was still able to participate in the elite phase.

For the under-20s’ initial games of the 2015–16 season, a doubleheader against the Czech Republic, he and teammate Birmingham player Reece Brown were called up. Whereas, for a friendly match against Switzerland on September 9, Gray was called up to the full England team.

Moreover, Gray was named to England’s 23-man team for the 2019 UEFA European Under-21 Championship on May 27. Likewise, Gray is capable of representing Jamaica in addition to his native England.

Where Gray was listed among English players with Jamaican heritage that Michael Ricketts, president of the Jamaican Football Federation, suggested were “in the process of acquiring their Jamaican passport” in a tv interview in March 2021 as part of the nation’s strategy to enhance their chances of qualifying for the 2022 World Cup.

At the moment, this football player has won major awards or honors in his football career. English winger who was nominated as the 2013–14 Birmingham City Academy player of the season and was included in FourTwoFour shortlist of the Top 10 Football League Stars of Tomorrow.

He along with his team has won Premier League (2015-16) which was organized in Leicester City. He also has won several individual awards like Player of the Season (2013-14) at Birmingham City Academy.

Gemarai Gray is a very hard-working football player and has earned a decent amount of money throughout his career. His net worth is $13.9 million as of 2022. Likewise, his annual salary is $3.3 million.

Despite, being a renowned footballer, he hasn’t been endorsed by any brands till now. Hope this footballer will be involved in some of the brand endorsements in the coming future.

FAMILY FOOTIE A scary raid at Demarai Gray’s home resulted in threats made with weapons against his naked girlfriend and a newborn child, the court was told.

The famous football player has a tall height of 5 feet 10 inches and a weight of 66kg. However, there is no more information about his body measurements, dress size, shoe size, and so on. But the player has a pair of dark brown eyes with black colored hair. 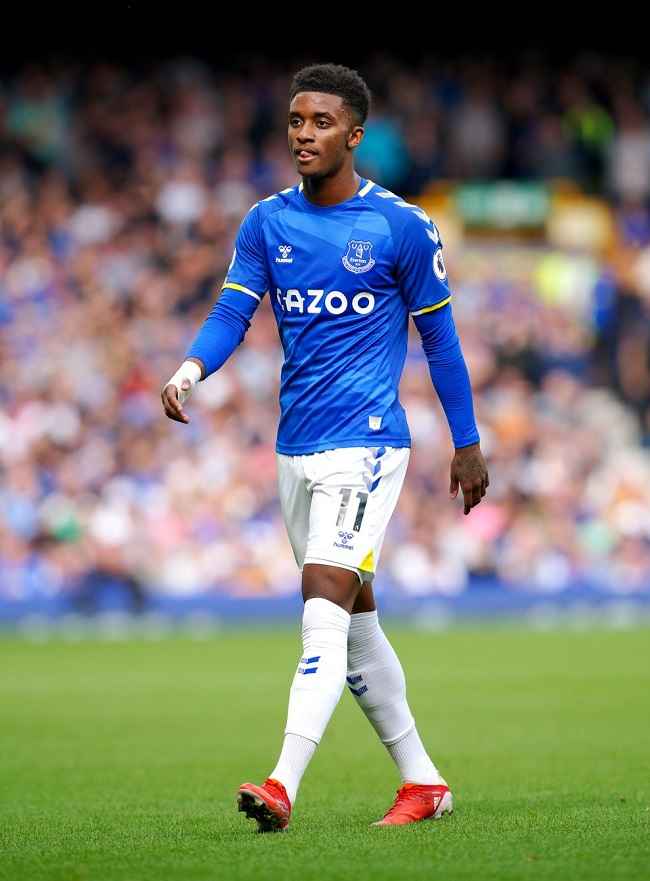 Caption: Demarai Gray was captured on the ground while playing a match
Source: BodyNewsChain

Moving to his social media presence, he is active on Instagram under the user name @demarai with more than 288K and 43 posts. Likewise, he has Twitter handle [email protected] where he has more than 75K followers and 406 tweets. Similarly, he is also active on Facebook with more than 1.3K friends.