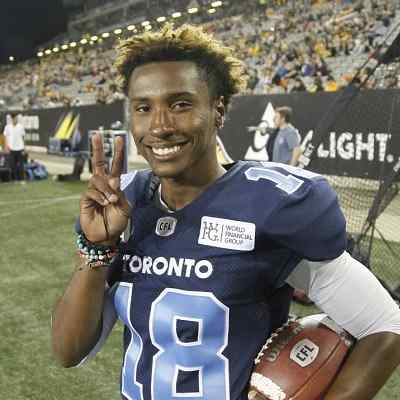 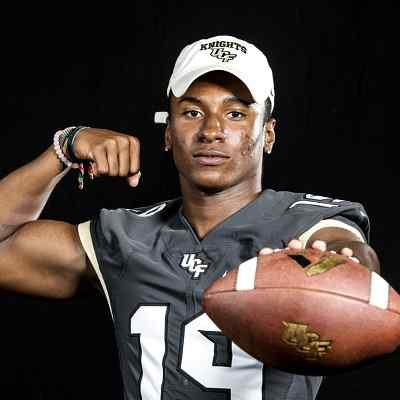 Deestroying (Donald Haye) is an American kicker for the University of Central Florida football team whose name is “Donald De La Haye”. Deestroying was told in June 2017 that he could only keep playing for the team if he shut down his YouTube channel. He even fought back with a video called “Quit College Sports or Quit YouTube”. and the video caused controversy in the college football community.

Deestroying (Donald Haye) was born in Costa Rica, USA, on December 2, 1996. He is under the astrological sign Sagittarius and he is 25 years old. He holds American nationality. Likewise, his full name is Donald De La Haye.

His father’s name is Donald De La Haye and his mother’s name is Sheron De La Haye. Likewise, he has a sister and her name is Tica. Other than this, no information is available. Also, it seems as if Donald likes to keep his personal and family life private. And away from the limelight and the social world. That might be the reason why he barely talks about his family on social platforms and the media as well. Moreover, De La Haye immigrated with his family from Costa Rica to the United States. They moved when he was of age seven, spending the rest of his youth in Port St. Lucie, Florida.

Regarding Donald’s educational background and qualification, he attended the University of Central Florida. He also played for the football team at the university as their kickoff specialist from the year 2015 to 2016. And, he was a marketing major at UCF. 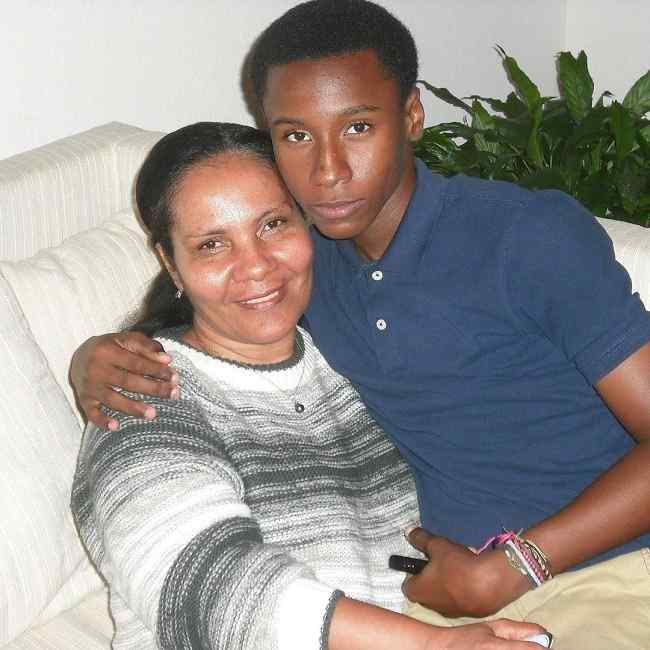 Caption: Deestroying (Donald Haye) along with his mother (Source: Instagram)

Deestroying drew notable attention when the NCAA told him to delete or demonetize his YouTube Channel in order to stay on the football team in the year 2017. Because the NCAA forbids its athletes from profiting off their athletic ability aside from their scholarships. Likewise, he was also not allowed to have his likeness or name in any of his videos if he decided to continue the channel. However, Donald was faced with this dilemma. But he ultimately chose to continue his channel normally, at the cost of his scholarship and NCAA eligibility. Also, he later sued UCF over this matter in July 2018, settling in November 2018 to finish his education there.

Likewise, Donald’s case has been one of several incidents in which NCAA athletes are barred from profiting off their names, images, and likenesses. And, legislation has since been issued in a few states, including California and De La Haye’s home state of Florida, in an attempt to allow student-athletes to profit while in school.

Moreover, while kicked off the UCF football team, Donald De La Haye put more focus on his Youtube channel, which he started as a teenager in the year 2015. And, evolving from skits on football stereotypes and kicker trick shot videos, the channel has also featured gaming videos, skits impersonating National Football League players such as Odell Beckham Jr., Tom Brady, and JuJu Smith-Schuster, actual collaborations with players such as Smith-Schuster, Marquette King, Cam Newton, Antonio Brown, and Tyreek Hill and partnerships with the NFL and other sports organizations to create content. 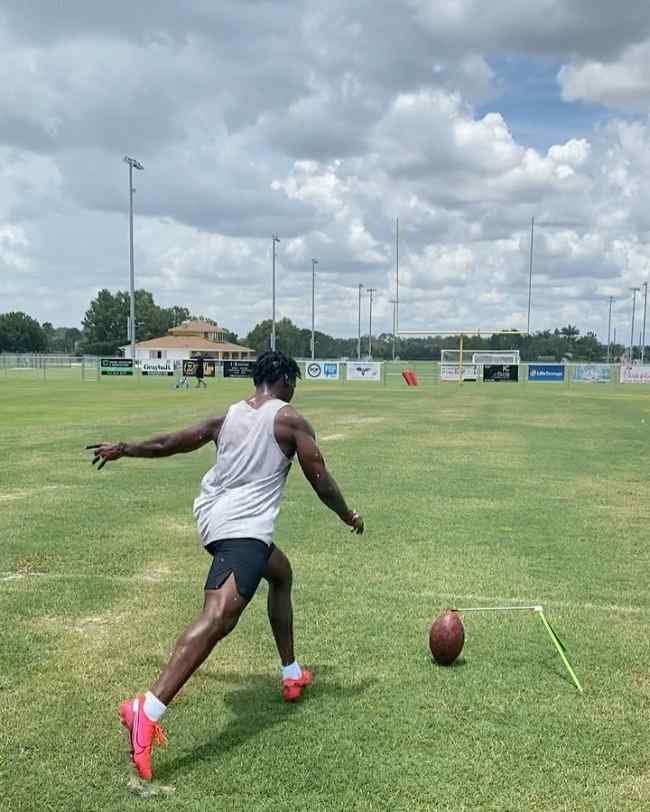 Donald De La Haye has also collaborated with other YouTube personalities such as Logan Paul. He even competed in the latter’s “Challenger Games” in July 2019. Likewise, after years of advocating for an NFL team to sign him through his videos, he was signed by the Toronto Argonauts of the Canadian Football League on May 19, 2019. And, the signing resulted in over 15,000 new followers on the Argonauts’ official Instagram account.

Donald also appeared in both preseason games, making his one field goal attempt from a distance of 16 yards, and recording one punt for 46 yards. Moreover, he was signed to the practice roster to begin the season. However, due to limits on American players allowed on the roster, the Argonauts later placed Donald on the Suspended list in order to allow him to be free of team obligations and continue to upload videos consistently, which generates more income than being on the practice squad.

Furthermore, one of Donald’s idols is NFL kicker Matt Prater. And, his first Instagram post was a photo of himself sitting on a couch in April 2012. Likewise, his YouTube channel under the name Deestroying often pokes fun at the sport of football itself.

Deestroying is in a relationship with Kiana Wudte. Kiana is also a Youtube and social media personality. The couple has shared pictures with each other on their respective social accounts. They also post cute and adorable pictures. Likewise, they have featured each other on their Youtube videos as well. Also, the duo is much loved and appreciated by their fans. 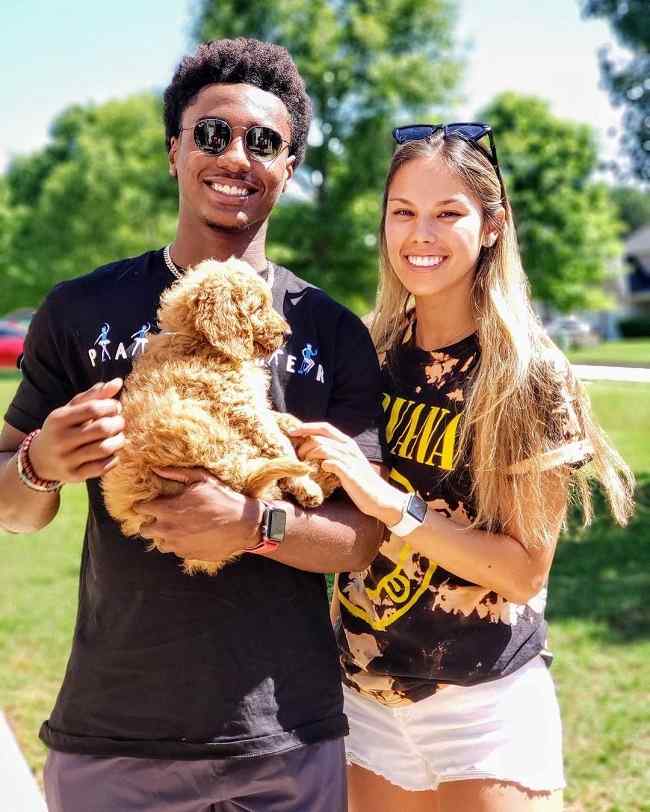 Donald has a height of 5 feet 10 inch and his weight is 78 kg. However, his other body measurements such as his chest size, waist size, and hip size, and bicep size, are unknown as of now. And all these measurements of him are still under review. Moreover, Donald has black hair and dark brown eyes.

Talking about his earnings and income, according to naiibuzz, Donald has a net worth of $1.2 million. And his main income source is Youtube.