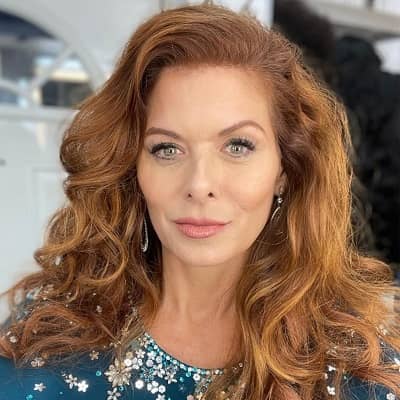 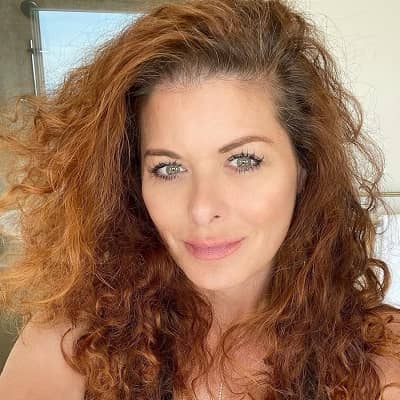 Debra Messing was born in Brooklyn, New York, the United States on August 15, 1968. She was born under the zodiac sign Leo and she is currently 53 years old as of 2021. Her mother Sandra was a professional singer, banker, and travel and real estate agent. Brian Messing her father worked as a sales executive for a costume jewelry packaging manufacturer.

Moreover, her real birth name is Debra Lynn Messing. She holds American nationality, follows the Jewish religion, and her ancestors emigrated from Poland and Russia. Later, her parents moved to East Greenwich, Rhode Island at the age of three. Moreover, she has an older brother named Brett Messing. However, she has not revealed any information about her early childhood days besides her parents and sibling identity. 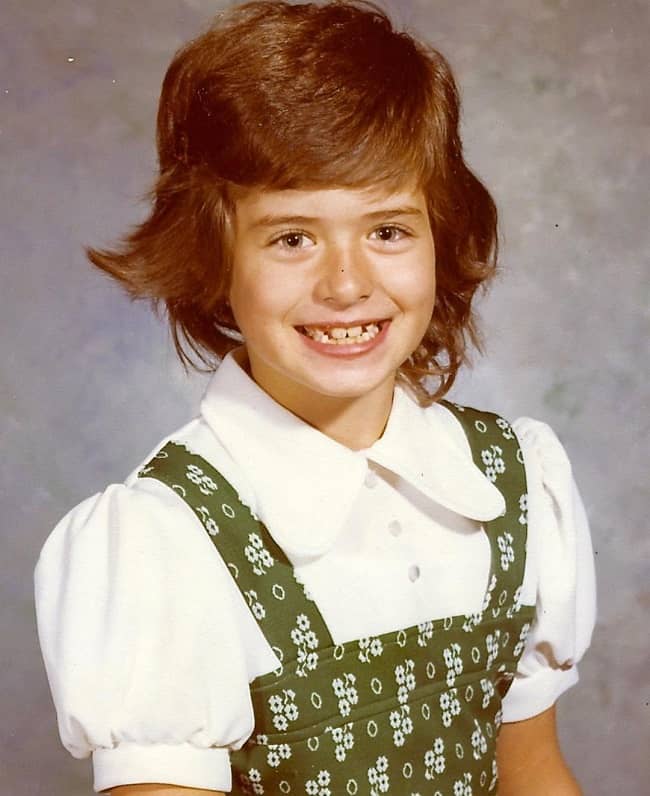 Likewise, she studied at East Greenwich High School and acted and sang in a number of high school productions. Moreover, she also acted in the musicals Annie and Grease while studying at high school. After that, she enrolled at Brandeis University due to her parents’ request.

Later, she studied theater at the prestigious British European Studies Group of London (BESDGL) program during her junior year. She graduated with a Bachelor of Arts in Theater Arts from Brandeis in 1990 and gained admission to the elite Grad Acting Program at New York University’s Tisch School of the Arts. After three years, she graduated with a Master of Fine Arts from New York University.

Debra Messing developed an interest since her high school days and also acted in several plays while studying. She appeared as Harper in the pre-Broadway workshop production’s play Angels in America Perestroika in 1993. After that, she appeared as the sister of the main character in “NYPD Blue” in 1994 where she portrayed the role of a sly, cunning girl with precision.

Later, she gained an opportunity to act in the film “A Walk in the Clouds” released in 1995. Moreover, she played the wife of a World War 2 veteran played by Keanu Reeves in the film. After that, she appeared in the major role in the Fox Network’s sitcom “Ned & Stacey”. Furthermore, she gained positive reviews and received praises for her role in the sitcom which ran for two successful seasons. 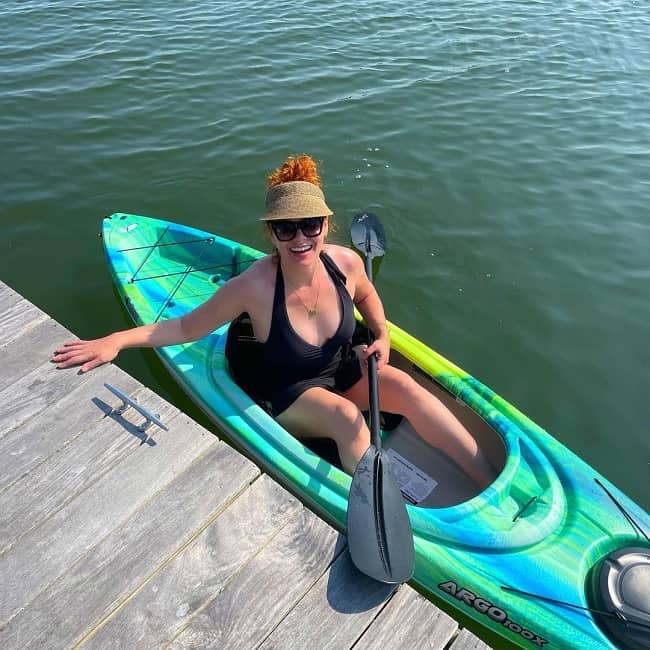 She later appeared in a minor role in the most successful sitcom of that time “Seinfield” in 1996. Moreover, she appeared as the date of Jerry Seinfeld in two episodes but turned down the role after playing similar roles. In 1998, she received her big break in the science fiction thriller series “Prey” in which she portrayed the major part of Sloan, a scientist.

However, the series was taken off air after a season but later developed a cult following. She appeared as a Grace in her biggest breakthrough in the form of “Will & Grace” which aired in 1998. At first, she thought of rejecting the show as she wanted to take a break and was under the impression that the role wasn’t interesting enough after the producers first approached her with the role of Grace.

However, she ended up doing it and portrayed the role of a heterosexual woman who shares an apartment with a gay man. Additionally, the show “Will & Grace” became one of the most-watched series in its first run and critics loved her role as Grace. She went on to win the TV Guide Award for Best Actress in 2001, a few Emmy Awards, and a Golden Globe nomination for her work as Grace in the series.

She signed with the filmmaker Woody Allen for a small role in the 1998 film “Celebrity” and gained huge attention. After that, Woody again offered her an important role in the 2002 film “Hollywood Ending”. Later, she revealed that she screamed out loud after bagging the role and was the biggest surprise of her life. She appeared in the series “The Starter Wife” in 2007 and struck gold in its first season.

Moreover, she won many Emmy awards and gained recognization as a highly successful and talented actress. She ranked at the 22nd spot in the TV Guide Network’s “Funniest Women on TV” list in July 2011. After that, she appeared on the two successful seasons of the series titled “Smash” in the same year. Later, she went to play a key role in the series “Like Sunday, Like Rain” with Billie Joe Armstrong in 2014.

She also appeared on the police procedural series titled “The Mysteries of Laura” in the same year and became a moderate success. Additionally, she appeared on the remake of the 1987 movie with the same title “Dirty Dancing” in 2017. Later, she again appeared as Grace Adler in the revival of “Will & Grace” from September 2017 to April 2020.

Achievements and Net  Worth

Likewise, she has garnered a huge amount of money as an actress. According to online sources, she has an estimated net worth of $20 million US dollars from acting in several television series and films.

Debra Messing met an actor and screenwriter Daniel Zelman at New York University in 1990. After that, the couple started dating each other for a long time and married on September 3, 2000. She went to live with her husband in Manhattan and they have a son named Roman born on April 7, 2004.

However, the couple separated in December 2011 after 11 years of marriage. After that, she started dating her Smash co-star Will Chase from the end of 2011 to October 2014. 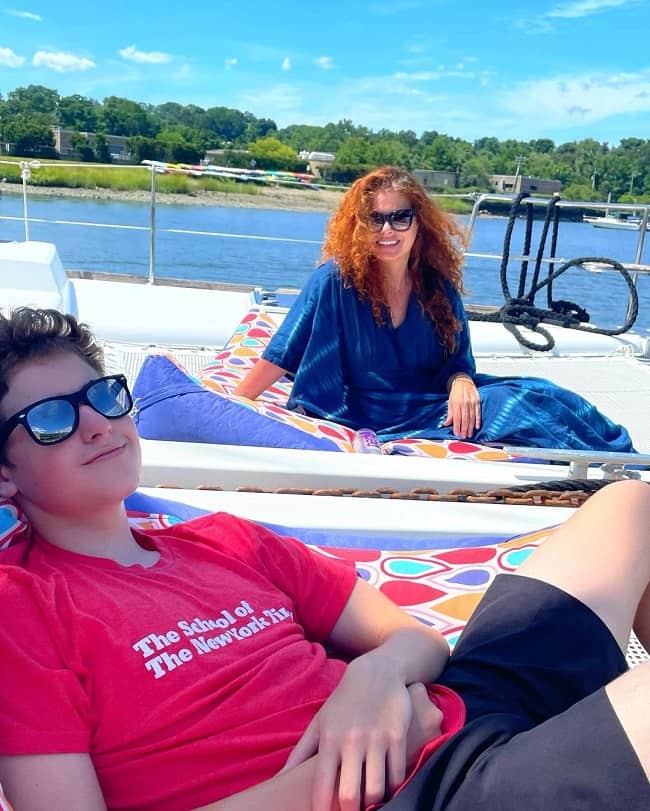 Debra Messing has dark brown hair and hazel eyes. She has a slim body type with a height of 5 feet 7 inches and a weight of 60 Kg. Moreover, her bra size is 34A and her body measurements are 35-25-35.