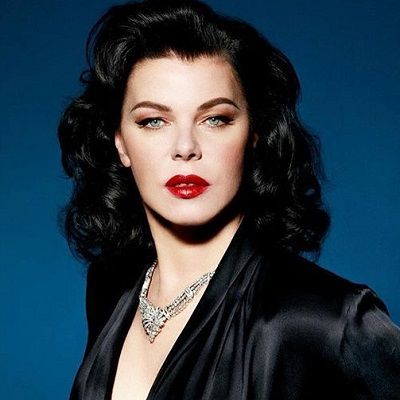 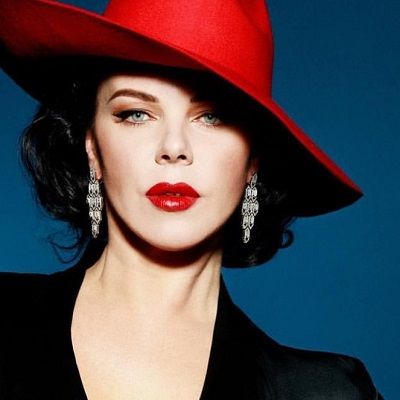 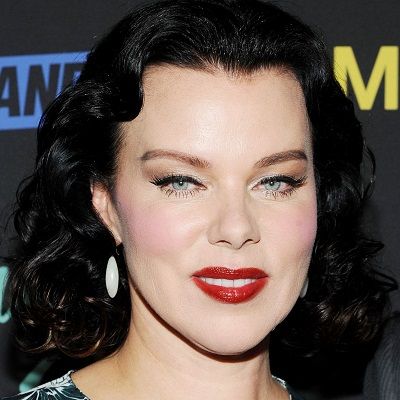 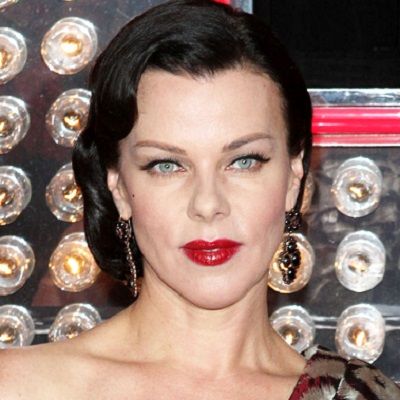 Debi Mazar is a famous American actress and television personality. Debi Mazar is best known for playing ‘sharp-tongued women’. Moreover, she was well-known for her role as press agent Shauna Roberts on the hit HBO television series Entourage.

The gorgeous, 55-year-old actress took to Instagram on Saturday to announce the news, as well as to assure fans that she’s alright. “I have just tested positive for Covid-19. I AM OK!” Debi Mazar wrote alongside a picture of herself. “About a month ago my entire home (husband and two teen daughters) got an odd bug-Low grade fever, headaches, sore throat, body aches, ears ringing and a dry cough. It cleared up quickly.”

Mazar said she believed the illness to be seasonal, but it felt “different.” “Two weeks later, March 15th, I woke up with all those same symptoms but super intense body aches, and 102.4 fever. Did I figure maybe I got the flu or..Corona?” she wrote. “I had had cocktails the evening prior and smoked a few cigarettes. I figured I had jacked my immune system from having a fun night with friends.”

Despite phoning a friend in the medical field, the “Younger” star detailed the difficulties she experienced in trying to get tested for the virus, explaining that she’d been denied a test because she hadn’t gone out of the country and didn’t have contact with anyone that had tested positive. 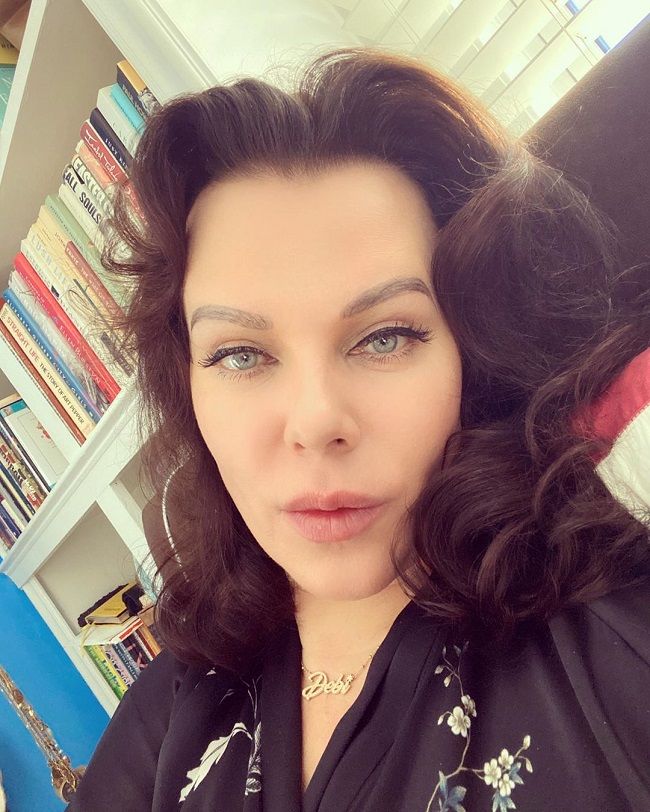 “I found this kind of a CRAZY criteria for a NY’er as I had taken the subway, gone to the theater, the grocery store, the pharmacy, hair salon, etc. I was the Mom who was trying to prepare the home and get supplies & bleach wipes, dry goods, extra food etc,” she explained. “Because we have Italian family in Italy and we follow the news closely, my biggest panic was why were they not closing schools in NYC & forbidding movement outside the home without permission, like China and all of Europe?”

Mazar announced she eventually managed to get her hands on a test after two days of exhibiting symptoms. “A friend told me that CityMD/Urgent Care in my neighborhood had test kits, which appealed to me as I wanted to stay away from the hospital. I went on 3/17,” she continued in the lengthy post. “First I was tested for the flu-which was negative. Then they tested me for Covid-19. I was sent home and told to quarantine myself until I had results, which would take 3-7 days (in S.Korea it takes two hours)”

Mazar stated she received the results on Saturday, March 21. “I’m hoping I’ve been through the worst of it already. Its very ‘morphy,'” she said. “One day I feel crappy and the next I’m normal. Today my lungs are heavy, but I’m tough. I can breathe, and I’m going to heal her, in my own home!” Mazar stated that her family is under quarantine for the next two weeks.

“They have no symptoms,” Mazar revealed. I think we all had it possibly already? Who knows. Anyhow, stay home people! Protect yourselves & your loved ones. Build up your immune systems. Good Luck&God Bless us all!”

Debi Mazar was born Deborah Anne Mazar Corcos, on August 13, 1964, in Jamaica, Queens, New York City, USA. She is 56 years old and her zodiac sign is Leo. Her father’s name is Harry Mazar and his mother’s name is Nancy Mazar. She had no knowledge of her father’s ancestry until her twenties. Her parents canceled their marriage shortly after she was born, and she spent her early life in the country in upstate New York with her mother. And as a teenager, she relocated to Long Island, where she lived with her godparents.

Further, he sold jewelry at ‘Fiorucci’ and later worked as a dental assistant. She further worked at the ‘Mudd Club’ before she became an actor. She was hired to cut artist Andy Warhol’s wig. He also worked at the four-floor nightclub named ‘Danceteria’ in New York City, where she met Madonna and eventually got the opportunity to appear in her music videos. 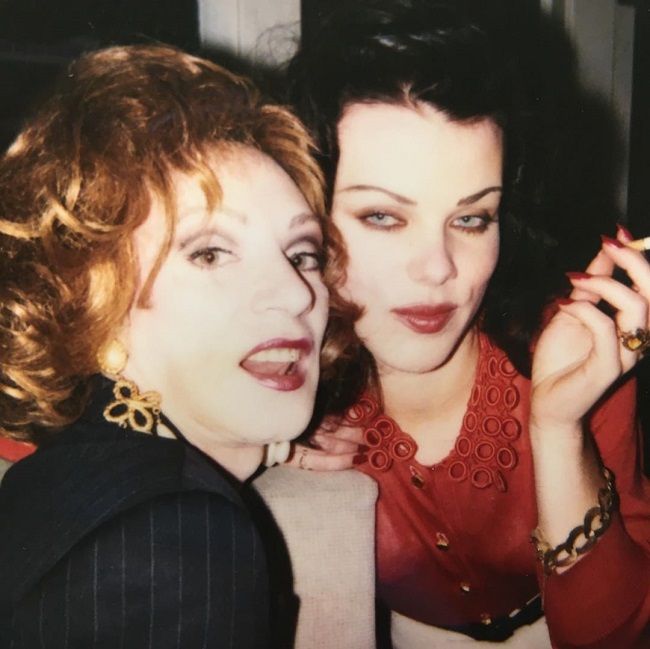 Debi forayed into the entertainment industry in 1981, with a brief role in ‘Downtown 81,’ which, however, released in 2000. Singer Madonna hired her as her makeup artist for the music video of ‘Everybody’ in 1982. She also did the hair and makeup for the play ‘Speed-the-Plow.’

The film took place with the supporting role of ‘Sandy’ in the 1990 crime film ‘Goodfellas.’ She then starred as ‘Gina’ in the 1991 family drama ‘Little Man Tate.’ She played ‘Daphne,’ a friend of the titular character (played by Steve Antin) in the 1992 independent film ‘Inside Monkey Zetterland.’

She was cast to play the character ‘Two-Face’s “bad” assistant, ‘Spice,’ in the 1995 superhero film ‘Batman Forever.’ She starred as ‘Darcy’ in the comedy-drama ‘Red Ribbon Blues’ and as ‘Cindy,’ a waitress, in the American–British–Irish comic science-fiction ‘Space Truckers,’ both released in 1996. In 1997, she was seen in the lead role of ‘Deb DeAngelo,’ a young woman desperately looking for a luxurious but not-so-expensive New York City apartment, in the ‘CBS’ sitcom ‘Temporarily Yours.’

The especially low ratings of the ‘NBC’ sitcom ‘Working’ made the channel cancel the show. The creators then replaced a couple of characters from the show and cast ‘Debi’ in the regular role of the ruthless ‘Liz Tricoli’ (1998–1999) in the show’s second season. Moreover, she played ‘Sandy Gallo,’ producer of the titular character (played by Rodney Dangerfield), in the 1997 comedy film ‘Meet Wally Sparks.’

She voiced ‘Barbara “Babs” Brando,’ one of the lead characters in the ‘MTV’ adult animated sitcom ‘Good Vibes’ (2011). She appeared in 12 episodes of the series. From January 2011 to 2015, she appeared in the ‘Cooking Channel’ cooking reality show ‘Extra Virgin,’ along with her husband and two daughters. The show showcased their lives and favorite recipes.

Moreover, the 2012 ‘ABC Family’ movie ‘Home Alone: The Holiday Heist’ featured Debi as ‘Jessica,’ a charismatic leather-clad antagonist. She portrayed Gloria Swanson, a prominent Hollywood star of the silent era, in the 2013 black-and-white silent film ‘Return to Babylon.’ On August 6, 2017, she appeared in the next season of the ‘ABC’ game show ‘The $100,000 Pyramid.’ She and her partner found all the seven clues in just 15 seconds, to which host Michael Strahan commented that they were the fastest on the show.

She described yesteryear actor and singer Ava Gardner in eight episodes (2018) of the Spanish period comedy-drama ‘Arde Madrid.’ She and her husband hosted a web show named ‘Under the Tuscan Gun,’ featuring various recipes from Tuscany. The two began hosting ‘Extra Virgin’ on January 19, 2011, and then in 2014, they guest-appeared in an episode of the ‘ABC’ talk show ‘The Chew’ to promote their show ‘Extra Virgin.’ That year, they released a cookbook titled ‘Recipes & Love from Our Tuscan Kitchen.’

She began dating actor Paul Reubens in 1993. Paul later acknowledged her efforts in helping him in his struggle with depression caused due to his infamous arrest in 1991. Unfortunately, the two split later. Debi got married to Italian celebrity cook, entrepreneur, and TV personality Gabriele Corcos on March 16, 2002, while Ellen Burstyn officiated the wedding. They have two daughters, Giulia Isabel Corcos (2002) and Evelina Maria Corcos (2006).

She and her family previously lived in Los Angeles. But in 2009, they moved to Brooklyn, New York. They own a cafe/restaurant called ‘Tuscan Gun’ in Brooklyn. She is a great dog lover and has had several dogs. Including Delores, who prominently featured in the first season of ‘Extra Virgin.’ Sadly, Delores died in 2011. 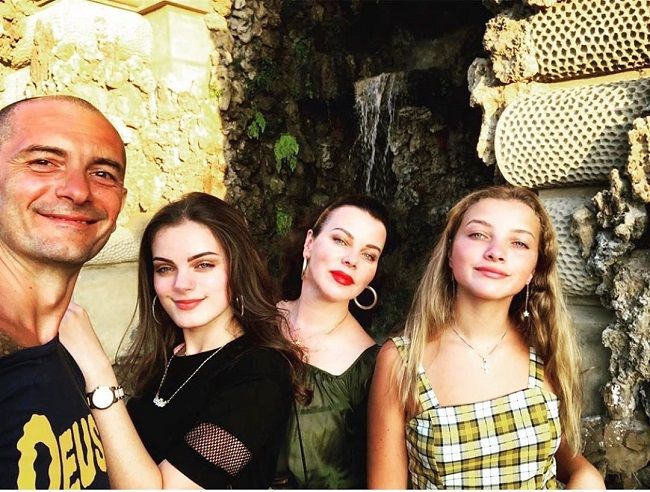 Caption: Debi Mazar clicking a photo with her husband and daughters. Source: Instagram

She loves collecting furniture and jewelry. She enjoys photography. She owns a farm in Italy. Moreover, she and her family divide their time between Brooklyn and their 15th-century house in Italy, which was gifted as a wedding present by her in-laws. Before she became a star, she was a beautician. Moreover, she was a hip-hop breakdancer in the early 1980s as evidenced in Graffiti Rock (1984).

Beautiful Debi Mazar has an amazing personality. She has a height of 5 feet 5 inches and weighs around 55 Kgs. She has a slim body type. Her chest-waist-hip measurements are 34-26-35 inches respectively. Moreover, she wears a shoe size of 8 (US) and a dress size of 4 (US). She is one of the prettiest women having a pair of gray eyes and dark brown hair.

She has quite a great earning throughout her professional career as an actress. Being in the entertainment industry for more than 30 years now, she has managed to earn a fortune worth millions through her several movies and TV series. However, her estimated net worth is around $7.5 million. She also makes money from her endorsement deals.