Debbie Wahlberg is one of the siblings of Mark Wahlberg and she came into fame for reasons that hurt the Wahlberg family. The entire family was a popular one, mostly for their reality TV show called The Wahlburgers. The family was the reason behind the tons of impact on the entertainment industry and Mark was making most of the headlines.

Debbie Wahlberg was born on July 8, 1960, in Dorchester Street, Boston, MA. She was American by nationality and had mixed ethnicity which included Irish, Swedish, English, French-Canadian, and Scottish. Similarly, she followed Christianity as her religion and had the Cancer zodiac sign. Moreover, she was born as Deborah Ellen Wahlberg to parents Donald Wahlberg who was a delivery diver, and Alma Wahlberg who was a bank clerk. Her mother also worked as a nursing aide to support the family.

Looking more into her family, Donald, her father began as an actor who became famous for the movie Southie. He has also served in the army during the Korean War. In addition, Debbie grew up with her eight siblings, Robert Wahlberg, Tracey Wahlberg, Michelle Wahlberg, Arthur Wahlberg, Mark Wahlberg, Paul Wahlberg, Jim Wahlberg, and Donald Wahlberg. While growing up, Debbie’s parents separated and as a result, she has to share her time between two parents. Debbie was also a loved member of the family and still remains an enormous part of their life. 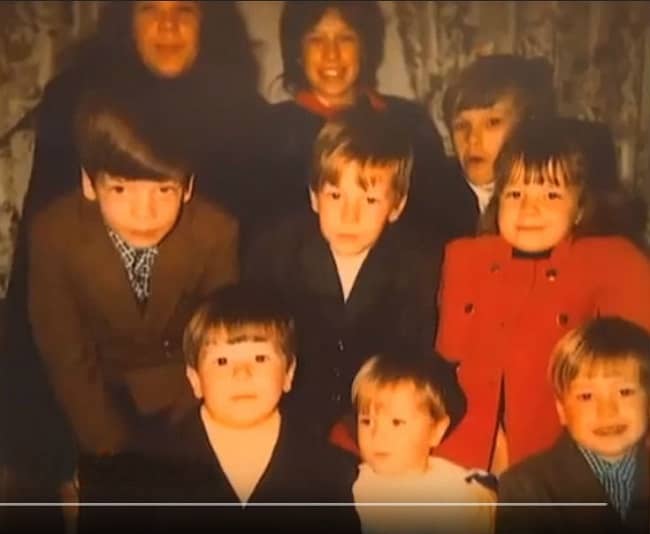 Debbie died on the 2nd of September, 2003 at the age of just forty-three years. While it began as a gorgeous day after Mark welcomed his first child, his sister lost her life and it became more impactful for him especially. Mark describes it as the best and worst day of his life after he heard the news of Debbie’s death after the birth of his child Ella Rae. According to some sources, it is found that Debbie was getting a kidney stone treatment in Boston. She, however, has a heart attack after a septic shock which led to an infection in her bloodstream. Her death still is very painful for the Wahlbergs after all this year as well.

Debbie Wahlberg’s demise was a shock to the whole family, especially for her mother, Alma, who fell into depression and lost her identity while dealing with grief. “It was completely devasting”,- simply said, Mark. “My mom really went into a big, deep depression after my sister passed away. It was the same day my daughter (Ella) was born, and she’ll be16 on September 2, so it was a long time ago, but no parent should have to lose a child. Because of Mark and his brother Donnie’s success, Alma stopped being herself and became Mark & Donnie’s mother.

It was a destructive period for her, losing herself day by day. However, the brothers accepted the television show ‘Wahlburgers’ helped her out, and the whole family find themselves and deal with grief. Talking to Hollywoodlife in 2019, the Transformers star told it was more than just a show, a business, and a success. The television show amazingly brought the family together and permitted Alma Wahlberg with peace, her identity, and delight after losing her firstborn daughter. The family gives respect to late Deborah even after more than a decade of her death.

Talking about Debbie’s career, she did not have any specific job. However, her brothers had. Arthur Wahlberg is Debbie’s oldest brother. In fact, the oldest of the Wahlberg brothers and the third child of the entire children. Also an actor, Arthur insists to be the primary from the family to dabble into acting. He is popular for his roles in movies such as The Funny, The Mad, and The Rude. He also featured in the A&E original series, Wahlbergs, which also featured all the Wahlberg brothers. Arthur is additionally into carpentry and his specialty is remodeling.

An American reality TV star and chef, Paul is also an actor, popular for his role in films like The Happening and Max Payne. Debbie’s brother has a restaurant which has a name as Alma Nove, after their mother. With a net worth of $1.5 million, Paul is married with two children namely Ethan and Madison Wahlberg. After Paul is Jim who was born very soon after his brother. Jim works with his brother Mark and they are best known for setting up events for children who are underprivileged. Jim spends his time together with his family outside South Florida. Debbie’s other sibling, Robert Wahlberg, has a knack for stage performance. He is present in movies like The Departed Southie and Mystic River.

Donnie is not just an actor like the rest of his brothers, he is a singer, songwriter, film producer, and record producer. He co-founded the boy band, New Kids on the Block. As an actor, he has appeared in films like Boomtown, Planet of the APS, Righteous Kill, Boston’s Finest, and much more. Mark Robert Michael Wahlberg is a successful American businessman, producer, actor, model, rapper, and also a songwriter. As an actor, he has shown his presence in several movies like Invincible, Planet of the Apes, The Lovely Bones, and lots more. Wahlberg topped the list of the highest-paid actors in 2017.

There are no details about Debbie’s career thus her income source is also missing. Similarly, her net worth and salary also are under review. Though her net worth is not public to the media, her brother Mark Wahlberg’s wealth is $225 million.  Mark is on the list of the richest actors in the whole world. The actor appeared in several movies which helped him amass such an enormous amount of cash. Mark was listed as the highest-paid actor in the world with a salary of $68 million in 2017. Likewise, Debbie’s other brother Donnie Wahlberg’s net worth is $20 million whereas his wife Jenny McCarthy’s wealth is $14 million. The couple has combined assets of $34 million.

Debbie was a secretive person. There is no information about Debbie’s relationship status as she kept her personal life far away from the media and public. Further, Debbie never went out with any guy who could be her lover. Though Wahlberg never talked much about her boyfriend or relationship to the media, it is confirmed that she was the mother of a child. Nevertheless, further information about her child’s father remains a mystery.

Mark Wahlberg became an addict at 13. He dropped out of school at 13 years old due to his family’s financial issues, though he later got a school education at the age of 42. Also, he was arrested over 20 times, including attempted murder. He was in jail only for 45 days out of a 2-year sentence. First and foremost, he regrets his past doings and lives a respectful, good, and calm life.

In 1991, Donnie was charged with first-degree arson for setting a historic hotel in Louisville, Kentucky on fire and was charged up to 20 years in prison. Later, the fees against Donnie were dismissed after he agreed to be a part of public service videos ablaze safety, drunk driving, and substance abuse.

Talking about Debbie’s body measurement, there is no information on this topic. However, she was very beautiful and had a slim figure when she was young. Likewise, she had a pair of brown eyes and blonde hair. Other information regarding her weight, height, bra size, hip size, etc is missing.

As Debbie was a secretive person, she was not active on any of the social media. She neither used Instagram nor Facebook and nor Twitter. Moreover, he was happy spending time with her family. Apart from this, she does not want more unnecessary attention and trouble.