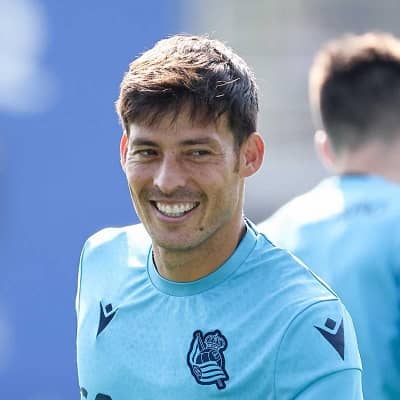 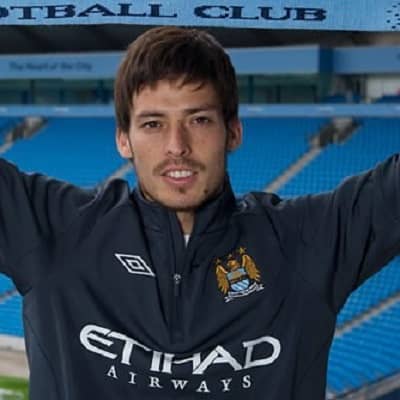 David Silva was born on the 8th of January, 1986, in Arguineguín, Spain. According to his birth date, he is 36 years old and holds Spanish nationality. Moreover, he has a birth sign of Capricorn and believes in Catholicism by religion. And this football star’s birth name is David Josué Jiménez Silva.

This Spanish football player is the son of Fernando Jimenez (father) and Eva Silva (mother). He grew up with his two siblings; Nando Jimenez Silva (younger brother) and Natalia Jimenez (Older Sister).

However, this football star has not yet shared his academic qualification in public. Moreover, we might assume that he might have completed his graduation from a well-known university in Spain.

David Silva began playing youth football in 1995 after joining the UD San Fernando youth team. He joined the club when he was just 9 years old. He began his career as a goalkeeper. He immediately changed from a center to a winger.

Later, in 2004, Valencia loaned him to the Segunda Division team Eibar. He played with Eibar when he made his professional debut. In 35 games while at Eibar, he scored 4 league goals.

On November 5, 2006, in a game against Espanyol, he scored his first league goal. In August 2008, he extended his agreement with the team for a further five years. He assisted the team in winning the 2008 Copa del Rey.

His chronic ankle injury kept him out of the first three months of the 2008–09 season. Later, he helped the team qualify for the Champions League in 2009–10 with his then-career-high eight league goals.

Before moving to Manchester City, Silva made 168 appearances for Valencia’s first team and scored 31 goals. He signed a four-year contract and moved to the English team Manchester City in June 2010.

On August 14, 2010, Silva played in his first Premier League game against Tottenham. On September 16, 2010, in a Europa League group match against Red Bull Salzburg, he scored his first goal for the club.

On October 17, 2010, Silva scored a goal in the Premier League against Blackpool. He contributed 15 assists in total during his first year, making him one of the league’s best players. He played great during the next season as well.

Later, he received the “Man of the Match” award twice in the 2011–2012 “Premier League,” once against “Swansea City” and once against “Bolton Wanderers.”

He scored Manchester City’s fifth goal against Manchester United in the season’s inaugural “Manchester Derby,” played at Old Trafford on October 23, 2011, with the former winning 6-1.

In addition to setting up Edin Deko’s second goal, Silva helped his teammates score two goals during the game, showing his great passing abilities. On September 17, 2012, he agreed to a new five-year contract with “Manchester City.”

Playing for Manchester City, he scores several goals and awards

When they defeated “Borussia Mönchengladbach” 4-2 on December 8 of that year, in the last group-stage match of the “UEFA Champions League,” the club, for the first time, topped their group.

Silva got the game started with a goal. He won his second “League Cup” with “Manchester City” on February 28, 2016, after the team defeated “Liverpool” 3-1 in a penalty shootout at the “Wembley Stadium” in London’s “Football League Cup” finals. 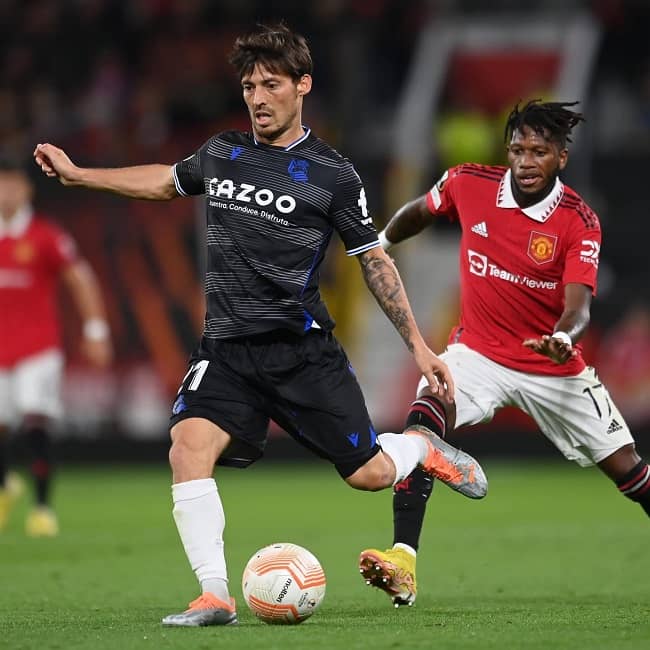 In 2016–17, the season in which he received his first “Etihad Player of the Season” award, he appeared in 44 games, scored 8 goals, and contributed numerous assists. As the 2017–2018 season got off, Silva participated in 14 games and contributed 8 ‘Premier League,’ assists.

He, therefore, achieved the accomplishment of having the highest total of any player in the top five European leagues. On November 30, 2017, “Manchester City” decided to keep Silva through the 2020 season by signing a one-year contract extension.

He was a part of the 2004 UEFA European U19 Championship-winning Spain U19 team. On November 15, 2006, Silva earned his senior international debut against Romania in a 1-0 preseason game.

He scored his first goal for his country against Greece on August 22, 2007. He scored twice as the team won 3-2. Silva was a vital player on the Spanish national team that won three major championships—UEFA Euro 2008, FIFA World Cup 2010, and UEFA Euro 2012.

Additionally, he represented Spain in their unsuccessful attempts to win 2014, 2018, and 2016 UEFA Euro World Cups. He declared his retirement from international football following the 2018 World Cup. 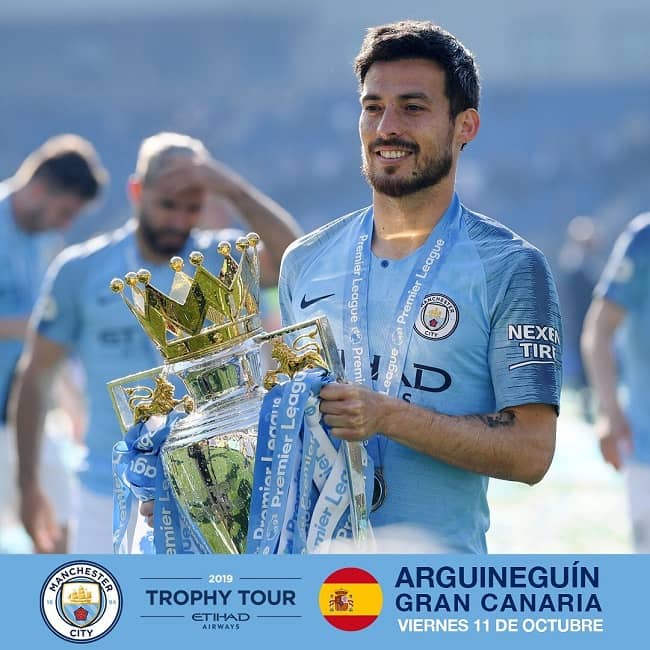 Caption: David Silva with the trophy and medal (Source: Instagram)

As a football star, he has earned a huge sum of money. As of 2022, Sliva’s net worth is estimated at around $55 million and earns an annual salary of $15 million from his current club.

For most of his career, Silva has endorsed Adidas. The deal with Adidas cost about US$6.4 million. He has since endorsed Puma, an Adidas rival. He represents a German multinational firm as a brand ambassador. Around $1.5 million is the expected total income from endorsements.

This football star is not yet married but is in a relationship with Yessica Suarez Gonzalez. With the relationship, he has a son, Mateo. Mateo, his son, had been born extremely early and was battling for his life.

Mateo was able to return home on May 11 when it was established that he was well. Silva tested positive for COVID-19, on the 31st of August 2020.

This football star stands 5 feet 7 inches tall and weighs 67 kg. Moreover, he has dark brown eyes with dark brown hair color and there is no other information regarding his other body measurements. 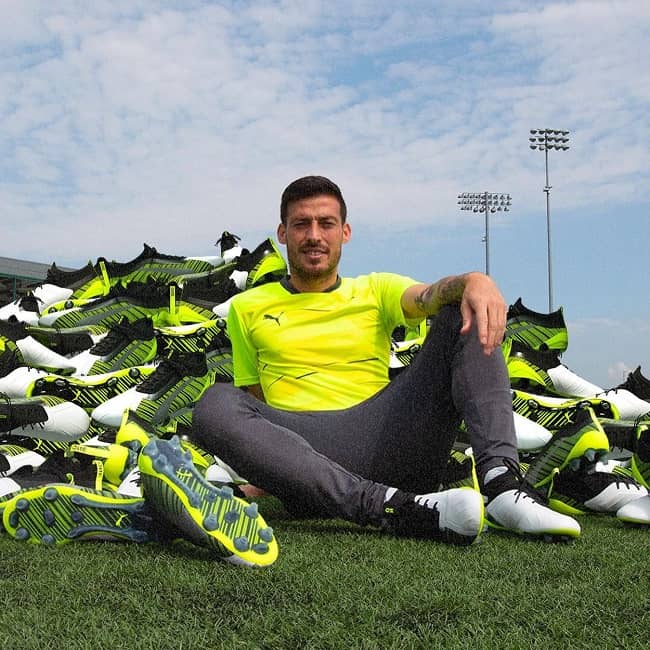