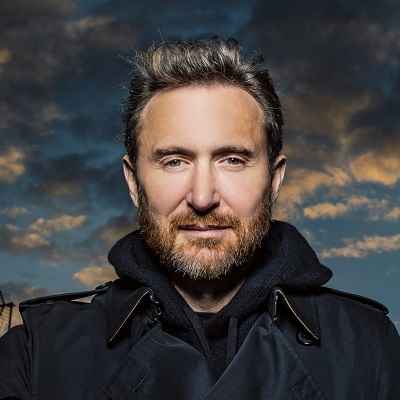 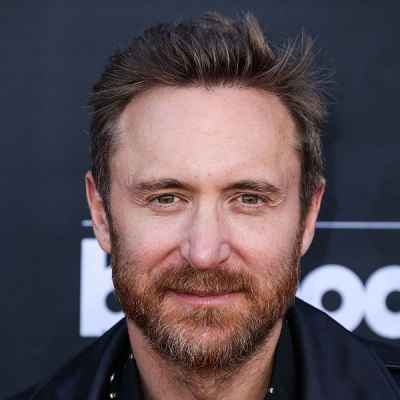 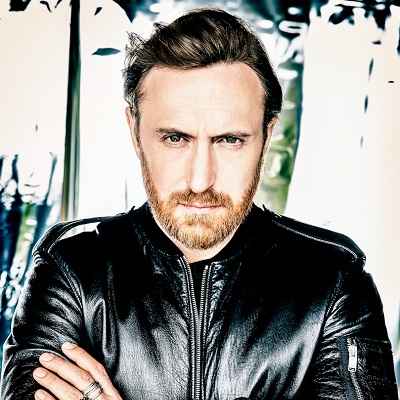 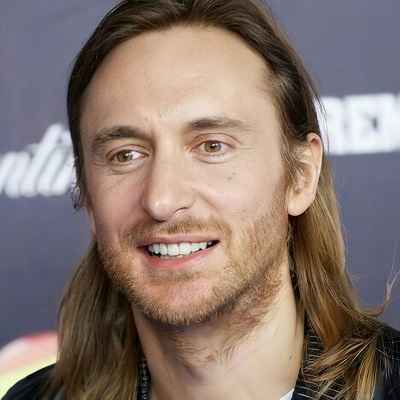 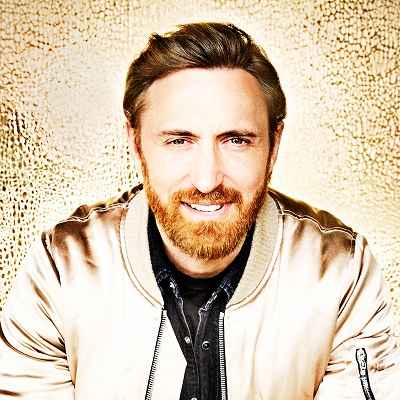 David Guetta is a popular French DJ and music producer. David Guetta also gained fame as one of the most popular and top 10 richest DJs of 2022.

David Guetta was born on 7 November 1967 and he is currently 55 years old. He is a native of Paris, France, and his zodiac sign is Scorpio. Likewise, his full name is Pierre David Guetta.

Talking about his family, David’s parents are Pierre Guetta and Monique. His father was a sociologist born in a Moroccan-Jewish family whereas his mother is of Belgian descent. Therefore, his ethnicity is Moroccan-Belgian whereas his nationality is French. 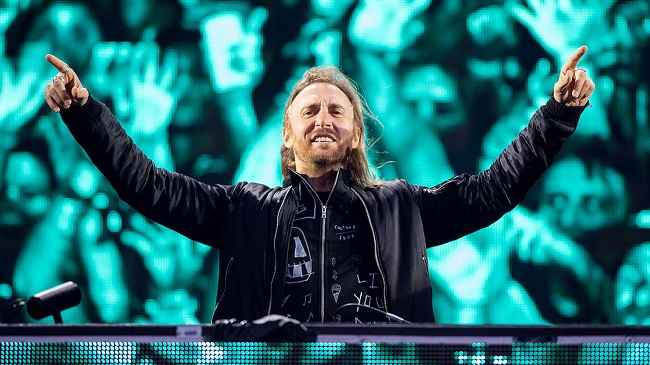 Caption: David Guetta during one of his performances. Source: wegow

Professionally, David Guetta is a prominent DJ as well as a music producer. This DJ has more than 10 million albums and 65 million singles sales globally. Similarly, he has more than 10 billion streams.

Guetta released his 1st album Just a Little More Love in 2002. Similarly, he released Guetta Blaster in 2004 and Pop Life in 2007. Moreover, this DJ achieved mainstream success with his 2009 album One Love. This album includes the hit singles When Love Takes Over, Gettin’ Over You, Sexy Bitch, and Memories.

Similarly, Guetta’s 2011 follow-up album Nothing but the Beat continued this success. This album contains the hit singles Where Them Girls At, Little Bad Girl, Without You, Titanium, and Turn Me On. Moreover, he released his album 7. This album featured popular artists including J Balvin, Nicki Minaj, Sia, G-Eazy, Jason Derulo, and more in 2018. This album also featured 12 tracks by his alias Jack Back.

Moreover, DJ Guetta started a new movement together with fellow producer Morten Breum called “future rave” in 2019. They did so by releasing their New Rave EP in July 2020. Likewise, this personality reunited with singer Sia to release Let’s Love in September 2020. 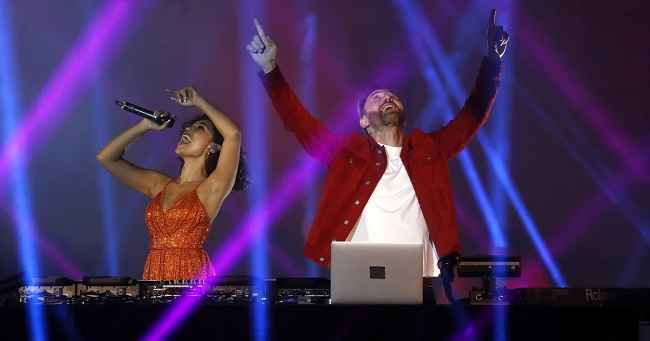 Furthermore, DJ Guetta has earned two Grammy Awards, an American Music Award, and a Billboard Music Award. Additionally, in June 2021, this personality sold his recorded music catalog for an amount in the region of US$100 million.

Likewise, David and Morten announced a joint US tour in March 2022. It concluded at EDC Las Vegas on 21 May 2022. These artists also announced a residency at Hï Ibiza to take place every Friday from 3 June to 30 September 2022. 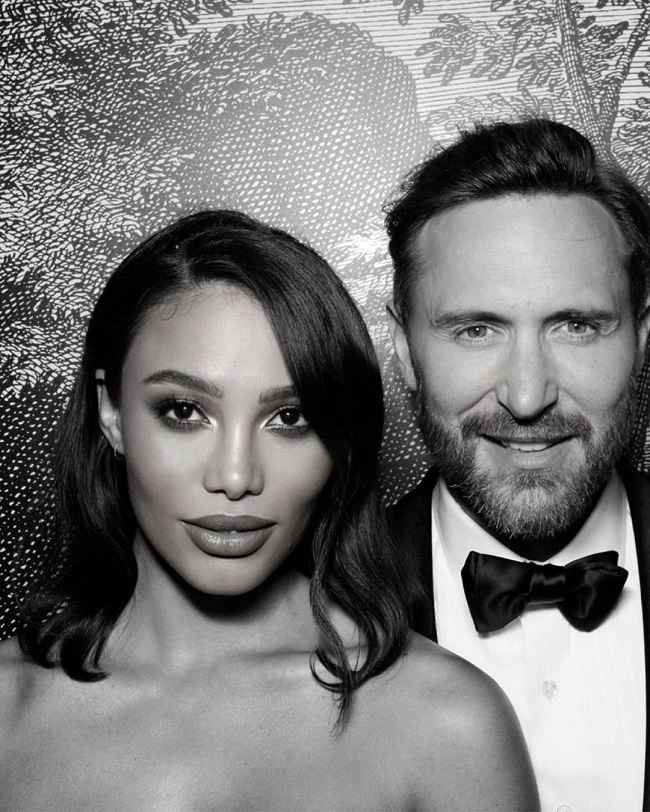 David Guetta has endorsed, used, advertised, and credited products and services by various brands, companies, and personalities throughout the years. Some of such collaborations David has mentioned on his Instagram posts are @futurerave, The Brooklyn Mirage, and Dancing Astronaut. More than products and companies, David mostly credits artists and clubs where he performs.

David Guetta is currently single and not involved in any romantic relationships. His most recent relationship was with model Jessica Ledon. David and Jessica started dating each other in 2015 and they recently broke up in 2022. The news of their breakup was shared in October 2022.

Moreover, David and Jessica haven’t been pictured together since they attended the Grammy Awards in April. Further, this ex-couple started their relationship after a year of David’s divorce from his wife of 22 years – Catherine Lobé (aka Cathy Guetta).

Prior to this, David was married to Cathy in 1992. His ex-wife is a nightclub manager and they have two children namely Tim Elvis Eric and Angie. Following their 22 years of marriage, David and Cathy divorced in a Paris court in March 2014. 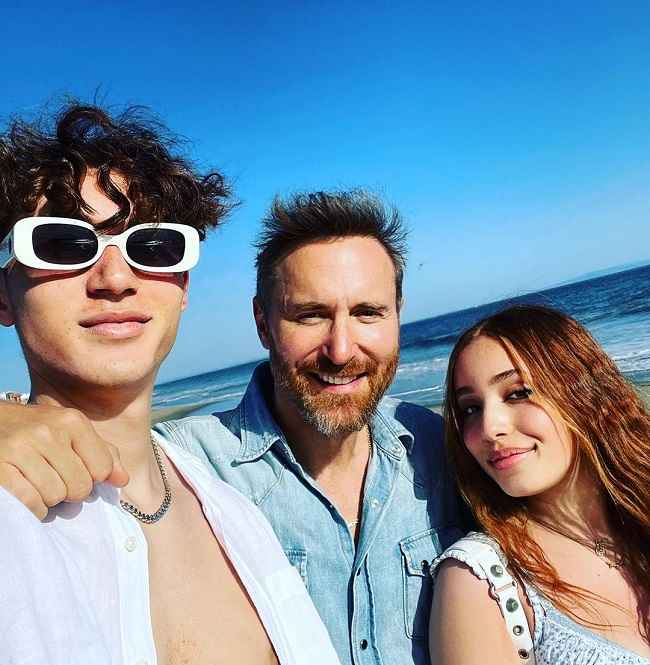 David Guetta stands tall at an approximate height of 5 feet 9 inches or 175 cm and his weight is around 79 kg or 174 lbs. Similarly, David has a chest-waist-bicep size of around 40-35-14.5 inches respectively. Further, Guetta has brown eyes and hair of the same color. DJ David also usually sports a short beard.

Moreover, this personality is available on Facebook as “David Guetta” and has over 48 million followers. On Youtube, he created his self-titled channel in December 2009. While writing this biography, this channel has over 16.3 billion views and 24.7 million subscribers.

Besides making his earnings as a DJ and music producer who collaborates with various renowned artists, David also made a fortune when Warner Music acquired rights to his recorded music catalog from the last two decades on 17 June 2021. Moreover, David’s annual income as of 2015 was $37 million as per Forbes.