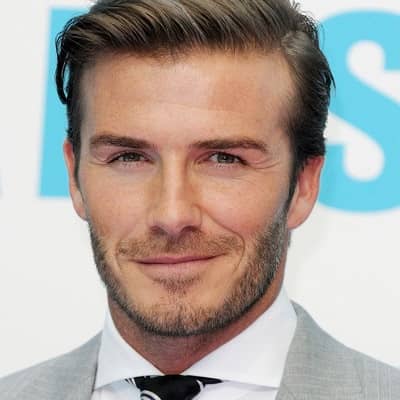 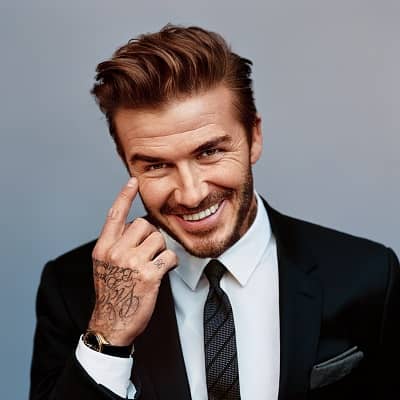 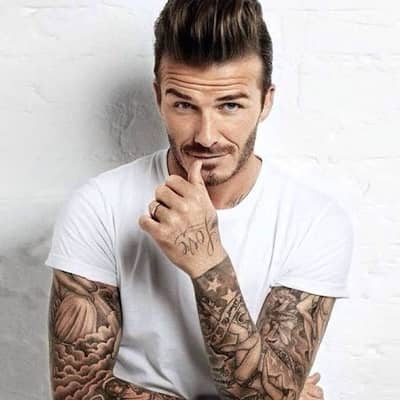 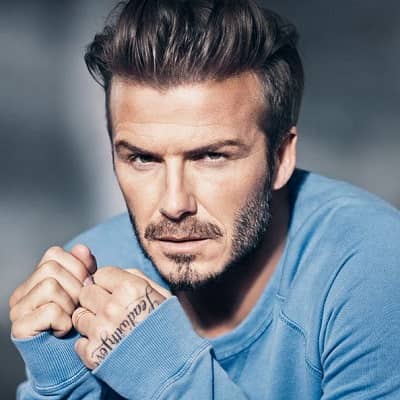 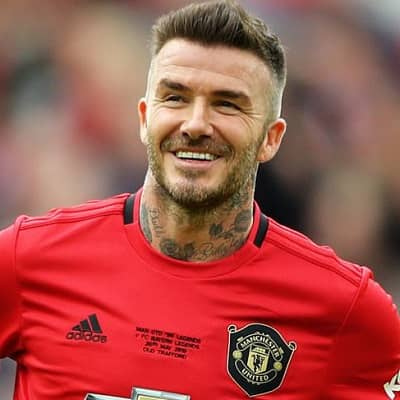 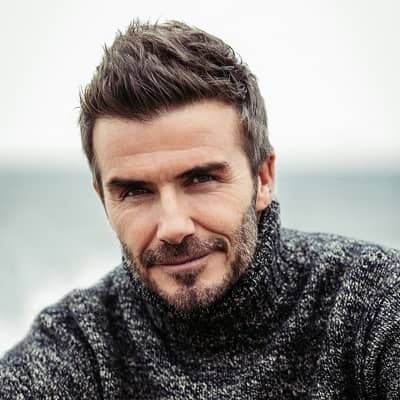 David Beckham is a retired English footballer. David Beckham is also a businessman, investor, ambassador, and philanthropist. He is also a celebrity couple with Victoria Beckham. Likewise, David was appointed an OBE for his services to football on 13 June 2003.

David Beckham was born on 2 May 1975 and he is currently 46 years old. He hails from Leytonstone, London, England, and his zodiac sign is Taurus. Moreover, David was born at the Whipps Cross University Hospital. Further, his full name is David Robert Joseph Beckham. Talking about his family, his parents are mother Sandra Georgina (née West) and father David Edward Alan “Ted” Beckham.

His father was a kitchen fitter whereas his mother was a hairdresser. David’s parents were fanatical Manchester United supporters. They even traveled 200 miles frequently to attend the team’s home matches. This was also why David loved football. Likewise, David has an older sister named Lynne Georgina and a younger sister named Joanne Louise. As his maternal grandfather was Jewish, David refers to himself as half Jewish. 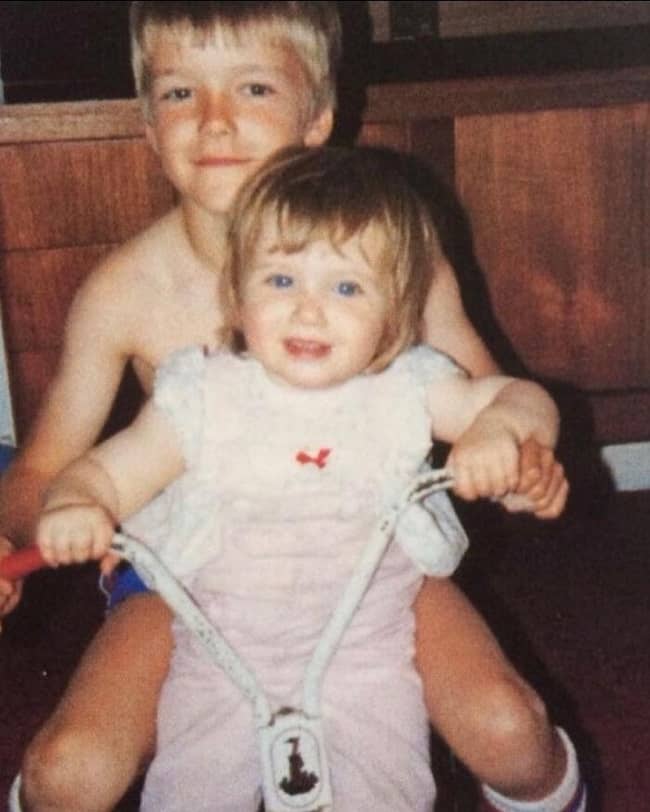 Caption: David Beckham in a childhood photograph with his younger sister. Source: Instagram

Regarding his educational journey, David attended Chingford County High School. David also attended Bobby Charlton’s Soccer Schools in Manchester. David also won the chance to take part in a training session with Barcelona. This was a part of a talent competition.

Moreover, David played for a local youth team, “Ridgeway Rovers”. His father along with Stuart Underwood and Steve Kirby coached this team. Additionally, David was actually a Manchester United mascot. He did this for the team’s match against West Ham United in the year 1986.

Young David had trials with his local club Leyton Orient, Norwich City. The young athlete also attended Tottenham Hotspur’s school of excellence. During a two-year period with Brimsdown Rovers’ youth team, David was named “Under-15 Player of the Year” in the year 1990. 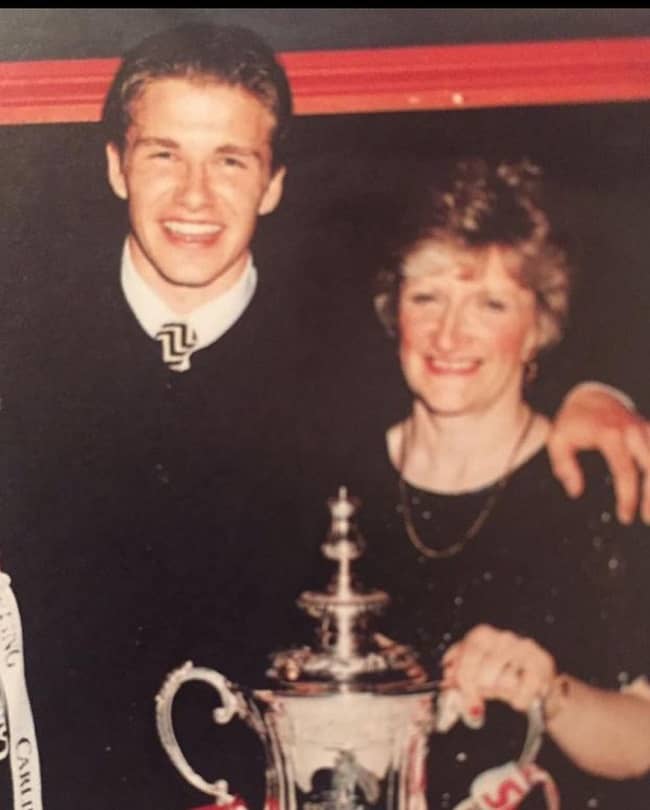 Caption: David Beckham in an old photograph with his mother and his trophy. Source: Instagram

Professionally, David Beckham is an international personality. He used to be a professional football player who played for Manchester United, Real Madrid, LA Galaxy, and Paris Saint-Germain among others. David was played for the England national team from 1996 to 2009.

Besides being a former professional star footballer, David Beckham is currently the president as well as co-owner of Inter Miami CF. David also co-owns the Salford City. Similarly, David is the 1st English player to win league titles in four countries. These four countries are namely England, Spain, the USA, and France.

David actually retired from his professional football career in May 2013. He had a career of 20 years where David won 19 major trophies. 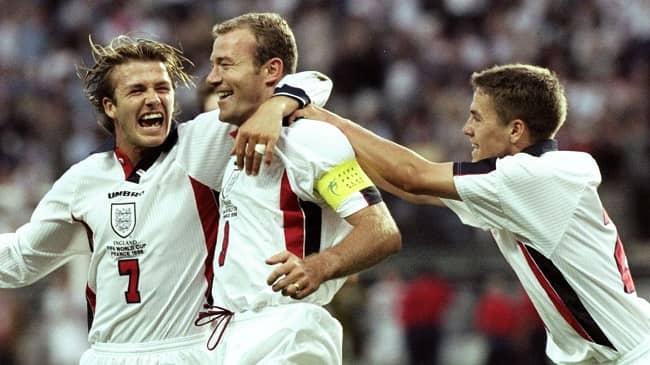 Caption: David Beckham enjoying the victory with the teammates during a World Cup game. Source: Goal

Later on, for four seasons, David joined Real Madrid. With this team, the footballer won the La Liga championship in his final season. Then in July 2007, David signed a 5-year contract with LA Galaxy. It is a Major League Soccer club.

Likewise, David was the 1st British footballer to play 100 UEFA Champions League games. Talking about his international football career, David made his England debut on 1 September 1996. He was only 21 years old at the time. Moreover, David became the captain for six years. 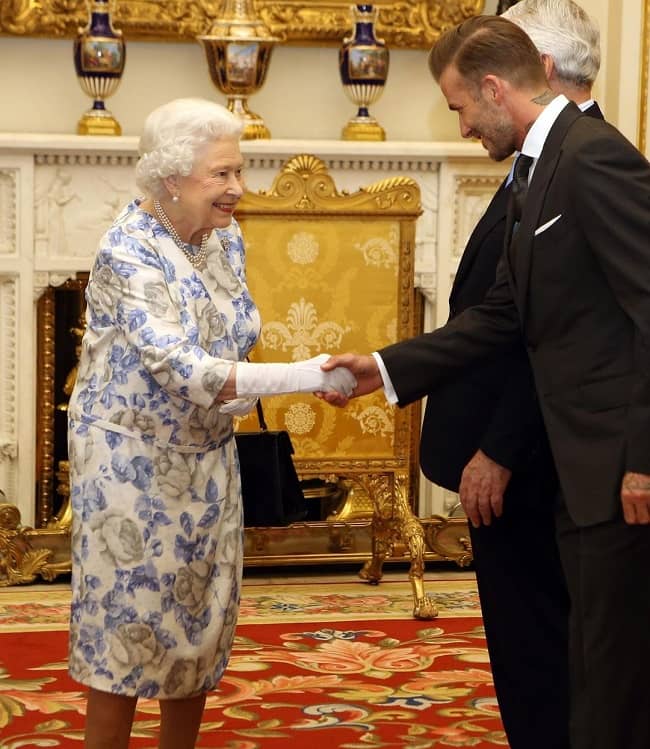 David Beckham is well recognized for his range of passing, crossing ability, and bending free-kicks as a right-winger. Moreover, David is one of the greatest and most recognizable midfielders of his generation. He is also one of the best set-piece specialists of all time.

Similarly, David Beckham was the runner-up in the Ballon d’Or in the year 1999. The footballer was also a runner-up for the “FIFA World Player of the Year” award twice. Pelé included David Beckham in 2004 in the FIFA 100 list of the world’s greatest living players.

Likewise, David is consistently ranked among the highest earners in football. In the year 2013, David became the highest-paid player in the world on the list. The former professional footballer earned over $50 million in the previous 12 months.

Additionally, David Beckham has also been a UNICEF UK ambassador since the year 2005. Then in 2015, David launched 7: The David Beckham UNICEF Fund. A year prior to that, MLS announced that David and a group of investors would own Inter Miami CF. The CF began playing in the year 2020. 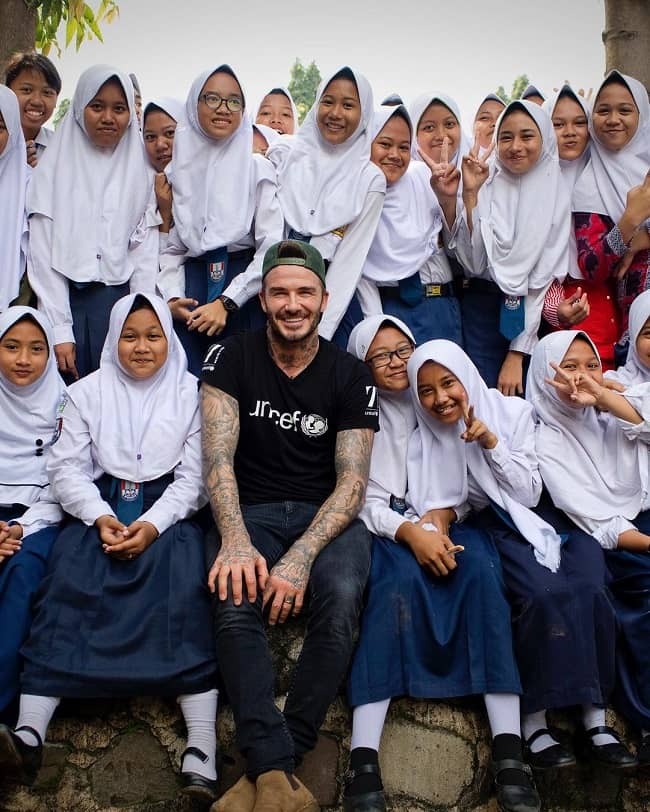 Caption: David Beckham posing for a photo with children during his visit to various countries as an ambassador of UNICEF. Source: Instagram

David Beckham is married to Victoria Caroline Beckham OBE (née Adams). The lovers met for the first time in 1997 when Victoria attended a Manchester United match. She is a member of the pop music group “Spice Girls”. David actually proposed to Victoria on 24 January 1998. It was at a restaurant in Cheshunt, England.

The couple had their wedding on 4 July 1999. Their ceremony was held at Luttrellstown Castle in Ireland. David’s teammate, Gary Neville, was the best man whereas their son, Brooklyn, was the ring bearer. The couple has a total of 4 children namely Brooklyn Joseph, Romeo James, Cruz David, and Harper Seven.

The lovers welcomed their 1st son, Brooklyn, on 4 March 1999. The family then welcomed the 2nd son, Romeo, on 1 September 2002. Both Brooklyn and Romeo were born at Portland Hospital, London.

Likewise, Victoria gave birth to their 3rd son, Cruz, on 20 February 2005. They welcomed him at Ruber International Hospital, Madrid. Furthermore, the family welcomed their only daughter, Harper, on 10 July 2011. She was born at Cedars-Sinai Medical Center, Los Angeles. Singer-songwriter, Elton John, is Brooklyn and Romeo’s godfather. The two boys’ godmother is actress Elizabeth Hurley. 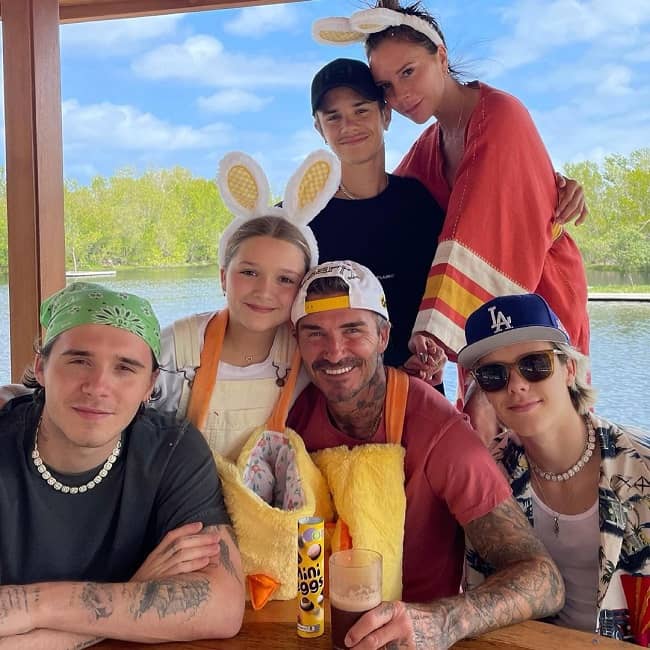 Caption: David Beckham posing for a photo with his family. Source: Instagram

David Beckham is 1.8 meters or 5 feet 11 inches and his weight is around 75 kgs or 165 lbs. Similarly, the former footballer’s chest-waist-biceps sizes are 42-32-14 inches respectively. David has brown eyes and blonde hair color. Moreover, David also has numerous tattoos.

Talking about his social media presence, David Beckham is available on Instagram under the username @davidbeckham with over 66.7 million followers. Likewise, he has over 54 million people following his journey on Facebook. The former professional player has an account on Weibo too. Moving on, David Beckham has a net worth estimation of around $450 million US dollars.