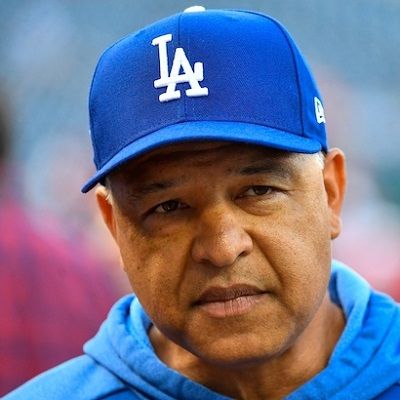 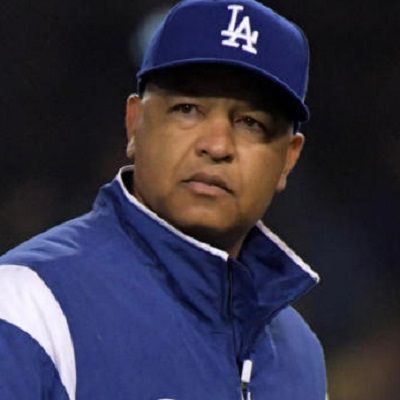 Dave Roberts is an American Professional baseball manager. Dave Roberts has also played as an outfielder for five Major League Teams over a ten-year career. Currently, he manages the Los Angeles Dodgers of Major League Baseball.

Dave Roberts’s full name is David Ray Roberts. As of 2021, Dave Roberts is 49 years old. He was born on May 31, 1972, in Naha, Okinawa, Japan. Roberts’s African American father, Waymon, met his Japanese mother, Eiko, when he was stationed at Japan in a United States Marine. He has a younger sister named Melessa. 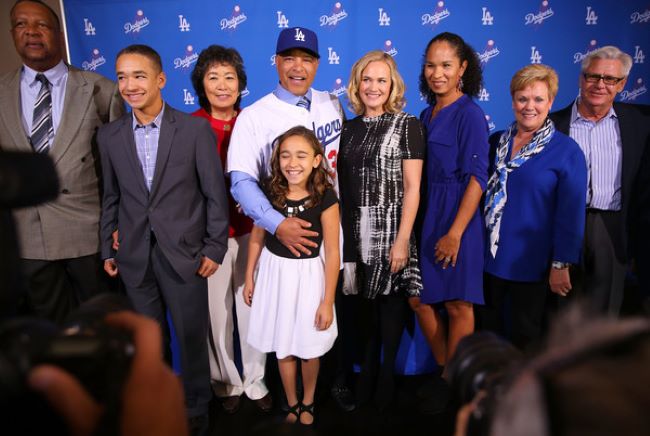 He spent his childhood moving from one military base to another. Roberts finally at last settled in San Diego, California.

Dave Robert studied at Vista High School and was the MVP of the junior baseball team. When in senior year in Rancho Buena Vista High School, he stood out in football as well as basketball and baseball.  As a result, the Air Force Academy recruited Roberts to play football. But he declined the offer because he wanted to play baseball.

Roberts attended UCLA, where he joined the Bruins baseball team as an outfielder. When he was just a sophomore, he hit .331 with 36 stolen bases and as a junior, he hit .296  with 28 steals. In 1995, he left the school as the all-time stolen base leader and graduated with his Bachelors of Arts degree.

Roberts first began his career in baseball with the Jamestown Jammers, the Tigers short-season class “A”  team in New York Pennsylvania. He hit .292 with the Jammers. As for the 1995 season, he was promoted to play for the Lakeland Tigers in Florida State League.

In 1998, Roberts was traded to the Cleveland Indians for Geronimo Berroa. Roberts made his major league debut batting leadoff and playing center field for the Indians against the Tampa Bay Devil Rays. Roberts hit his first home run on August 30 off Ramon Ortiz of the Anaheim Angels. He hit a grand slam homer off of John Hudek on September 24.

In 2001 he left Cleveland and joined Los Angeles Dodgers in 2002. Roberts was the Dodgers leadoff and starting center fielder. In 2004, Roberts joined Boston Red Sox. Altogether he played 45 games for Red Sox and hit .256. 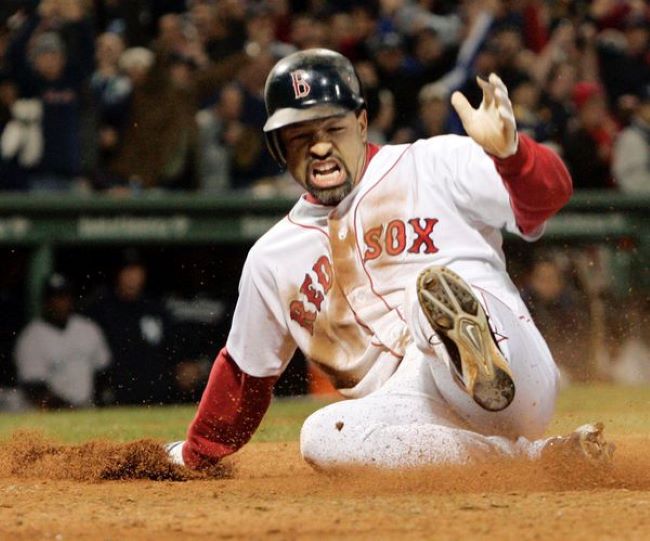 Although, Roberts played for the Boston Red Sox for only one season as a player. He is forever noted for a key stolen base in the 2004 ALCS.

Thereafter Roberts joined the San Diego Padres. He played as a center fielder for the Padres in 2005, where he hit .275 in 115 games.

In early December 2006, Roberts agreed to a 3-year, $18 million deal and signed with the San Fransisco Giants. Roberts missed the first half of the 2008 season due to arthroscopic knee surgery and appeared in only 52 games in total.

Roberts’s career as a commentator and manager:

Roberts retired as a player from a baseball career in 2009 and joined NESN. There he worked as a studio analyst and occasional color commentator for Red Sox telecasts. However, he left the network after one season as a broadcaster to join the Padres as a Baseball Operations Special Assistant.

In 2015, Roberts debuted as a manager for San Diego Padres. Before a manager, he was the coach for the San Diego Padres from 2011 to 2015. On November 13, 2015, he was hired as the team manager of the Los Angeles Dodgers. He then led the team to win their 4th consecutive National League West title in 2016. Roberts made history as the first baseball manager of Asian origin to make to the World Series as he led the LA Dodgers to the 2017 World Series.

In 2020, he led the Dodgers to the playoffs once more. He became the first African-American manager of a World Series-winning team since Cito Gaston, and the first manager of Asian heritage to win the World Series.

From 2002 to 2006, David had 195 steals as well as an 81 percent success rate. Roberts was widely popular as one of the best base stealers in baseball.

In 2004, Dave Roberts received Sports Illustrated Sportsman of the Year Award. And in 2016, Roberts won Major League Baseball  Manager of the year Award-  National League. In the same year, Roberts became the first manager of Asian heritage to lead a team to the World Series.

The main primary income source of Dave Robert is currently the Baseball manager. Wikipedia, Forbes and various online resources have estimated that Roberts’s net worth is around $100K – $1 million. However, his income salary is still under review.

Yes, Dave Roberts is a married man. In 1997, Dave married his high school girlfriend, Tricia. Roberts’s wife, Tricia, also grew up in Vista California. She is a certified wine steward and also runs her own interior design firm. 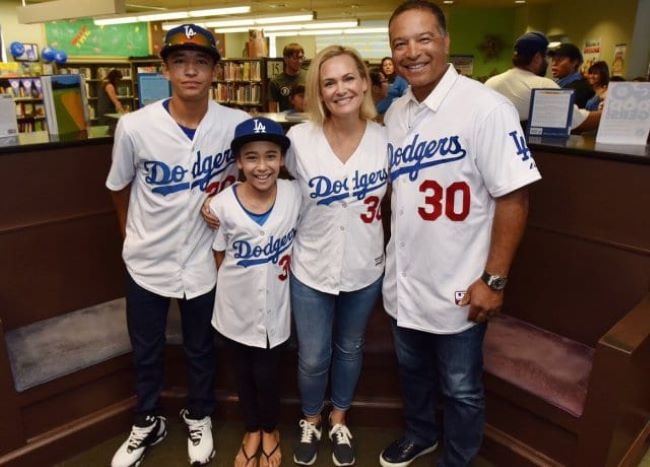 Furthermore, they have been blessed with two children, a daughter Emmerson Roberts and a son Cole Roberts.

Dave Roberts has played numerous games and therefore has an athletic build. His height is 5 feet 10 inches. His body weighs around 82 kg. He has afro-textured black colored hair and a black eye.