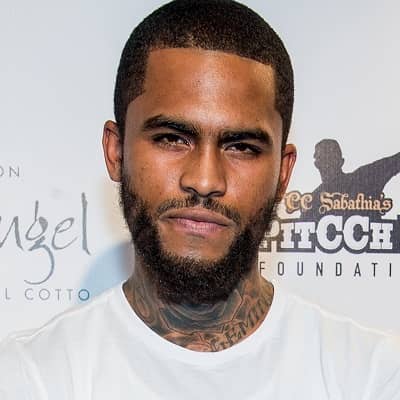 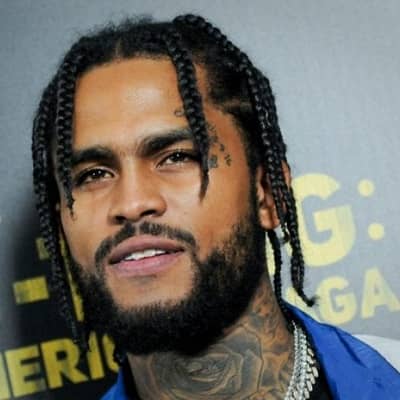 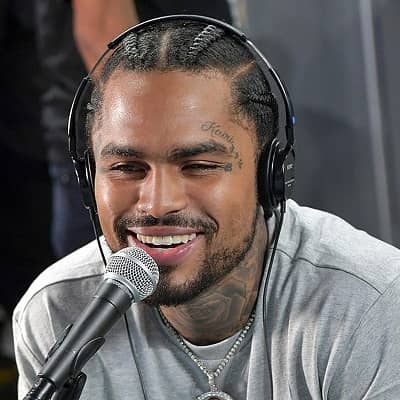 Dave East is a famous American rapper, songwriter, as well as actor. Dave East has been active in the entertainment industry since the year 2009.

Dave East was born on June 3, 1988, and he is currently 33 years old. He hails from Harlem, New York City, U.S., and his zodiac sign is Gemini. Further, his full name is David Lawrence Brewster Jr. but is more popular by his stage name Dave East.

He spent his life between East Harlem and Queensbridge. His mother resided in East Harlem whereas he lived with his aunt in his late adolescent life in Queensbridge. Talking about his ethnic background, he is of Bajan, Louisiana Creole, and Dominican descent.

Talking about his educational journey, he attended Springbrook High School in Silver Spring, MD near Washington, D.C. There, he played basketball and football. Likewise, he also played in the Amateur Athletic Union (AAU). His teammates were the now NBA players Ty Lawson and Greivis Vasquez. Moreover, he also developed a close friendship with Kevin Durant. Kevin is currently a Brooklyn Nets all-star, small-forward.

Moving on, he attended the University of Richmond and later transferred to Towson University. In the latter, he played basketball. Also while attending this university, he had on-going issues with the coaching staff. Due to this, he ultimately decided to leave the university.

Subsequently, he started running into legal trouble in Baltimore, Maryland. His basketball dream was over but it allowed him to focus more on his music career. 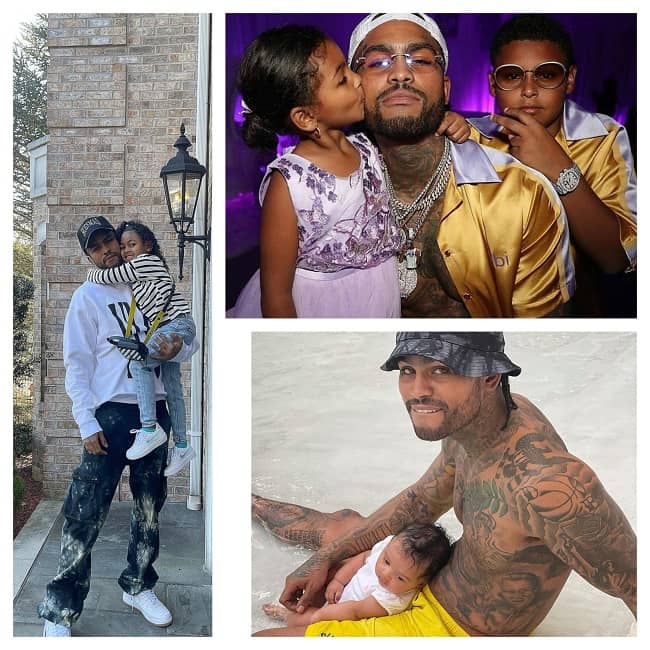 Caption: Dave East posing for a photo with his children. Source: Instagram

Professionally, Dave East is a famous rapper, songwriter, and actor. He began his career in the year 2010. Slowly, he gained attention in the year 2014 for his eighth mixtape, Black Rose. He gained the attention of fellow New York rapper Nas with this mixtape. Nas then signed him to his record label, Mass Appeal Records. Later on, Nas also signed him in conjunction with Def Jam Recordings.

Furthermore, he had his acting debut in the year 2017. He had a role as himself in Being Mary Jane and The Breaks. Moreover, the budding actor also had a supporting role in the Netflix film Beats released in 2019 as “Mister Ford”. Similarly, his breakthrough acting role came in Wu-Tang: An American Saga. It is a 2019 Hulu series and he portrays the character, Method Man. He as an actor is also set to appear in 2021’s Boogie. 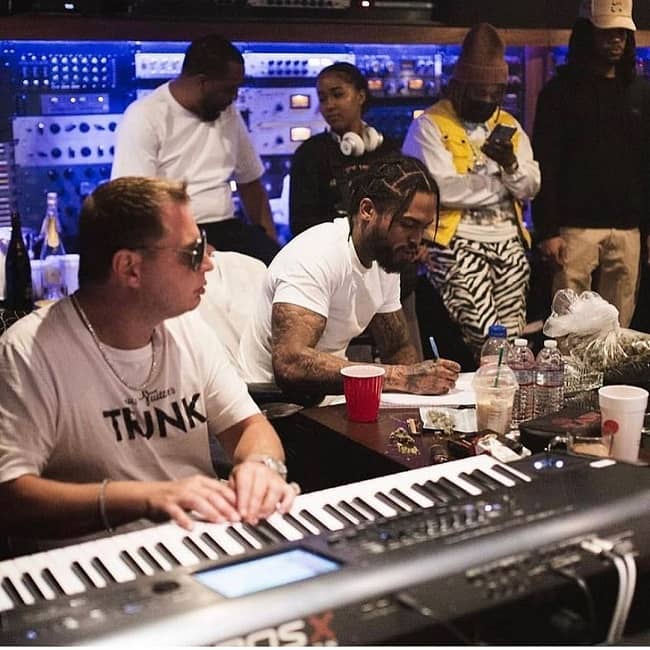 Similarly, his debut studio album is Survival. He released it on November 8, 2019, and this album peaked at number 11 on the Billboard 200. Also, he is popular for releasing over half a dozen successful mixtapes. It was since beginning his career in music in the year 2012. Likewise, his mixtape Hate Me Now also features artists including Pusha T, Jadakiss, and Styles P.

Further, he is a strong lyricist who is skillful at telling gritty street narratives. This rapper also has a style heavily nostalgic of ’90s New York hardcore rap. Despite this, his style still sounds fresh enough to compete with the contemporary hip-hop landscape. Further, he is also famous for his raw lyricism and dark storytelling about street life.

As a teen, Dave East joined the Rollin’ 30s Harlem Crips. It is a subset of the larger Crips gang. Subsequently, the singer-actor started serving a prison sentence. While in a prison sentence, he converted to Islam and he considers himself a Muslim.

Regarding his conversion, he stated:

“Islam really brought a discipline to my life that I didn’t really have before… My old mindset was if they ain’t helping me, I ain’t helping them, but you can’t live a life that way.”

Talking about his romantic relationships, he been in a long-term relationship with Millie Colon. The lovers share two daughters named Kairi and Kobi. They were born in 2016 and 2020 respectively. Furthermore, he also has a son from a previous relationship. 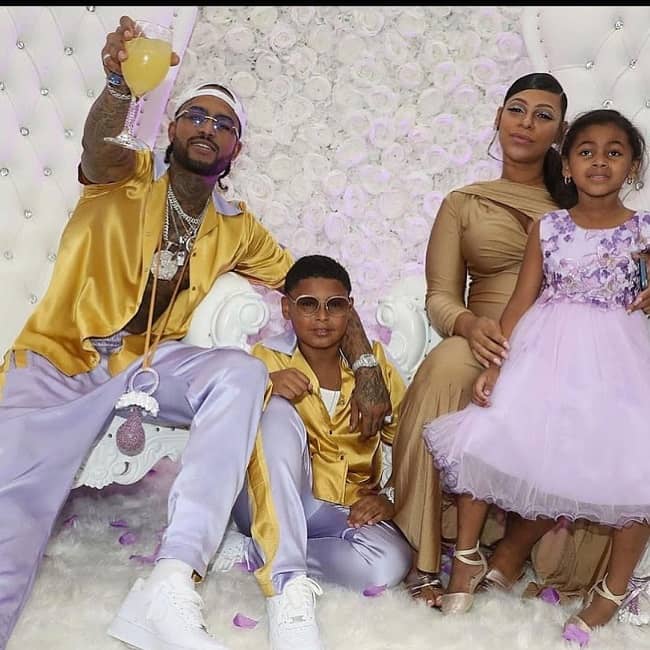 Caption: Dave East posing for a photo with his family during his latest daughter’s baby shower. Source: Instagram

Dave East stands tall at an approximate height of 6 feet 5 inches or 194.9 cm. Likewise, his weight is around 82 kg or 187.3 lbs. The singer-rapper has dark brown eyes and hair of the same color.

Talking about the multi-talented personality’s social media presence, Dave East joined Twitter in March 2009 and so far has over 291.6K followers on his @daveeast account. Similarly, on his Instagram account @daveeast, he has shared 59 posts and earned over 3.2 million followers while writing this biography. He also created an official Facebook page on January 31, 2007, and currently has over 685.6 k people following his journey on this platform.

Furthermore, he also has a personal channel on Youtube. He created it on September 30, 2011. So far, this channel has garnered over 245.2 million views and 528K subscribers. Moving on, he has an estimated net worth of $2.4 million dollars.