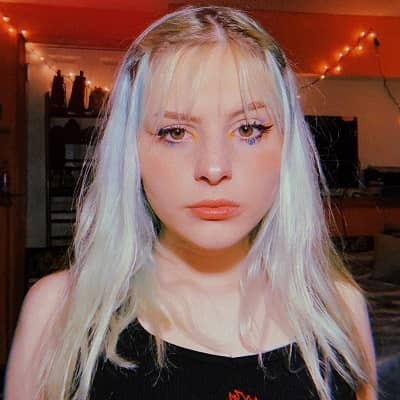 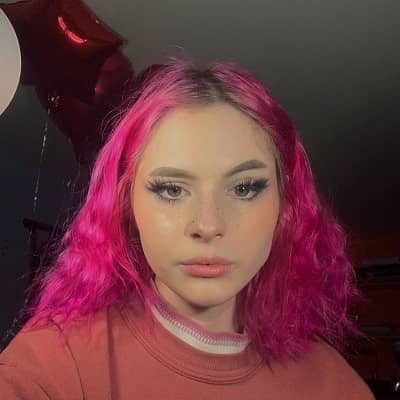 Daryna Popach is a Ukrainian comedy video creator on the app TikTok who has gained over 2.2 million fans to her feed. Daryna Popach has more than 109k followers on her Instagram profile.

Daryna Popach is 20 years old. She was born on August 12, 2001, in Ukraine, under the astrological sign of Leo. Later, she relocated to the United States of America with her family and eventually settled in the US state of Washington. Her father’s name is unknown and her mother’s name is Tetyana Popach. Her mother is very hardworking.

Moving toward her educational background, she is s high-school student, she stated in a YouTube video that she was set to graduate in 2019. She even said that she has eight siblings  Tatyana, Nazar, Vita, Roman, Ivan, Sanita, Ruslana, and David. She holds Ukrainian nationality. 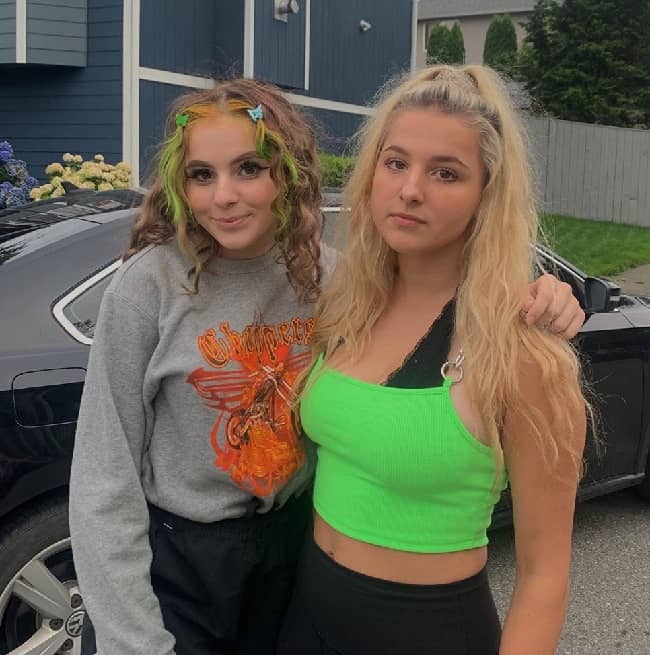 Professionally, Daryna Popach is a Ukraine-born American social media personality as well as a TikTok star. She started gaining good fame for her comedic and performance videos which she shares on her @darynapopach TikTok account. Similarly, she moved with her family from Ukraine to America quite early in her life.

She initiated her social media journey sometime in 2015 when she set up an account on Musical.ly currently named TikTok. She became active on the platform app for about a year before going on a two-year break. Later she again made a come back to the platform in 2018. By then, the platforms had merged with TikTok.  Currently, she has more than 2.2 million followers and 254.6M of millions hearts.

In the first video, after she made a comeback, she responded to the “let’s move out” challenge. Since then, she has been posting well over a thousand short videos, with each of them collecting at least tens of thousands of views. Mostly, she creates popular comedy videos. Them most famous videos include the comedy sketches she made on the social media celebrity Lele Pons

. Further, she has also made duets with other fellow TikTok users, including @blackladder, @nertalert, @wylderlovesyou, @chelsea_blesiv, @martjin.md, and @jbmo2016. She even features her sisters and friends making regular appearances in the content. She also has a backup TikTok account @darynabackup with almost 165K followers and 2.5 million hearts. 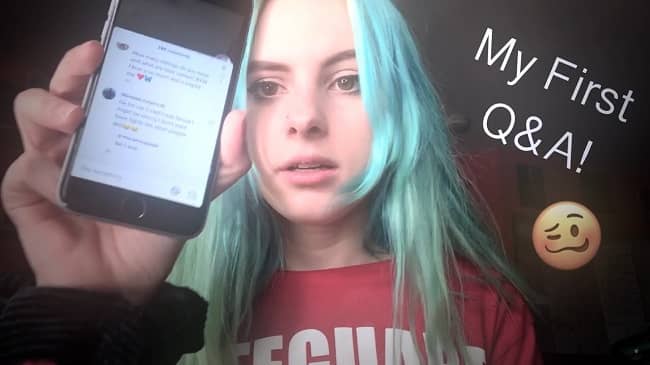 Apart from TikTok, she is also quite active on other platforms like Instagram and YouTube. She started posting photographs on Instagram in July 2017. The oldest photograph on her page date back to July 4, 2017. It is a picture of herself inside a car. On the same day, she uploaded a photo with a sparkler celebrating the US Independence Day. Since then, she keeps on posting pictures and has accumulated tens of thousands of followers on the platform. So far, she has shared 203 posts as of August 2020.

Most of the pictures shared on the platform are either selfies or fashion photographs. Likewise, she shared a picture with her sister Tatyana on August 24, 2017. She shared pictures of her cat Kobe on 5 May. On 27 June, she shared her friend Erica Jensen’s picture on the occasion of her birthday. On January 22, 2019, she posed in a photograph with four of her sisters, Tatyana, Ruslana, Vita, and Sanita.

Moreover, she has also created her self-titled YouTube channel on August 19, 2012. She shared her first YouTube video titled ‘My First Q & A!’ on January 2, 2019. It showcases Popach answering several questions from her fans. She talked frankly about a variety of things, from her family to her background to her purposes with the TikTok account. She even promised to upload more videos shortly.

Secondly, she uploaded a video titled ‘everyday makeup tutorial’ that was posted on 6 January 2019. As the title hints, she talks about the makeup she wears daily. Despite assuring her viewers that she will post more content on YouTube, she has uploaded only four videos and has not been active since her last video on the channel titled “SPACE BUN TUTORIAL!!” on July 19, 2019.

Further, she also created her Twitter account in January 2019 and only posted a few updates on the platform.  Similarly, she has partnered up with Bonfire, a design and technology company specializing in custom apparel, to design and sell her merchandise.

Daryna Popach is a social media influencer, TikTok star, as well as Instagram star. Her presence on different social media platforms has made good earnings but still has not mentioned her exact earnings. However, according to some online resources, her net worth is estimated to be around $1 million-$5 million.

Additionally, she earns through her other involvements like brand endorsements, promotion, merch, and so on. And there is no doubt about her lavish lifestyle after collecting good fortune through her work.

Reflecting on her relationship status, Daryna Popach is straight and single. She has never uploaded any pictures with a guy disclosing her boyfriend. However, she might also be keeping her love life away from the limelight. But, surely, her way of portraying herself in the social media world and her charming personality have attracted lots of guys to her.

Moreover, she seems to be currently focused on herself and her professional life. She has been actively presenting herself to the social media world for several years, but to date, there are no reposts regarding her controversy and negative rumors spread over her personal as well as professional life.

The social media influencer Daryna Popach stands at a height of 5 feet 5 inches tall. Moreover, there is no other information available regarding her weight, and body statics. Further, she has light brown eye color with shoulder-length brown hair which she often keeps on experimenting with different hair dyes like pink, blonde, green, etc. 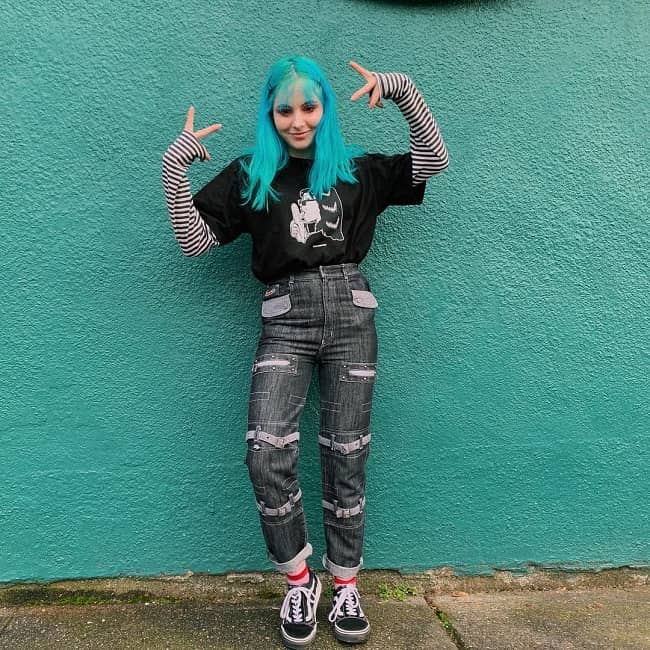